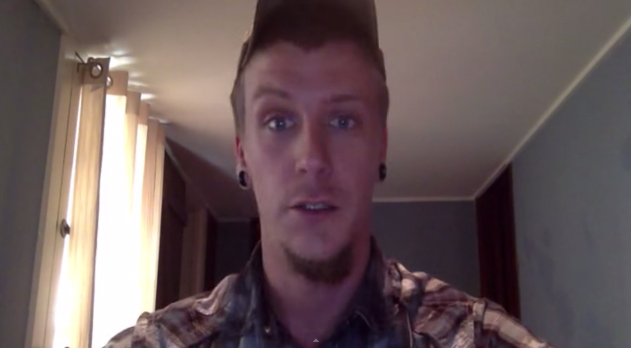 This salesman from Gander Mountain should choke on a bag of dicks. If you’re going to recommend a type of gun to someone or help them as they get started – don’t be the kind of shady bastard Dick Tip is talking about in this video.There’s a lot of truth in this rant.

Warning: NSFW language. Lots of that too.

We included translated text for those of you who don’t speak hollow-eyed inbred as well as Mad Duo Dave and Hondo do.  Here’s the video. The transcription is below. Feel free to read along, unless you’re one of those mouthbreathers who reads half out loud and traces each line with your finger. 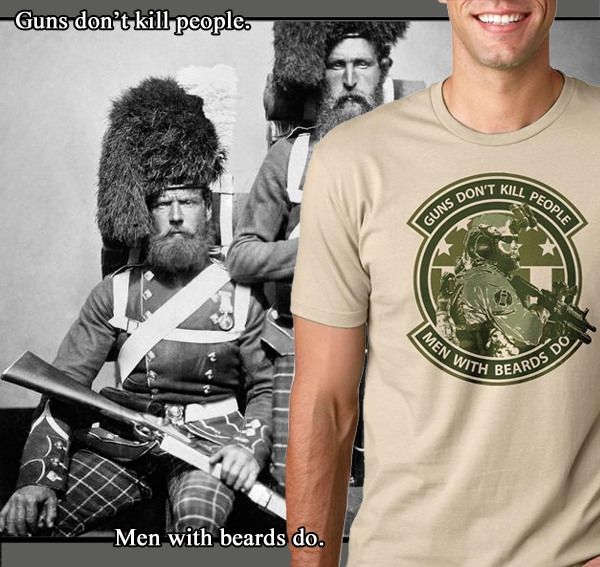 Alright guys! My name’s Dick Tip, I’m here to tell you guys a little story today. Um, couple weeks ago…..I was in fuckin’ Gander Mountain…..um….number one, that was my damn problem to begin with, I was in damn Gander Mountain……uh……and I thought I was gonna go in-nair and mess with some people you knows, get myself inta some trouble….er….er something, and uh, and I go in and I, I see this man standin’ at the counter and he’s talkin’ to two females about uh, pistols. Now, one thang leads ta tha next, and he looks over at me and he makes eye contact, and I thought, ‘I’m-onna fuck with him.’

So I go waltzin’ on over dere, I over…I overhear …..him talkin’ to these two women. And uh, I hear him say, “A nine millimeter ain’t a good gun unless you a good shot cuz one round won’t kill nobody unless you hit em right in the face. But if you wanna gun that is one round to da ground, you need a forty-five.”

And that sumbitch gave the greasiest damn smile you ever see in your fuckin’ life.

Now I seen some twisted shit….um……this mother fucker was DIRTY. I could just tell that sumbitch would cheat at Yu-Gi-Oh. Um, they had already said to him, twicet, that they had never even bought a gun….never shot a gun, nuthin’. They were gonna be takin’…buyin’ a gun so they could get their conceal-perry-uh-concealed carry…..permit…uh, and this would be their first gun purchase.

Now, you could just tell this evil little bastard’s eyes was lightin’ up. ‘Cuz he was like, ‘fuck yeah Ima get me a good-ass sale!’ So then he reaches in the cab-net….um….the little gun counter thing? Y’knaw that clear thing….ya little see-through thing…..you know they made up for you ta like hafta um…..the thing that has all the guuuns. It’s like a damn…gun…bed…or some shit. Gun sanctuary…..er….he reaches in-nair and he pulls out a Smith-N-Wesson M and P forty-five compact.

Now I don’t know-bout-chu-guys, but uh, for those of you who aren’t hip to the gun…..community….forty-five compacts are no joke and you shouldn’t be messin’ wit em if that’s yer first fuckin gun…specially if you’ve never shot a gun before and especially if you’ve never um carried a gun, um, so….when he got done makin’ his sales pitch, I felt it was my job to follow these two women away from where this….this man was, the salesman.

“I feel I should tell you guys sumpthin. Don’t listen to a goddamn thang that sonuvabitch said because that motherfucker was lyin’ ta y’alls asses!” And they just looked at me like I had just fuckin’ given some diet pills to an Ethiopian…..um. So then they asked me what was goin on and I was like, “Ya know y’all don’t need to be buyin some shit because that dude’s tryin ta make a sale. Um, ya need to go somewhere, and try a damn gun out, and see if ya like it. If ya don’t like it, take that one back and go fuckin’ try sumpthin’ else. Ya don’t need ta buy sumpthin’ because he told ya what to buy. Especially a damn forty-five compact, that dirty bastard.”

So anyway I go back on over to him, because you know, I KNOW his ass was jealous a-his mouth, ‘cuz the amount a-SHIT that came outta that motherfucker that….was impressive. So I go back over to him and I’m like, “Hey man, can I see that Sig Sauer P320?”

“Oh yeah, man!” Reaches in the cab-net, hands it to me, and didn’t hand it to me like this….[holds barrel of pistol, grip out]…..he hands the damn thang to me like that…..[holds grip, aims gun barrel at camera]….he didn’t even clear it…..didn’t drop the magazine….nuthin’. Just ‘here ya go!’ Just ‘here…..grab it!’ So I carefully grabbed it from him and I….made sure it was clear and I say, “You know, whadya know about dis gun?” And he goes, “Oh that’s my favorite forty-five they’ve ever made.”

Now mind you, this sumbitch has nine millimeter pasted ALL over that sumbitch. I mean it said nine millimeter in at least six places on that fuckin’ gun. And I’s like, “are you sure this is a nine millimeter?” And he goes, “yep, that’s my everday carry!”

So I hand it back to him, and I said, “do you mind if I see that two-twenty-seven sittin’ right next to it?” And he goes, “You mean that striker-fired one?”

So I didn’t wanna argue with him no more.

So he just hands me the gun, again, barrel first, and I’m like, “HOLY FUCK!”

And he reaches in the cab-nit and he pulls out a 1911 and he says, “You see how big this one is, has that big ass hole in it?”—pointed to the commander hammer—he pointed to it and he goes, “That’s a hammer.” And then I said, “HOLY FUCK!”

So I hand him the gun back, and I said, “You have a good day.” And I walked the fuck outta there…..

When sumthin’ that dumb is bein’ shot outta someone’s mouth, at that rate, some sorta bad shit’s gonna happen. I didn’t care. I’s getting the fuck outta there….that’s a damn dangerous place to be.

Gander Mountain. I don’t give a fuck if I’m hurtin’ your feelins or not. You need ta stop hirin’ fuckin’ dickheads that are lyin’ ta people tryi’n ta make sales. FIREARMS are not a goddamn joke! You need ta have some people who are trained! You need ta have people who can actually take accountability for the shit they say ta people they’re tryin’ ta sell shit to! I’m sorry but that’s fucki’n wrong! You gonna get somebody fuckin’ killed. And if you get somebody fuckin’ killed and they come back and sue your ass and you lose everything that you guys have ever fuckin’ done, you fuckin’ deserve it. So number one: FUCK OFF. Number two: hire some people who have a goddamn brain and a backbone and morals. I feel like anybody that says some shit like that should be held accountable and be fired imme-fuckin’ immediately. No matter how good they are no matter how long they been workin’ there. If you fuckin’ lie to someone, about FUCKIN’ FIREARMS, YOU ARE A FUCK! YA BUNCHA FUCKS!!!!!

I know I mighta said some stuff that pissed y’all off, but I don’t give a fuck.

This rant is Swingin’ Dick Approved. 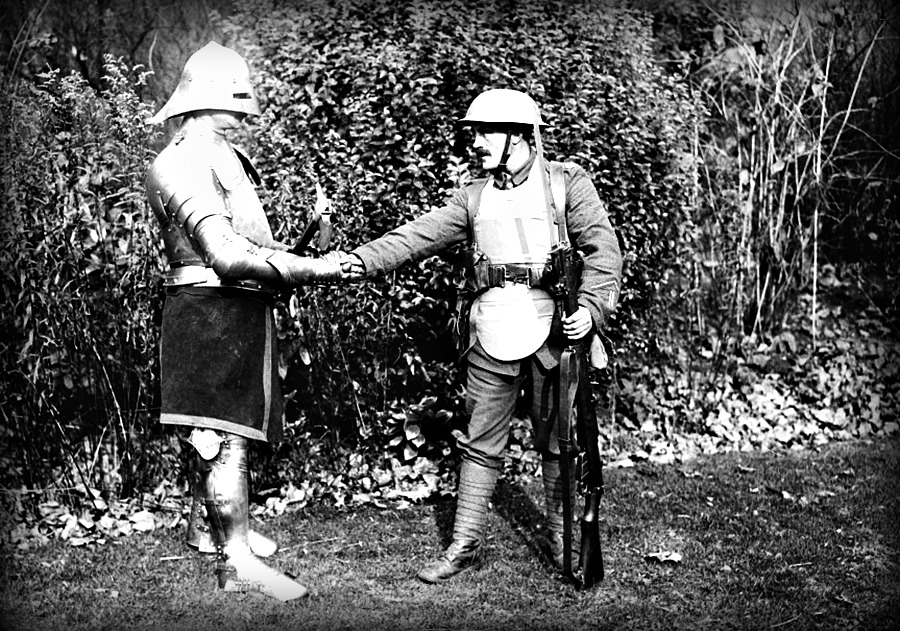 The Right Tool for the Right Job – Not Always Armor 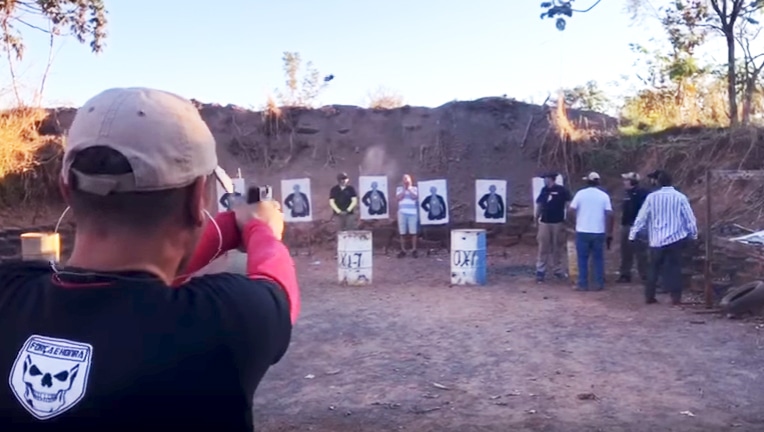 Just the Tip: Nobody Downrange Even For Training 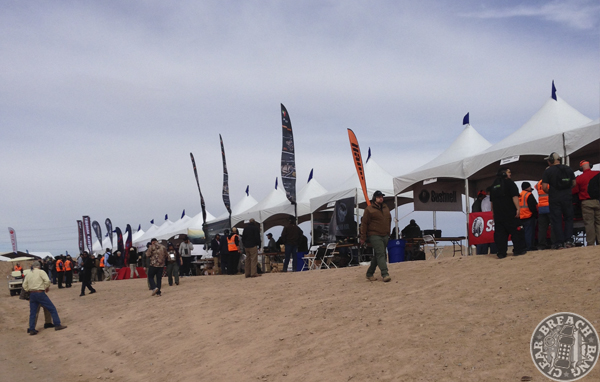