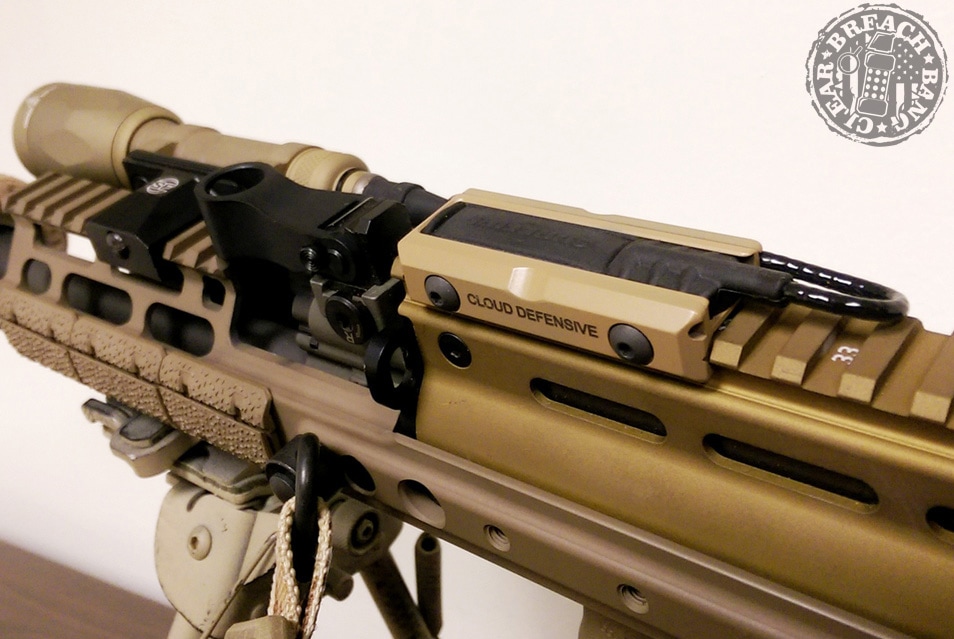 Sometimes when you want or need a product that doesn’t already exist, you’ll have to come up with one yourself. That’s what Sean McCauley of Cloud Defensive did with the LCS Mk1 & ICC. The first generation of the LCS mount is a solid solution for attaching the Surefire ST07 remote switch to your long gun. 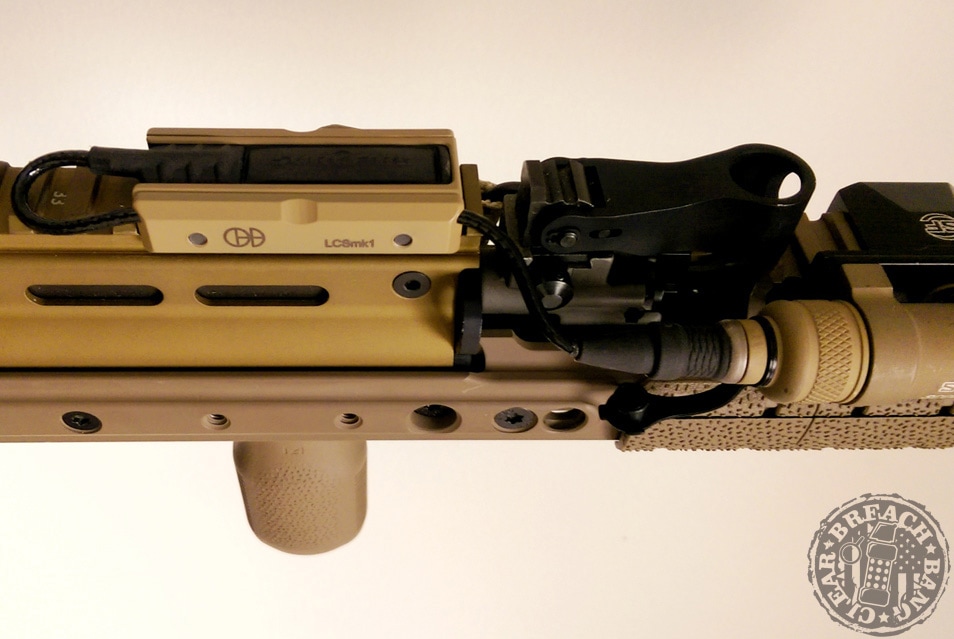 Cloud Defensive didn’t stop there. They were already working on an improved version of the LCS based on feedback from their customers, myself included. With a few months of designing, machining prototypes and working out the kinks, the LCS Mk1 Gen 2 was made. They were made available weeks before the 2017 SHOT Show. 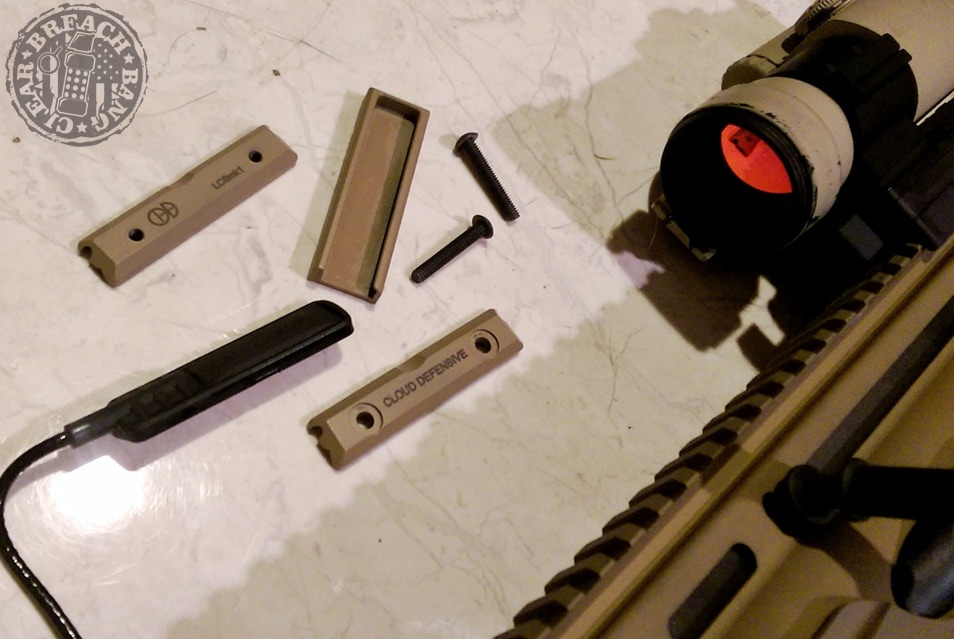 I met Sean McCauley at SHOT and he handed me a brand new LCS Mk1 Gen2 in FDE with my name on the package. One of the best things about my first SHOT experience was meeting people I’ve worked with in the industry that I only know over the phone or the internet, and seeing old friends I haven’t seen for years. I digress; back to the review. As soon as I got home, I started to mount the Gen2 to my SCAR 17s. 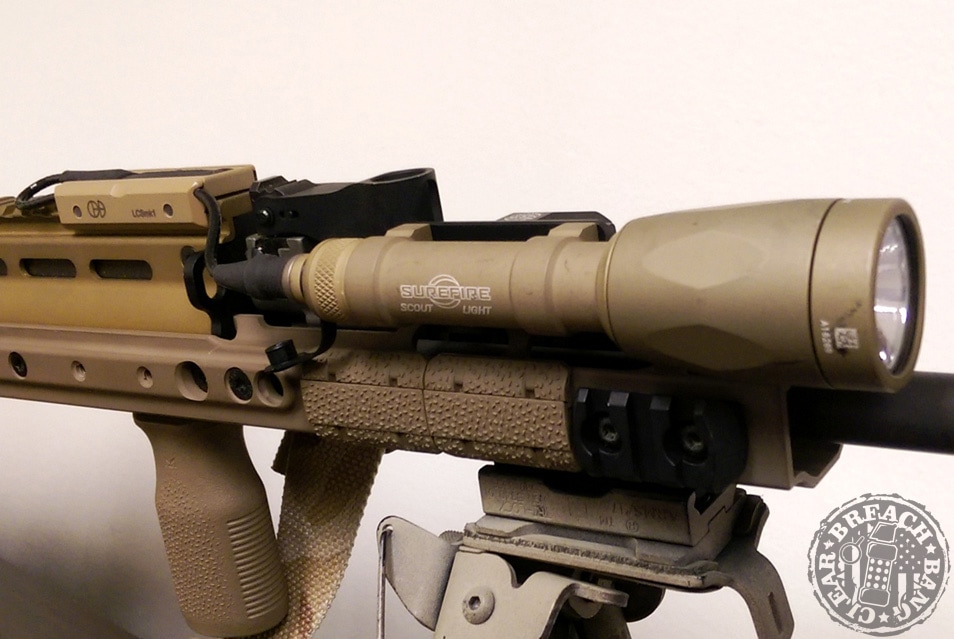 From the first appearance of the Gen2 compared to the first, it looks a lot more sleek and low profile and it’s hard to believe how light it is. The Gen2 is comprised of three parts: the base where the switch slides in and the two sides that have cable slots cut into them. With them are two screws that lock it all together.

This design is a departure from the Gen1, which was a one-piece design that requires the user to slide it over a rail section. With the Gen2, you can place it on any rail without having to remove anything that may be in the way, i.e. front BUIS etc. The fit was also improved for the ST07 switch. It slides in easier and snugly when compared to the first Gen LCS.

I was able to mount the Gen2 on the top rail of my SCAR behind the front BUIS, something not possible with the Gen1. Installing it could be a little tricky, but it’s simple and straight forward. Once you have the perfect location and amount of cable that needs to go in there, just tighten the screws with all the pieces together and you’re done!

Since Gen2 is so low profile, it’s not in the way and won’t snag on anything. Having a cable slot on both sides allows you to manage your cable any way you want it. It also is included and not a separate item like with Gen1. 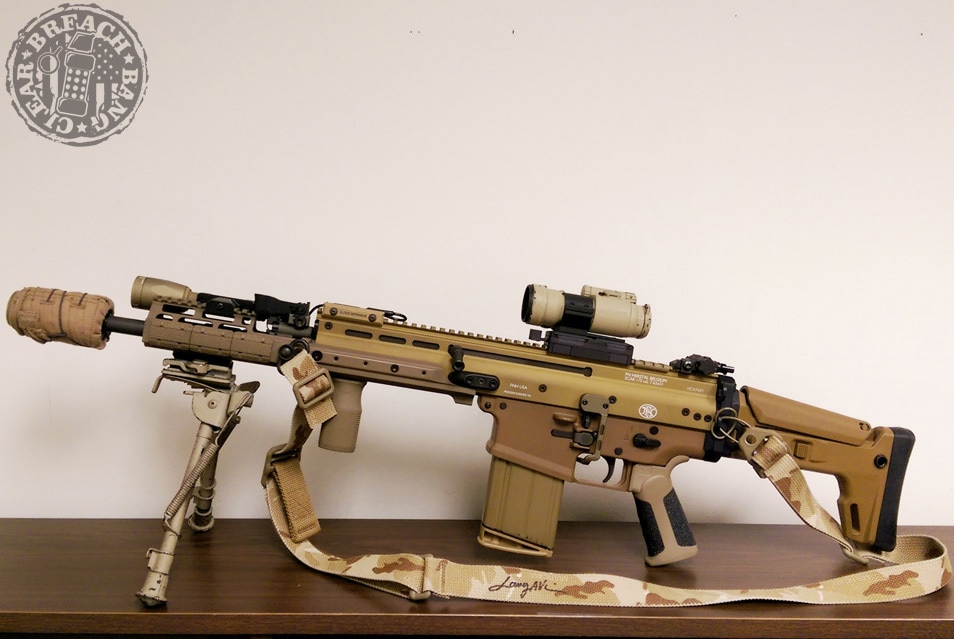 The Gen2 is exactly what I wanted in a mount for the ST07. It’s the Gen1 perfected. I mean, what more could you want? It’s lighter, stronger, lower profile and has an improved finish. And you get the same result of having a positive base to push the switch against; no matter where you press, you’re going to get activation when you need light.

The Gen2 comes standard in Black and is available in FDE, Burnt Bronze, Urban Grey and Bazooka Green for an additional charge and lead time. They’re available now and if you purchased Gen1 LCS’s, you’ll get 40% off on the same quantities that you ordered. 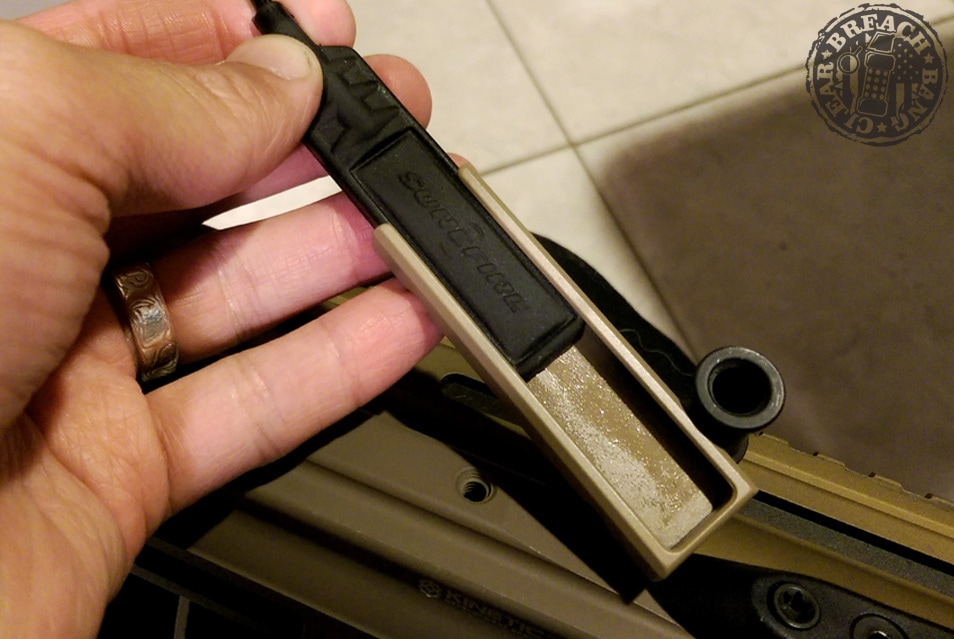 Cloud Defensive isn’t done yet, they’re just getting started. Since a lot of people have been asking them for a LCS for the Streamlight Protac Rail Weapon Lights (our review here), they’re currently working on the LCS Mk2 which will fit the Streamlight dual-function tape switch provided with the ProTac kit. That’s in production now, so expect them to be available in the near future. 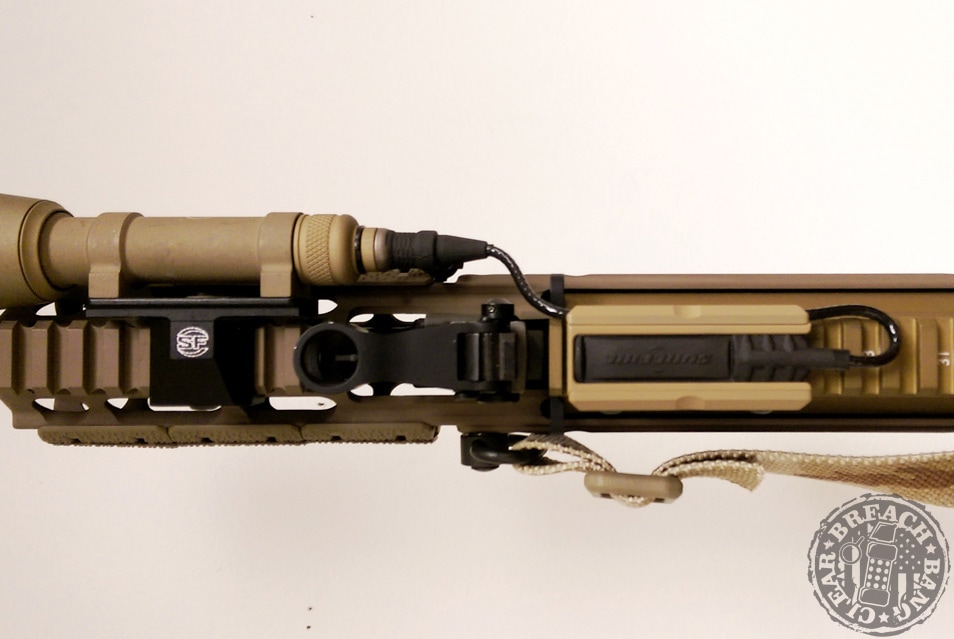 Sean is always innovating to make things better than what’s currently available. Everything from start to finish is all designed and made in America, which I’m always a fan of. Cloud Defensive stands by their product, which have a lifetime warranty, and Cloud’s customer service is excellent. 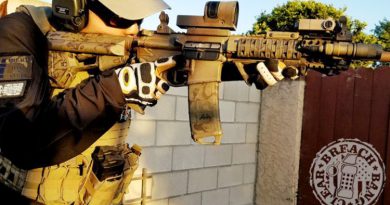 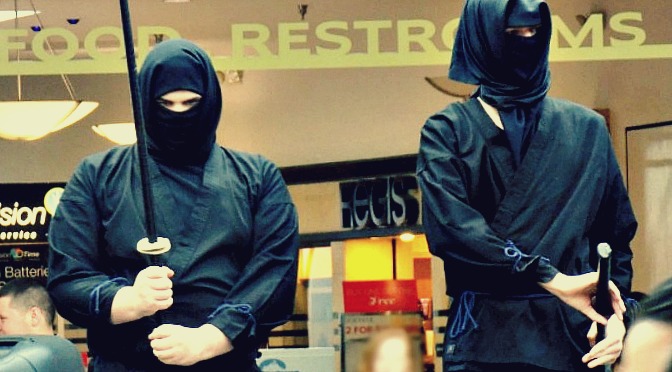