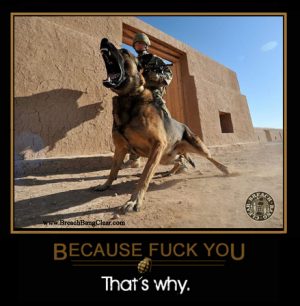 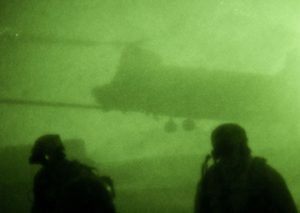 Here are a couple of the new books about to hit the shelves, and an excerpt from each: This Day: Not Easy For the second time anywhere, the first-person account of the planning and execution of the bin Laden raid from a Navy SEAL who was standing right behind “No Easy Day” author Mark Owen when the unarmed terrorist mastermind was killed. The blow-by-blow narrative includes the helicopter crash that nearly killed the author, leading to an eventual court martial before he was cleared of all charges. Excerpt: Suddenly, the ’copter blades starting making this ear-splitting whoo-whoo-whoo sound, followed by the sickening clatter of shearing metal. No doubt about it—we were going down. My right hand tightened like a noose around the throttle control, in a manner wholly consistent with my training and for which I could not be held guilty in any court of law, even a military court…. 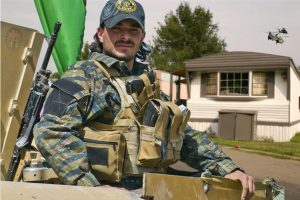 This article may not catch any of you by surprise. The news is a couple weeks old now (or whenever the hell Isaac hit the coast). It’s still interesting. If you want more current/breaking notifications (like the news of the new book about the SEALs now deploying to Libya) we suggest The Duffel Blog. They have great journalists and their editor Paul is not only our friend, he’s an all around great guy. It’s a little weird that his favorite card game is nekkid slapjack, but whatever.

(B-B-C News) “Schools, sewers and roads will not be sufficient,” Helmand Provincial Reconstruction Team Spokesperson Capt. Lisa “Poon” Poniatowski “Our mission is to help the Afghan government deliver governance and improve development across Helmand Province. The distribution of manufactured homes for every Afghan that wants one will be a critical force multiplier in counter-insurgency efforts throughout this and other provinces.”

Though the Provincial Reconstruction Team in Helmand Province is a multinational effort comprised of military, civilian and NGO personnel from the UK, Netherlands and Estonia and led by the UK, substantial numbers of US military personnel are involved.

Lt. Gen. Charles Gordon Algernon, putative commander of all US military personnel assigned to PRTs and Embedded Training Teams (ETTs) in Helmand, has good things to say about the idea—and the NCO who came up with it.

“It’ll be like a little bit of Arkansas right there in Lashkar Gah,” he advised TDB enthusiastically via Skype from his headquarters in the Burj Al Arab. “You have to look at what’s been going on in Kajaki, Musa Qala, Nahr-e Saraj and that one place where all the kids look especially retarded, The Taliban continues to sabotage what we do for these people. We must do everything possible to secure the good will of the people of Afghanistan, but we must do so within the constraints of increasingly limited budgets. Indigenous Mobile Manufactured Dwellings are the perfect answer.” 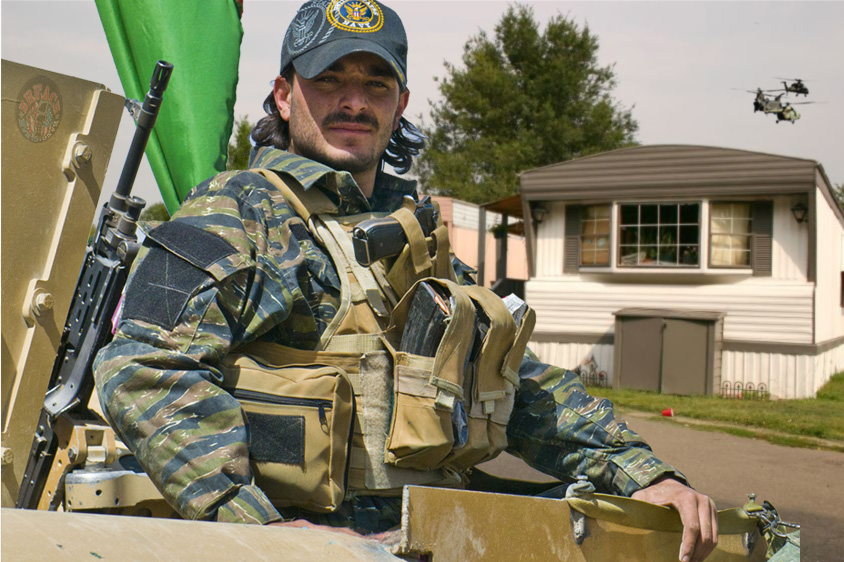 A member of the Afghan National Police Force patrols through one of the new Indigenous Mobile Manufactured Dwelling villages near Kajaki. It is hoped that both ANP and ALP personnel will develop a sense of ownership so they don’t run away as often or shoot their Coalition counterparts unexpectedly. “It’s a perfect fit,” GySgt Aponte says, “most of the ANPs rock mullets anyway. 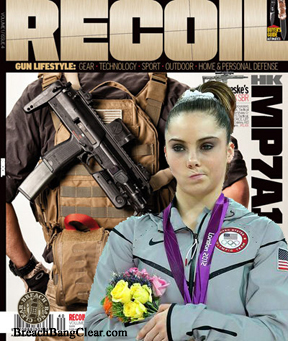 We’ve been getting a lot of messages about the Great Recoil Calamity of 2012. We were going to sit this one out, with all the fur flying and the tumult, the mobs with pitchforks and torches, the bloody waters around the feeding frenzy… What do we think? Jerry Tsai, the editor, anti-2ND Amendment? BURN THE WITCH! Put him on a scale with a duck, that’s what we say. Except, wait…do we know that he’s against the 2ND Amendment? ‘Cuz, see, the way we figure it, there’s a difference between misunderstanding the 2ND Amendment and opposing it. Right? BLUF: Everybody needs to take a deep damn breath here. Let’s be brutally honest. This guy committed the gun magazine equivalent of publishing a pro-pedophile piece in a Boy Scout magazine. At first glance it might indeed seem he went full retard – there can be no doubt that his dick is extremely… 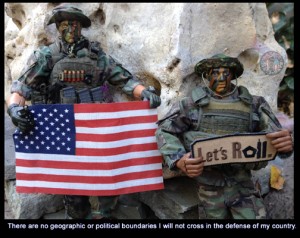 We were trying to think of how to express what we think, which is of course what our handlers think…then we read what SFC (R) Schlitz wrote. SFC Schlitz is an example of stoicism and determination that dwarfs anything we’ve ever been forced to display, or could. He is a warrior poet, in the sense that he is able to express things that otherwise defy description. We’ll quote him here: Today I won’t be posting what the World Trade Centers use to look like, What it looked like during the Attack, or even what the aftermath brought. I don’t need to. That day will be forever burned into my memory just like so many other Americans. Instead I will force myself to recall every minute of that horrible day. Where I was, who I was with, and what we were doing when we got the news and saw for ourselves… 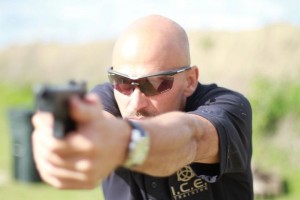 We're obviously proponents of the 2ND Amendment and always have been. That said, we can't help but take issue with knuckleheads who intentionally forth to pick a fight with (i.e. stage a confrontation with) local law enforcement to prove a point. That just reflects badly on all of us. It's the same as a few of the vile and threatening comments that were posted on the Recoil wall yesterday. Disagree with them – vehemently – if you wish, but don't make us all look like bloodthirsty idiots to all the lefties who'll love the ammunition. Open carry is perfectly legal in many jurisdictions. That doesn't absolve you of the responsibility to represent the gun-carrying, pro-2A community well to the world at large. If you go pushing for an altercation to show how your rights are being violated, you're acting more against our mutual interests than the granola-loving 'sporting weapon' Brady… 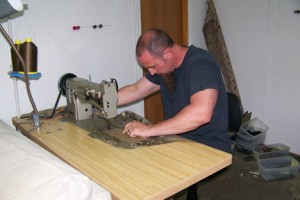 Here’s a question – how can the guys that did Expendables and Expendables 2 invest in some kick ass fightin’ jewelry like the stuff from Steel Flame, but put the characters in Blackhawk gear? Seriously? Blackhawk? That’s like…John Wayne wearing Condor…okay, maybe not that bad. Anyway, one of the manufacturers we do approve of here at the Breach Bang Clear World Domination and Hippie Pogrom Coordination Headquarters is Original SOE. You’ve probably heard us talk about them before. Yes, John can be…abrasive. Sure, some people are wounded by his unapologetically profane candor, but isn’t it nice sometimes to deal with someone who’ll tell you to eat a dick straight up instead of dancing around about it, or being an asshole behind your back? In any case, doesn’t matter. While it is true that Original Special Operations Equipment and John Willis are not gear manufacturers for the faint of heart or…

Allright, time to clue you muddy moose knuckles in on the MRE Dinner Date story if you aint already trackin. Classic shit, even if it is from a fuckin Jarhead. MRE dinner date – the following is a story from a young Marine. I had a date the other night at my place. On the phone the day before, the girl asked me to "Cook her something she's never had before" for dinner. After many minutes of scratching my head over what to make, I finally settled on something she has DEFINITELY never eaten before. I got out my trusty case of MRE's (Meal, Ready-to-Eat) Field rations that when eaten in their entirety contain 3000+ calories in each meal. Here's what I made: I took three of the Ham Slices out of their plastic packets, took out three of the Pork Chops, three packets of Chicken-a-la-king and eight packets of… 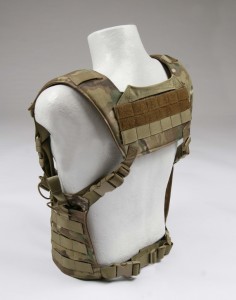 BCS Tactical has come up with a new padded harness that will work for any of their chest rigs (AK47, AK74, “Recon”, 7.61 and Combloc are their current styles). The harness is a one-piece intended to add ‘comfort, function [and] stability’ in addition to enhancing performance. Thismight just be the perfect missing link between a full LBV and chest rig, but as with all PCs and LBE it will largely ocme down to the preferences of the wearer. BCS Tactical isn’t one of the larger, better known companies out there but they do make some solid kit (members of our team have tested other piece of BCS gear before). We’ve also spent some time talking to their HMFIC and are glad to report that he does seem genuine about building solid kit that meets the needs of end users without being either a used car salesman or one of those… 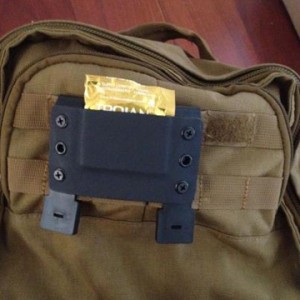 Whether you’re using tactical condoms, regular condoms, or just some kind of saran wrap under your ghillie suit, nothing says you mean business like the DICK: the Dynamic Intervention Contraceptive Karrier from Off The Grid Concepts. Says OTG, “Ever had that awkward time where you don’t have a resilient condom carrier and realize your wallet isn’t enough? Too much wear and tear on your “safety” mechanism? Have you ever been at the range and taken a bad shot you wish you could take back? Owning one of these has the potential to change your life as you know it.” This is a high speed, low drag piece of necessary kit for any doorkicker’s armor or war belt (insert mandatory negligent discharge comment here). Though this is piece of contingency kit only, you can bet there will be double and quad stacks coming for the younger (faster) shooters – you know…