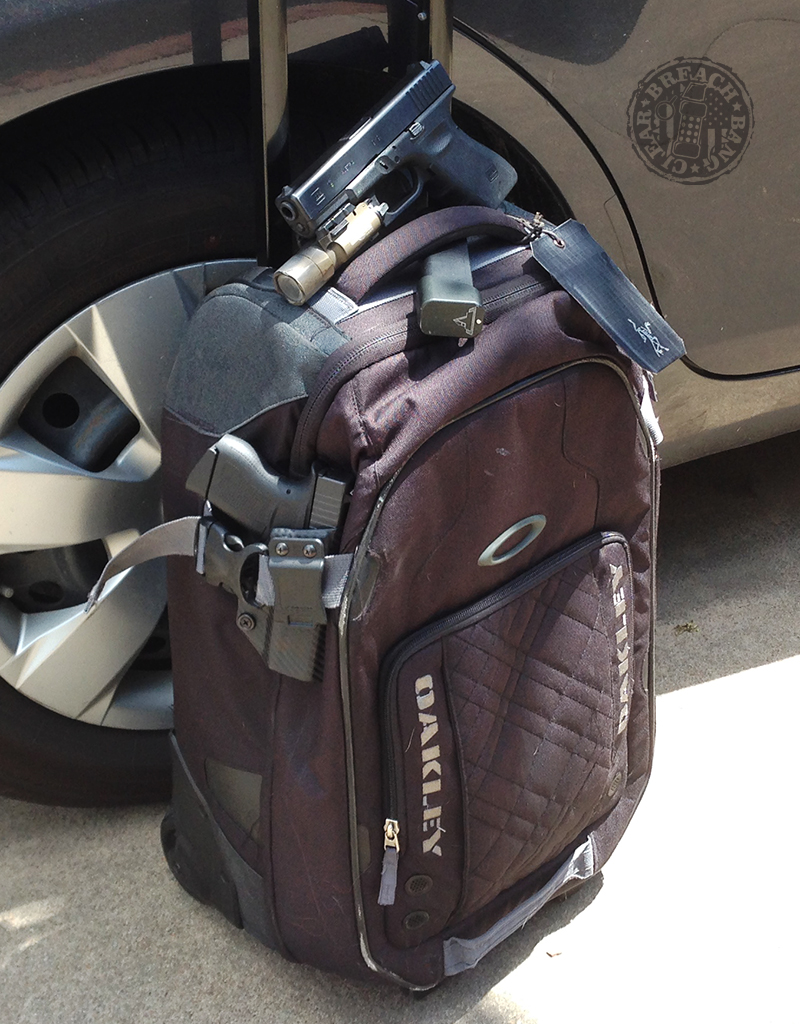 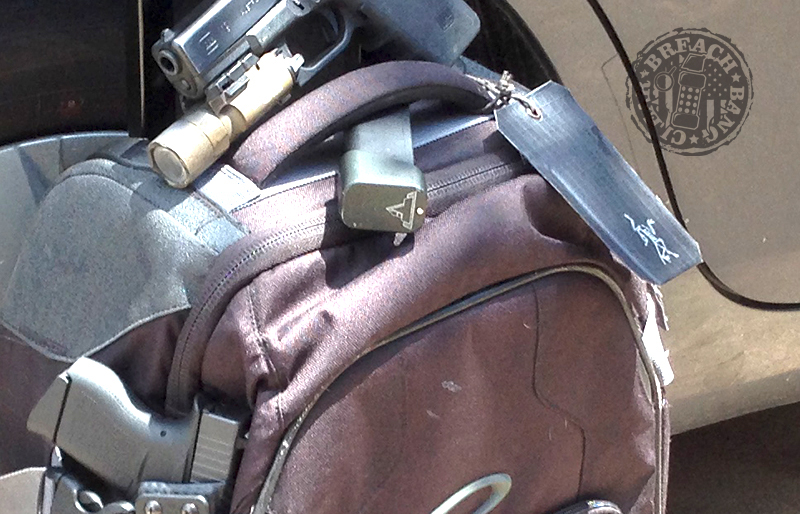 I travel a lot. Frequently I do so with a firearm. For the purposes of this article, I’m going to focus on just that: traveling (and flying) with a firearm (vs. how I carry, how I secure it, etc. — that will come in the future). As a retired LEO (that’s Law Enforcement Officer of course) I am authorized to carry a firearm in all 50 states under HR 218 – the LEOSA Act (Law Enforcement Officers Safety Act – yes, I know that was redundant). I won’t be getting in to the details of HR218 other than to emphasize that all who qualify under this act should learn as much as possible about it and stay up on any and all changes. It does not provide the complete freedom to carry a firearm you think it might.

I recently attended a conference in New York City and learned – the easy way – that I was potentially in violation of very strict laws in New York and New Jersey. I spoke with a gentleman who was scheduled to give a presentation about HR218 to active and former LEOs. I told him I was looking forward to his speech as I frequently travel armed.

He immediately asked if I was carrying, and I replied in the affirmative. He asked what type of firearm and the number of rounds I usually carry. After quick reflection, I told him, “Usually ten.”

Red Flag! – There is a NYC law banning anything over 7 rounds in a 10 round magazine (everyone feel safer now?). Okay, easily remedied…download magazines. H218 says you can carry the weapon – not that you can have 10 rounds in your magazine, you vicious desperado.

OK – this is where it gets serious. Real serious.  Let’s say hypothetically a fella was to fly into or out of Newark and this local LEO was correct in his understanding of the law. In fact, let’s say a fella was to walk, drive, skip, roller skate or in any other wise travel through New Jersey with hollow point ammunition. That fella could, if what the local LEO was telling me is true, expose himself to felony charges. As in, a felony charge per round. No bullshit – and no exemption for LEOs, HR218 or no. Let’s just say this fella did NOT travel with said contraband, but gosh if I had….

I know what you’re thinking: there’s the whole “On The Job”, “retired from the Job”, wink and a nod/secret handshake/”we’re all good here right?” kinda deals that go on.

In fact, further conversations revealed of all the law enforcement and security agencies at Newark airport, the Port Authority Police are the final arbiters of law, policy, protocols and practices. In other words, the Port Police rule.

Now again you might be tempted to think there’s cop-to-cop We’re all good here, right? to fall back on, or maybe just some sort of objectively reasonable respect for a responsibly armed citizen.

Here’s a look at the extent of the Port Authority Police’s lack of a sense of humor. Further conversations at that conference brought up what I will characterize as a rumor about a recent class of Port Authority Police recruits. Apparently there was a celebration after said class graduated their academy prior to them embarking on their new exciting careers in law enforcement.

A bunch of these young would-be stewards of the public trust got themselves fired. Immediately after the little celebration. Careers ended before shift number one.

What would this mean for the aforementioned fella who was hypothetically traveling through Newark Airport with a box full of hollow point contraband (x 50 rounds)? Well, in short it would have meant 50 felony charges.

Hey wait a minute – I’m retired from the job! You wouldn’t arrest a fellow LEO, would ya?

Oh, sorry. I didn’t realize a whole batch of your fellow classmates were fired for not following the rules. I guess that means you are going to follow EVERY RULE. For EVERYONE. With no wink, nod, secret handshake or We’re all good here, right?.

Nope. No exceptions for LEOSA as far as I knew and as far as the local boys could explain. It very well could be the officer was mistaken or that there is an exemption for LEOs (retired and or active) – but I didn’t know for sure, I wasn’t prepared to find out the hard way and I hadn’t done the research ahead of time to make certain. That’s a mistake I won’t make again. 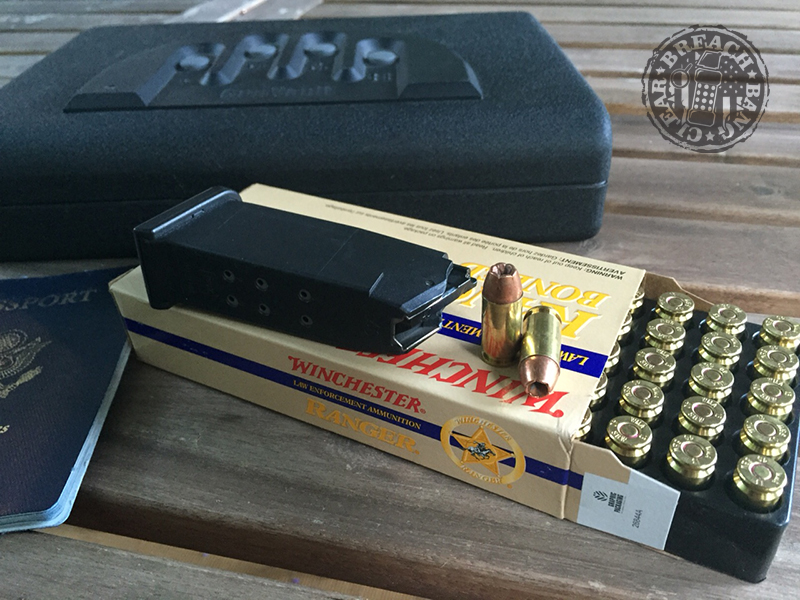 And this is why I classify this lesson as being learned the easy way. I was fortunate to receive warning of a potential FUBAR by folks who were looking out for me and every other active and retired LEO. (Edit: if the officer was wrong about local law, that’s just one more reason for the traveler to know; where one guy can be mistaken so can another, and one might be trying to arrest you instead of doing you a solid.)

Now, this was just one specific jurisdiction (and was admittedly anecdotal) but it was enough to end my complacency; the lesson of course this time is that you should get yourself educated about HR218 as well as the local laws of the areas you are traveling to and through. This applies whether you’re a LEO or armed citizen traveling with a firearm, even if the local area has some sort of reciprocity. You might be within your rights to carry the gun, just not the type (or amount) of bullets. [Edit: Maybe you’re good to g0, maybe not – read the local law and don’t rely on anecdotal advice pro- or con- and if you do, get it in writing as Haggard advises in the comments below).]

About the Author: A former copper from the Pacific Northwest, Brian “Breach Bang Brian” Montgomery somehow resembles the unlikely bastard child of Sgt. Phil Esterhaus and Ulysses Everett McGill. Despite all probability and predictions to the contrary the man loves a good bowl of grits. Like all good metrotacticals, Breach-Bang-Brian would rather buy his ammunition from Morris & Sons and pay eleventy times the non-retarded price there than shop at Wal-Mart or any other plebian retailer for bullets. We accept this because we expect him to maintain certain appearances and standards. Despite his Tier One sartorial genius and apoplectic response to jean shorts, Brian Montgomery is the sort of hair-product-using fellow who is nonetheless welcome in the company of skilled face-shooters and other assorted knuckle-draggers. A child of the 80s, Montgomery was a LEO for 2 decades who secretly yearns for the return of parachute pans and pegged jeans. As a LEO he worked everything from counter-narcotics to gang enforcement, probation & parole and of course patrol. He was (and still is) a firearms instructor and skilled interrogator with an uncanny ability to suborn intel from even the most recalcitrant tweakers, homicide suspects and other savory types. He’s had a long love affair with knives, beginning when he was just a lad working for Al Mar in a town we can’t pronounce in Oregon and he’s been decorated departmentally for valor. Yes, in case you have to ask: Breach-Bang-Brian is a Dapper Dan Man. 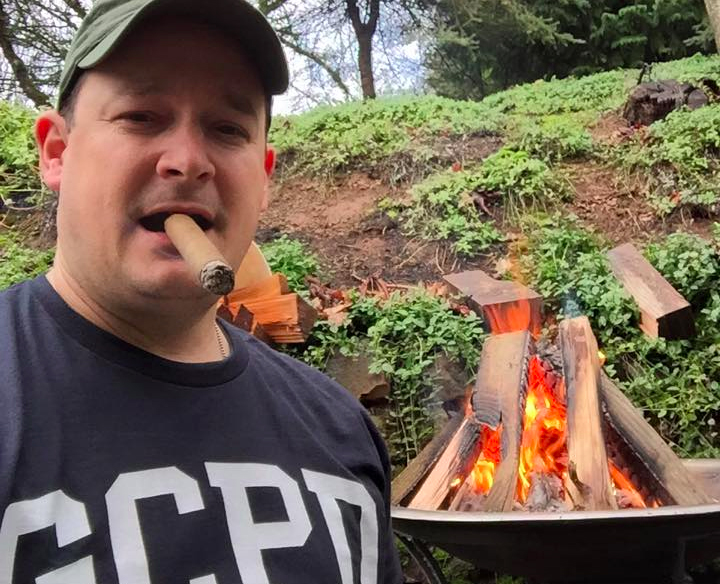 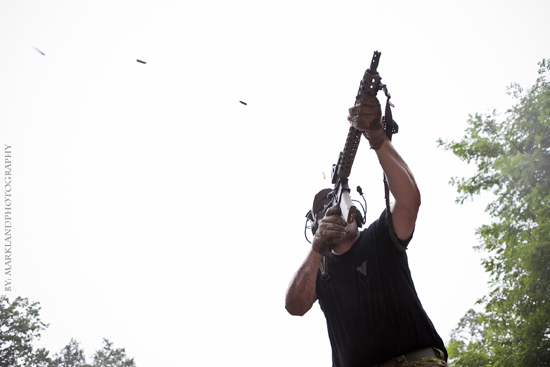 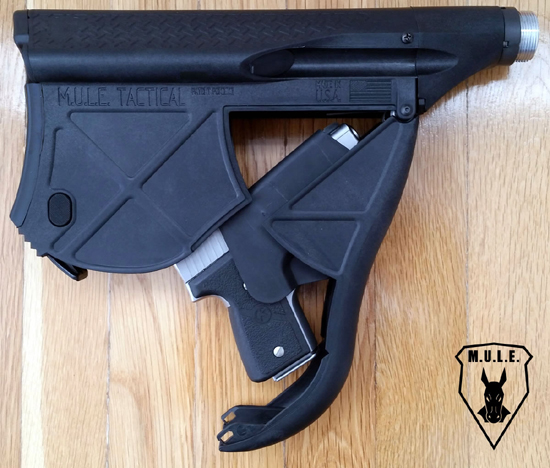 Tactical, Tactarded or Tacticool? The MULE 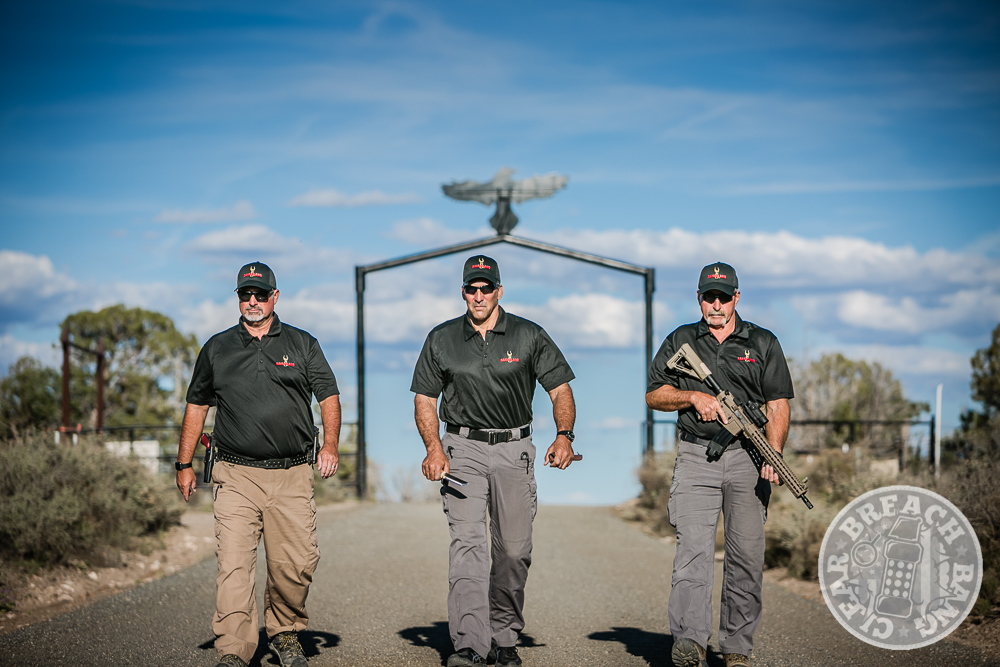 Being a Tough Guy for a Week [PART 1]