Quickscopes (not to be confused with flash sight picture) are usually seen in FPS games, but we’re going to use the term differently here. Think of quickscoping as a gear review equivalent of the brief two-pumps-and-a-tickle we gave your mom that time. Neither thorough nor completely satisfying, but well worth the (brief) time. 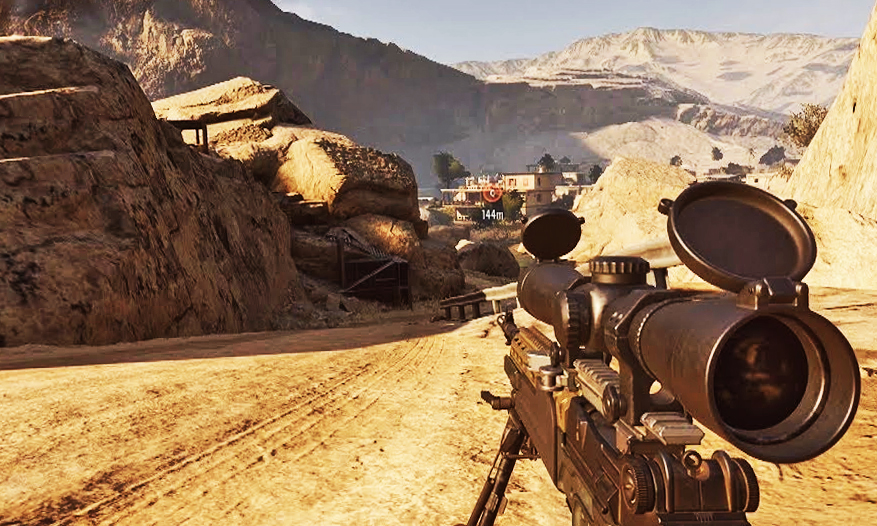 The term quickscope (it can be a noun or verb) refers to an activity usually seen in First Person Shooter (FPS) video games like CounterStrike, Team Fortress, Call of Duty Modern Warfare, and others like them.

Scroll down for topics we’ve “quickscoped” or just click here.

This is part of a quickscope explanation on WikiHow. 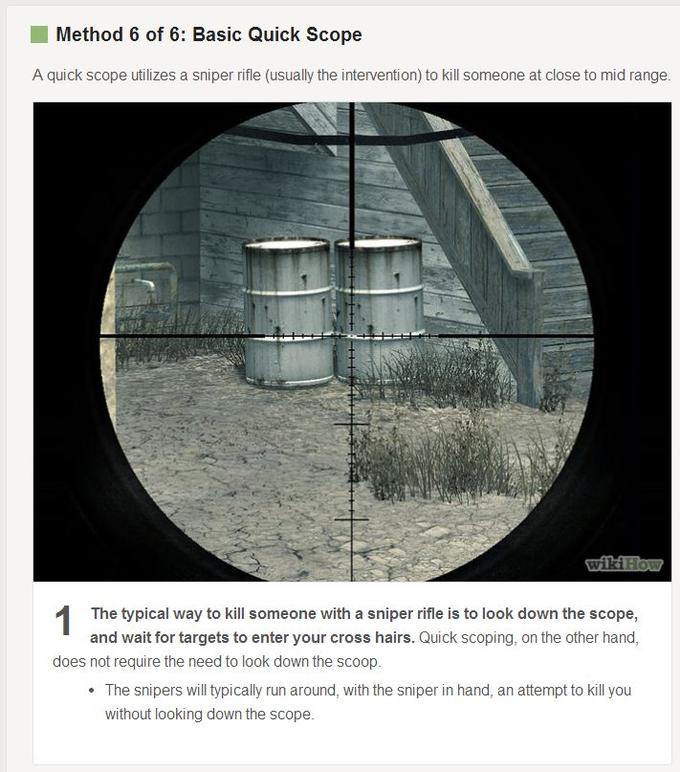 Quickscoping is a technique used in First Person Shooter (FPS) games like Call of Duty where you pop up a scoped weapon, aim down the sights or reticle, and kill an opponent extremely quickly. A quickscope kill usually occurs in under a second and will likely infuriate opponents (many of whom deride it).

Urban Dictionary defines it, in part, as “utilizing quick reflexes to spot an enemy, center them on screen as best as possible, and then zoom into your scope only to then fire as soon as the crosshairs are visible.”

Quickscoping in gaming vernacular is the opposite of hard scoping, which is the more accurate analog to real-world scopes and time spent behind the glass or “on scope”.  The activity in games is frequently reviled as a cheap or cheat method, largely due to game mechanics in games (particularly console games) that feature an “aim assist” that help put crosshairs on an enemy.

In other games, however, a successful quickscope is regarded as a mark of skill instead of an exploit. You can learn more about the term at Know Your Meme.

Here on Breach-Bang-Clear, however, we use the term to describe a brief, arguably cursory (though hopefully educational) look at something we’ve seen or heard about on social media or elsewhere. Most likely a quickscope like this will be an overview, with a more thorough follow-up article intended for the future.

It’s just as likely that we’ll never actually get around to writing the follow-on article.

From modern pinup to traditional pinup bomber nose art, Delta Magna’s work is c’est Magnifique, with a pinup girl for most eras of war.

END_OF_DOCUMENT_TOKEN_TO_BE_REPLACED

Today we have another story for you from YBH, The Most Interesting Man in Arizona. In it he takes a quick look at the Fireforce Rhodesian Vest he recently received as a gift from a friend. We fleshed it out a bit, though not by enough to do much more than...

END_OF_DOCUMENT_TOKEN_TO_BE_REPLACED

Far to the north, in the fetid, mosquito-haunted marshes of Genesee County, Michigan, lie the headquarters of the Small American Business called Southpaw Knots Trading Company.

END_OF_DOCUMENT_TOKEN_TO_BE_REPLACED

A product that doesn’t quite work right, or holds up well, or tastes good after brushing your teeth. Unfortunately, this is one of those times. Many of us use and love our Velocity Systems gear. We’ve told you so before. That doesn’t mean they always get it right.