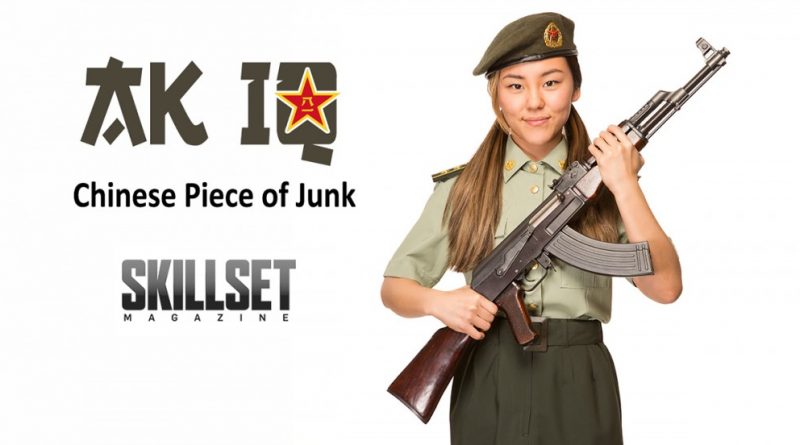 What is the best imported Chinese AK47? In the inaugural edition of Skillset Sunday we’re going back to Skillset Magazine issue #2: AK IQ, Chinese Piece of Crap to find out.

by Billy Cho. Photos by @Straight8Photo. Connect with on IG, @skillsetmag.

This is an exclamation we hear quite often regarding products that have been imported from China. For decades U.S. companies have commissioned Chinese manufacturers to produce products, for a fraction of the cost, rather than produce them domestically. While a lot of these cheaply-produced goods are garbage, not everything that comes from the Far East is.

It’s no secret that Apple produces most of their electronic devices in China. The iPhone has been the most popular smartphone for almost a decade, and aside from the opinions of several Android snobs, the iPhone does not even remotely suck. So is it possible that China produces some great products? Absolutely! Just look at their amazing AK platform guns, which some consider to be the best imported AKs (even over Russian models). 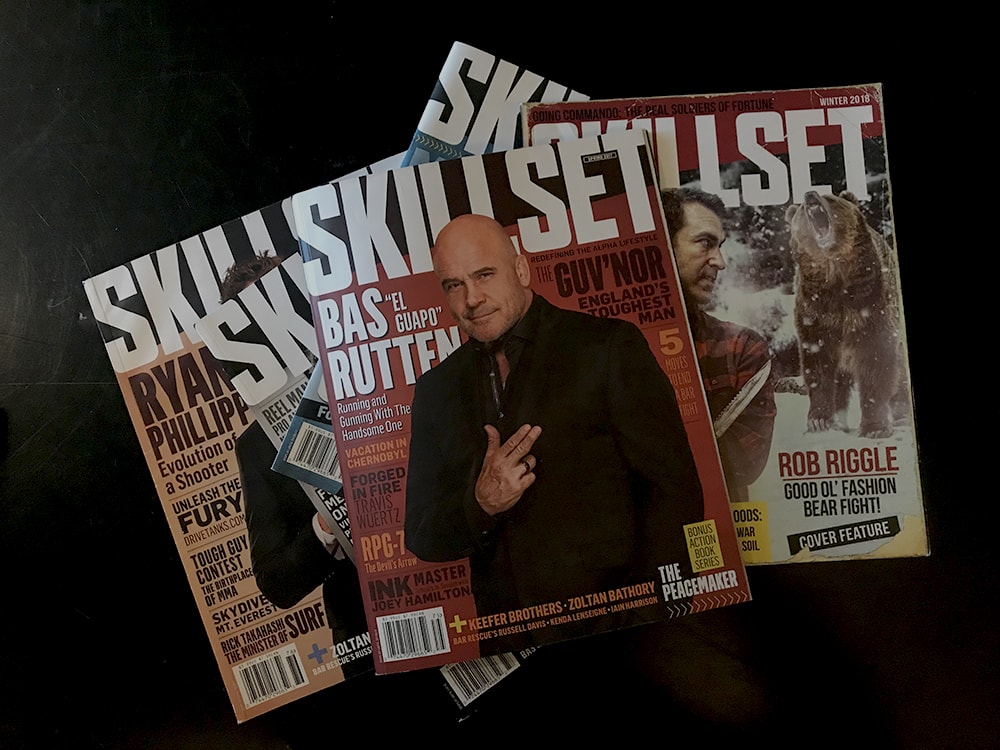 So what makes the Chinese AK so great? Attention to detail. They did not follow the eastern-European standards for Kalashnikovs. Chinese AKs used a 1.5 mm-thick sheet metal receiver as opposed to the 1.0 mm that is used in Europe. Right off the bat, this gives you a sturdier base — it makes the heart of your rifle tougher and more accurate.

Chinese AKs also came with much thicker barrels than most imported AKs. The barrels were pressed a lot tighter into the trunnions or milled receivers than any other AK out there. Having that super-tight fit and a thicker barrel, without a doubt, is one of the reasons the guns are so accurate. Their actions are smooth and their triggers are fantastic. Chinese AKs make a lot of other Kalashnikov-style guns look like and feel like pieces of shit.

Listen up! The AK47 is the preferred weapon of your enemy.

The first Chinese AK was called the Type 56 assault rifle. It was created in 1956 and is still in service today. A rough estimate of 10-15 million of these were produced. Countless numbers were exported to countries all over the world, including many African, Middle Eastern and Southeast Asian nations. These guns, unfortunately, were the ones primarily used by the Viet Cong during the Vietnam War. They ended up having a stigma for Vietnam War veterans that continues to this day.

Although a lot of the imported Chinese guns might look similar, their quality is a completely different story. Some might call the Polytech Legend the finest AK-platform gun that was ever imported to the States, while the B-West is a “hit or miss” purchase. All Chinese AKs are collectible, but not all are as valuable as others. 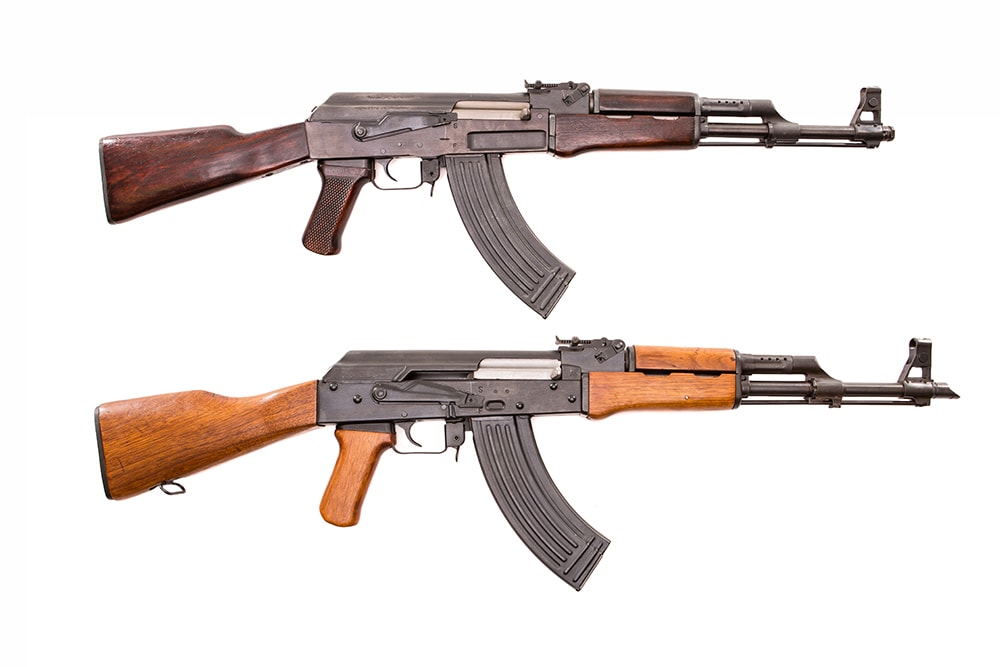 Here are some of the companies who have exported or imported Chinese AKs into the United States, along with some info about their models:

🇨🇳 Poly Technologies (Poly Tech) — these had the finest quality parts that were meticulously built into guns and brought into the States — the Holy Grail of Chinese AKs:

• The most collectable of all the Chinese AKs.

→Legend- Milled receiver. They also had a national match that featured longer hand-selected and air-gauged barrels. 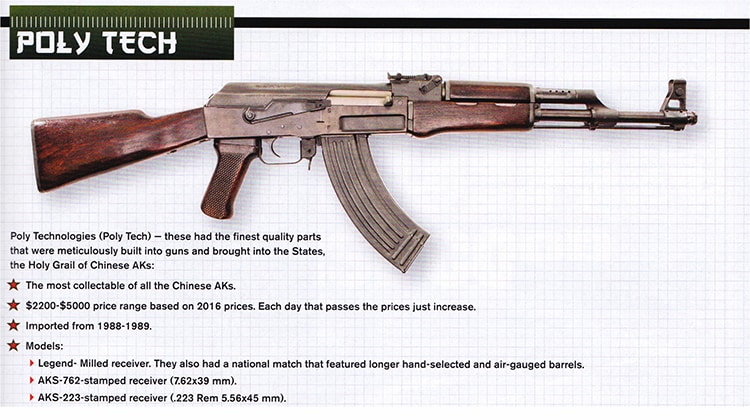 • They brought in more guns and more models than any other company.

• The Mak 90 is the most common Norinco AK. They came in multiple calibers. A milled receiver and two different style stamped receivers were available.

• “Angle Cut” and “Straight Cut” describes how the rear of the stamped receivers were cut. The straight cut is the more desired of the two, because it can be retrofitted to more standard AK accessories.

• They had thumb-hole stocks, non-threaded barrels, and bayonet lugs removed.

• Some had bi-pods attached and longer barrels similar to the RPK-style Russian guns.

• Standard AK parts, like the bolt and bolt carrier, can interchange with this platform.

• Some had issues with firing pins often piercing primers.

• Norinco also had the responsibility of importing for many smaller importers listed below. Many firearms that were imported could have multiple importers’ names engraved onto the receiver. 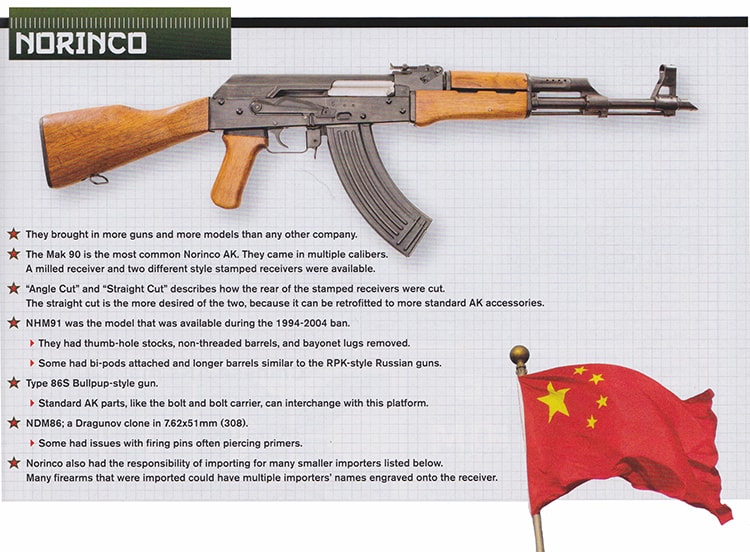 The following are importers are “notable mentions,” but were not heavy hitters like Norinco or Poly Tech. Some have pasts that are unknown or somewhat shady.

• These had warning instructions stamped into the top cover.

• Open front sight (as opposed to the covered on all other Chinese AKs).

• U.S.-manufactured ones had non-heat-treated guide rails and axis pin holes, which caused malfunctions after moderate use.

• You want to find a B-West imported as opposed to a B-West manufactured.

• Serial numbers that started with BWA, BWB, BWC or BWD are the ones you want.

• Serial numbers that started with 989 or 999 were the bad ones. They are still collectable, but were not heat treated correctly.

• Thought to be imported before or around the same time as Clayco Sports guns.

• No import/export markings on the gun.

• Most of these were purchased by the film industry for use in movies.

• Came in fixed-stock and underfolder models.

• Based out of California, it was an import company owned by the People’s Liberation Army of China.

• Unknown quantity or dates of importation.

• Both companies were shut down due to legal issues.

The only negative about Chinese AKs is that it can be difficult to find replacement parts for them. Good old Bill “Saxophone” Clinton signed some parchment that made it so that we cannot get imported Chinese AKs or AK-47 parts anymore. So, if you accidently lose the bolt of your gun, there is a good chance you will have to scour the earth to find one. And if you do find one, it requires you to take it to a very expensive, skilled AK builder to get it head-spaced to your gun.

Accessories: IMO, the Chinese AK mags are the best steel mags period! The spine of the magazine was smooth as opposed to having a knife-like ridge that went all the way down.  The smoothness allows it to flow in and out of the kit with ease. The Chinese also make the best AK drum magazines. Their design allows you to pop open the back and throw in rounds as quickly as you can.

⚠️ Warning: If you purchase a non-7.62×39 Chinese gun, be prepared to look through hell and high water to find magazines and replacement parts, and expect to pay a premium once you do. It will still be difficult to find replacement parts for a 7.62×39 gun, but this is still infinitely easier than finding them for a .223 or 7.62×51 Chinese gun. ⚠️

If you’ve gotten crappy products from China, it’s because the company that had them made does not care about you or your customer satisfaction. It’s not because the Chinese are incapable of producing high-quality products. The Polytech AKs are a testament to that. So, if you are smart, start searching those small-town gun shows and maybe you will find a gem of a Chinese AK hidden in the “Chinese Junk/Commie Shit” pile. Or maybe, like me, you are praying that our new President will open up the gates so that we can get more awesome guns from China again. One can only hope — BC

Check out SKILLSETMAG on Twitch.

And now, for those of you who are cunnilingual, 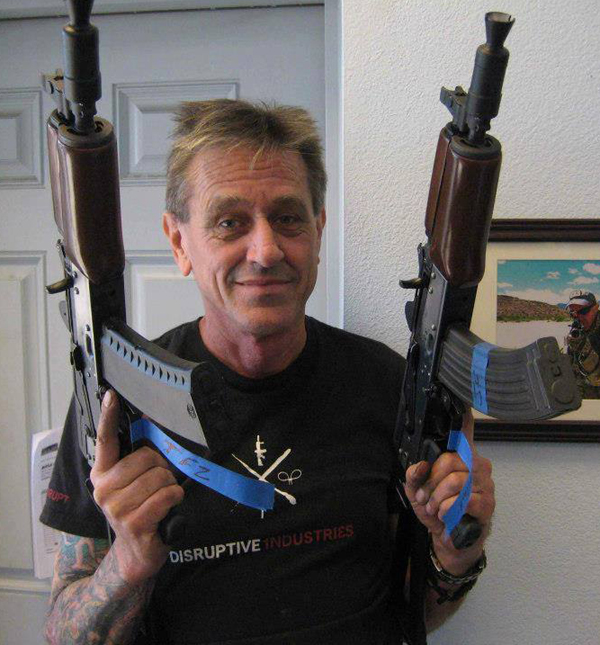 Snake Hound Machine, the Shoot Heard ‘Round the World and the Mad Duo 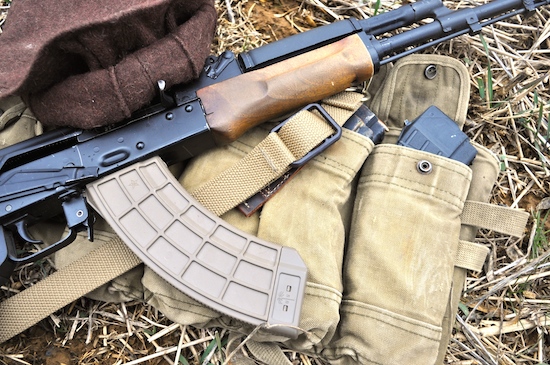