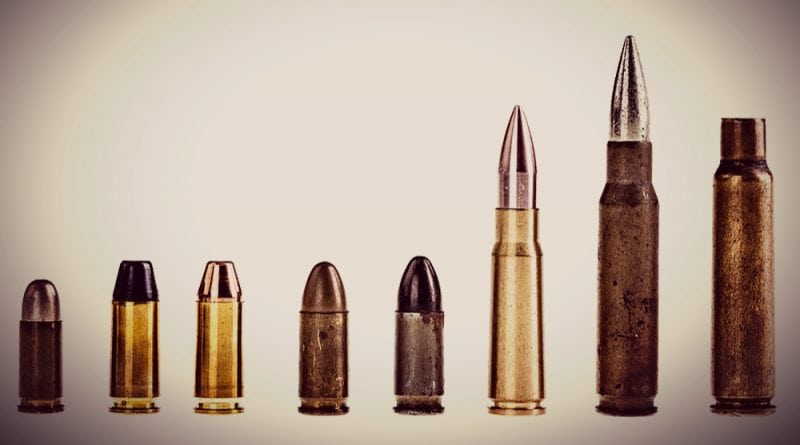 People gain firearm savvy in lots of different ways. Some are raised in a family culture that cultivates an intrinsic knowledge about guns and ammunition. Others learn through professional training and become active law enforcement or military personnel.  Many arrive at the doorstep of the firearm world through choice or necessity. No matter how you get there, you need to understand the ammunition that you feed your firearm. This is a very basic primer to beginning the learning process (see what we did there?)

Ammunition is packaged in a cartridge, which has four parts: the primer, propellant, case, and projectile (the bullet). A cartridge is often referred to as a ‘round.’ Shotgun cartridges can also be called ‘rounds,’ or ‘shells.’ They are called ‘shotshells’ when they contain pellets instead of a slug or other projectile — but regardless of what you call it, there’s no such thing as a magic bullet.

The cartridge head has a copper or brass alloy cup with a brass anvil. The cup is filled with an impact-sensitive lead styphnate igniter, called the primer. When the firing pin strikes the cap, the primer ignites the powder, causing the propulsion of the projectile.

Regarding primer, there are two types of ammunition. Rimfire cartridges have the primer on the outer rim of the cartridge base, whereas Centerfire cartridges have the primer at—you guessed it: the center. There are two types of centerfire primers: Boxer and Berdan. Boxer is the most commonly used and is identified by having a single flash hole. Berdan has 2 flash holes.

Generally speaking, the propellant is the chemical that propels the projectile through the barrel and out toward the target.  There are a few different types of possible propellants, including gunpowder (also called black powder), nitrocellulose-based powders, cordite, ballistic, and smokeless powders.

Some of these are out-of-date; for instance, cordite has not been a commonly used propellant since the end of WWII. If you’d like to learn more history about gunpowder, consider reading Gunpowder facts and history. Or, read up on powder burn.

The case (or casing) is the metal package that holds the cartridge components together, making it a complete round of ammunition. The inside is hollow and holds the propellant. It is thicker on the end so that when the striker hits the casing, the projectile moves away from the shooter. The other end is open so that it can hold the projectile.

Most often the casing is made of brass, but it can be made out of other metals as well. In fact, some manufacturers now offer lighter-weight polymer composite cased ammunition. Obviously, weight affects performance, so it’s important to know if the casing material matters for your purposes.

Commonly called a “Bullet,” this is a piece of metal (usually lead) that is seated at the open end of the casing. The bullet is the part of the cartridge that is expelled out of the end of the barrel and hopefully hits your target. Bullets come in several different shapes, for various intended purposes.

Ammunition is described by measurements. In the United States, the commercial market uses the US standard measurement, but most of the world uses a metric rating. The diameter of the cartridge is especially important for firearm safety and performance. If the cartridge is too large it won’t fit into the chamber, and if it is too small, the bullet will rattle around through the barrel producing unpredictable accuracy. And of course, the wrong sized cartridge can cause the barrel to explode, which should obviously be avoided.

In metric, the diameter is listed before the length. So a 5.56mm x 45mm cartridge is 5.56 mm wide and 45 mm long. Bullet diameters can be listed as whole numbers (as in 9mm) or as decimal points (6.5 Creedmoor).

Shotshells are measured by gauge, which indicates the diameter of the shell case, and length. A larger gauge indicates a smaller shell diameter.

Bullet weight is measured by Grains. It takes 437.5 Grains to make an ounce, so the larger the number of Grains, the heavier the bullet. Some ammunition labels spell out the word Grains, and others abbreviate it with “Gr.”

This is not the same as counting grains of powder.

Bullet weight can impact on factors like ballistics, accuracy, and recoil. For instance, lighter bullets can perform better in long-range shooting.

In order to know which size of ammunition to purchase, you have to know the caliber of your firearm. The caliber is the diameter of the inside of the barrel. It is represented by a decimal up to hundredths of an inch, as in .22, or in millimeters, as in 9mm. The caliber is identified on each firearm with a “rollmark” on the barrel.

Other Ammunition Options to Consider

The velocity of the projectile is measured in feet-per-seconds at the moment it exits the barrel of the firearm. Velocity decreases downrange, and some ammunition boxes have charts that detail velocity differences at farther distances. For example, look at this Sniper Country chart that compares .270 and .308.

Ammunition energy is measured as the kinetic energy of a bullet as it leaves the muzzle (or barrel) of a firearm. Commonly called Muzzle Energy, it is an estimate of the destructive (or stopping) power of the cartridge. It is measured by the Joule (J) or foot-pound (ft-lb) force.

Calculate the energy the bullet will deliver to the target on impact using the formula Energy = Bullet Weight x Velocity^2 / 450,437. In words, the bullet energy (in foot-pounds) is equal to the bullet weight (in grains) times the square of the bullet velocity(in feet per minute) divided by 450,437.

Read more about these options at Concealed Nation.

Anything Else about Ammunition?

These are the basics for understanding ammunition: the four components, how it works, what types there are, and additional options to choose from.

Remember: there’s no such thing as a magic bullet.

“If the bullets you’re considering are called anything that sounds like it’s from a SyFy movie (Annihilator, Devastator, Terminator, Double Secret Omega Discombobulator), stay away from it. If there’s a video about it and the narrator sounds like Don LaFontaine, steer clear.” No bullets from Billy Mays.

Do you have anything to add?

How do you store your ammunition? Here are some tips from the Mad Duo.

Got problems with your ammo? Read Swingin’ Dick’s article about Ammunition, Chambering, Checking, and Problems.

Stephanie Kimmell is the firstborn daughter of Missouri's Pecan King, worthy scion of a Vietnam veteran sailor turned mad engineer-orchardist-inventor-genius. Formerly a Certified Professional Midwife, delivering babies at home, she's now a student at Pittsburgh State University. A Zymurgist greatly interested in the decoction of fermented barley and hops, she is in many ways a modern amalgam of Esther Hobart Morris, Rebecca Boone, and Nellie Bly. She hunts, butchers, and will cook most anything. When not studying or writing, she makes soaps and salves, spins wool, and occasionally makes cheese from cows she milked herself. Kimmell is a driven epistemophilic who loves live music and all sorts of beer. It will be interesting indeed to see what she writes in the coming days. 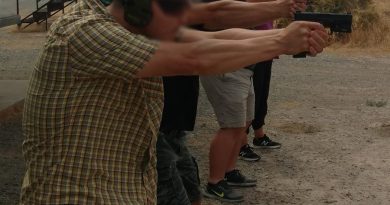 Skin that Smokewagon (…and Evade?) | The Evasive Step 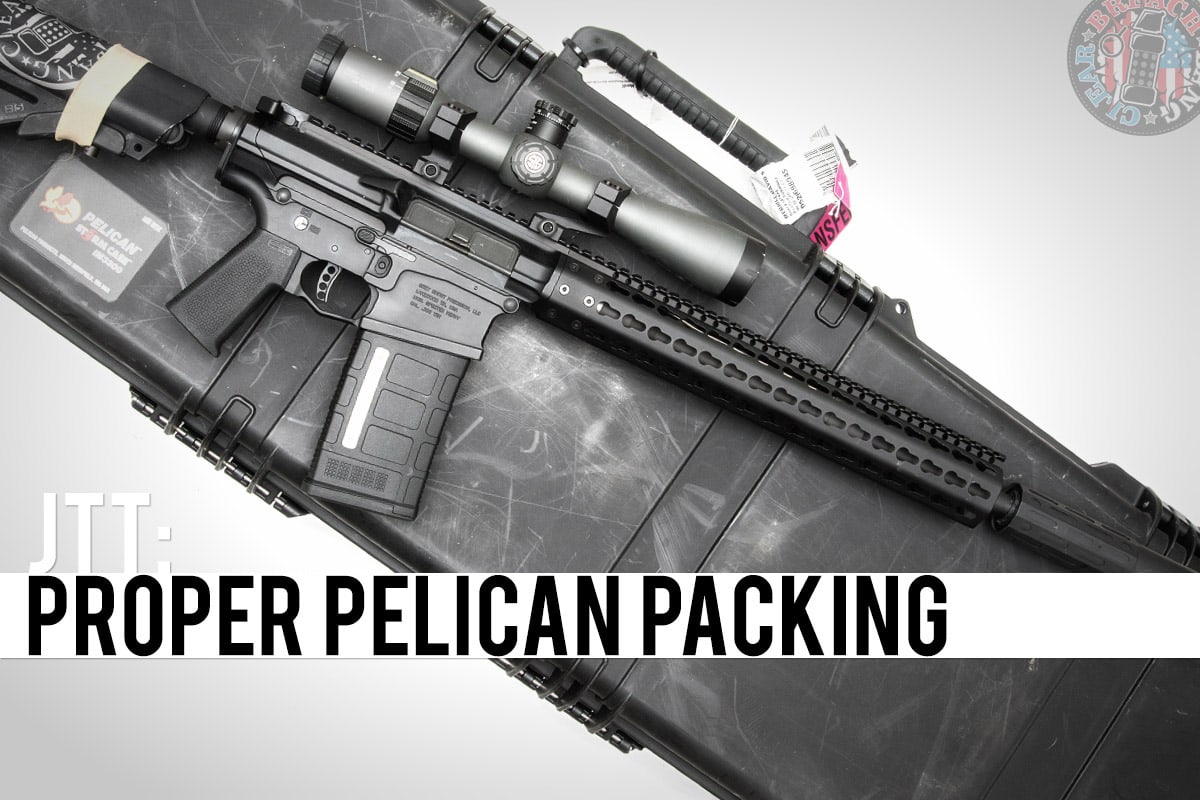 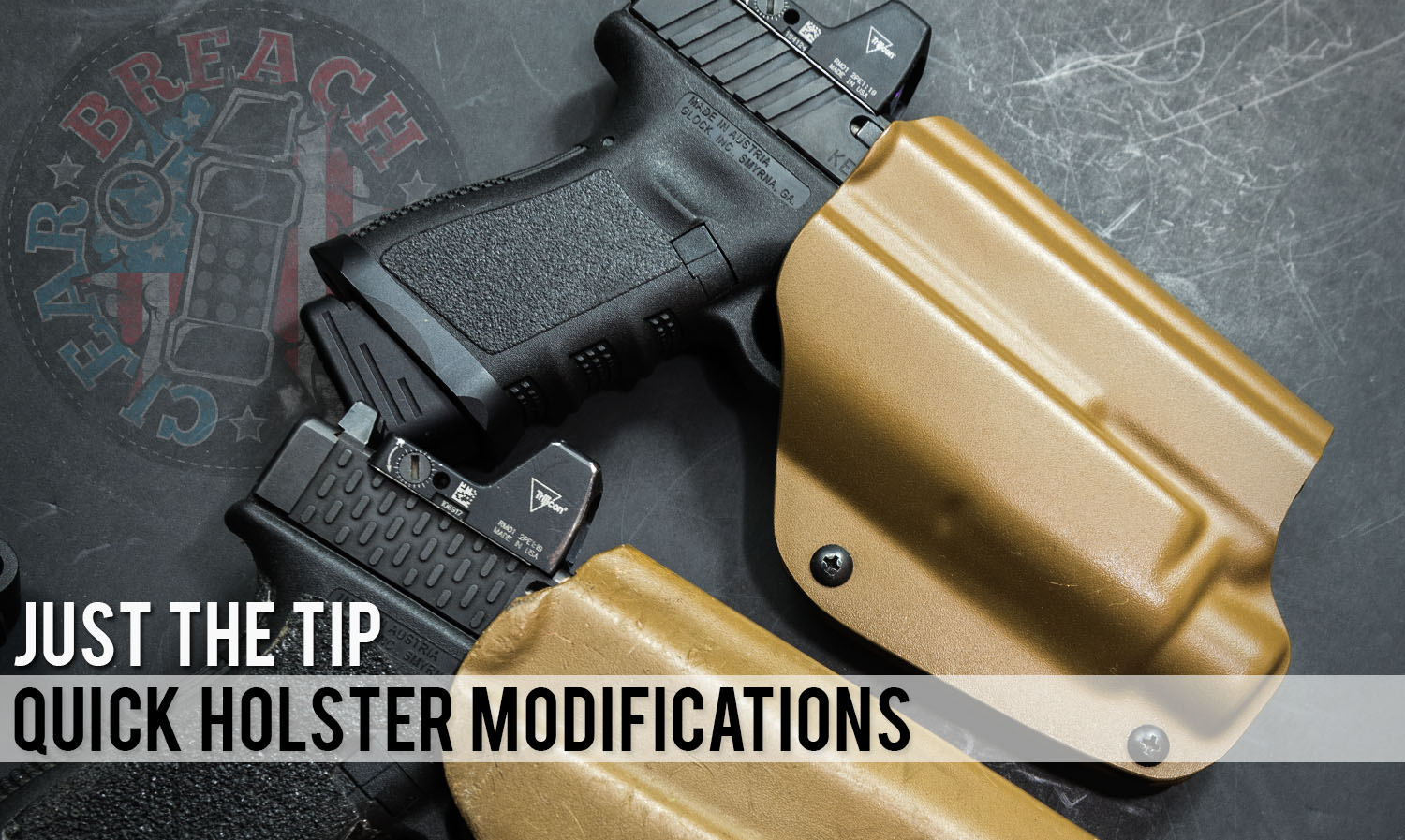