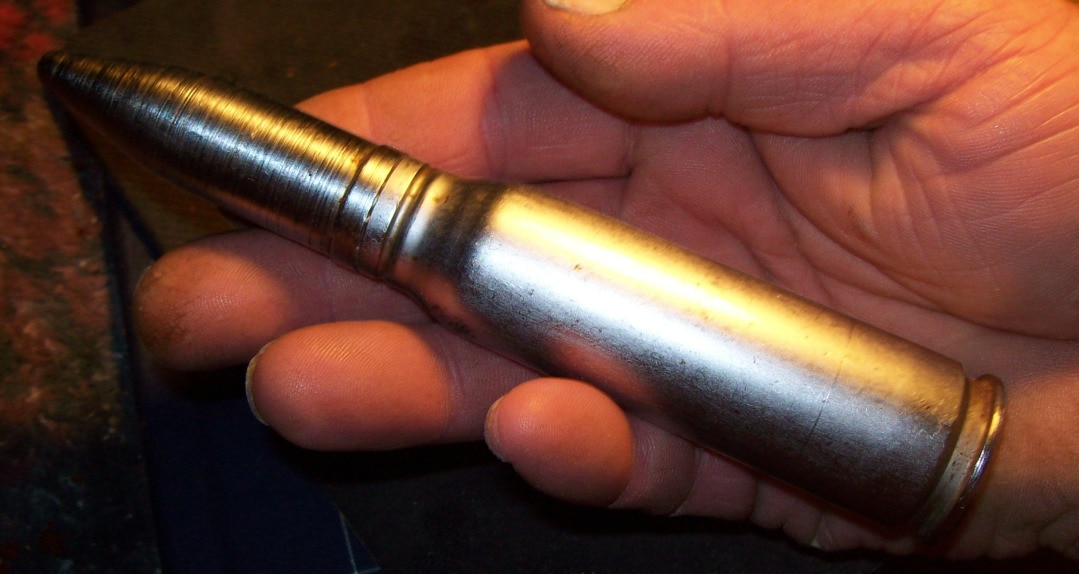 This article appeared originally on Soldier Systems Daily.  It appears here in its entirety (and canonically) with permission from SSD. Mad Duo

Size Does Matter- An OpEd by Frank Plumb

As seen on Soldier Systems Daily. 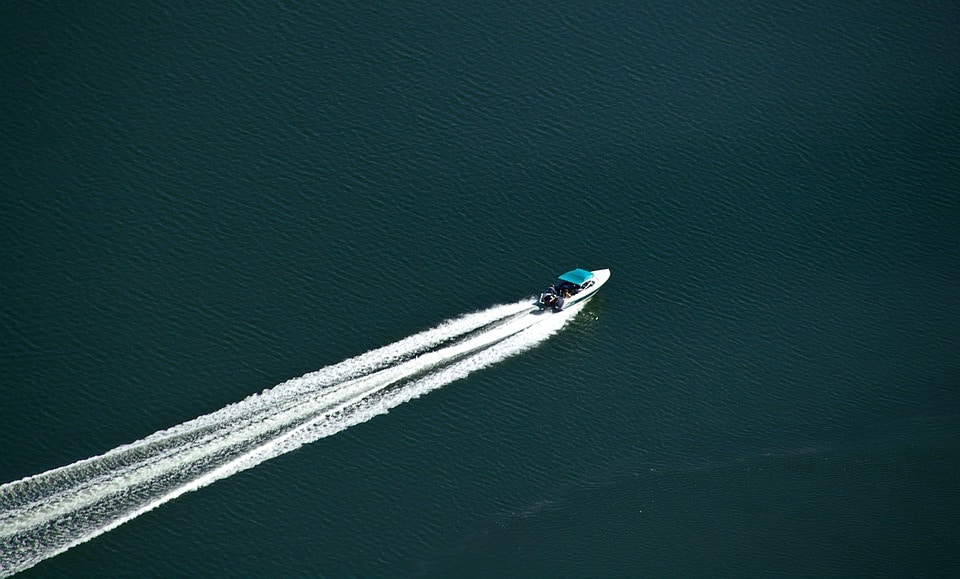 As some of the close friends of the company know I have a history with the U.S. Senate. That for more than a decade, I have advocated for more lethality in our small arms with Congressional leadership and their staff. This is the first time I have publicly acknowledged this. I do not consider myself a pivotal player in the Special Operations community. But this is the time to speak up. The next cartridge, the next bullets, the next 30 years of small arms is being decided. It is being decided as we speak.

As a CEO of a firearms manufacturer, a Green Beret, a medic, a sniper, and an engineer, I forget my unique perspective. I have enough experience in each discipline to truly understand what we need in more lethal systems. It is time for those in the shadows to emerge a tiny bit so that we might engage in honest conversation with each other. The time is now, as a nation, as a military, we must get our new cartridge right. But what can we do right now?

So, for me, it all goes back to a firefight in 2003. My ODA was engaged in a close- to mid-range multidirectional ambush. I remember very specifically engaging several enemy that had just been blown out of their position by another gun truck. I dropped every bit of a full 5.56 magazine of fast, controlled, and aimed shots into them. They did not drop immediately as I had expected. I thought I was missing them. But members of another ODA would verify later I had put several shots into each of them. This firefight would verify to me that 5.56×45 has lethality issues.

This shock of the results of that August night fundamentally altered how I saw small arms. It put me on a mission to bring a higher level of lethality to our forces. I have studied reports that discuss 5.56 lethality, and overpenetration issues. I have treated critically injured patients who have been shot with a massive variety of small arms. I have spoken with men far more combat experienced than me. One thing has become abundantly clear to me. In the arranged marriage of combat marksmanship, Energy Transferred into the target is the Queen and Shot Placement is the King.

What the projectile does once it enters the body is secondary only to where it enters the body. A projectile that transfers the bulk of its energy into the enemy combatant is key. Once a projectile enters the human body, if it exits, it means there was energy wasted. A bullet that can fragment, yaw, or a combination thereof inside the body is ideal in my opinion. We should seek to insure every possible joule of energy has been transferred into the target.

When a projectile enters the human body what type of tissue it strikes is paramount. I have seen small caliber bullets deflect off and skip around bone. I saw a convenience store owner shot in the head from under 10 feet. It entered his skin at an angle, deflected off the frontal bone of the skull, transverse around the skull, under the skin, and exited out of the occipital region. I have seen a person shot multiple times at close range with 7.62×39 and live. I know of a retired General and a NSW SOMTC instructor who have been shot in the chest with 5.56 and lived. I have seen the work of 7.62×51 rifles and machine guns. I have never seen anyone shot in the chest, head, or abdomen with 7.62×51 and live. 7.62×51 inflicts injuries that are usually never survivable.

The way a bullet destroys muscle, solid organ and soft organs is different. This is based off the cavitation effects of the projectile once it enters. Imagine looking down on a boat moving through water. It leaves a wake behind it. The size, shape, and speed of the boat determine the size of the wake. Think of the boat wake as projectile cavitation.

Since humans are about 70% water I feel this is a very accurate metaphor. Look at the wake of a speed boat, like the type that are raced in the open ocean. They leave clean small wakes by comparison to their size. It the pursuit of speed, they reduce drag, they transfer as little energy into the surface of the water as possible. This is akin to how a 5.56 projectile works. Clean and fast through the air often means clean and fast in the target. According to Army studies a 5.56 bullet needs 4.75 inches of body penetration to yaw. This yawing is critical to the 5.56 round being lethal. It is how it transfers its energy into the target. If the 5.56 round fails to yaw, it often fails to kill. That August night in 2003 makes a lot more sense now.

Now look at the wake of a battleship. They sit low in the water, muscling the water out of the way. They push forward with brute force. They plow the ocean. It does not mean they are inefficient, they are designed to sit low and power through the water. Only when compared to the open ocean race boats they are considered inefficient. 7.62×51 rounds act in the same manner. They seem to plow through the air, which becomes very evident when they go transonic. In this same manner they plow through human beings. Those who have fired a M240 machine gun at the enemy and seen the work it does or have placed crosshairs of a Leupold on an enemy insurgent and pulled the trigger will tell you 7.62×51 kills the first time.

Now concessions will need to be made for enemy armor. Do not think for one second that near-peer adversaries are not fielding equivalent body armor systems. This is why I am a fan of the HK 417, M110 and the FN SCAR® (Mk.17). Even though 7.62×51 almost never stops in a human body, they have joules to spare. The flexibility of the cartridge and its many variations like 180 grain AP, 175 grain 118LR, 110 TAP, and others allow the modern 7.62×51 based rifle more lethality and flexibility right now. But 7.62×51 is not the future. The future is for my next blog post.

Regardless of what you’ve heard, yes size does matter.

This article has been syndicated with the permission of Soldier Systems Daily.

A smart feller (well, or gal) would pay particular attention to the SSD Gunfighter Moment series. 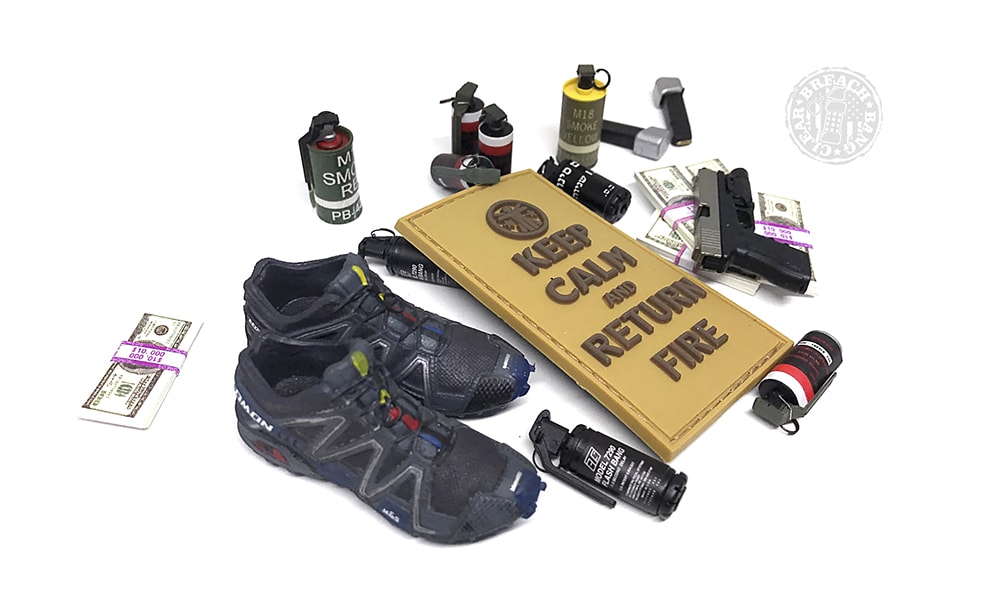