We decided to build The Apologizer to showcase some Canadian companies that not everyone might know about. Canada has a storied past of some of the best shooters in the world, and along with them some world-class precision rifle parts manufacturers. The aim for this rifle was to make an entirely Canadian rifle from the brake to the stock, to the magazine and the scope. 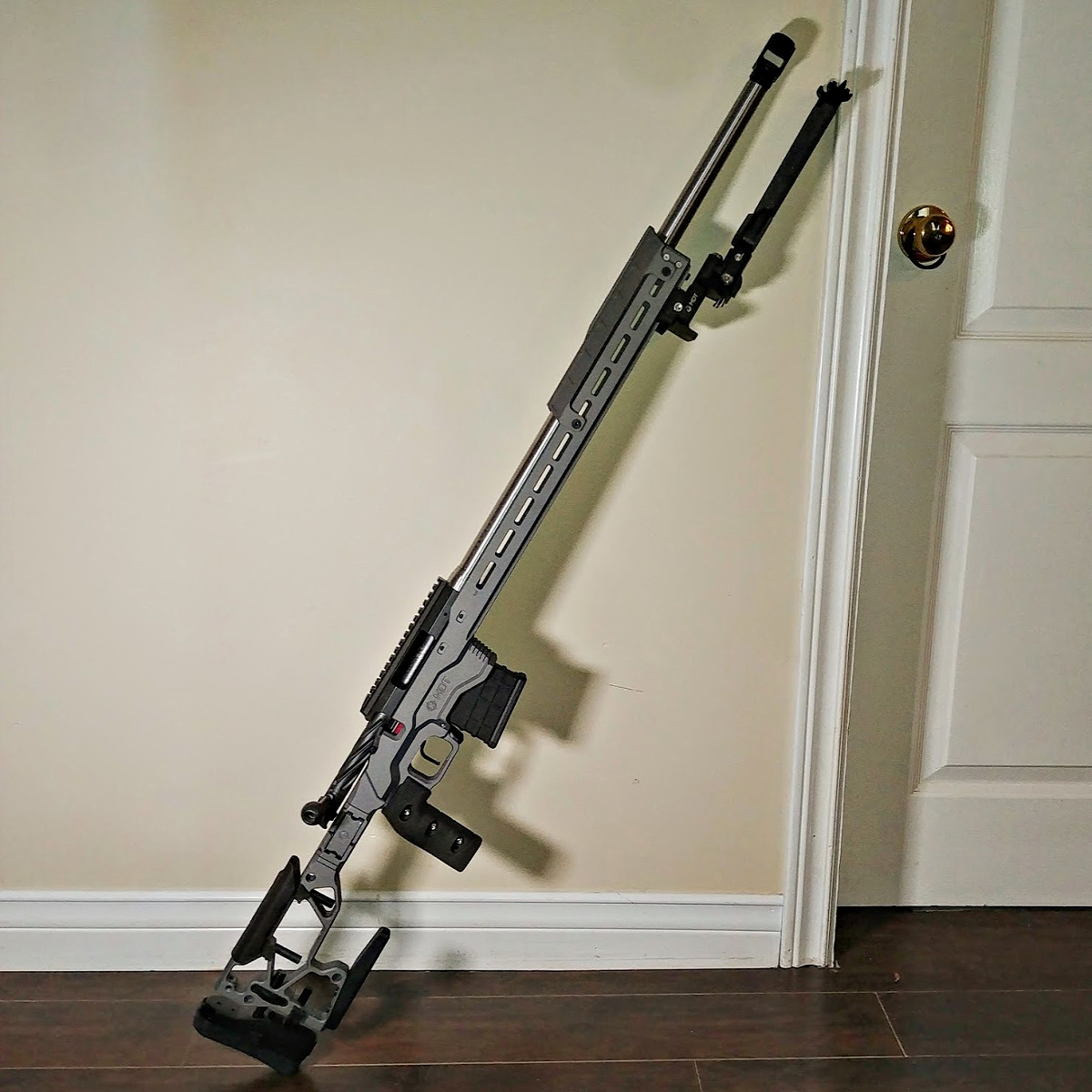 Each part of The Apologizer must be from a company north of the 49th parallel. We understand some parts from those companies might not be manufactured in Canada. For instance, the glass in a scope may have come from another country. Still, to make the cut for this build, the parts must be from a Canadian company.
The Apologizer will be used for service rifle competitions and PRS/NRL style shoots. Initially, it will be chambered in .223 Rem and as the option for a longer range presents itself, 6.5 Creedmore.

We couldn’t build a Canadian rifle without getting a part from our friends at Cadex Defence (spelled the Canadian way). In this case, we picked up the Cadex Defence Unitized Scope Rings to meet a few requirements we had for the mount. It needed to have a bubble level, and preferably a Picatinny rail on the forward ring for a red dor later on.

END_OF_DOCUMENT_TOKEN_TO_BE_REPLACED

As we trudge on through the middle of the pandemic, assembling a rifle that will be baptized in maple syrup and swaddled in flannel, we need to outfit the chassis we talked about in our past article with a few succesories… I mean, accessories. The great thing about the MDT ACC is how easily you can add certain bits and bobs to work with your shooting style. Here are a few MDT ACC Accessories that we’re looking at.

END_OF_DOCUMENT_TOKEN_TO_BE_REPLACED

We are using several parts and bits on The Apologizer and today’s article is on the MDT ACC Chassis (Adjustable Core Competition). Read up!

END_OF_DOCUMENT_TOKEN_TO_BE_REPLACED

Now that we picked a trigger for The Apologizer our all Canadian precision rifle build it was time to find an action that will take that trigger. We chose the Ultimatum Precision Deadline short action for the Apologizer build. It takes the TriggerTech Diamond trigger, is easy to operate, & well designed. The Deadline is a Remington 700ish footprint action that takes Remington 700 Triggers and Savage small shank pre-fit barrels.

END_OF_DOCUMENT_TOKEN_TO_BE_REPLACED

Triggers in most guns are a lot like insoles in most shoes to me, they work but could be better… a lot better. I almost always swap out a stock trigger for one that meets my needs and if TriggerTech makes one for the gun it gets one installed. For the Apologizer build I swapped the stock trigger for a TriggerTech Diamond, known for short trigger stroke, low pull weight, no creep, and crisp break.