MTM Silencer: A Watch You can Beat a Donkey to Death With 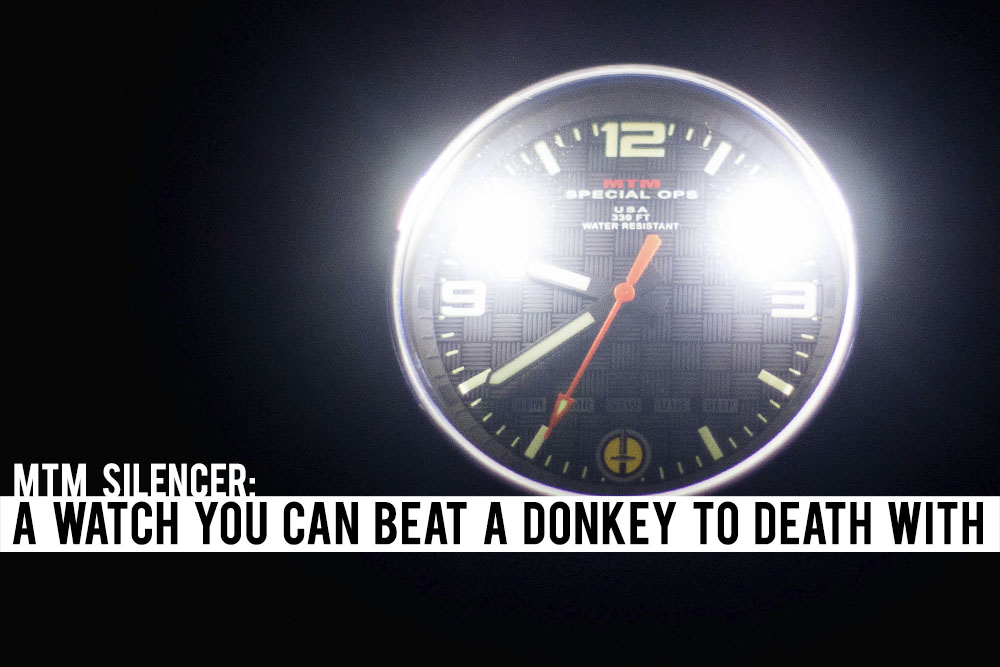 MTM Silencer: A Watch You can Beat a Donkey to Death With

A couple months back I received an unexpected product for review: a watch. A big watch. A big, heavy watch that weighs over half a pound, roughly as much as a loaded Glock 19 mag. My first thought when I took this watch out of the box was that I could tie it to a length of 550 cord, swing it around and beat a donkey to death with it. It’s a big, solid, brutal watch.

I realize some of you were traumatized by donkeys in Iraq, so you’re totally down for a donkey-killing watch. Other readers drive Ford F-350s, carry Desert Eagle .50s and would love a huge watch to help compensate for…something or other. But a few readers neither hate donkeys nor despise their junk size, and might ask, “Why would I need that gigantic watch?”

Because the Silencer is actually a good watch. It’s impact and drownproof, and you probably can’t destroy it. I seriously think it would survive almost any IED blast, and run fine afterward. 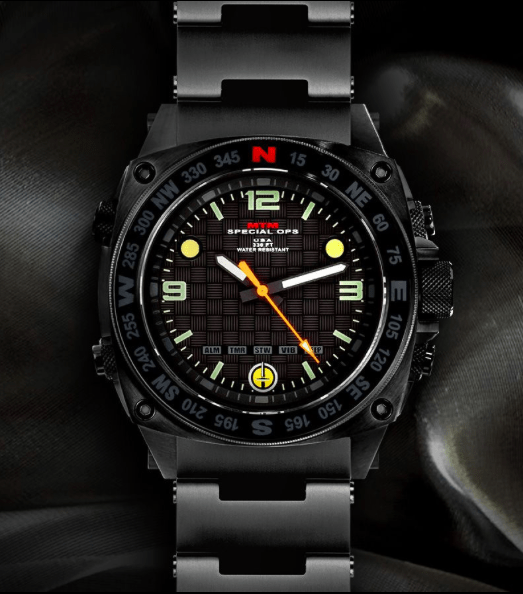 The watch in question is the “Silencer” by MTM-Special Ops. I had seen MTM watches advertised in cool guy magazines for years, and to tell you the truth I had been kind of put off by them. In the military I was a Regular Guy, and since I despise posers and wannabes I hate wearing anything that says “SPECIAL FORCES!!!” (I’m pretty sure you have to scream it, not just say it.) I also don’t fly fighter jets, and these watches looked geared for pilots. But as it turns out, the Silencer is ideal for guys who walk long distances dragging their knuckles while carrying heavy things on their back, and even better for tankers or other Joes who fight from armored vehicles. 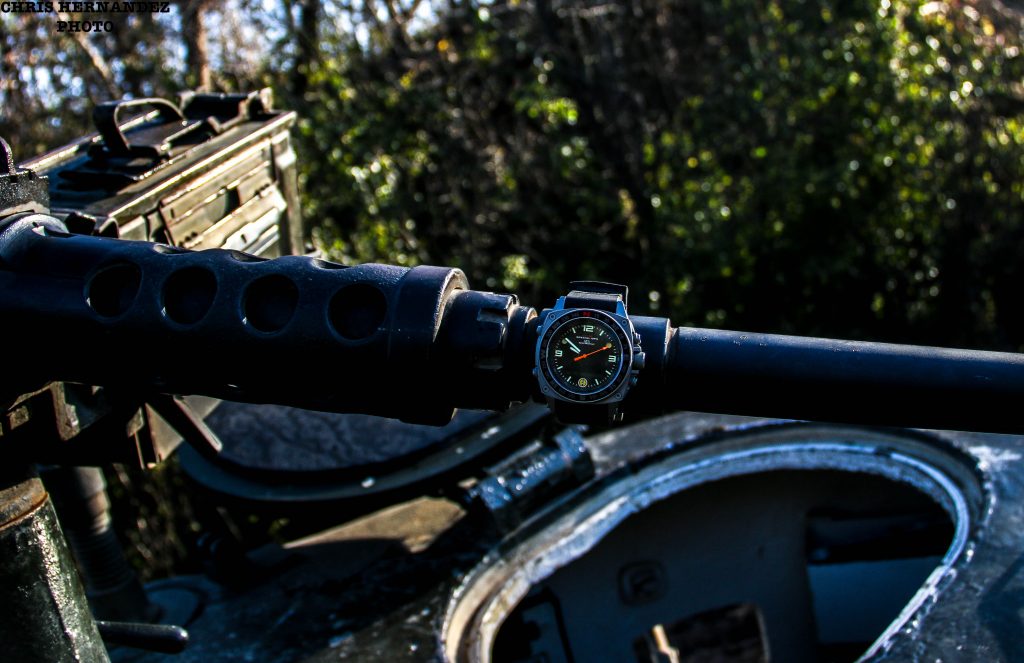 The Silencer seems pretty awesome straight out of the box. MTM delivered it in a sturdy lockable plastic case, which also contained a manual, charger and adjustment tool. The presentation was straight-up professional and impressive. 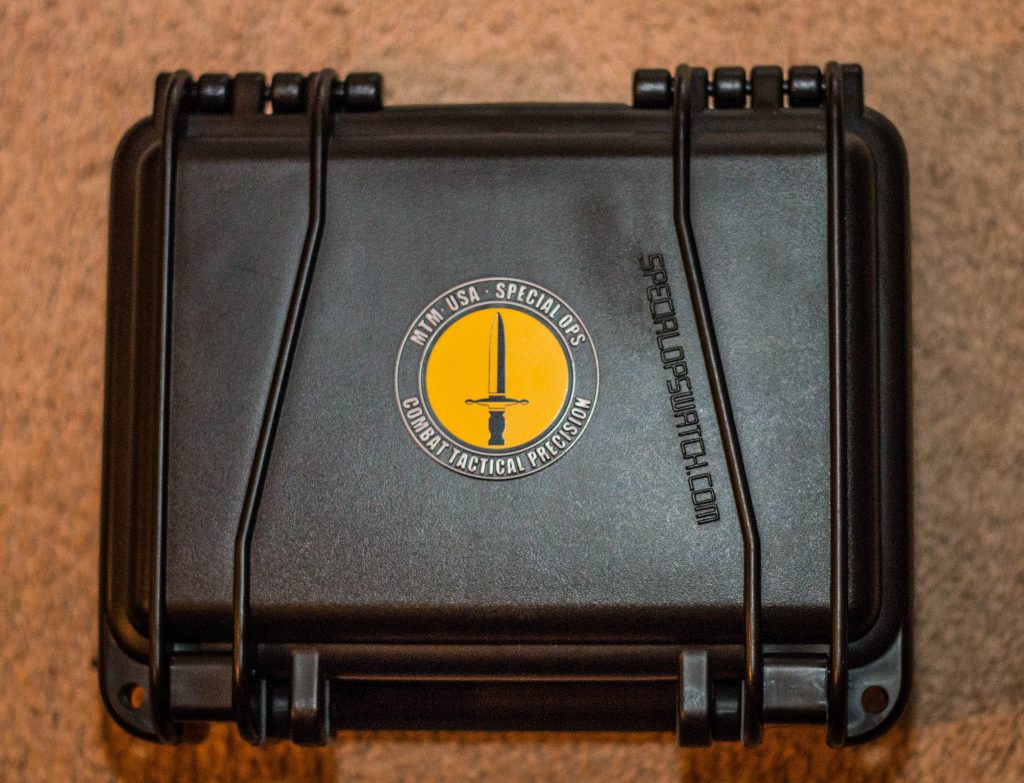 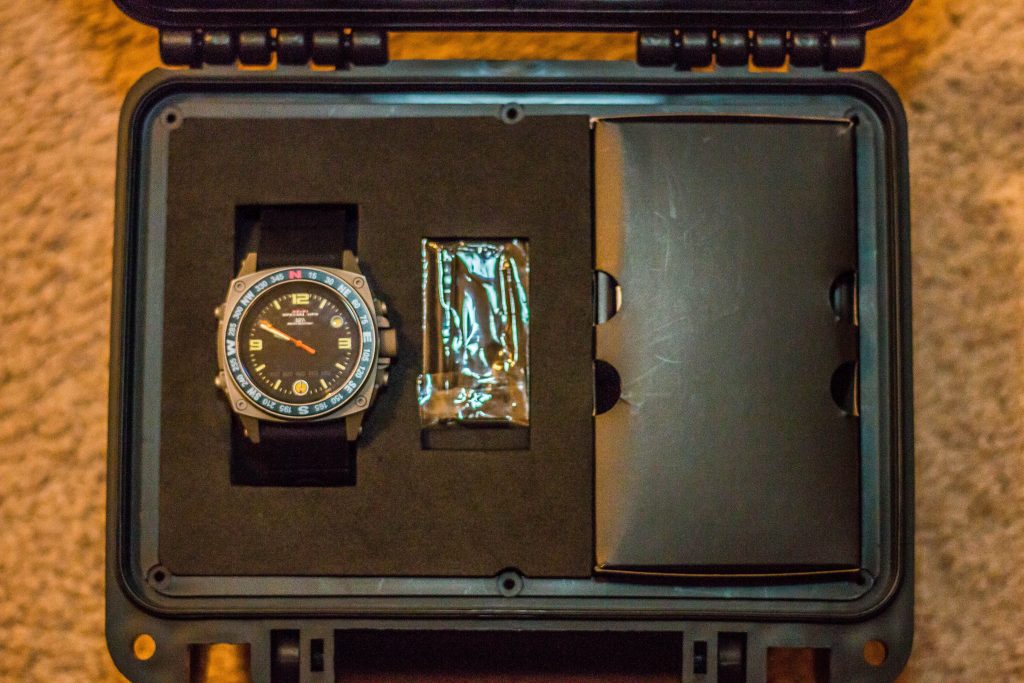 Here’s what MTM has to say about the Silencer:

“Even as a multi-functional, rechargeable & electro-luminescent LED watch, the MTM Special Ops Silencer can easily withstand the most extreme conditions, ‘in style’ of course. These incredibly versatile analog digital watches are limited edition, each individually numbered. They feature a unique digital LED display for enhanced digital features without the need to backlight a standard LCD display. These digital watches for men contain a proprietary multi-mode lighting system, which includes internal LED lights that act as a flashlight or emergency strobe light. It also supplies a beeping or vibrating alarm for the most secretive and stealth missions, or just a quick reminder. The entire watch case is fabricated from one solid piece of 316L stainless steel for rugged watch strength & dependability with quality DLC plating, upgrading its durability and life-expectancy to unprecedented highs.”

These features are highlighted on MTM’s web site:

So basically the Silencer does all the usual stuff watches do plus a lot more, and has a flashlight/strobe built into the face. That flashlight and strobe caught my attention, since I spent a lot of time in tank turrets and Humvees looking at maps or charts with white light. A light on my wrist would have been pretty handy.

I tested the flashlight, and it worked just as advertised. The strobe could be practical too, in certain very bad but plausible scenarios. 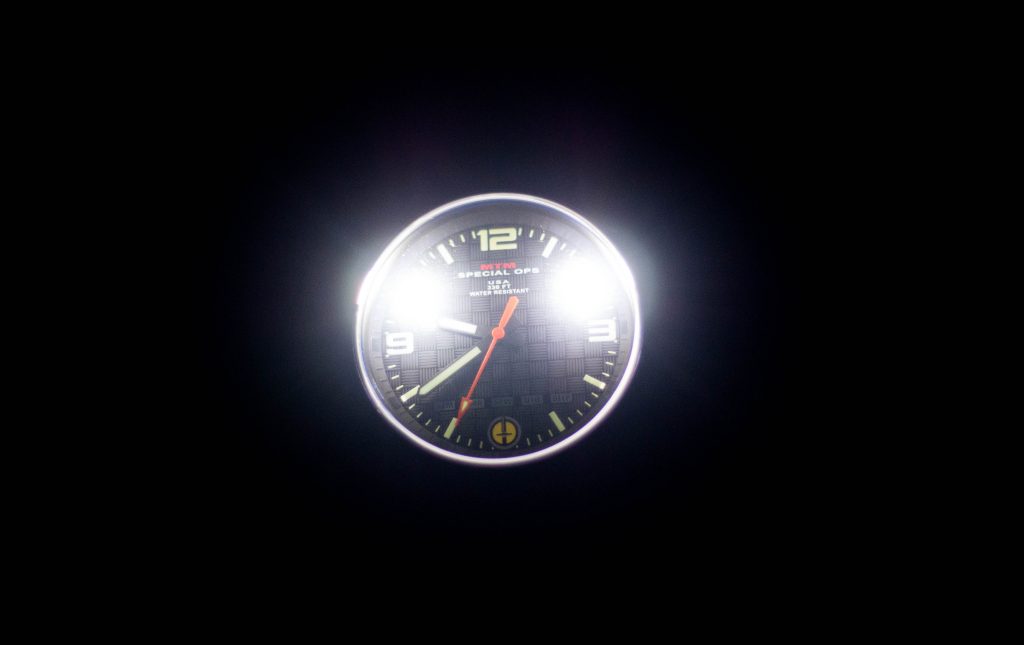 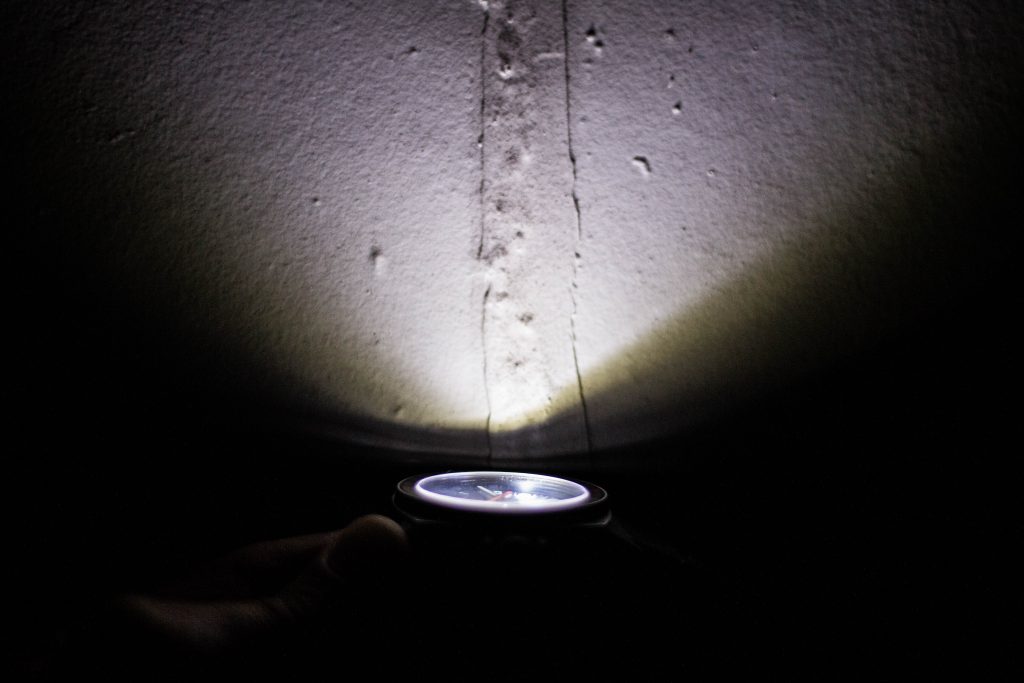 I also tested the watertight claim. I’m no SCUBA diver and couldn’t submerge it to 330 feet, but I ran water over it and let it sit in a lake. There was no evidence of water penetrating the watch. 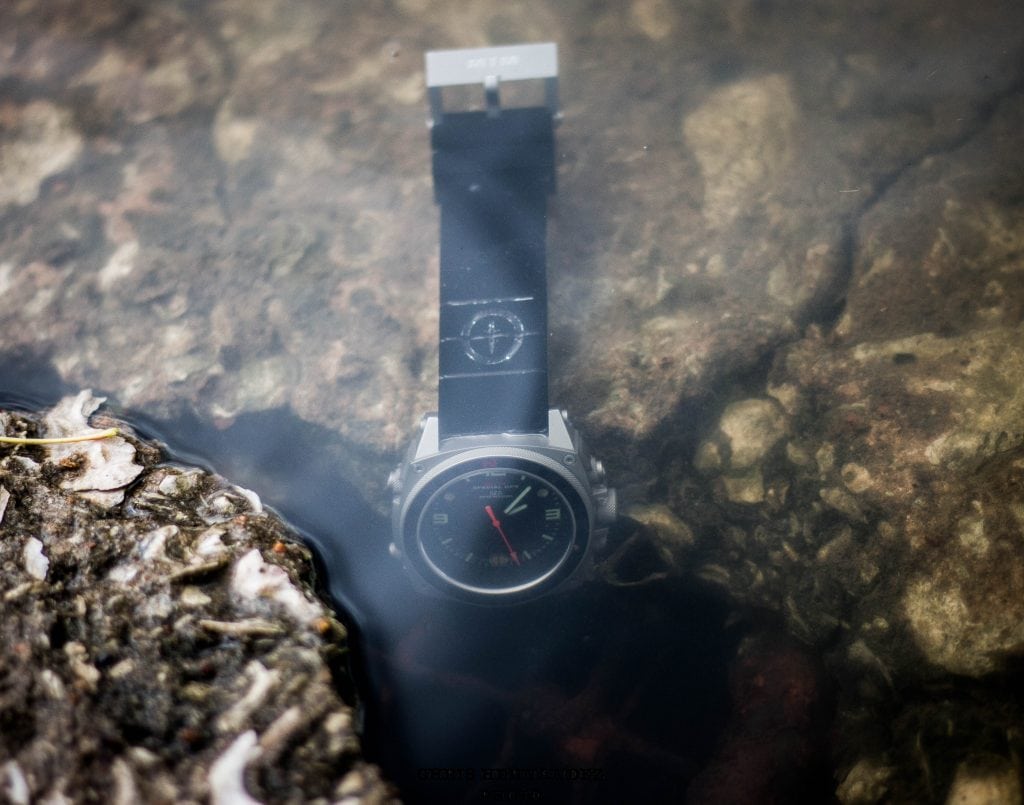 One really interesting feature of this watch is the knurled locking rings around the buttons, which have to be unscrewed to allow the buttons to be depressed. According to MTM it’s extremely important to lock the buttons down after use, or the watertight integrity will be compromised. The locking rings seem to retighten themselves to a certain degree if left alone, but I’d double check them every time. 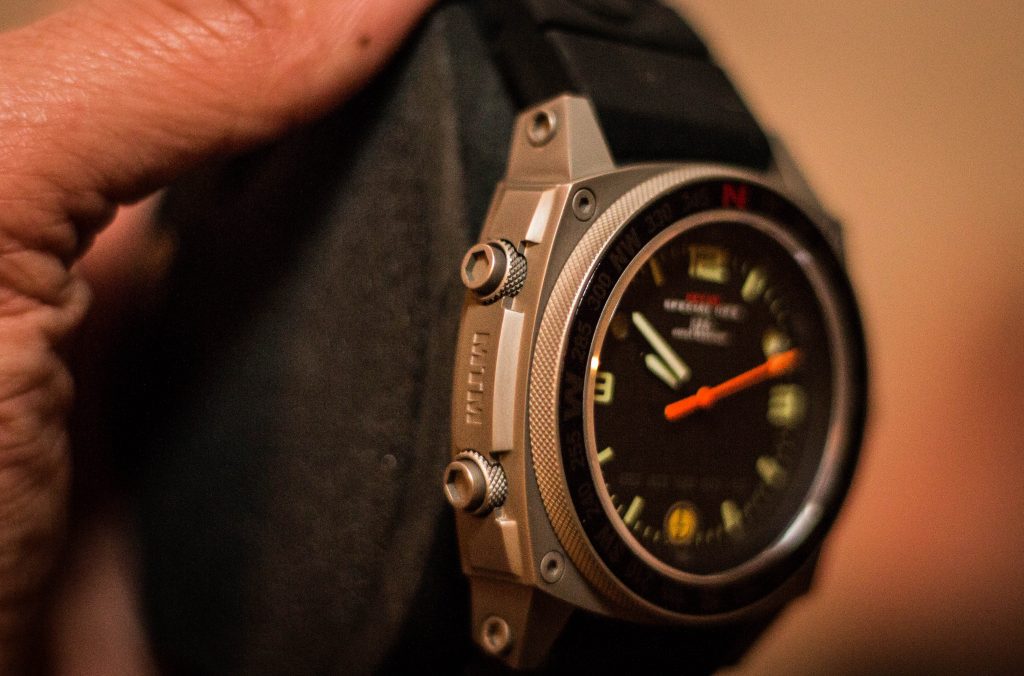 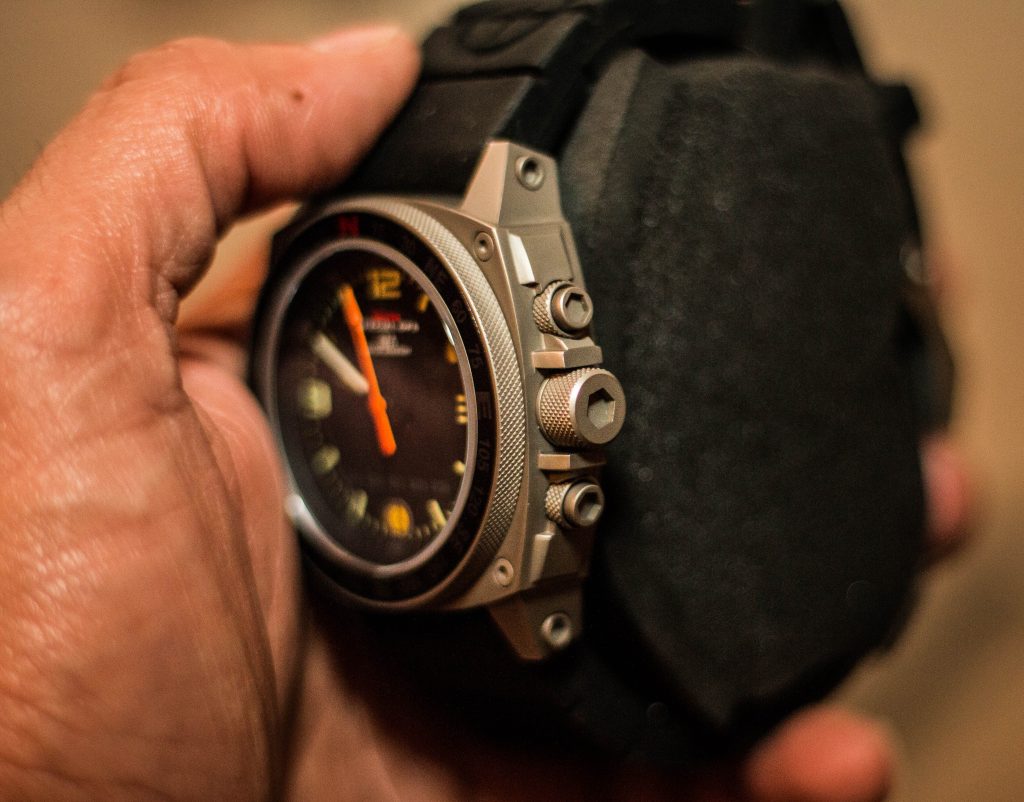 The dial is luminescent enough to read in most light conditions, without being so bright it gives you away. I took this picture right after using the LED lights, and the dial stayed like this for a few seconds before fading to reasonable brightness. 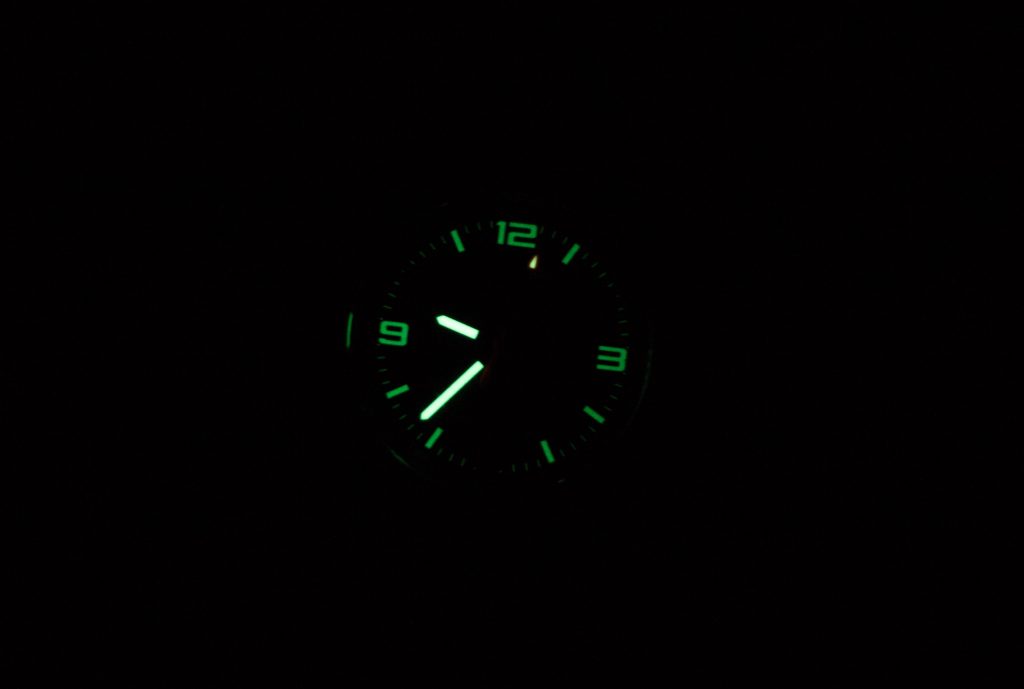 To sum it up: With the Silencer you could smash cars underwater at night while reading a map and signaling passing Kiowas, all without damaging your investment. And not damaging the watch is important, because it isn’t free. MSRP ranges from $750 to $895 depending on band and finish. If I’m going to spend that much on a watch, it better be bombproof. 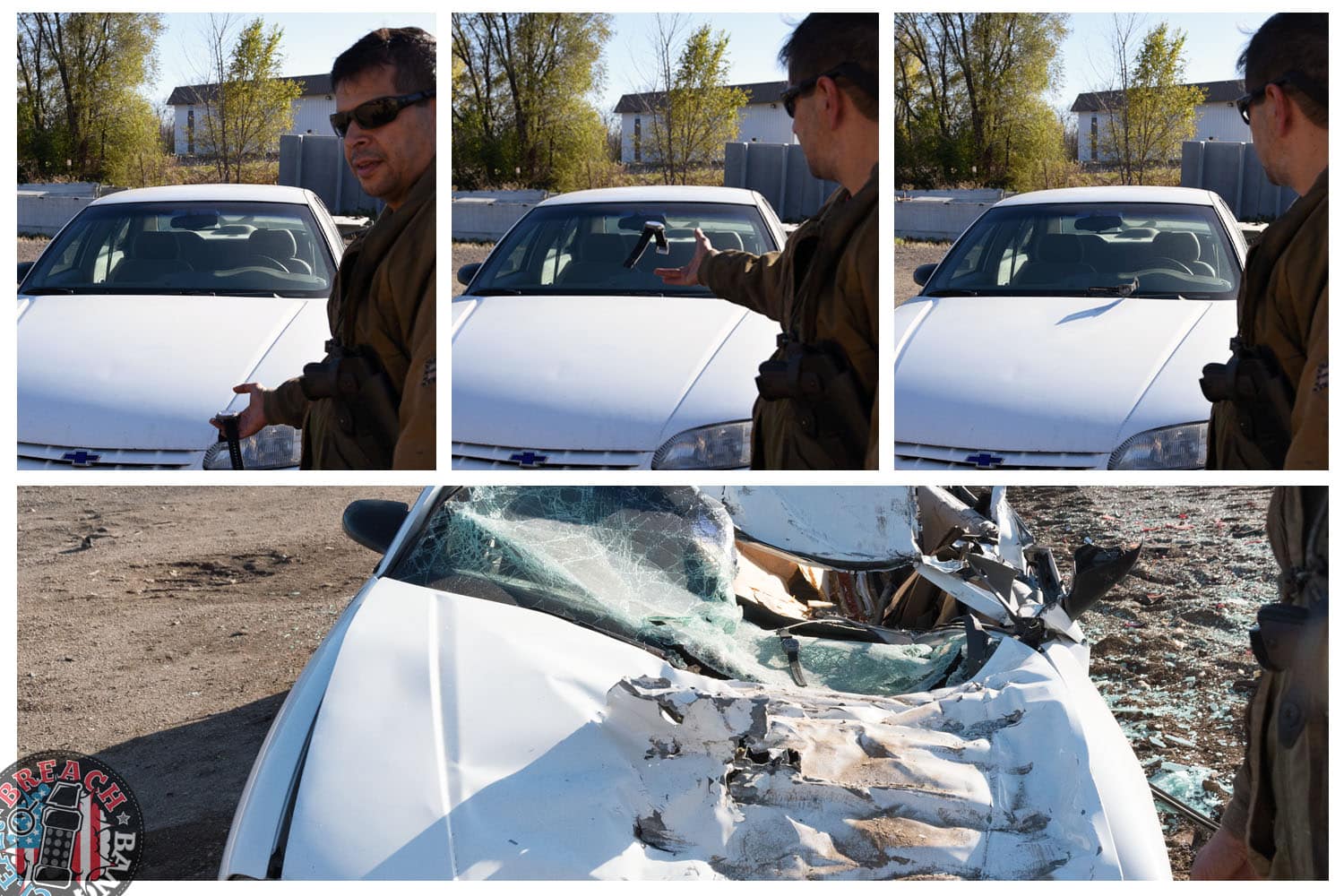 [MTM Silencer, much stronger than a Chevy Lumina]

As I said, I’m no SF cool guy or Highway-to-the-Danger-Zone fighter pilot. I don’t know how practical the Silencer is for those jobs. But I do know that a guy wandering around Afghanistan with the infantry, or banging around in an Abrams turret, could get tons of value from this watch.