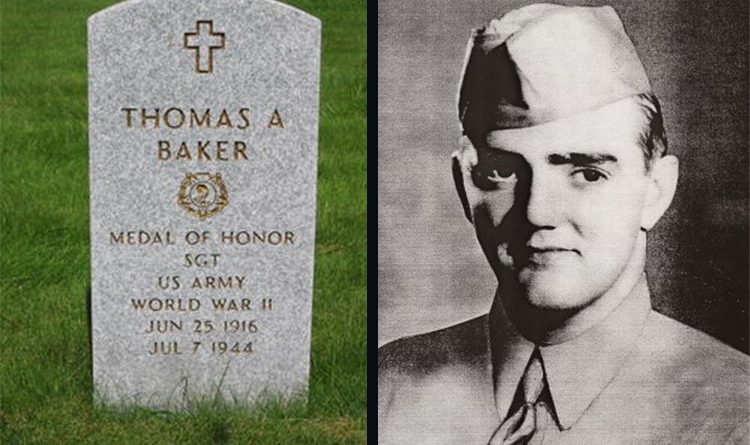 This is the third of a series of posts. In this series, we’ll be taking you through the match stage by stage with the shooter’s from KE Arms, Independence Training, and We Plead the 2nd, with video coverage from InRange TV.  IRTV’s Karl Kasarda’s usual co-host, Ian McCollum, was out of the country during this event so KE Arm’s Marketing Director Russell Phagan (aka SinistralRifleman) stepped in to co-host these match videos.

Stage 3 was inspired by the actions of Sgt. Thomas A Baker, United States Army. 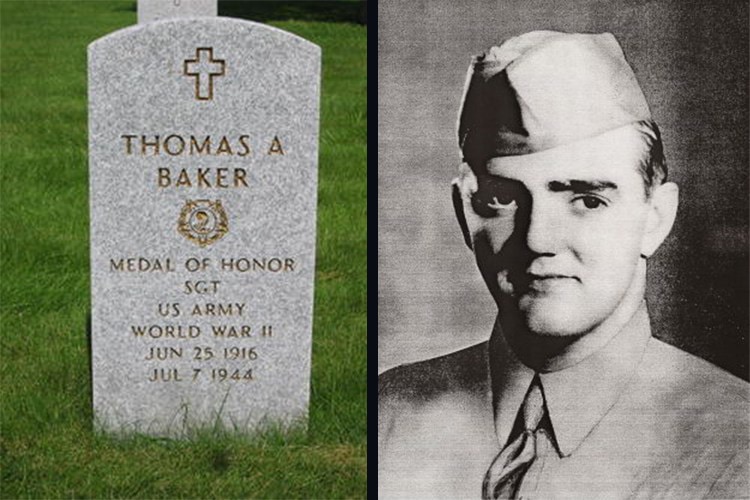 For conspicuous gallantry and intrepidity at the risk of his life above and beyond the call of duty at Saipan, Mariana Islands, 19 June to 7 July 1944. When his entire company was held up by fire from automatic weapons and small-arms fire from strongly fortified enemy positions that commanded the view of the company, Sgt. (then Pvt.) Baker voluntarily took a bazooka and dashed alone to within 100 yards of the enemy. Through heavy rifle and machinegun fire that was directed at him by the enemy, he knocked out the strong point, enabling his company to assault the ridge. Some days later while his company advanced across the open field flanked with obstructions and places of concealment for the enemy, Sgt. Baker again voluntarily took up a position in the rear to protect the company against surprise attack and came upon 2 heavily fortified enemy pockets manned by 2 officers and 10 enlisted men which had been bypassed. Without regard for such superior numbers, he unhesitatingly attacked and killed all of them.

Five hundred yards farther, he discovered 6 men of the enemy who had concealed themselves behind our lines and destroyed all of them. On 7 July 1944, the perimeter of which Sgt. Baker was a part was attacked from 3 sides by from 3,000 to 5,000 Japanese. During the early stages of this attack, Sgt. Baker was seriously wounded but he insisted on remaining in the line and fired at the enemy at ranges sometimes as close as 5 yards until his ammunition ran out. Without ammunition and with his own weapon battered to uselessness from hand-to-hand combat, he was carried about 50 yards to the rear by a comrade, who was then himself wounded.

At this point Sgt. Baker refused to be moved any farther stating that he preferred to be left to die rather than risk the lives of any more of his friends. A short time later, at his request, he was placed in a sitting position against a small tree. Another comrade, withdrawing, offered assistance. Sgt. Baker refused, insisting that he be left alone and be given a soldier’s pistol with its remaining 8 rounds of ammunition. When last seen alive, Sgt. Baker was propped against a tree, pistol in hand, calmly facing the foe. Later Sgt. Baker’s body was found in the same position, gun empty, with 8 Japanese lying dead before him. His deeds were in keeping with the highest traditions of the U.S. Army. 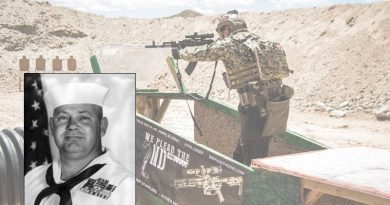 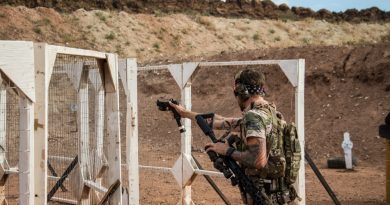 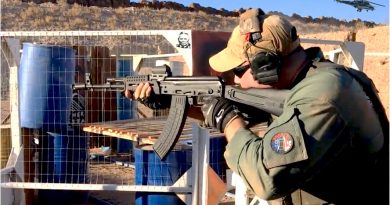