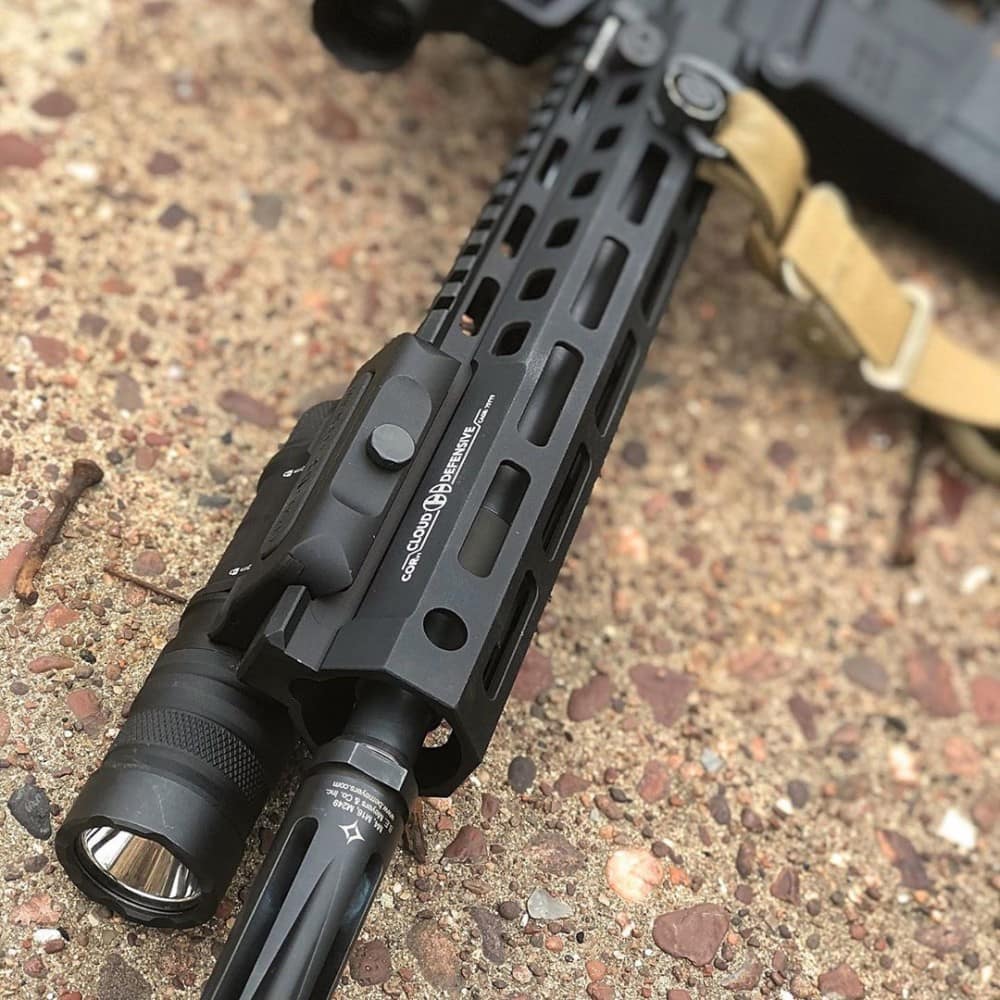 Cloud Defensive’s COR Cloud Optimized Rail. It’s new from “House Cloud” and a member of our Tactical Gear Buyers Club. We’ll be seeing lots of interesting gadgetry this week at SHOT Show 2019; this is exactly the sort of thing we’re looking forward to. They wouldn’t have expected something like this back in the day!

Cloud Defensive is a company whose Optimized Weapon Light (OWL) has garnered substantial interest from the folks who use WMLs. Now, they’ve released a new rail system built specifically for lights and lasers (including their OWL).

Here’s what they tell us:

Cloud Defensive has been hard at work in 2018, bringing their American-made Optimized Weapon Light to life. With the OWL just now starting to ship after years of development, they are now announcing the release of two hand guards as well. One to complement the OWL and the other to compliment their existing line of Light Control Systems (LCS) along with both Surefire/Streamlight lights and switches – including the Surefire SR-07 and DS-07 switches. Along with all IR lasers and associated switches. And yes, the new rails are shipping now. 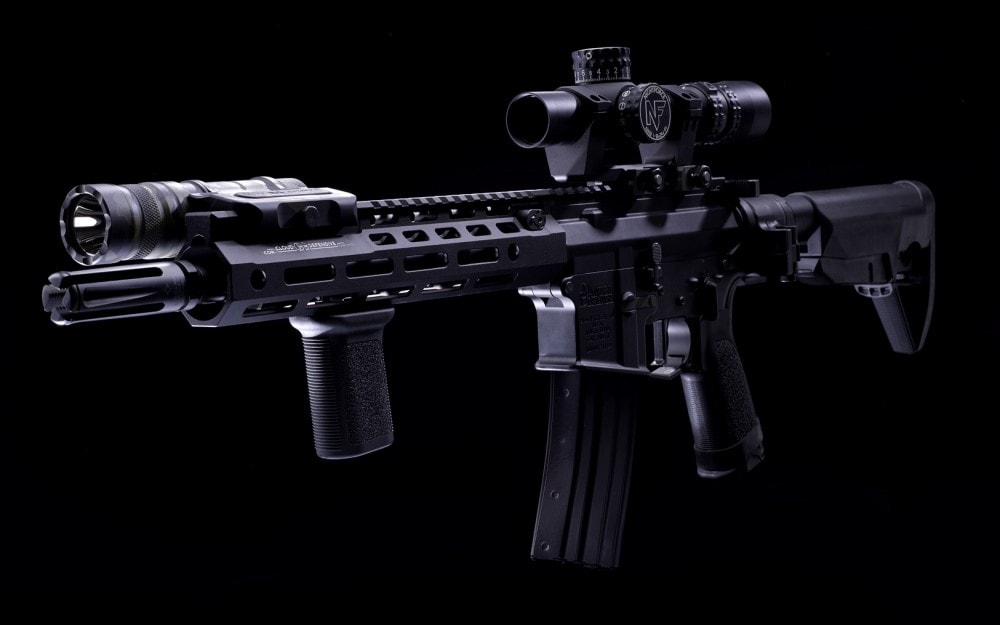 The COR Cloud Optimized Rail is Different than Other Rails

Dubbed the Cloud Optimized Rail (COR), it offers something no other rail currently does: it works on integrating the rail system around the remote switching for the lights/lasers. So the most notable feature is a recessed channel for mounting those switches, which clears up Field-Of-View (FOV). This also substantially aids ergonomic use of the now-recessed switching for lights/lasers. The recessed mounting slot also protects the switches as well. 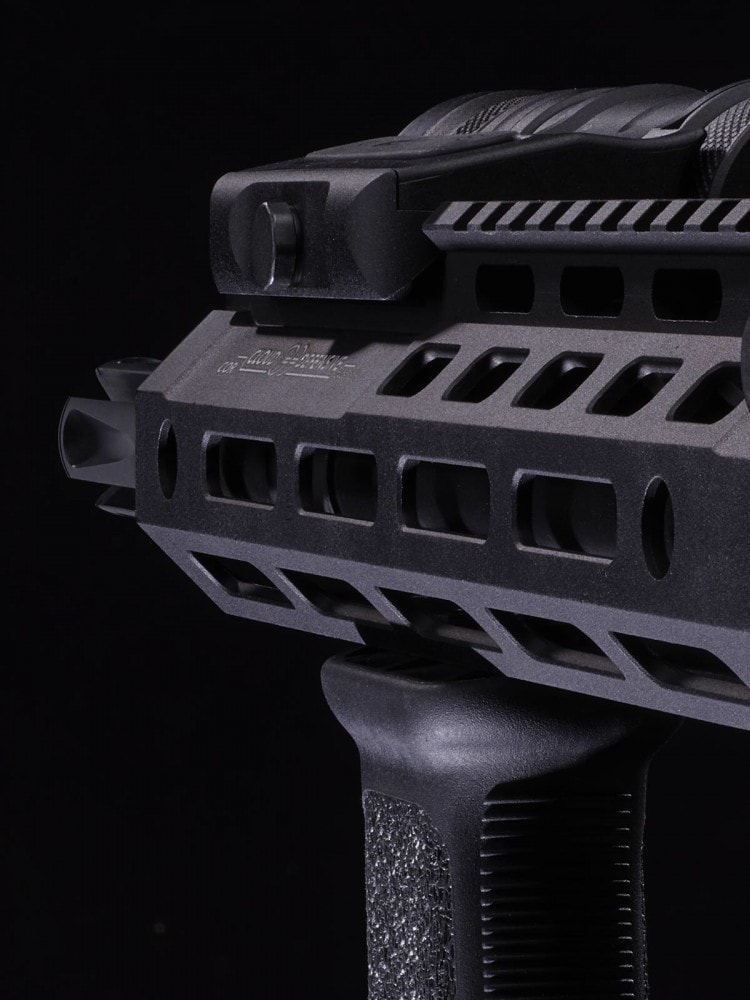 The COR Cloud Optimized Rail series is incredibly strong and handles heat well. The side walls are .100 thick (thicker than almost everybody else) with type III “hard-coat” anodizing. 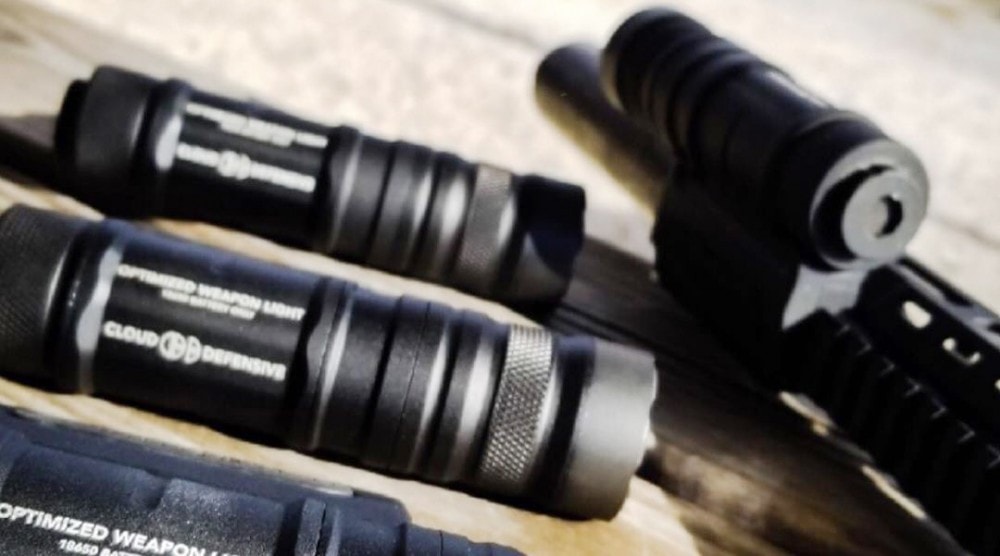 For those who were wondering, we’re told the OWLs are now officially shipping. The first units have gone through the final QC and are departing shortly. The first batch was small as one last check on their end, CD says. 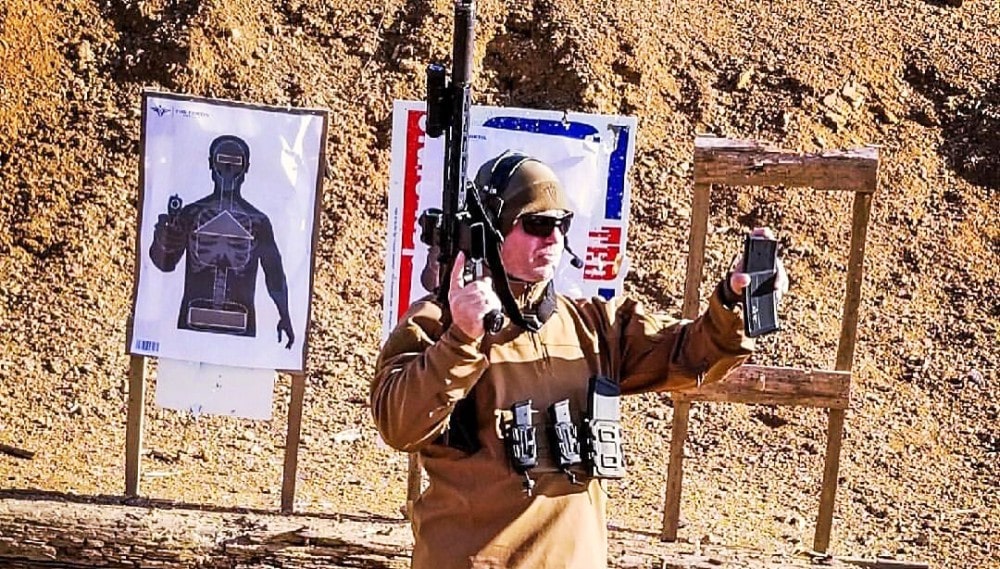 On the range with Talon Defense.

CORv1 (OWL version) weighs in at 9.35oz with the supplied and proven Bravo Company USA barrel nut assembly. So the weight is very light and lock-up is extremely rigid. CORv1 moves the OWL forward for optimal positioning of the switch. This gives ample space behind the light for back-up sights to be mounted. The CORv1 also supports its Light Control System (LCS) for Surefire (LCSmk1). With that, you can mount your LCS into the recess at the front of the rail and then run any Surefire light at any position you desire.

CORv2 (LCS/Surefire/Streamlight/Laser version) weighs in at 9.15oz again with the BCM barrel nut assembly. The switch recess is moved further back on the CORv2 to allow room to mount a variety of items in front of the switch. Including the B.E. Meyers MAWL, an L3 PEQ-15/ATPIAL/ATPIAL-C or a Steiner DBAL-series laser.

There is also plenty of room to mount fixed or folding back-up sights in front of the switching recess. The recess itself fully supports the Cloud’s Light Control System (LCS) for both the Surefire and Streamlight weapon lights. The recess is also large enough to support the Surefire SR-07 and DS-07 switches as well. So the CORv2 is the more modular of the two offerings. 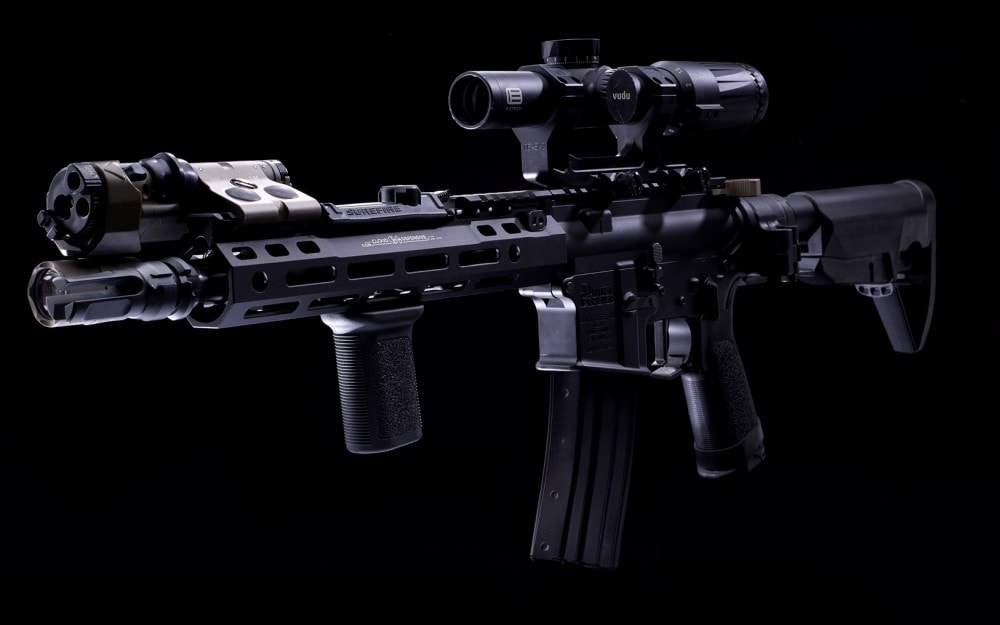 Interestingly enough, a MAWL or DBAL can be mounted to the recessed position. Doing so moves the lasers themselves lower into the rail, allowing you to run push-button weapon lights such as the Surefire or Streamlight, should you not choose to use a remote switch. So users do not even need to utilize Cloud Defensive lighting products to benefit from the CORv2. 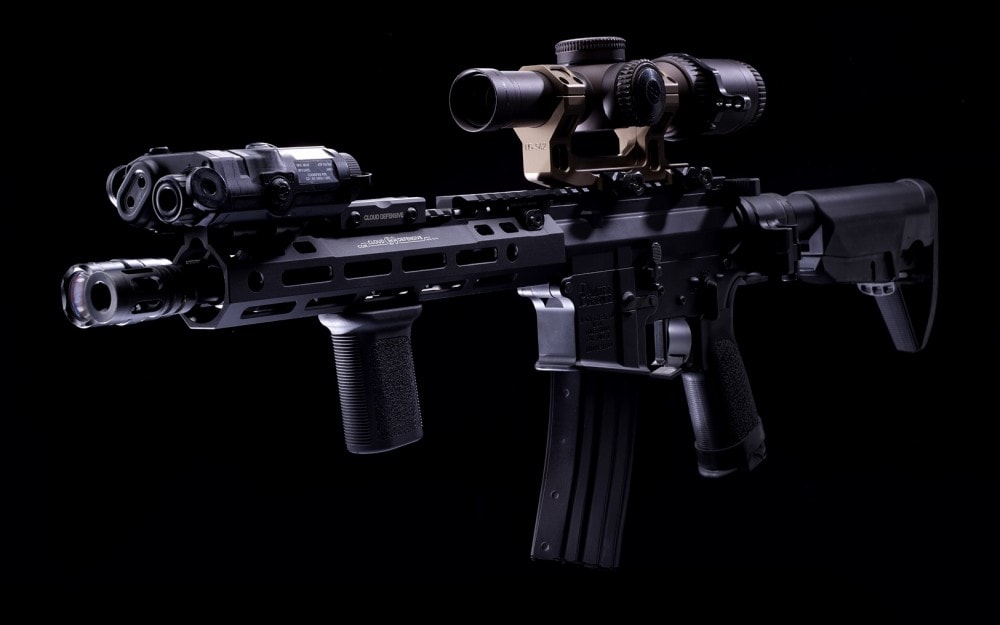 With dedicated rail options for both the OWL and for the LCS/other switches/lights/lasers, the world now has two more rails to choose from. 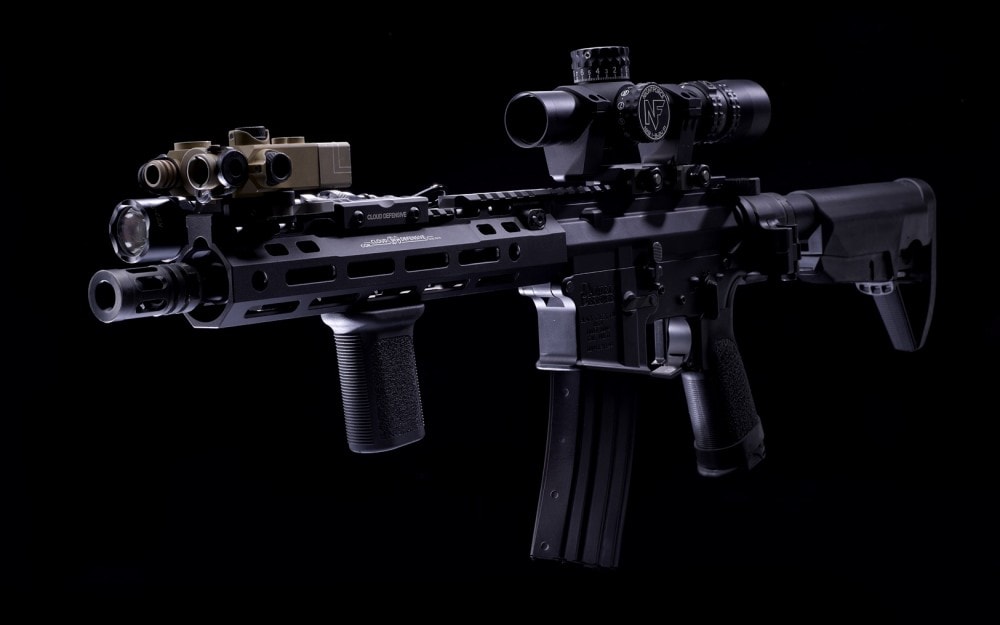 Both COR rails are 9.55” in length to support both 10.3 and 10.5” barrels with longer barrels being compatible as well. 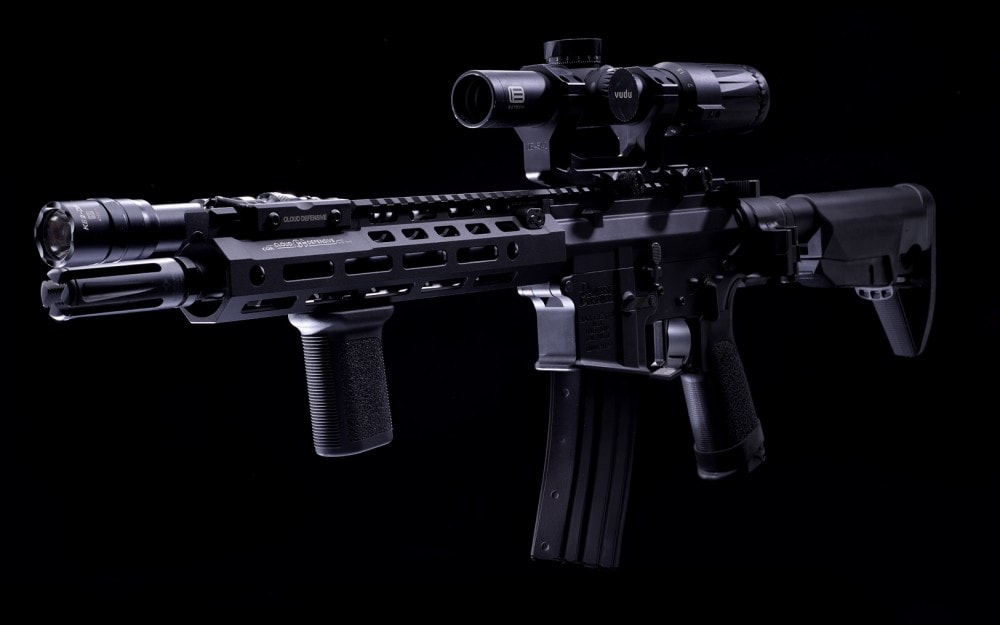 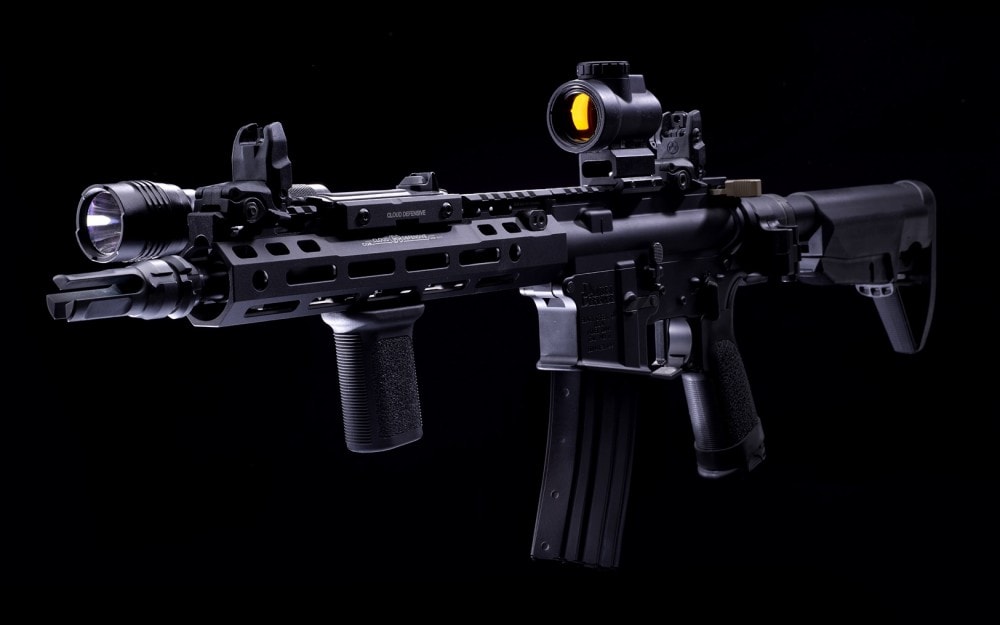 And finally, both COR models feature two QD sling attachment points on each side of the rail as well.

In their own words “We absolutely do not want a one-size-fits-all rail system. The rail system should work around the equipment a user mounts to it. That means tailoring the fit of those systems to the rail and developing solutions for specific setups. There is no reason to avoid the creation of purpose-built rails that offer substantial improvement for individuals with specific set-ups or needs. We’re sick of giving up optimal light/laser control positioning and ideal ergonomics. Historically that battle has been fought with the lights/lasers themselves and those things have been forced to work around the existing rail systems. In doing so, the user gives up optimization in exchange for a higher level of modularity. But that’s not always the answer. We looked at it differently. We can either fight the engineering challenges of perpetually making these sighting/targeting systems smaller. Or we can do that and work the rails around them at the same time to achieve the best possible interface. Being that we are a weapon light and accessory manufacturer, we have the unique ability to shape the rails around the accessories and lights that we are making. They then integrate seamlessly. So COR came to life out of necessity and it also offers people the ability to really improve their setups, even if they don’t utilize any of our other lighting products at all”.