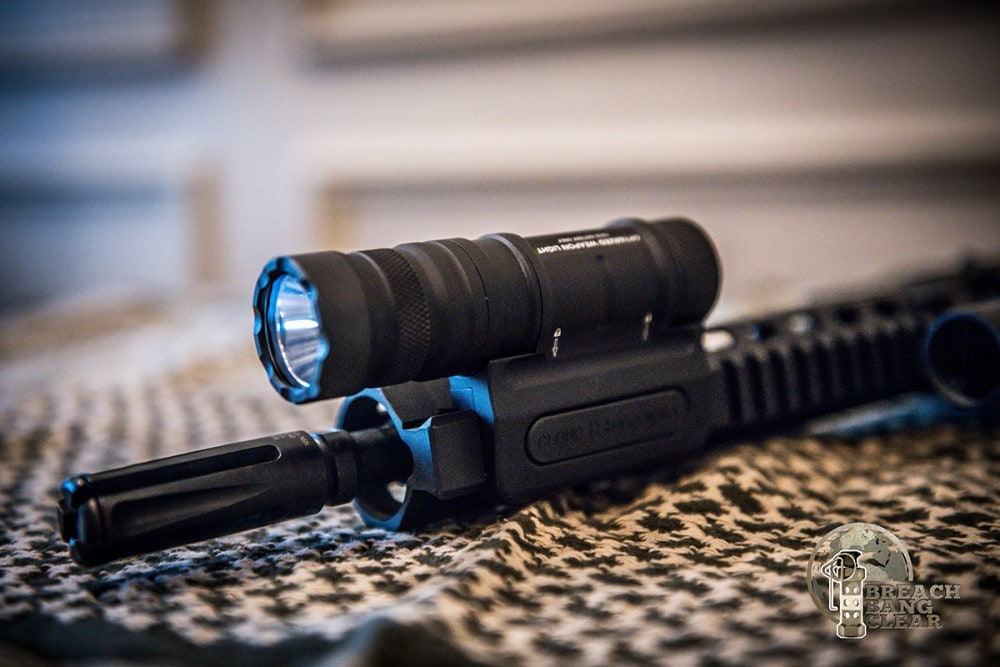 One of our guys took some time out during SHOT Show 2019 to talk with Sean McCauley and some of the other fellas about the Cloud Defensive OWL and COR. 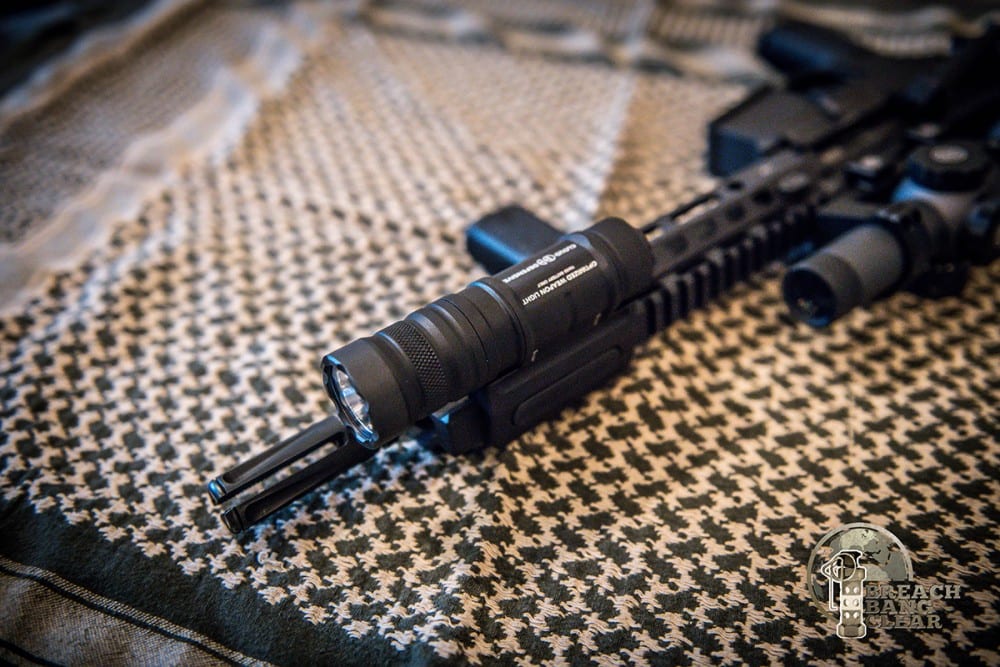 We wanted to get a closer look at their new rail and other goodies and McCauley was happy to oblige by explaining the design features of the COR and OWL.

The OWL is a one-piece solution, so users won’t have to worry about purchasing tape switches, adapters, tail caps, etc. It has a reversible head and tail which allows it to be mounted in a left-handed configuration. It’s a sealed system, so it’s waterproof. Officially, McCauley says it can go through 200 feet of water for 24 hours. The mounting tool is built into the tail cap so it’s easy to install.  The OWL candella rating is over 50,000.

The Cloud Defensive COR is tailored to the dimensions of the weapon light. It is made with thicker metal than most rails, for a rigid system. The COR is designed for the OWL, but it also works with the LCS Mk1 for the Surefire. COR V1 optimized for rail. COR V2 is for guys running lasers, surefire scouts, and other weapon lights not from Cloud Defensive.

Here are a few shots of Cloud Defensive stuffs and things. 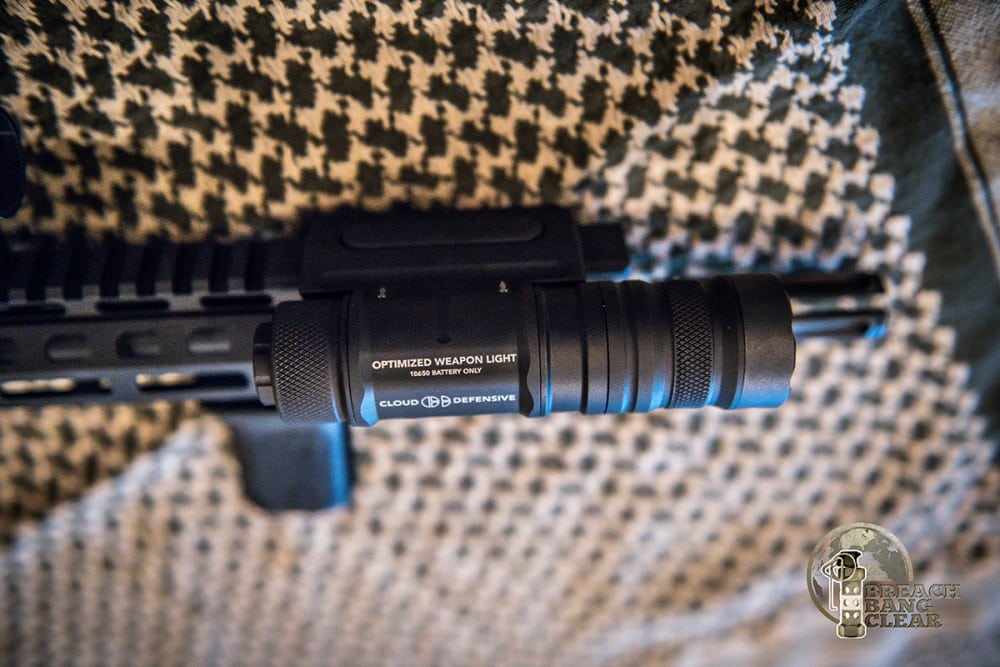 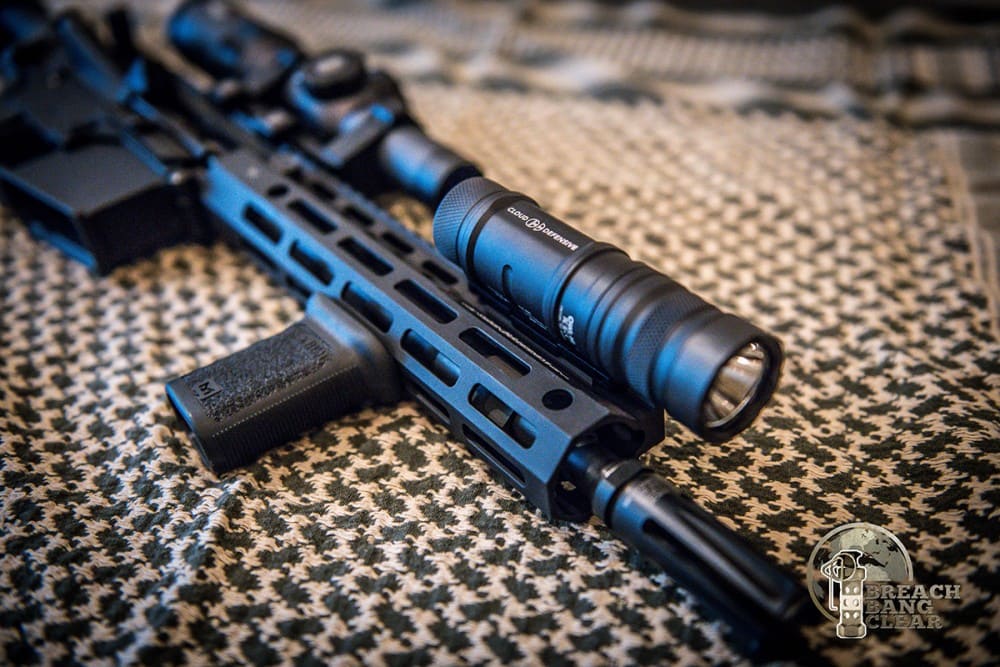 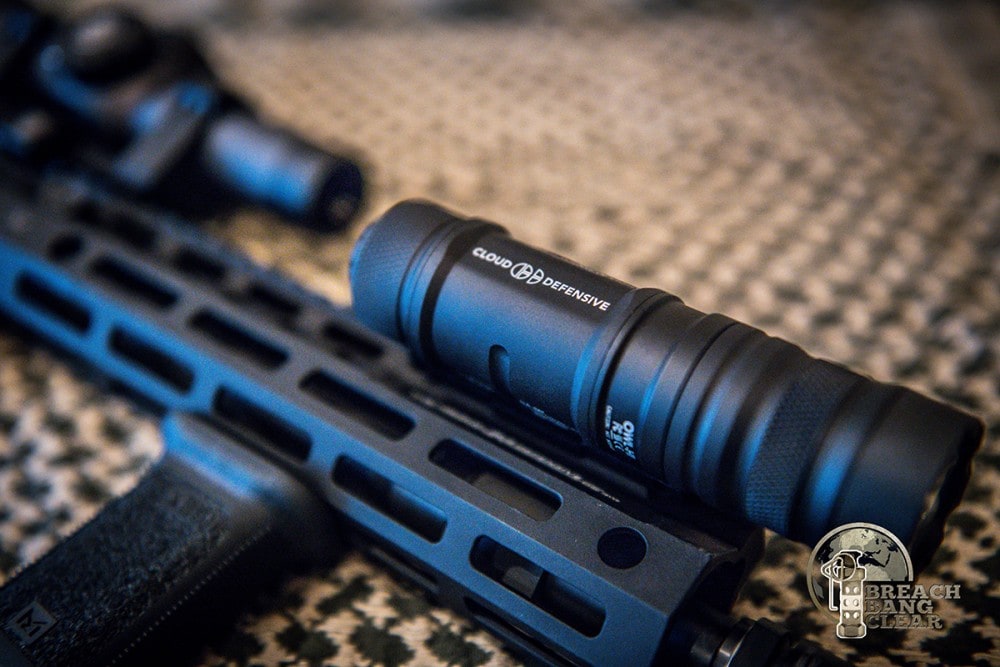 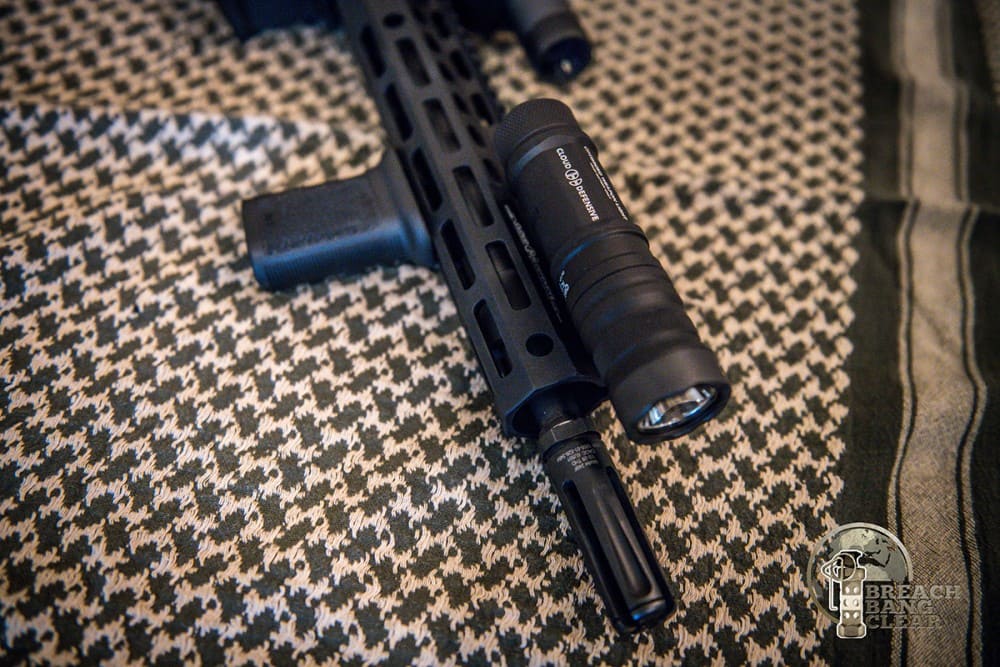