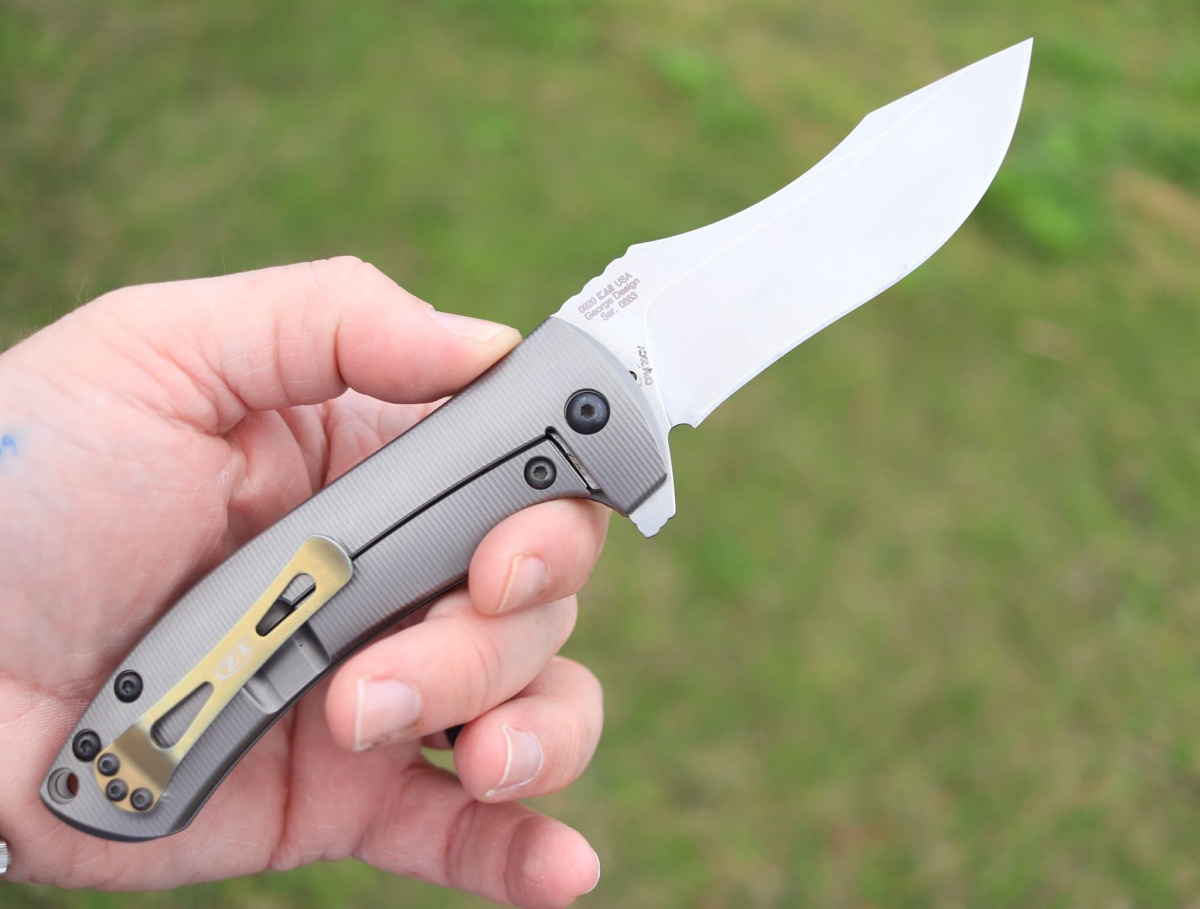 In this episode of Monday Night Knife Fights, Jake Bush takes a look at a full-sized folding knife designed by Les George for Zero Tolerance.

When knife guys talk about knife makers and designers they ask questions about the maker’s military or law enforcement experience, and is he some sort of badass? Then they ask about who mentored him in knife making? Did he get his start with a master maker? Does he have a pedigree where he knows the history of the designs and the Old Masters who paved the way for everyone else?

Les George Checks All of Those Boxes.

Dude was a Marine Corp explosives expert. He was mentored by the late great Hawaiian knifemaker Stan Fujisaka, and Les is a wealth of knowledge about military knives, particularly daggers. In fact, he has amassed a collection of historical military and custom daggers that I’m pretty sure rivals any other collection out there, including several pieces I’d love to talk him out of. Les certainly has all the usual boxes checked.

And then you get to his knives. Les makes the kind of stuff no one else even attempts. Like recreating the infamous 1918 trench knife from an example in his “library of daggers”. The 1918 trench knife was basically a set of cast brass knuckles with a skull cracker pommel out one end and a dagger blade out the other end. Except when Les does it, he does the handle in CAST TITANIUM. Sheer insanity, yet the result is a lightweight 1918 trench knife which defies logic as you hold it. 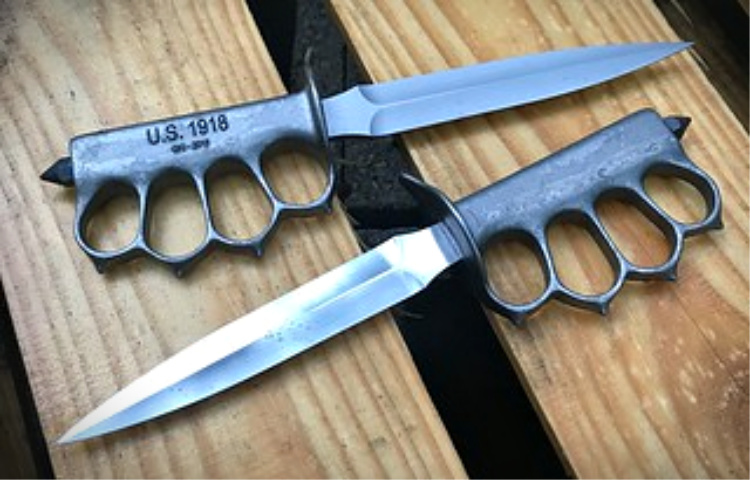 So naturally, ZT said, “let’s get this guy!” and together they started producing a line of amazing collaborations like this  ZT 0920 folding knife.

Based on Les’ custom knife, the Harpy, ZT wasn’t messing around. They used high-end CPM 20CV steel riding on KVT bearings, and sandwiched it between two titanium milled handles with a nice rounded contour along with some standoffs and a steel lock face insert for longevity. 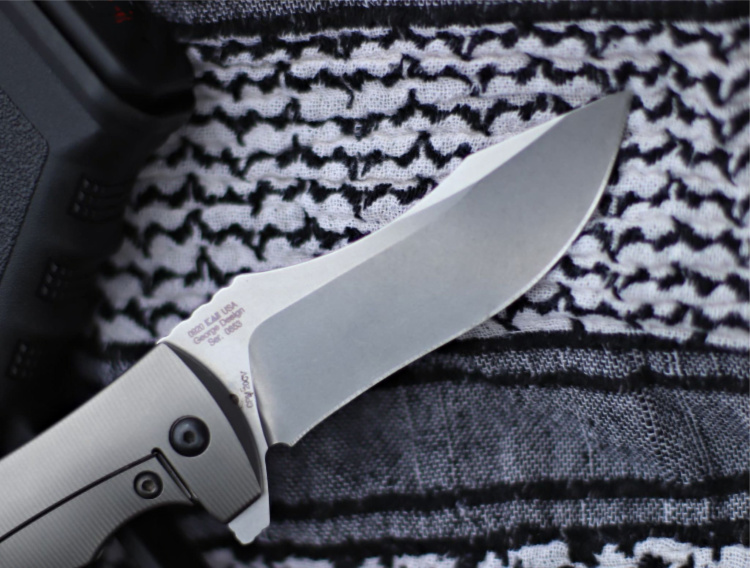 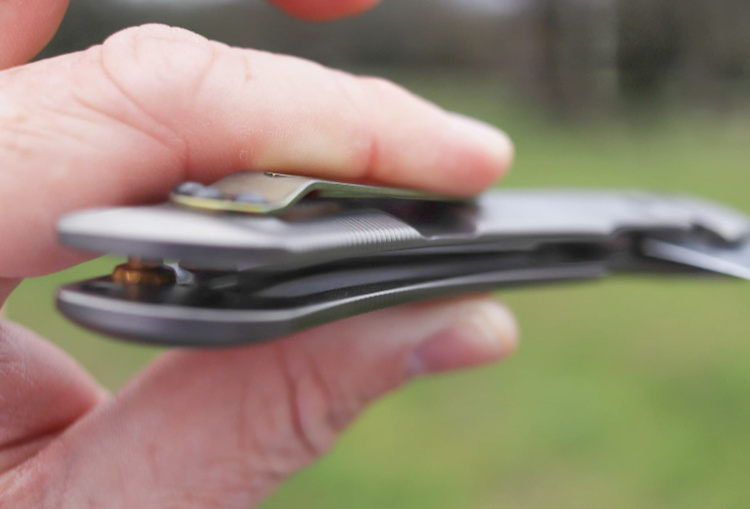 Then they went the extra mile and milled out pockets on the insides of the handles where you never see it but you FEEL it. It’s a noticeable reduction in weight similar to a looking at a Sherman tank than handles like a pickup truck. The result is a knife that freaks you out a little bit when you first pick it up. It’s as solid as can be, but at just under four and a half ounces, the weight — or lack thereof —messes with your head a little bit, just like Les’ trench knife! 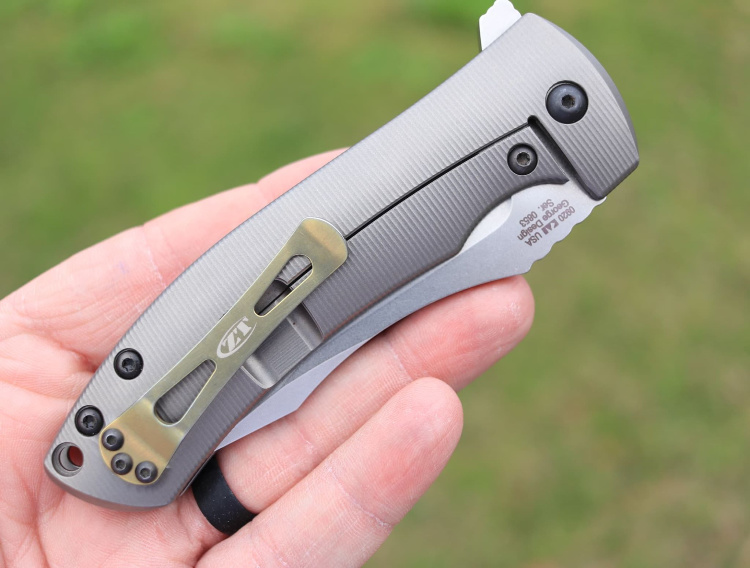 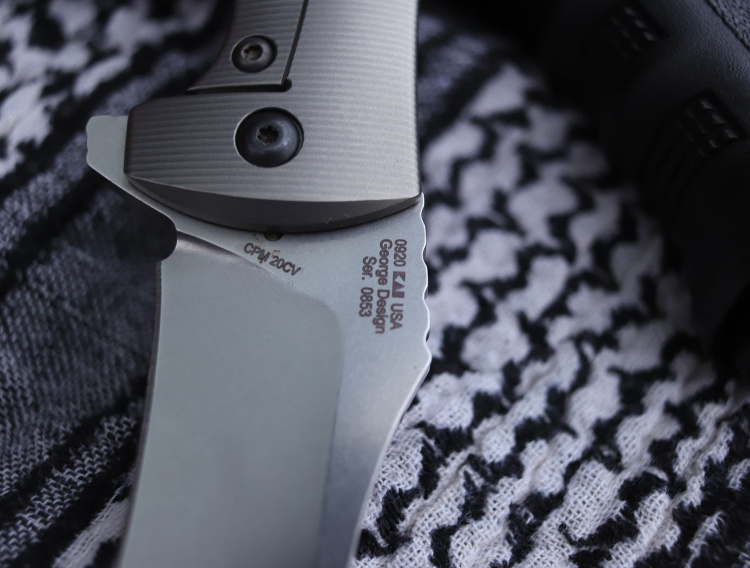 CPM 20 CV steel and a titanium handle make for a great matchup.

Just Right for Guys Who Appreciate a Full-Sized Folding Knife

Remember this is a full-sized folding knife at 9 inches open with almost 4 inches of blade. I have larger than average hands and it has plenty of room for us ham-fisted fellows. And that five-inch rounded titanium handle is solid as hell. I can flex most folding knives by squeezing hard but this one doesn’t bend. And the milling on the handles is done so it leaves a texture that is smooth yet avoids the slippery “bar of soap” feeling some Ti handled knives have. 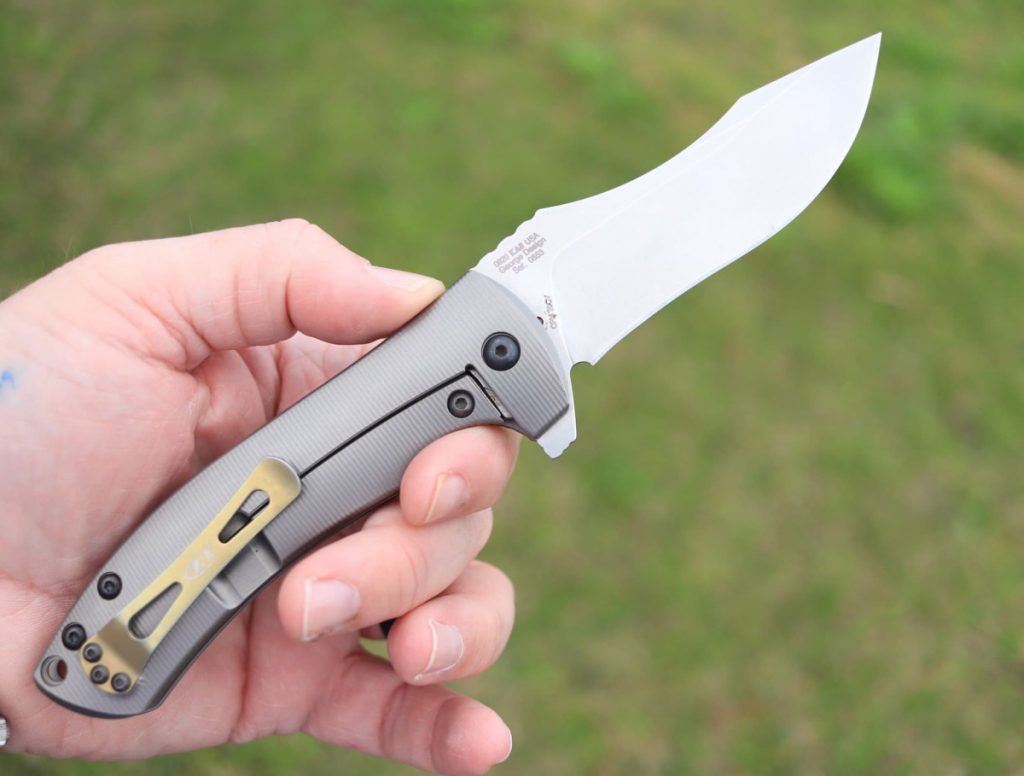 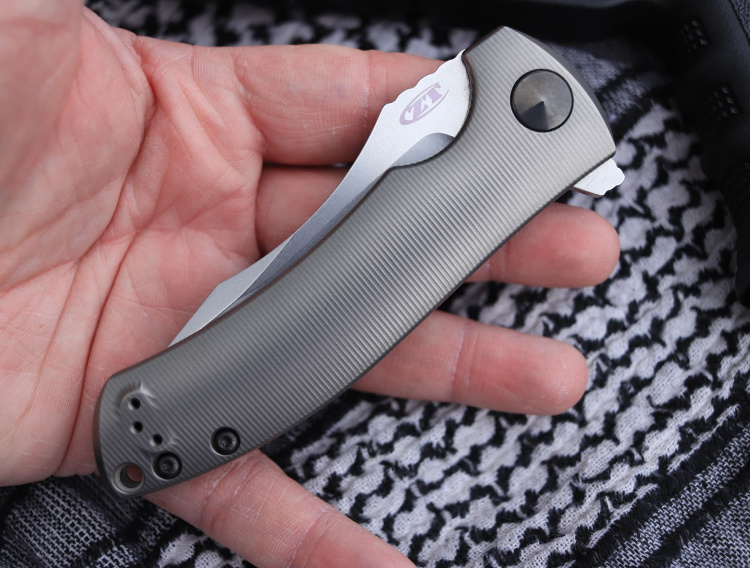 They hit the Goldilocks zone on the bearings so the flipper kicks the blade out with a punch that ends in the solid THUNK of the frame lock, dropping that steel lock face insert in place. Which it does with a hypnotic regularity of the kind of “Snap, THUNK…Snap, THUNK that’s guaranteed to irritate your significant other while you watch TV. 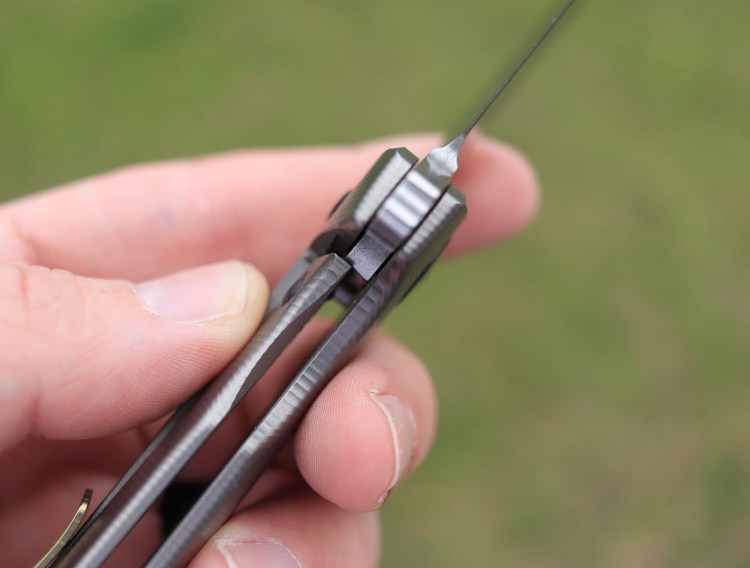 Framelock construction makes for a strong lock which is SOLID.

Plus, it’s pretty. Yeah, I said it. ZT popped in an ambi tip-up clip they anodized a nice shiny bronze to match the standoffs. It’s those little accents that add just the right amount of “Bling” to make you want to show it off.

Basically ZT made the 0920 folding knife to check every box. Badass custom maker as a designer, excellent design, top tier materials, smooth action that pops like a champagne cork, a little bit of Bling tastefully done, and as an added bonus they hit those little hard to see details like a steel lock face insert and milled out pockets to drop the weight so much it feels like a magic trick. And they did it all for a knife with an MSRP of $300… if you can find one as it’s a discontinued model. Yet it’s an all-around winner.

Did I mention it has a deep grind with a razor edge and a point that’s perfect for everyday use? Les George and Zero Tolerance kicked ass…..again.

I asked Les for a comment about the 0920 and he said “I think the ZT 0920 has been my favorite ZT project so far, I personally like a full-sized knife, like the 0920. Zero Tolerance executed my design fantastically, as usual.” 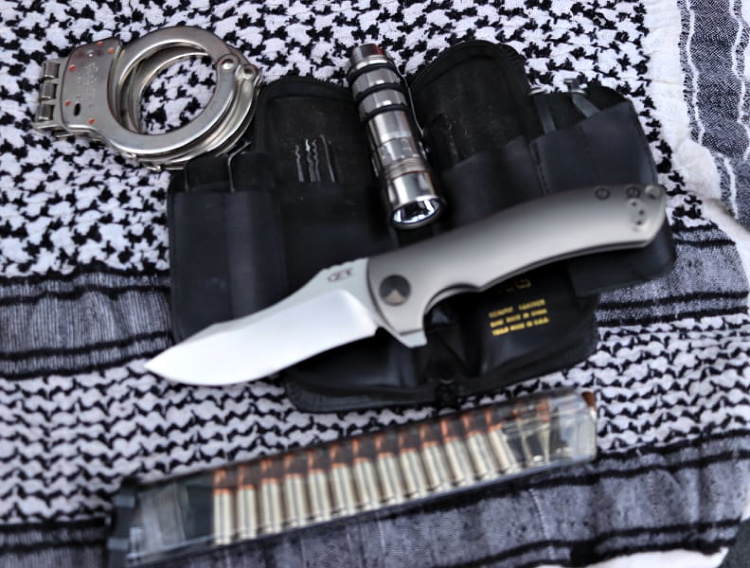 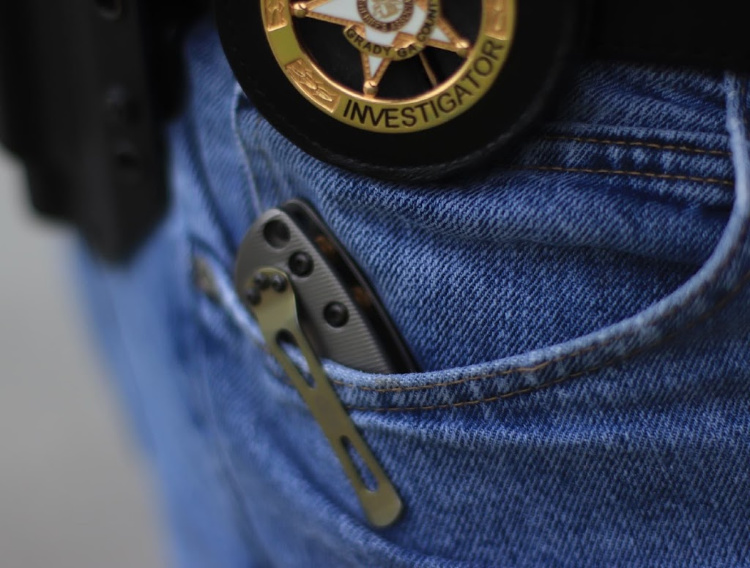