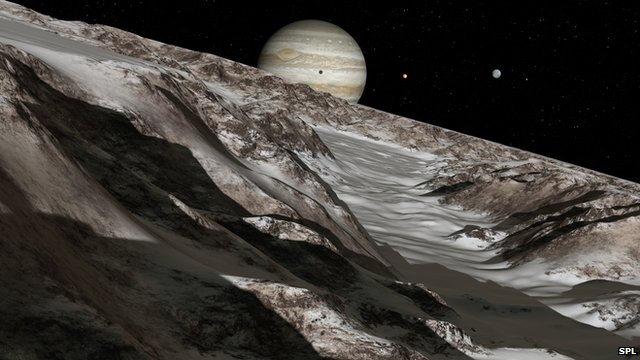 This article was originally published on Friday, May 8, 2015.

I got my first look at the interior of the outpost. It made me miss some of the shithole slums in war-torn Africa. It looked like the late twentieth century artist Escher had designed a tenement block in Hell. The living areas were built on the inide curve of the asteroid’s outer crust. Housing consisted of apartment blocks crammed together side to side, stretching toward the stone overhead. Elevators led ‘up’ to the mines in the center of the rock. A web of steel alloy rigging held everything in place. The effect was like being in a bowl with a huge rocky ceiling irregularly set with lights, many of which had been shot out during the riots, giving the whole place a twilight gloom. The sounds of sporadic gunshots and sirens drifted through the air that stank of burning equipment and homes.

The Marines – From India and Africa to the Asteroid Belt 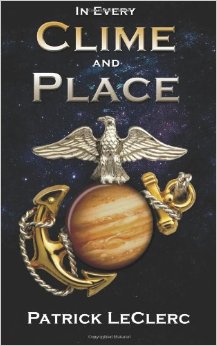 In Every Clime and Place is a near future sci-fi novel by Patrick LeClerc. The protagonists belong to a unit of Marines assigned to a small naval vessel (a spaceship named, appropriately enough, the USS Tripoli) out in the ass end of beyond. It takes place mostly in the waning of the year 2075 and early part of 2076 — far enough out for the sci-fi feel and a ready acceptance of space travel, not so far out that weapon/armor technology have advanced pasts something a modern veteran of Iraq or Afghanistan couldn’t identify with it.

Most military action referenced (or experienced) in the novel centers on counter-insurgency, rebellion, response to corporate-sponsored warfare or counter-piracy operations. For instance, mines on Ganymede are vulnerable to both corsairs and armed corporate conflict. Mars has become a Gold Rush type ‘boom town planet’ and is a hub for all travel from Earth. Territorial disputes and the threat of piracy demand a military presence. Although the US Army is responsible for garrisoning Mars (the 1st Infantry Division, in a bit of well-crafted irony), it is the Marines who venture out into the remote reaches of space. In this LeClerc has done an admirable job of capturing the “colonial/expeditionary” feel of the Banana War era, seasoned with a little of the corsair-fighting Barbary Wars thrown in.

“The remaining engines of the raider sputtered out, shredded by .50 cal rounds. The same weapon had been used with similar effect on Japanese Zeros and German Messerschmitts more than a hundred years ago. I liked the .50s. They were nearly fossils, but they did the job. Regardless of how much high tech was proposed to replace them, the old relics stayed in use. Kinda like Marine infantry.”

Although the author doesn’t go so deep as to deliver a history lesson, he does give the reader a vague idea of mid- to late-21st-century geopolitics. Little has changed, though there’s a decidedly dystopian feel to it. Most recently there’s been fighting in Serbia and Africa, FID missions in the Himalayas, actions in the Indian subcontinent, later patrols along the India-Pakistan border to keep the peace and several operations to bail out diplomatic personnel, NGOs, etc. The US, Germans and Chinese seem to dominate space travel (including deployed military units) with the latter lead an “Asian solidarity” of several countries. This adds a political, national interest to the duty in already remote and volatile area (again, not unlike the late 19th and early 20th century).

LeClerc is clearly a smartass and turns an excellent phrase. His ability to craft a scene is excellent, although a few references made by the lead protagonist might not be immediately clear to the reader, i.e. The passage looked like a Jason Pollock painting of a butcher shop (after some frags and mags). Many readers won’t have a clue who the hell Jason Pollock is – but if you do, damn that description is awesome. That’s not always the case of course. More often it’s just direct, visceral prose: “The sprawling spaceport was a little like a cross between Ellis Island and Las Vegas, with a Calcutta slum thrown in for stark contrast. “

Fighting scenes are well done, which will be important to many Breach-Bang-Clear readers. In this LeClerc’s own experience may play a part, I don’t know (he’s a Marine veteran, though I have no idea what MOS or where he might have deployed). He does take into account a number of details that add a nice verisimilitude to combat (for instance compensating for different gravities when assaulting different planets or moons, NCOs making sure the troops know their dope in various atmospheric conditions, etc.). Here’s an example:

The pirate whipped his rifle up. I acted on impulse. I lunged at him, delivering a vicious Southie bar-room headbutt and knocking his rifle aside with my own as he fired. The flash was blinding and even in the thin atmosphere I heard the crack as the bullet sped past. As I was a few convenient centimeters shorter than my opponent, the forehead of my helmet slammed into his facemask and sent him reeling back. With my weapon still empty, I reached over my shoulder and whipped out my machete. As he regained his balance and tried to bring his rifle to bear, I hacked at him, burying my blade in the angle between his neck and shoulder. The spray of blood on my mask hid him from me…

Here’s a POV explanation of “hitting the beach.”

“We treated this like a hot landing because we were at our most vulnerable when exiting the assault craft. If the rebels had seized the airlock, and considered us a threat, all they had to do was set up one crew-served weapon, a machine gun or grenade launcher, to cover the ramp. If we filed off parade-ground style, the could mow us down like wheat. We had learned a lot about amphibious landings in the last few centuries. I know there was no water, so “amphibious” isn’t exactly right, but this was an assault from one environment into another all the same. And the term stuck. Three centuries of tradition unmarred by progress…”

Although LeClerc’s writing lacks the gravitas of some authors and doesn’t offer the same sort of glaring political commentary of others (looking at you Heinlein), there are some sobering messages concealed in the prose and more importantly, the author’s acerbic wit is superbly expressed in the candor and mordant humor of his characters. And the characters themselves will quickly engage the reader; take O’Rourke, a salty Marine described by an NCO as “That insubordinate fuck?” when put in for (meritorious) promotion to LCpl for the umpteenth time. O’Rourke is “…a Marine with more hash marks than rank. Hash marks, also known as idiot stripes, were diagonal stripes worn on the sleeve of the dress uniform, near the cuff. Each stripe denoted four years of service. Terry might be the only PFC in the Corps with three hash marks.”

Sure, some of the humor is occasionally a little forced and there are some standard tropes, but overall he does an excellent job capturing the military ambiance, and the way he crafted his timeline was a refreshingly interesting take on the ‘flashback.’ There are lots of good characters, excellent use of humor and irreverence, and obvious familiarity with military life and lexicon without overdoing it…I really liked it. In fact, I liked it so much I immediately purchased LeClerc’s other book Out of Nowhere when I was finished (unfortunately that’s neither a sequel nor a prequel, but it’s worth reading – more on that later).

There will be people who make comparisons or contrasts between Pournell or Heinlein, Haldeman or Drake, Buettner or Frezza, etc. I’m not sure there is an author that would really suit me saying “in the tradition of…” I’ll just say In Every Clime and Place is most excellent LeClerc novel. I highly recommend it to fans of military science fiction and I would happily purchase a sequel.

[Note: this book review is now nearly 3 years old and there’s neither a sequel nor a prequel nor anything else set in this milieu…*sigh* There are, however, some new books, including an anthology, Quantum Aces, and Broken Crossroads, which apparently I bought a year ago and forgot to read.]

In any case, you can (and should) buy a copy of In Every Clime and Place right here, in either Kindle or print format You can learn more about the author here on his superbly named blog, Ink and Bourbon.

“The Vikings thought the world was inside the skull of a giant, didn’t they?” Sabatini asked, scanning the alleyways for hostile movement. “Maybe this place is at the other end.”

“You saying they built a city in Satan’s asshole?” said O’Rourke.

This is a great option for Your Weekend Read.

Here are some past suggestions for YWR:

Lest We Forget, by Leo Jenkins (an Army Ranger medic’s story)

The Blue Effect (3rd book in Harvey Black’s series, covered after the article above)

Leadership in the Shadows by Kyle Lamb – a former CAG SGM’s advice on leadership.

That’s it for now. Go forth and conquer. Oh, and feel free to join the Gear Whores Buyers Club. You’ll be helping us keep the lights on. 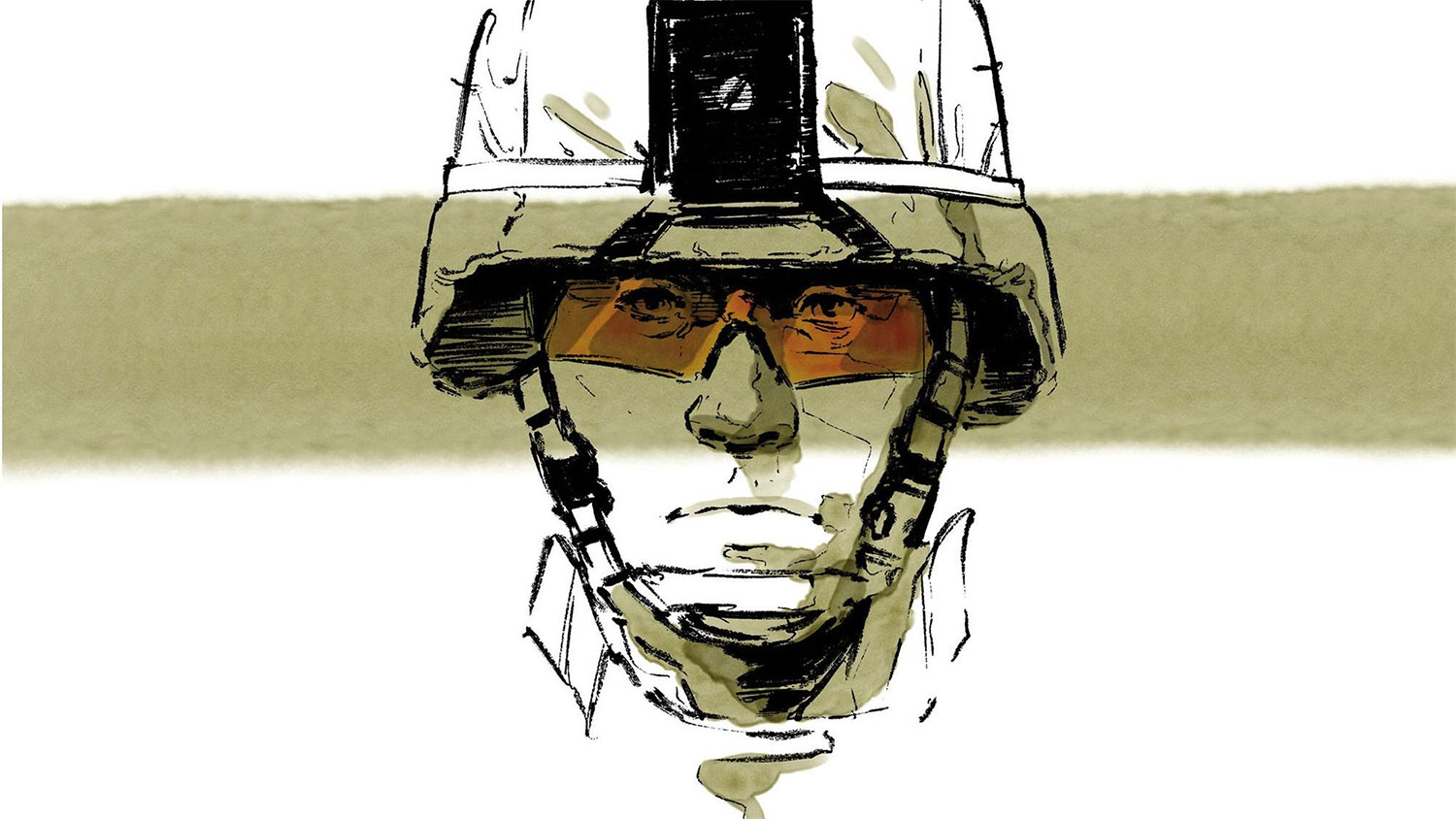 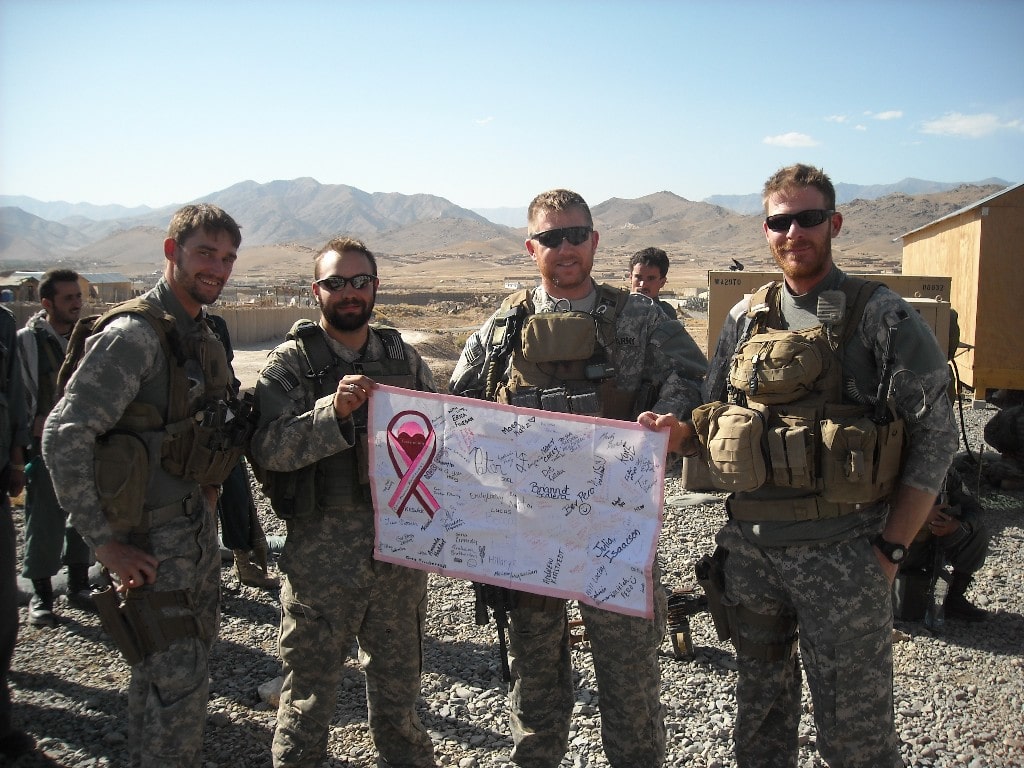 For the Living: A Soldier’s Story on Veterans Day

One thought on “YWR: In Every Clime and Place”