Viking Gear For Your Own Heroic Saga 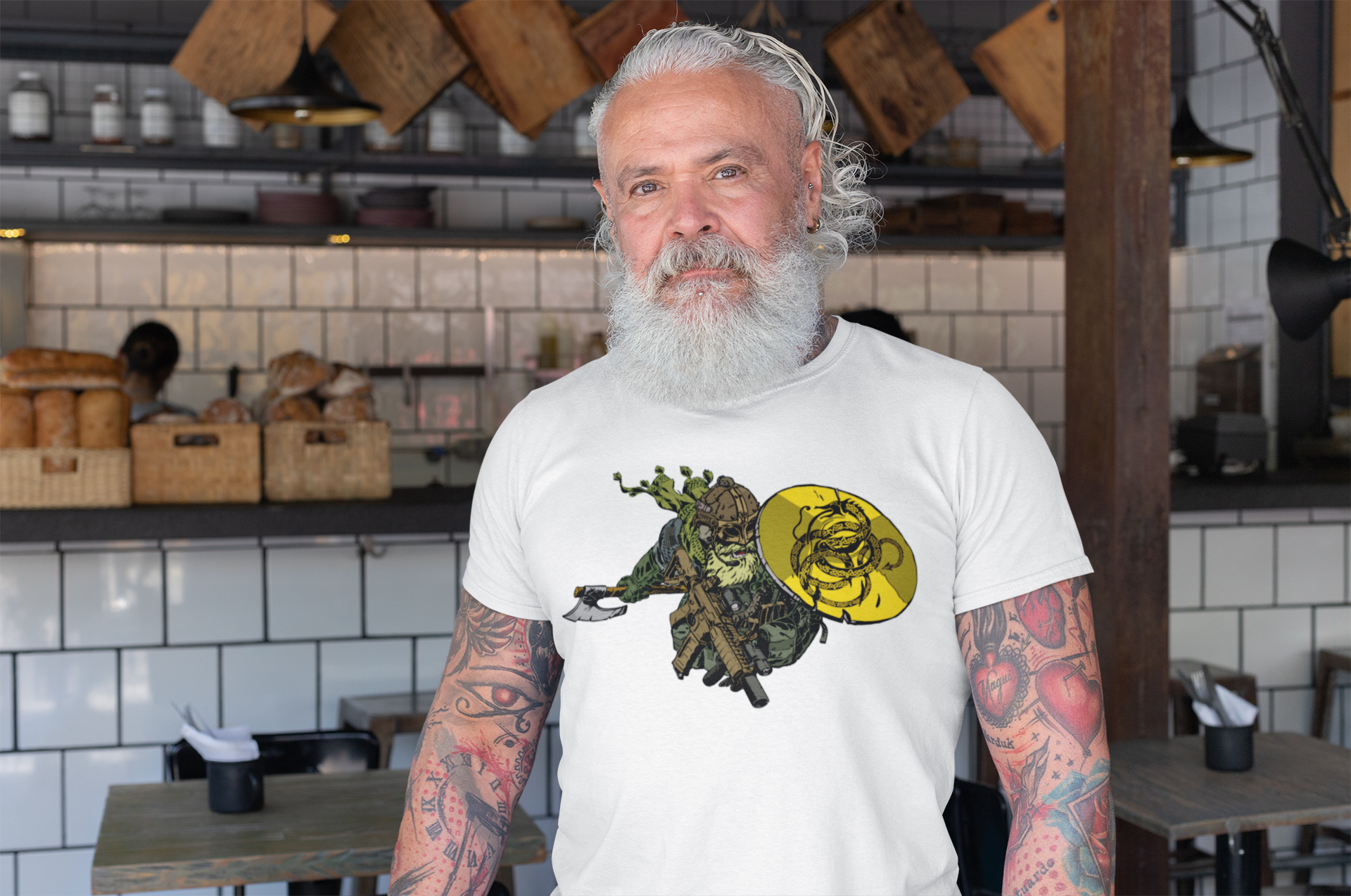 Need the right “tactical apparel” to be the protagonist in your own contemporary heroic saga? Check this shirt out. It’s the latest in the lineup of Viking shirts from Anachrobellum: Til Valhalla III: Don’t Tread On Me. Like the juxtaposed historical warrior archetypes and modern doorkickers showcased in previous designs, the latest Norse tee shirt, sweatshirt, and hoodie designs feature a “classic” themed fighting man (this one a modern Viking)  carrying a mix of lethal steel cutlery from centuries past and an excellent loadout of the best gear currently available. He’s also carrying a shield with the Gadsden Flag on it. 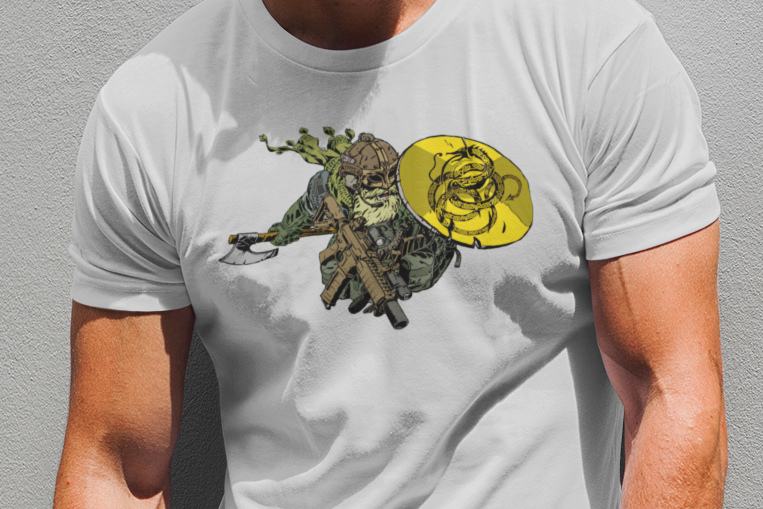 Now, you don’t have to be able to recite the Svarfdæla saga any more than you do the birthday of Christopher Gadsden (it was February 16th…same as today!) to appreciate this juxtaposition. It’s the Gadsden Flag and a Viking warrior straight outta the Hávamál. Well, maybe not straight outta the ole sagas, but you get the idea. 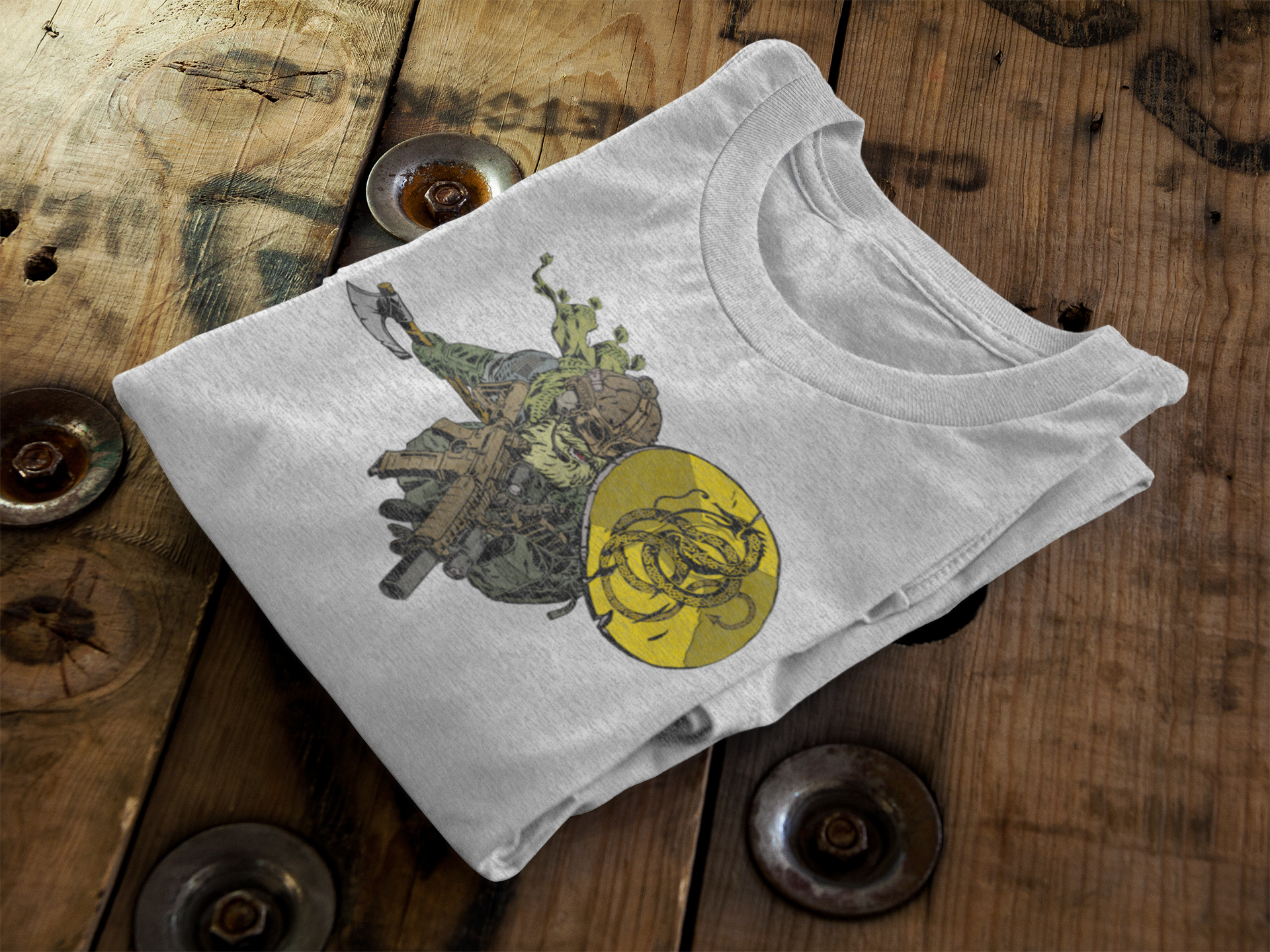 Why the Gadsden Flag? Well, for a variety of reasons, not least because ‘Merica: Don’t Tread On Me. Duh.

Which we think is kinda cool…not least because we had some input in designing it.

Find your Norse-themed “Modern Viking” gear now: we won’t lie we, we want your money. 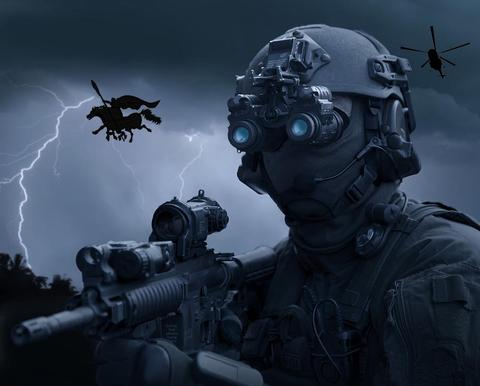 There’s a lot of good information in the Havamal, not least the part about going heeled (and not necessarily just with Viking hardware).

Take the 38th verse (or stanza or whatever).

Roughly translated, as best we can tell, that means:

Away from his arms | in the open field
A man should fare not a foot;
For never he knows | when the need for a spear
Shall arise on the distant road.

Substitute gun for spear and that Havamal verse applies to the modern-day as well. So it just makes sense to add it to the Gadsden Flag. Or it does to us, anyway, and it’s our website, so we don’t really much care if you fucking agree. 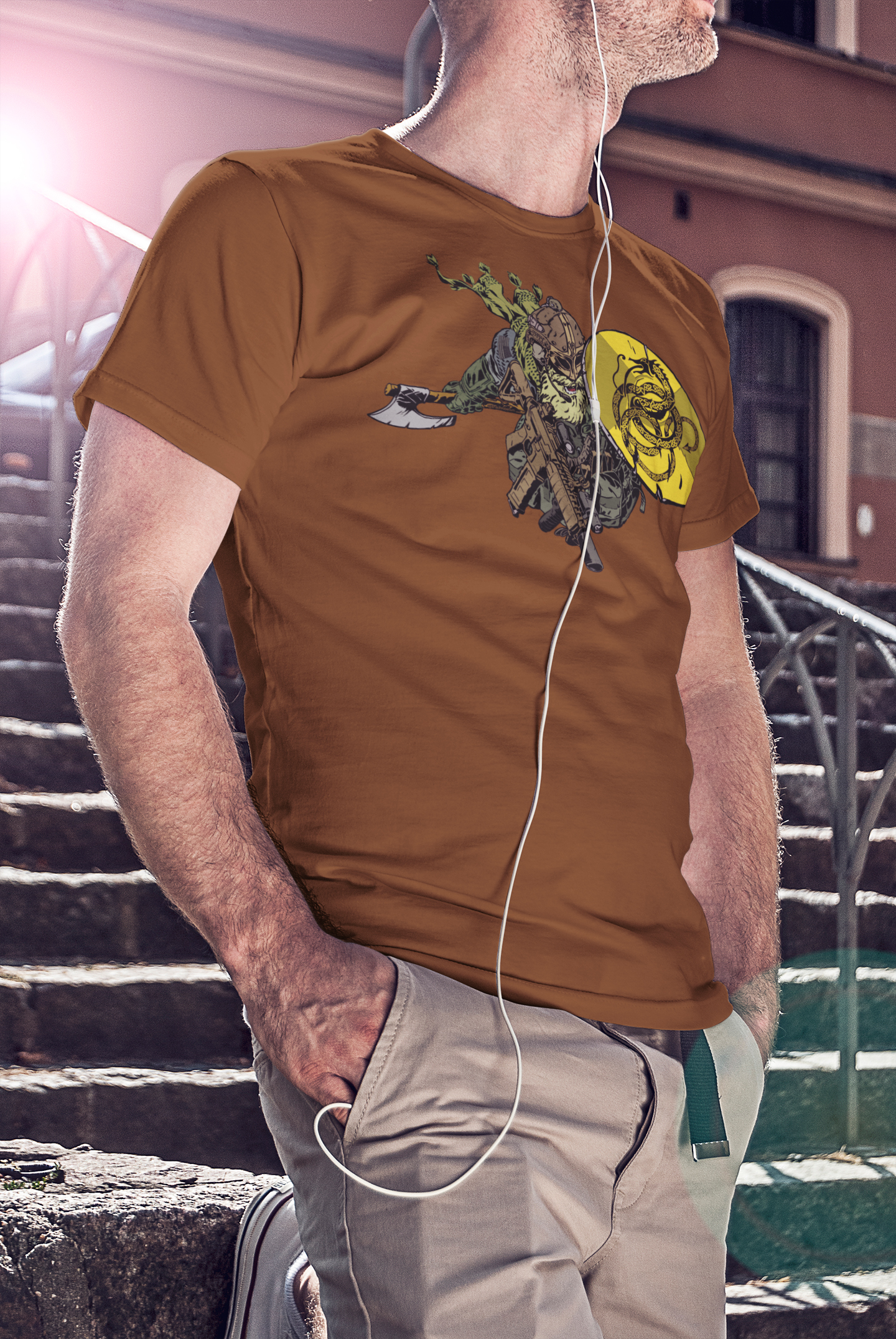 Maybe the best part (for those who go understand the tools and application of violence when necessary) comes from the Gestaþáttr, or so we reckon.

“All the doorways, before one enters, should be looked around, should be spied out; it can’t be known for certain where enemies are sitting in the hall ahead.” 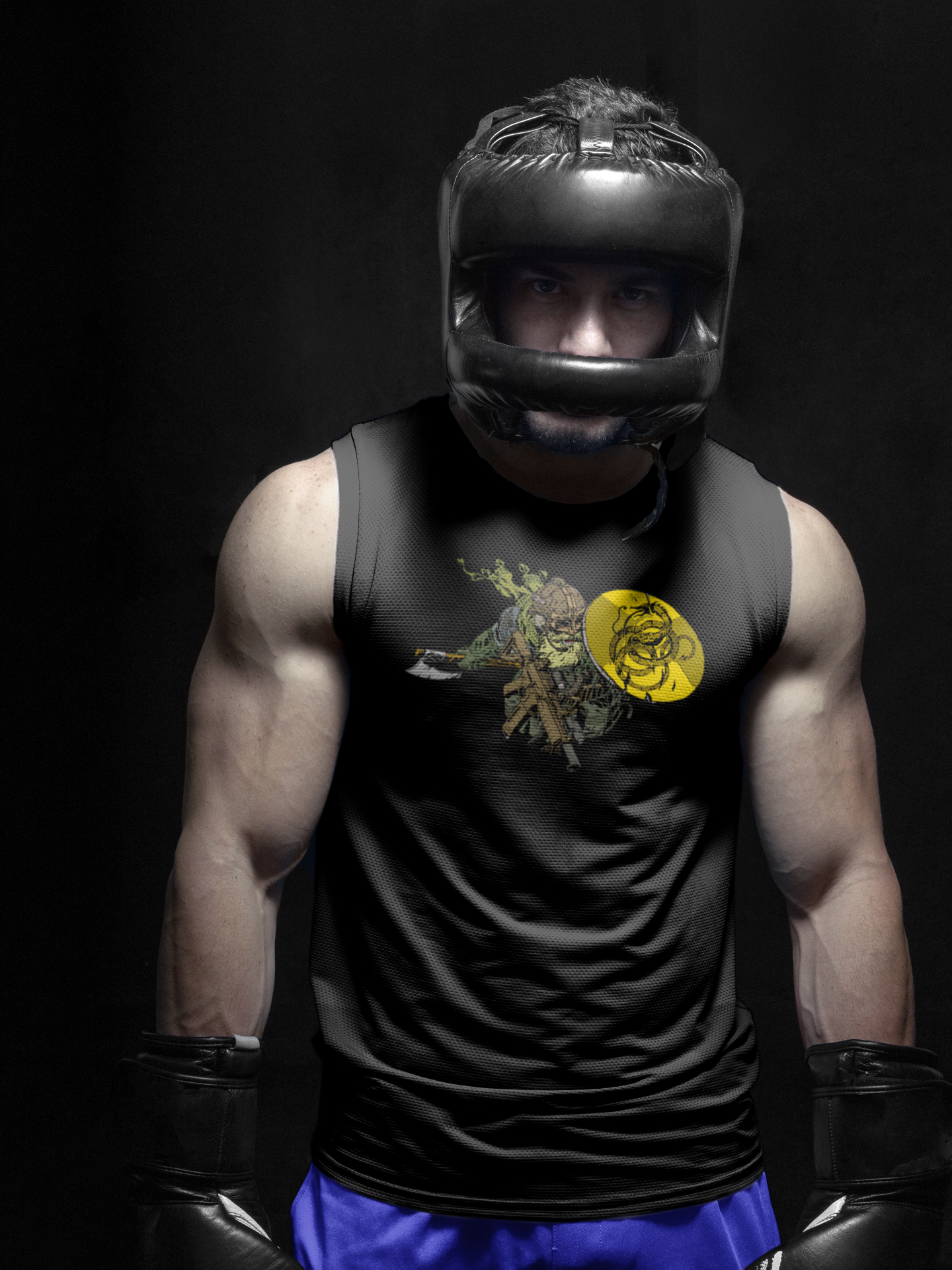 Warrior shirts for a warrior ethos: maybe take more than boxing gloves with you if you’re going to do battle though.

Now, because we want to make this article longer so it does better with search engines, we’ll share a little about Viking fighting tactics and prowess from Hurstwic.org.

For their heroic saga: and yours.

“The sagas give us many examples of admired behavior and despised behavior that help to reveal that mindset. The Eddic poetry, notably Hávamál, makes that mindset even more clear.

Many kinds of fighters appear in the sagas: heroes and cowards, bullies and berserkers. Many of them are capable fighters. They seem to be familiar with weapons and ready to use them effectively. These different kinds of fighters use their weapons in similar ways.

They are direct, aggressive, efficient, and clever. They seize the initiative to take control of the fight. They do what is necessary to get the job done, when it is necessary to do it, using whatever tools are available. And so, they use clever and improvisational moves. They draw upon hidden weapons or reserve weapons as needed. They improvise weapons out of countless everyday objects that are at hand, using them in preference to conventional weapons at times when the improvised weapon has an advantage. They throw their weapons away if that has an advantage. They use their weapons in unexpected ways.

There are not a lot of moves or techniques described in the sagas. Perhaps Viking-age fighters used only a small number of moves. But clearly, they used them well, completing the job efficiently. They improvised as needed, doing the unexpected when it gave them an advantage. They used a cloak, or a stick, or a stone, or a boat oar as a weapon. They pulled down their opponent’s trousers to gain the split-second advantage needed for a killing blow (Fóstbræðra saga, ch. 23).

Power and speed were important to a successful Viking-age fighter, but so was mental prowess. It’s worth remembering that poetry and combat were thought to be related. Both were gifts from Óðinn, the greatest of the gods. Both required extraordinary improvisational skills, and the sagas suggest that some of the best fighters were also the best poets, including Egill Skalla-Grímsson, Kormákr Ögmundarson, Gunnlaugr ormstunga (serpent-tongue), and Hallfreðr vandræðaskáld (troublesome poet).

Additionally, while it was important to dominate physically to win the fight, it was also important to win honor as well, through physical symbols of shame, insulting taunts and curses, and through shaming strokes (klámhögg) such as a stroke across the buttocks (Bjarnar saga Hítdælakappa, ch. 32).”

There ya go. In simplest terms, we figure that sums up much of our stance on the right way to fight (and why you should be a warrior poet in your own heroic saga), though klámhögg, like counting coup among the Plains Indians, is less important than getting the job done and giving guys a dirt nap.

Anachrobellum is online at www.anachrobellum.com. As of this writing, the bulk of their designs are available at MadDuo.co:

Some of the Viking hoodie lineup available from Anachrobellum. Wearing one will make you the protagonist of your own modern-day heroic saga. Prolly.