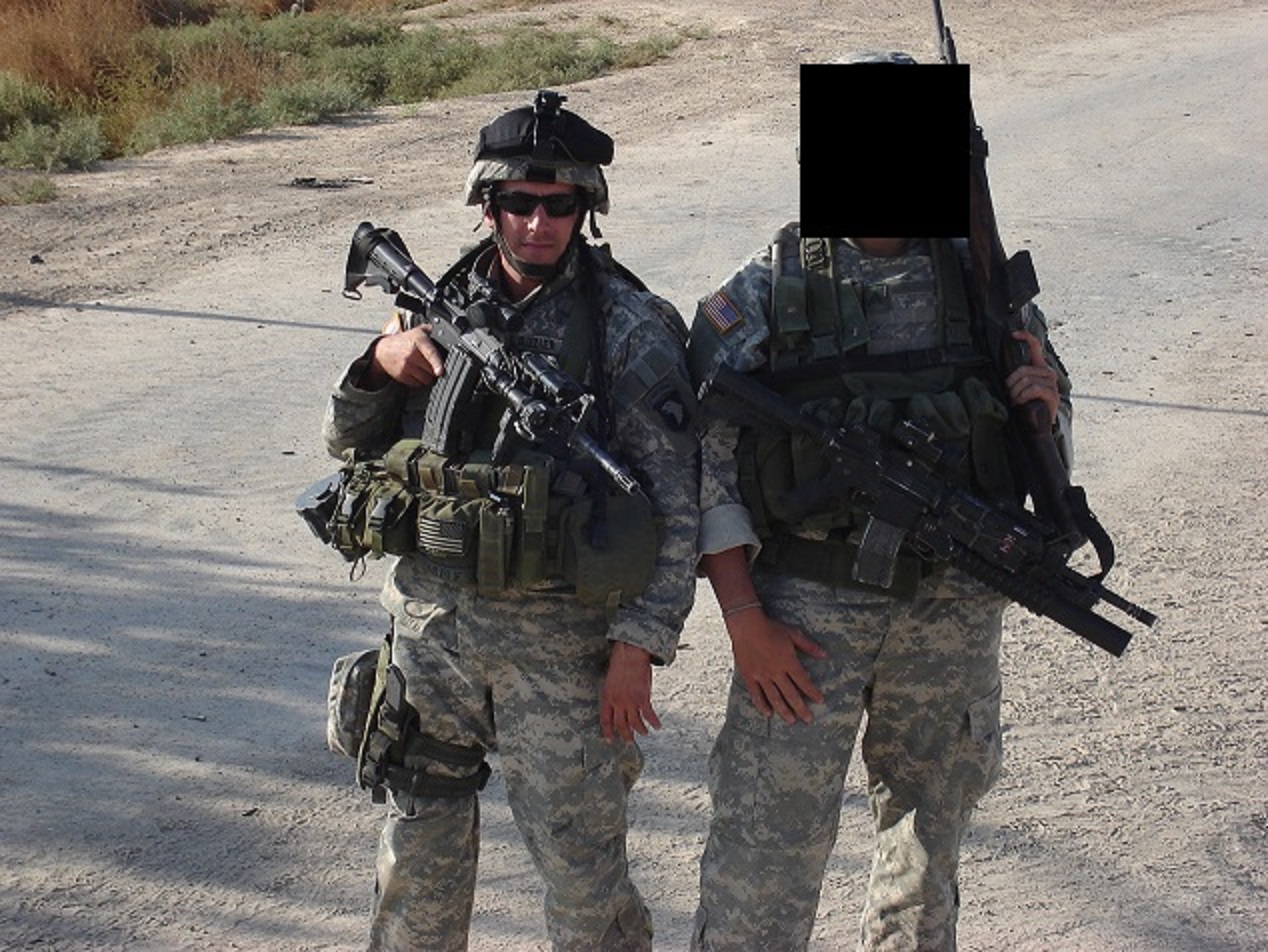 [Continued from Part I – https://www.breachbangclear.com/war-crimes-hard-choices-and-harder-consequences/]

To put it mildly, Green wasn’t the most credible guy in the platoon. Yribe didn’t believe him. However Green, who had not gone on the patrol to the house, was able to exactly describe the crime scene: he knew where all the victims were, what positions they were in, and how they had been killed. Yribe decided, for reasons he will explain later, not to report it. Instead, he told Green he would be kicked out of the Army. Yribe would send him back to combat stress, Green would report that he was going insane, the Army would look at his previously known mental problems and discharge him.

Green went to combat stress. Within weeks, he was out of Iraq and out of the Army. The crime was effectively covered up. Local Iraqis didn’t suspect Americans had committed the crime; the only people who knew were the criminals themselves, plus PFC Howard and Sergeant Yribe. Among all the other violence raging throughout Iraq, the mass murder of an innocent Iraqi family was quickly forgotten.

Three months later, on June 16th, 2006, first platoon was hit by an absolutely predictable disaster. Three low-ranked soldiers, left to guard a bridge alone at a position called the Alamo, in only one vehicle with no barricades at all for protection, were attacked by insurgents. Other platoon members at different checkpoints heard the gunfire, rushed to the bridge and found Specialist David Babineau dead in a canal. Two PFCs, Kristian Menchaca and Thomas Tucker, were missing. The American military went into overdrive to find the missing soldiers. Already stressed, weakened and battered, first platoon was now in chaos.

In the midst of that chaos, Justin Watt and Tony Yribe found themselves having a quiet conversation at a Forward Operating Base. They had been sent there for medical appointments before the attack on the bridge checkpoint. When they heard about it and tried to go back to their platoon, they were told to stay put.

Watt was incredulous; he couldn’t believe what was happening, what had been happening for months. He had withstood all the horror and heartache of the deployment thus far without bending; he had watched Nelson and Casica fade away after they were shot, absorbed the emotional blow when Lieutenant Britt and Specialist Lopez were blown apart by an IED, seen civilians shot and tried to save their lives, risked his life in firefights, and through it all he kept it together. But now he felt broken. On top of everything he had suffered so far, now he had to accept that another of his friends was dead and two more were probably being tortured to death. As he took in the desperate frenzy of activity, he asked Yribe a question.

“Sarge, before we deployed over here, did you ever imagine it would come to this? I can’t believe what’s happening. This is fucked up.”

Yribe nodded. “You know what’s even more fucked up?”

“You remember that family that was murdered near Checkpoint 2 back in March?”

“Yeah, I remember,” Watt replied. What Yribe said next stunned him.

Over the next several weeks, I’m going to describe what Justin Watt, John Diem, Eric Lauzier, and Tony Yribe went through. Each man will have a chapter. I’ll also include a chapter about the Army’s efforts to use this incident as a catalyst for change at the institutional level.

It’s worth noting the veterans I’ve interviewed don’t all speak with the same voice, or hold the same opinions. Tension still exists between some of them. Some have been diagnosed with Traumatic Brain Injuries and Post-Traumatic Stress Disorder. The events they’re describing occurred eight years ago. Not surprisingly, they don’t all remember certain events the same way. Any combat vet will tell you that no two soldiers remember combat exactly alike.

As I tell their stories, I’ll add my own observations and opinions, which will be clearly identified as such. This won’t be my take on their experience; it’s their story, which I’m just channeling for them. I’m honored they’ve decided to trust me with it. I can’t overstate how important it is. The manner in which they handled this moral dilemma is worthy of serious study.

I’ve been a frequent and vocal critic of the Army’s overemphasis on the wrong subjects. I think the Army has badly overreacted to politically sensitive topics like military sexual assaults, and has gone so far overboard on safety rules that soldiers sometimes feel they’re being treated like children. The end result has often been angry, sullen troops who feel that combat training is being sacrificed for “feel good” programs which are nothing more than a CYA for the Army.

The subject of war crimes and ethics in combat, however, is different. It’s not something that takes time away from combat training; it IS combat training. Talking about this incident can prepare soldiers and leaders for the unthinkable acts they may see in war, and help them handle those acts the right way.

The last chapter of this series will cover lessons learned. Watt, Diem, Lauzier and Yribe have a lot to say in that regard. As a senior NCO and leader of soldiers, I’ve already begun to apply what they’ve taught me. And I believe they have a lot to teach everyone, not just those of us in the military.

If you missed the first installment, you can go back and read it here. Go on to read Part III, Part IV and Part V as well.

Chris Hernandez Mad Duo Chris (seen here on patrol in Afghanistan) may just be the crustiest member of the eeeee-LIGHT writin’ team here at Breach-Bang-Clear. He is a veteran of both the Marine Corps and the Army National Guard who served in both Iraq and Afghanistan. He is also a veteran police officer of nearly two decades who spent a long (and eye-opening) deployment as part of a UN police mission in Kosovo. He is the author of White Flags & Dropped Rifles – the Real Truth About Working With the French Army and The Military Within the Military as well as the modern military fiction novels Line in the Valley and Proof of Our Resolve. When he isn’t groaning about a change in the weather and snacking on Osteo Bi-Flex he writes on his own blog, Iron Mike Magazine, Kit Up! and Under the Radar. You can find his author page here on Tactical 16. 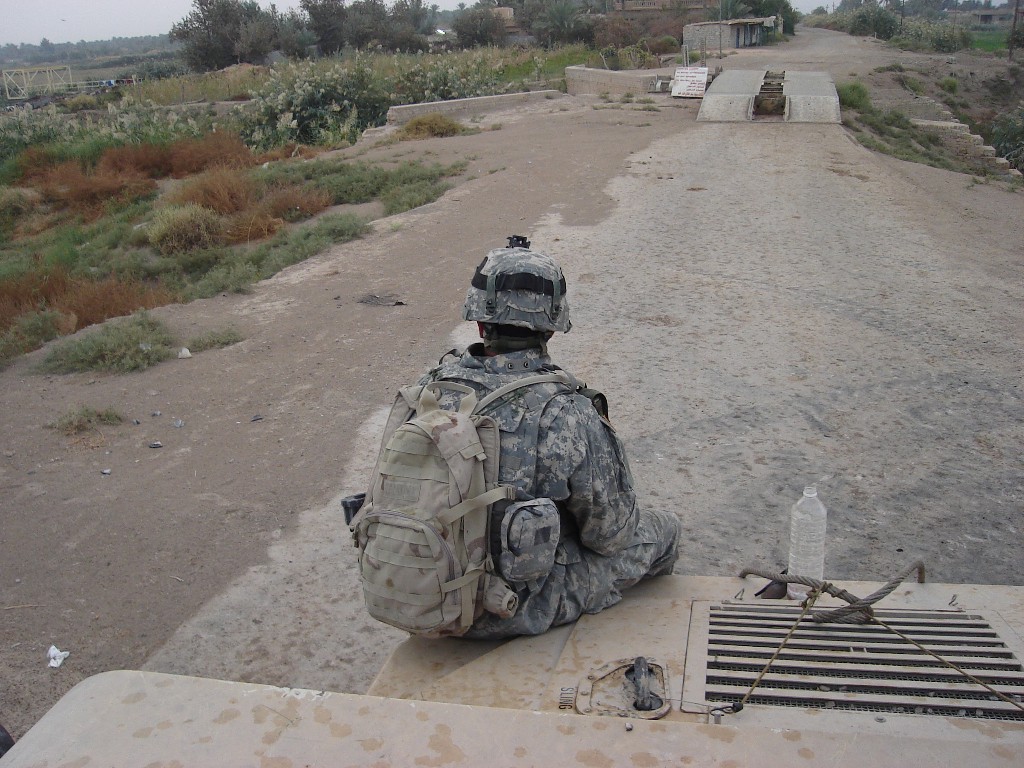 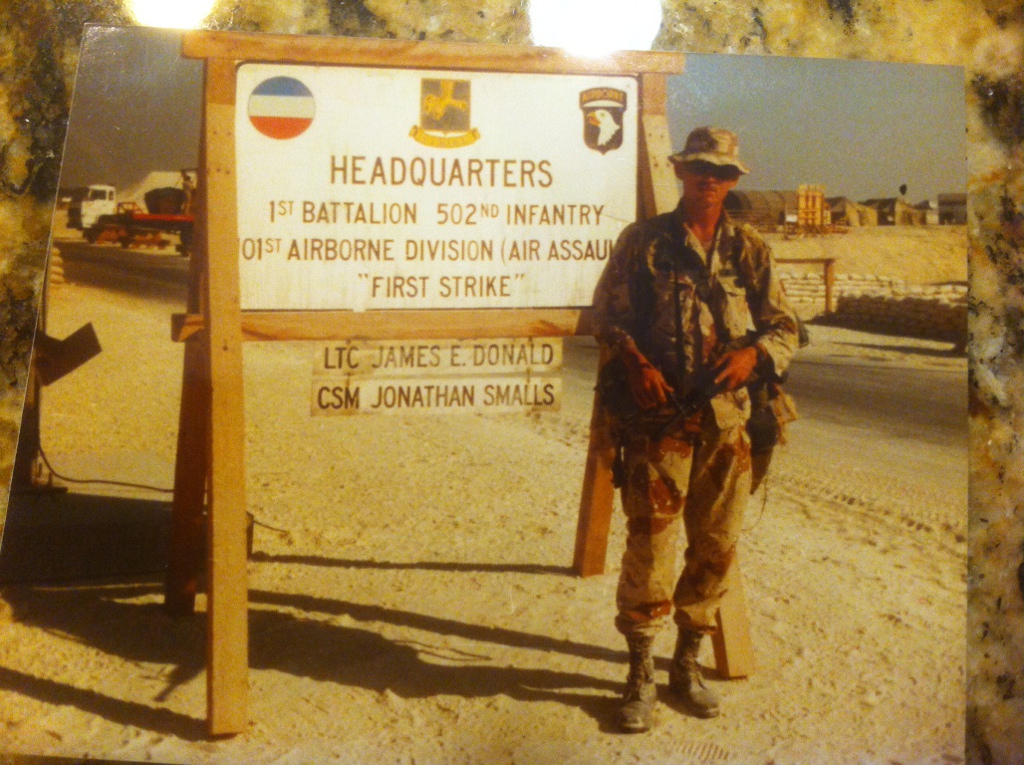