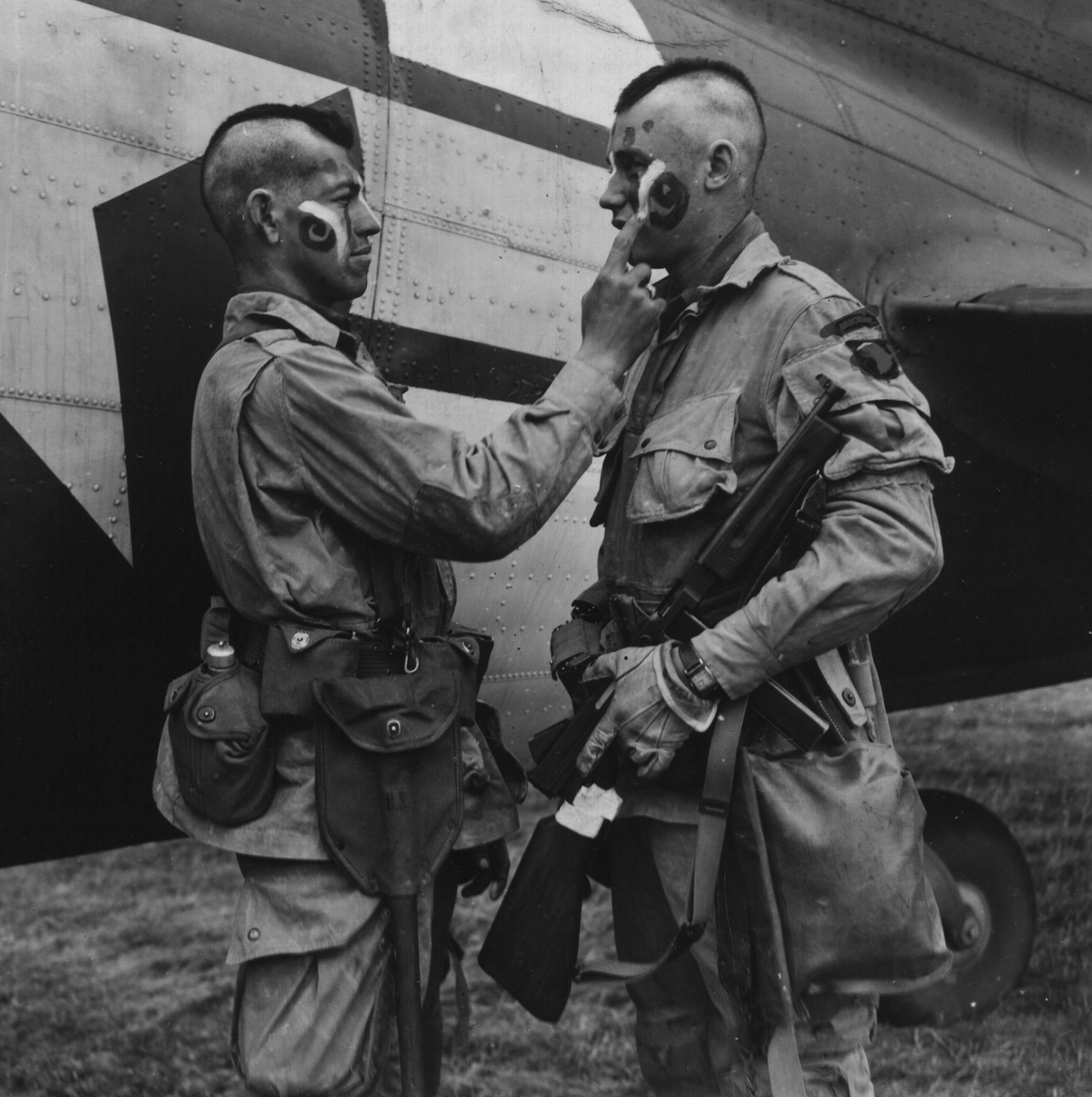 I recently had the opportunity to ride along as a photographer with the Texas Army National Guard’s 143rd Airborne Battalion. I met the unit at a hangar and watched as the paratroopers prepped for a jump. I have friends in the 143rd and served in Afghanistan with one or two of them. I’m extremely proud that the 143rd, the National Guard’s only Airborne Infantry battalion, is part of my own beloved Texas 36th Infantry Division. The 143rd paratroopers are the same kind of soldiers who fought some of the most brutal battles of World War II, and the unit’s men (and women) are training the same way as their forefathers, for the same missions. 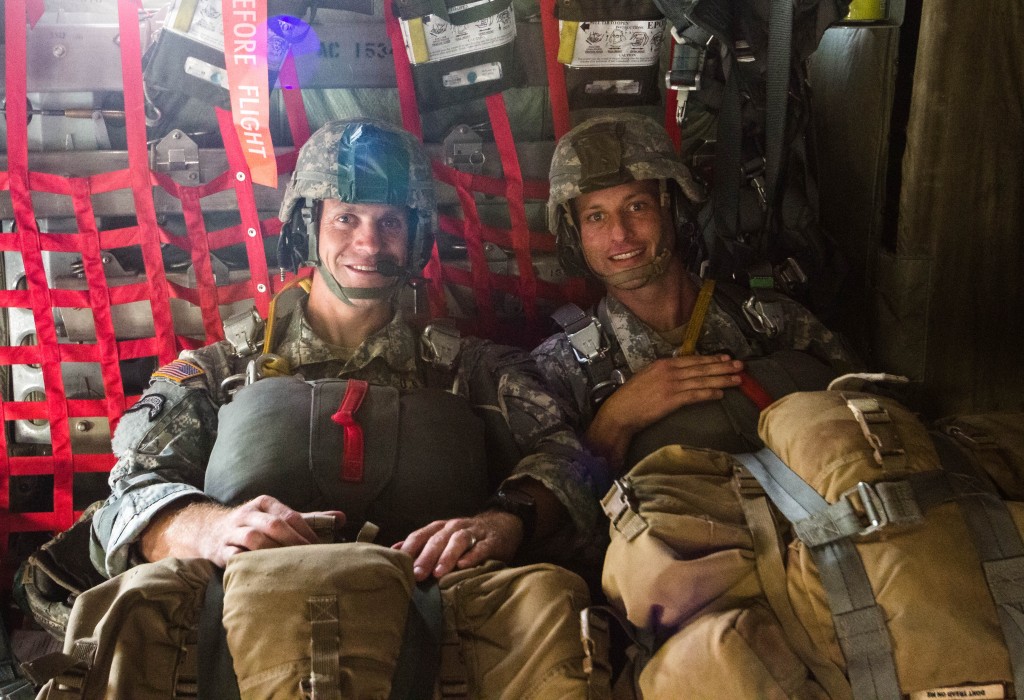 My only prior experience with airborne operations consisted of taking the airborne physical in 1990 and then not being allowed to go to jump school. Years later I stood on a windy drop zone at Fort Polk and watched Recon Marines slam sideways into the dried, rutted mud. So basically, everything I saw with the 143rd was brand new to me.

As I wandered the hangar taking pictures, I saw one soldier who looked vaguely like he had a mohawk. 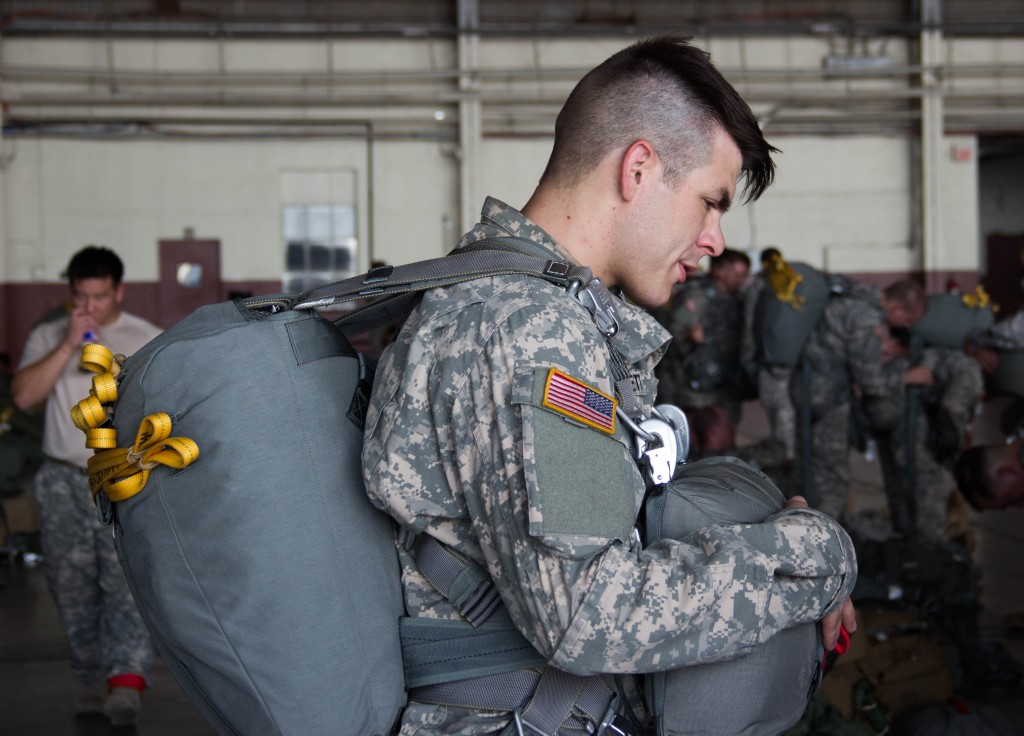 That immediately brought to mind the World War II paratroopers who shaved their heads into mohawks before D-Day. 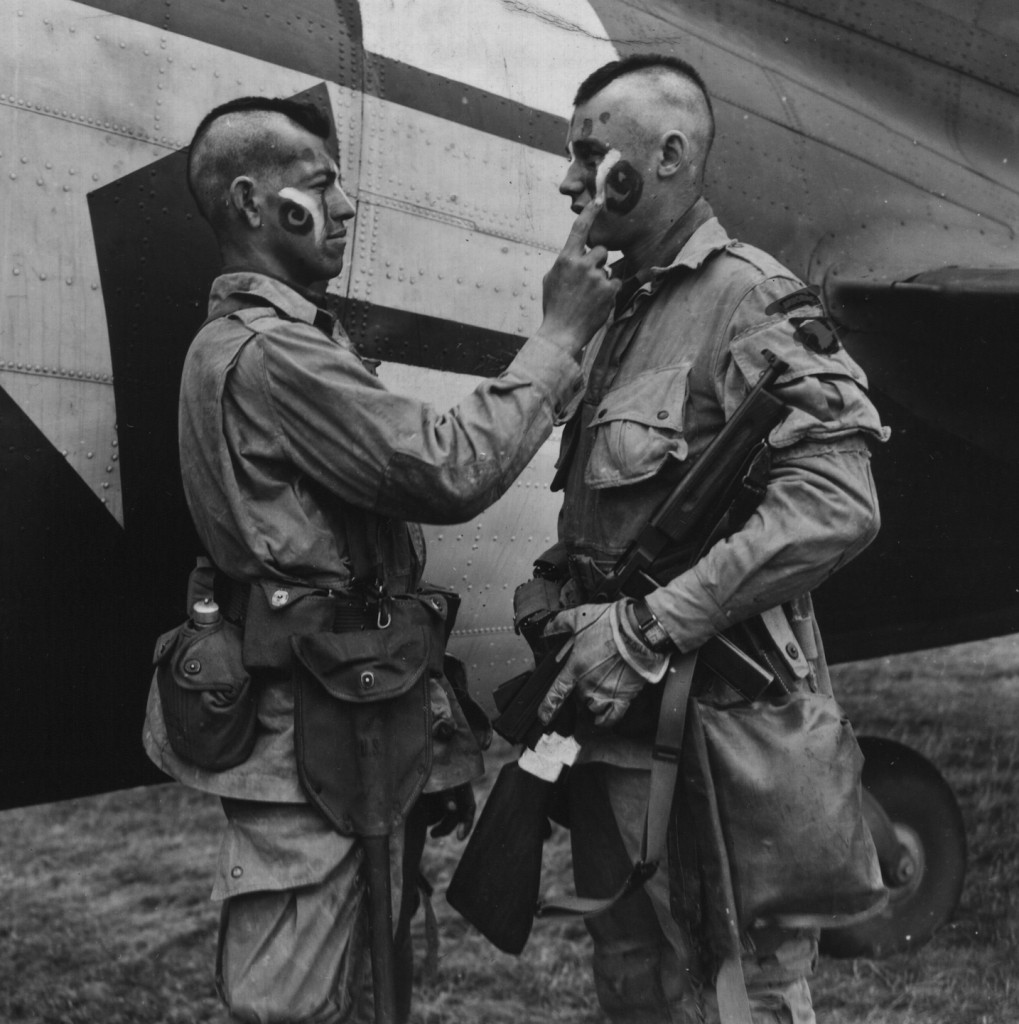 That soldier got me thinking. I took a lot of pictures of the 143rd, and maybe I could find corresponding pictures of WWII paratroopers before a jump. The idea quickly became pretty personal to me, because one of my great uncles jumped at Sicily, Normandy, and Holland in the 82nd. Tonight I started searching for WWII airborne photos, and these are what I found. The 143rd photos are mine, the WWII photos are from various places on the net, the C-47 photos are from an airshow. Enjoy. 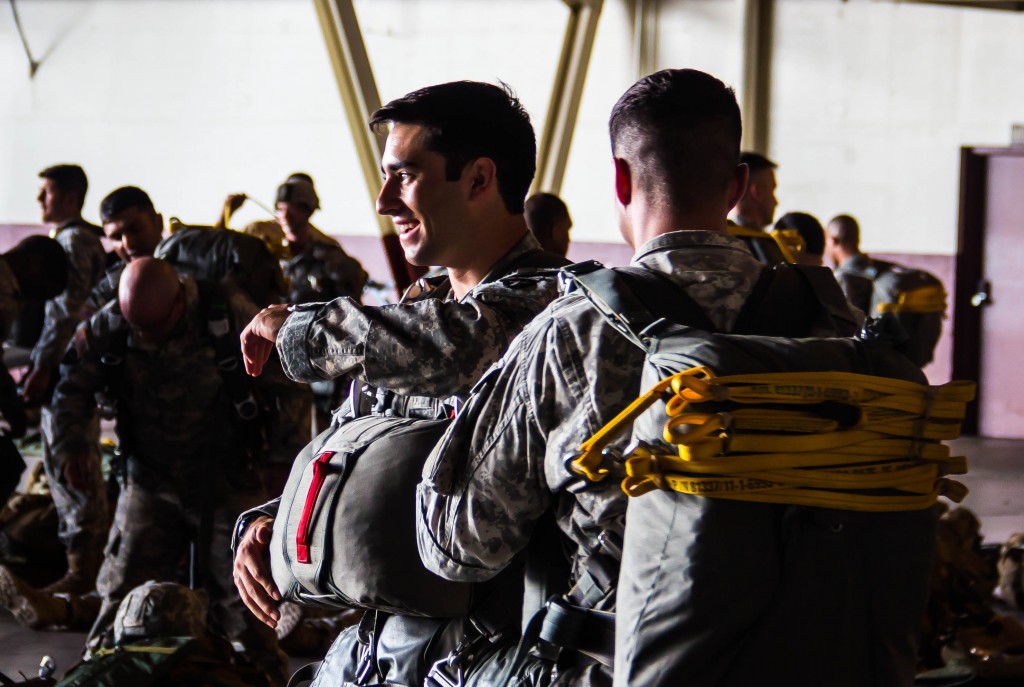 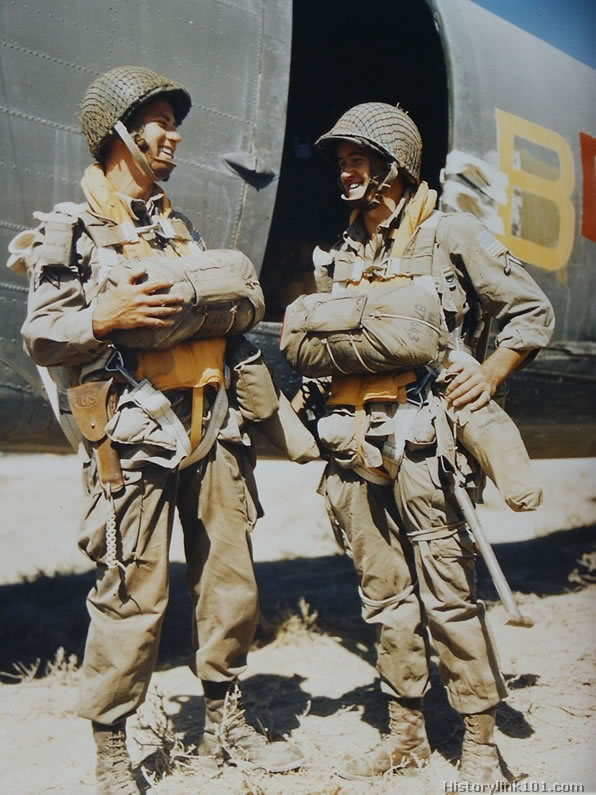 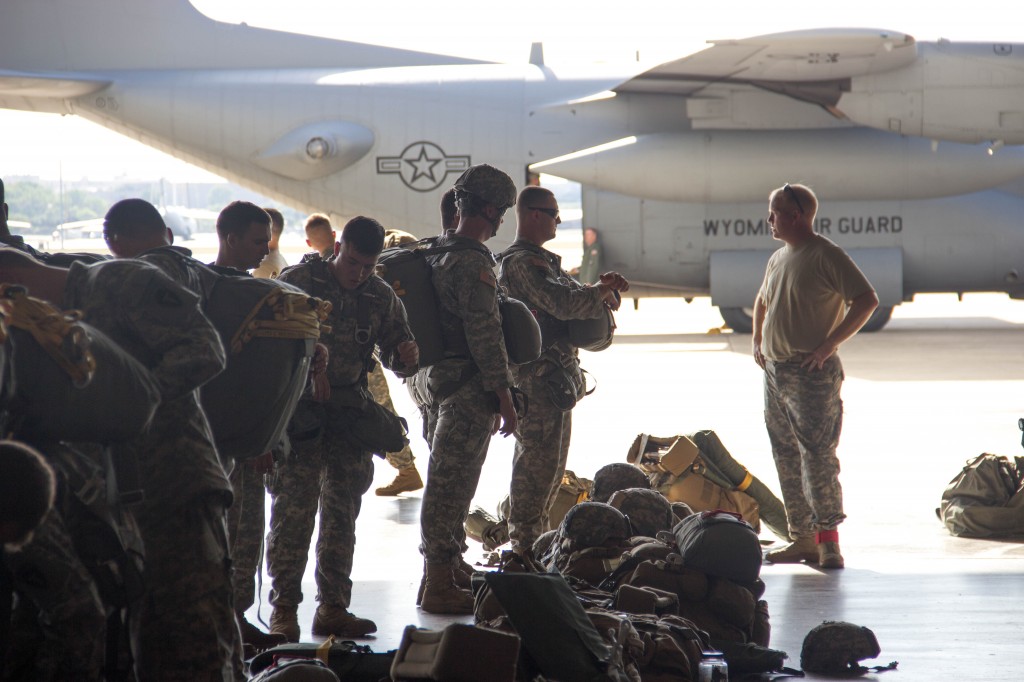 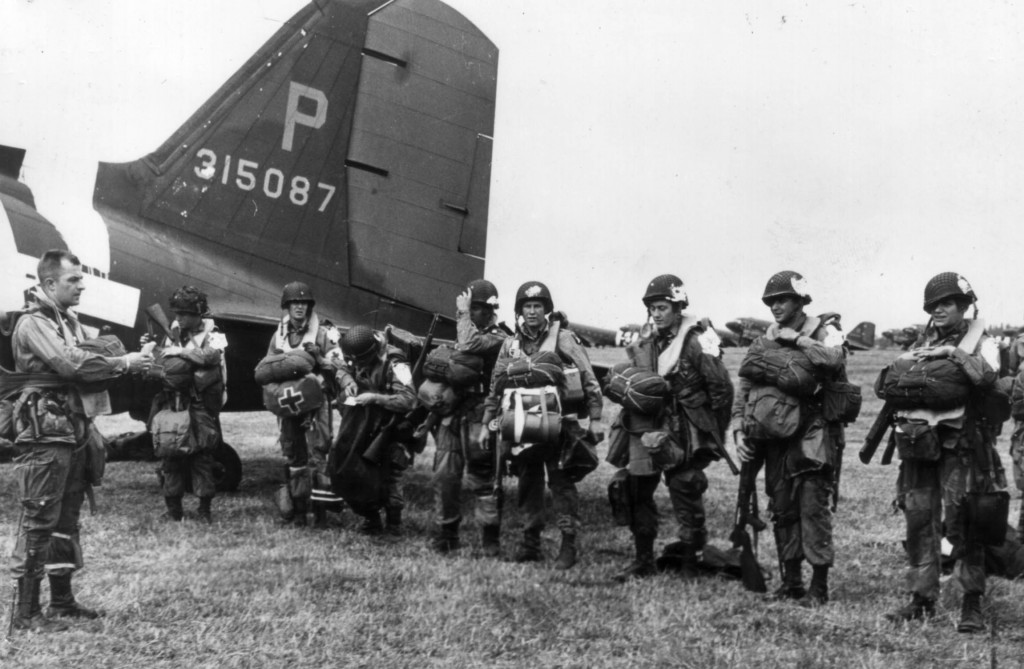 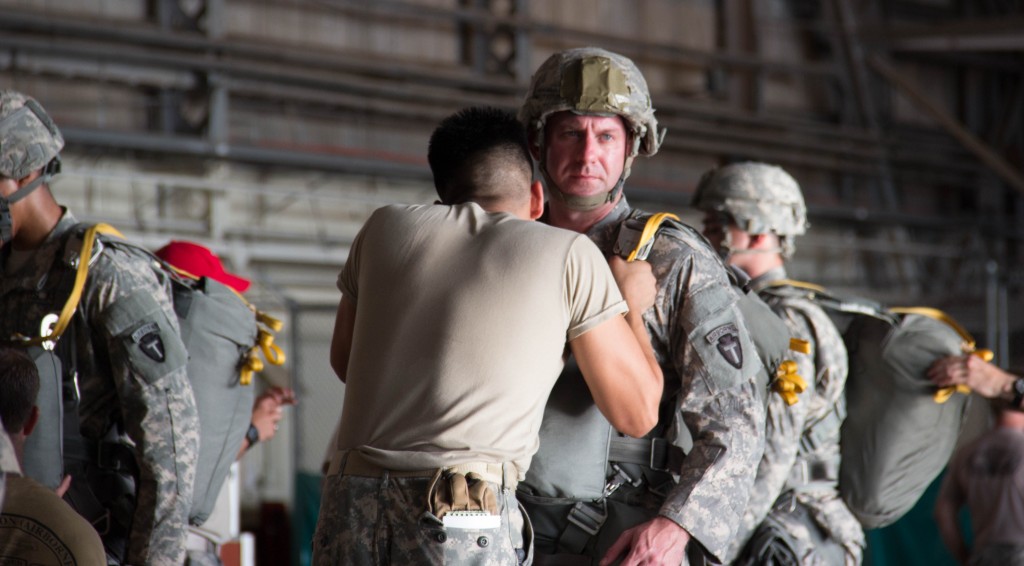 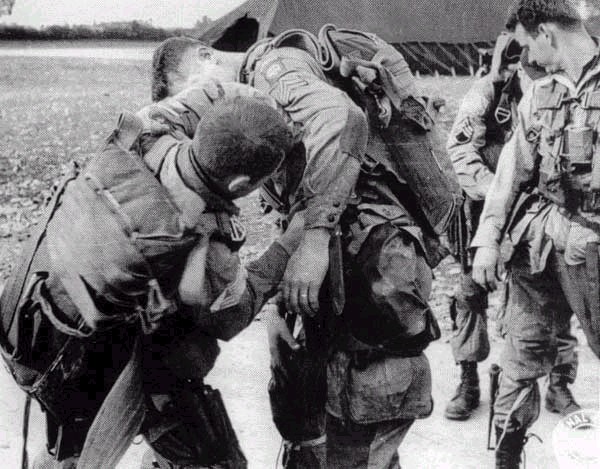 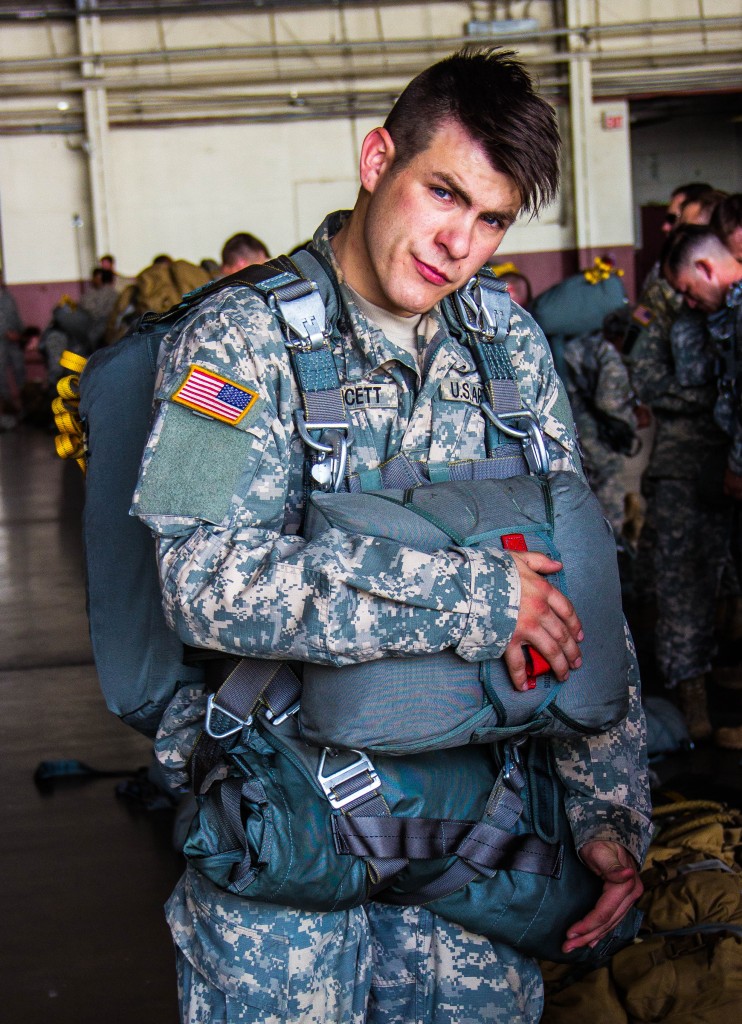 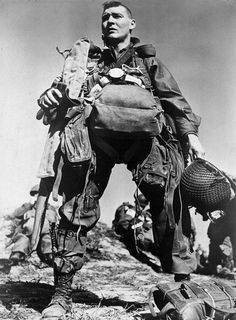 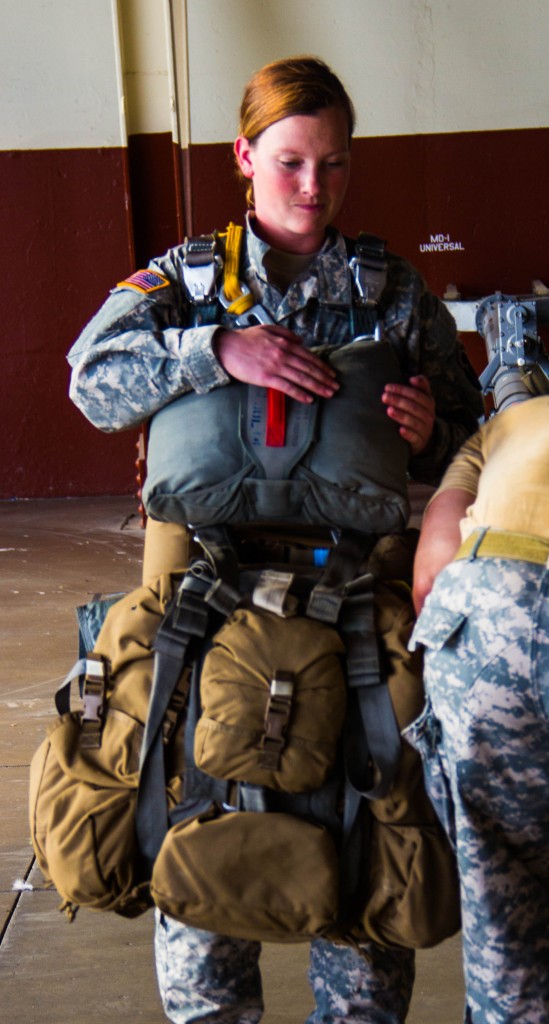 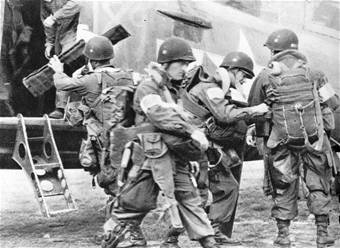 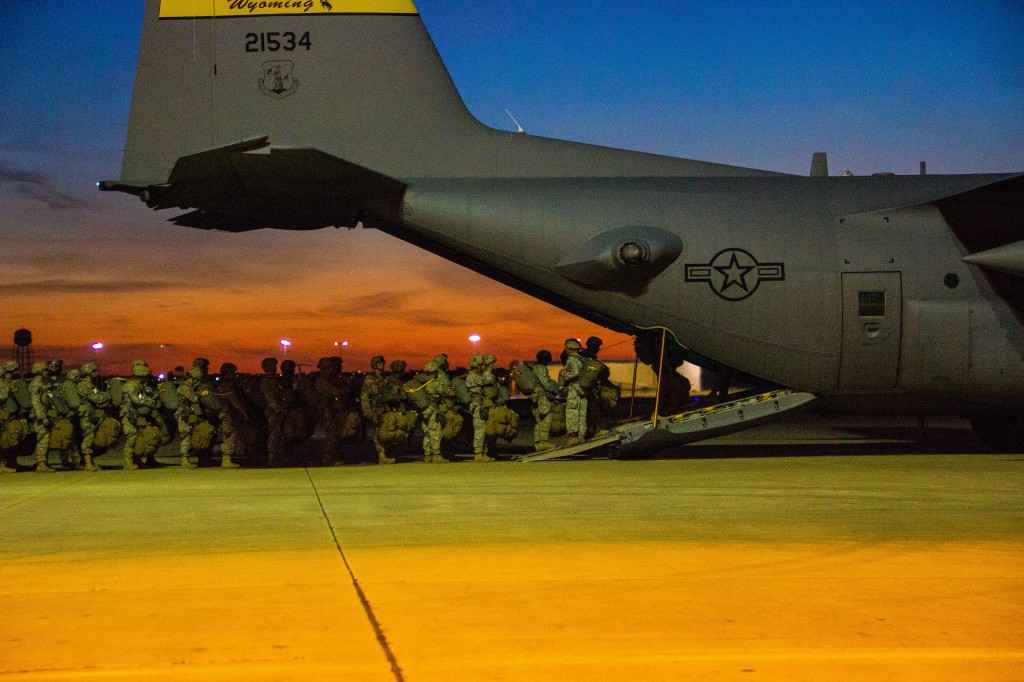 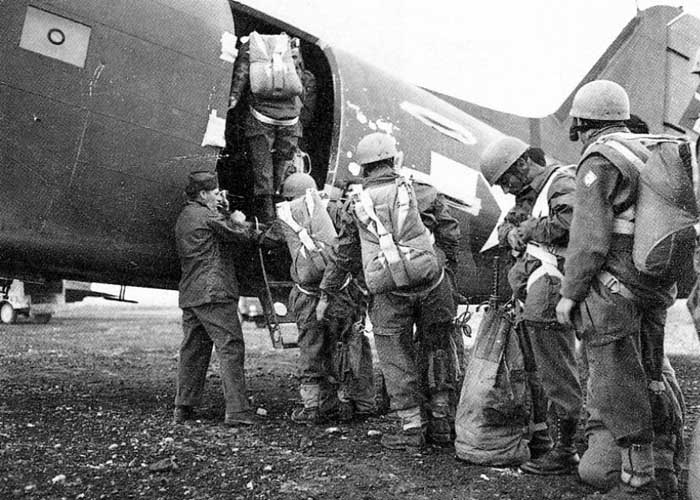 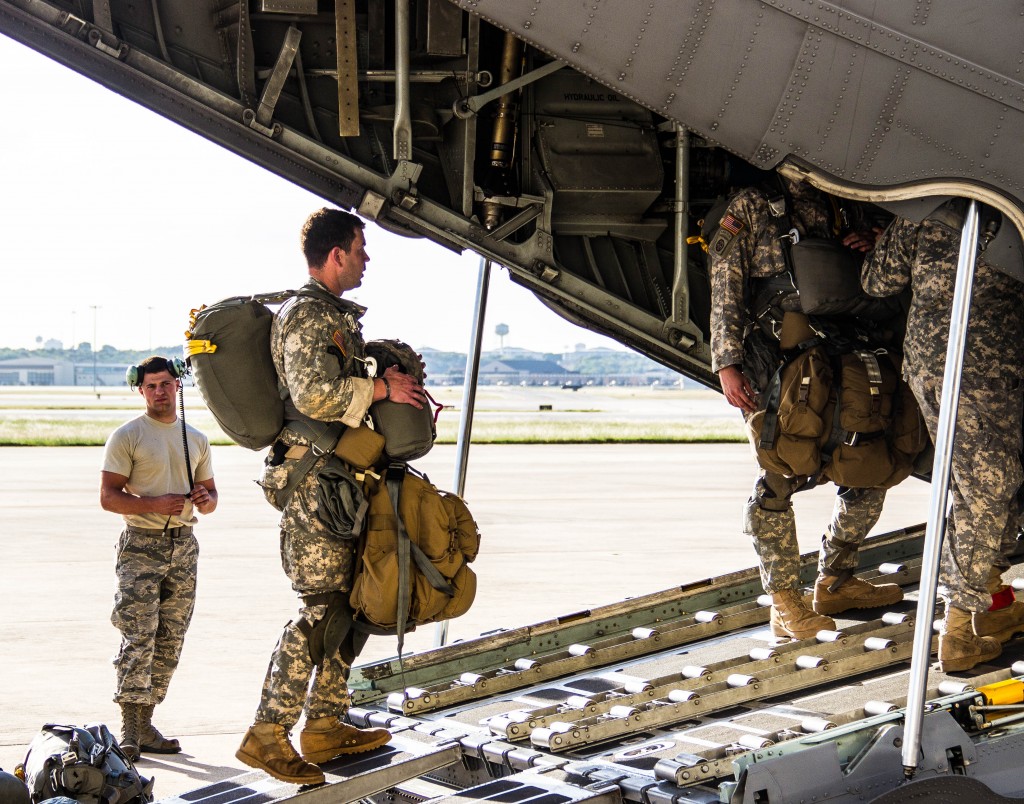 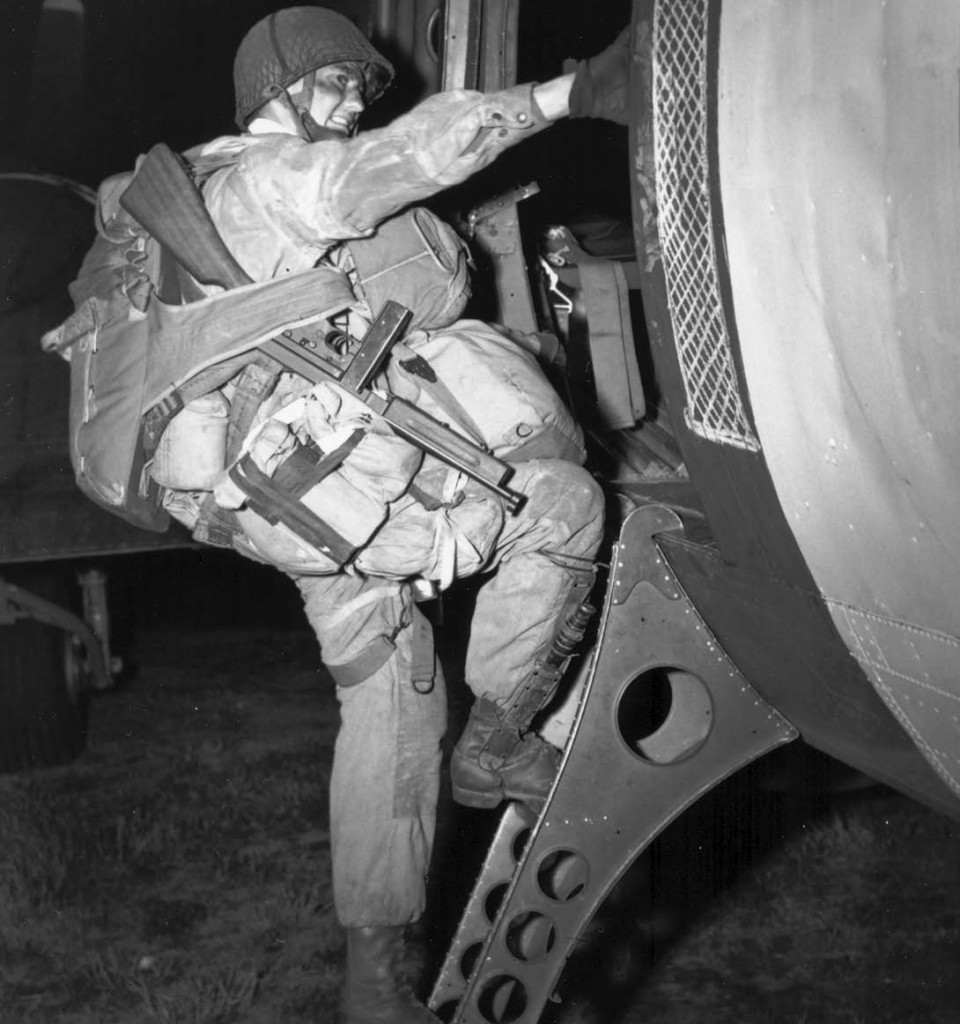 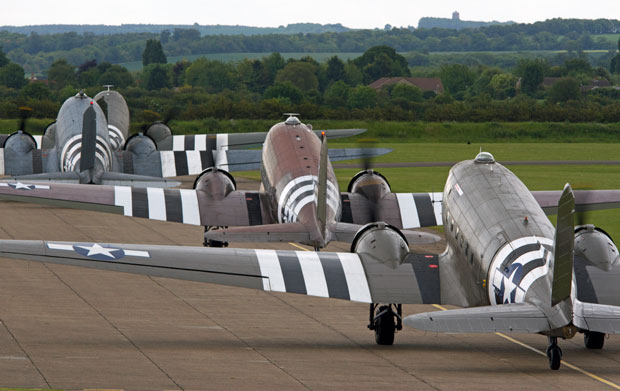 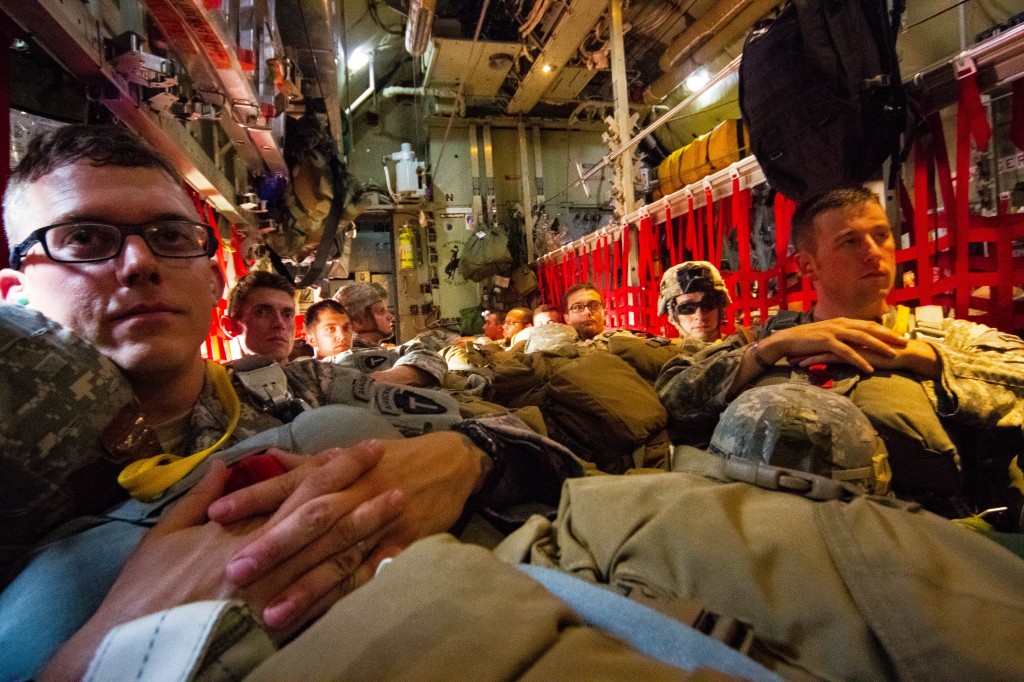 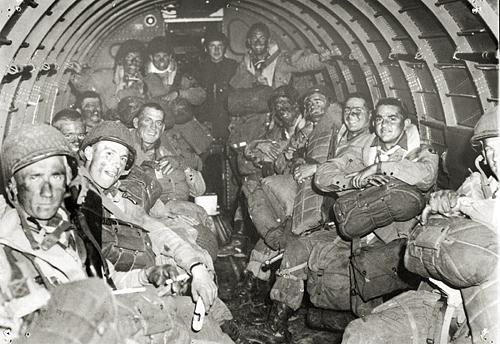 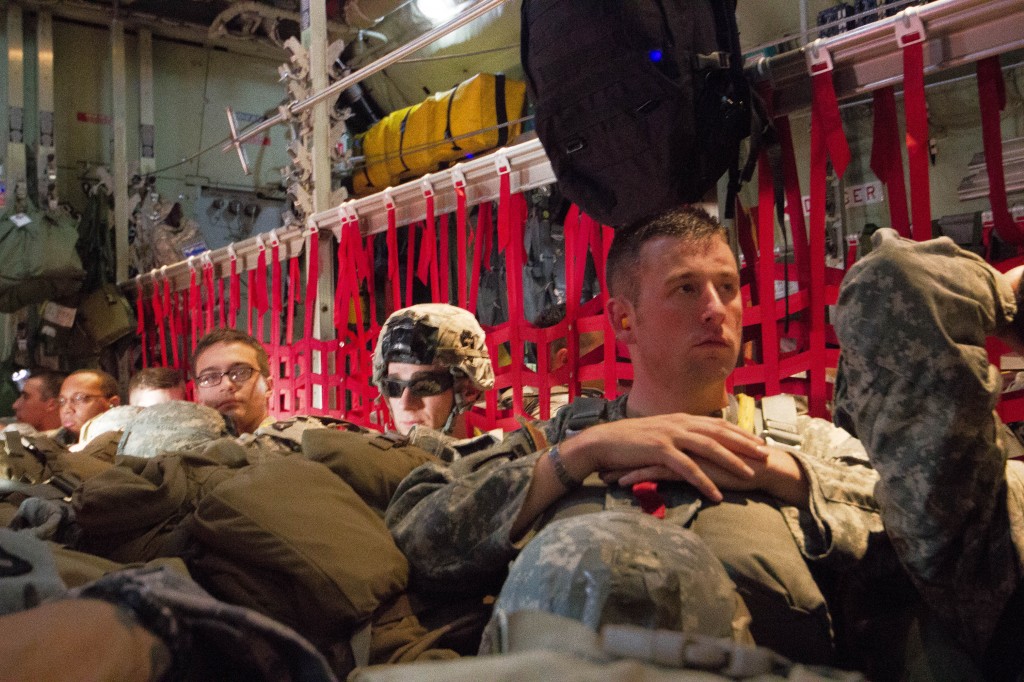 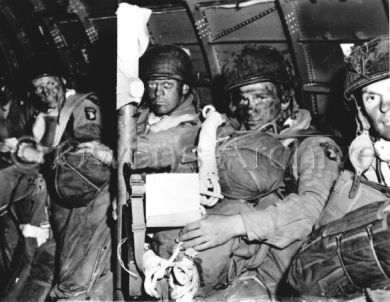 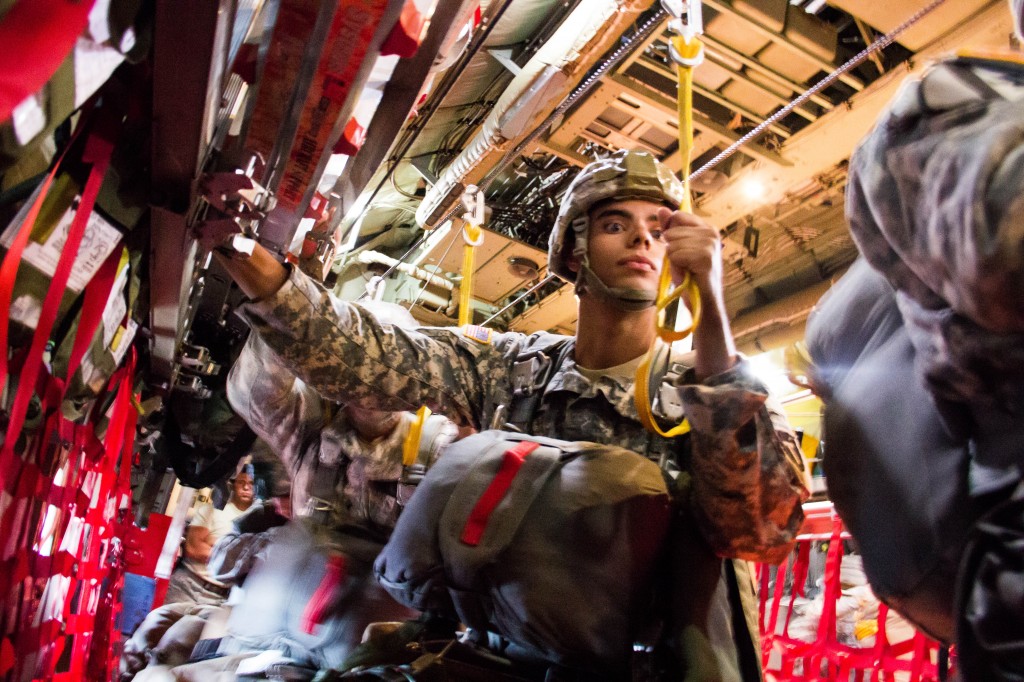 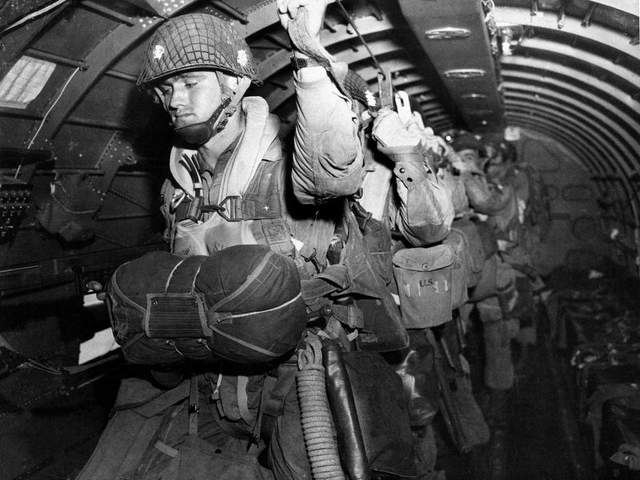 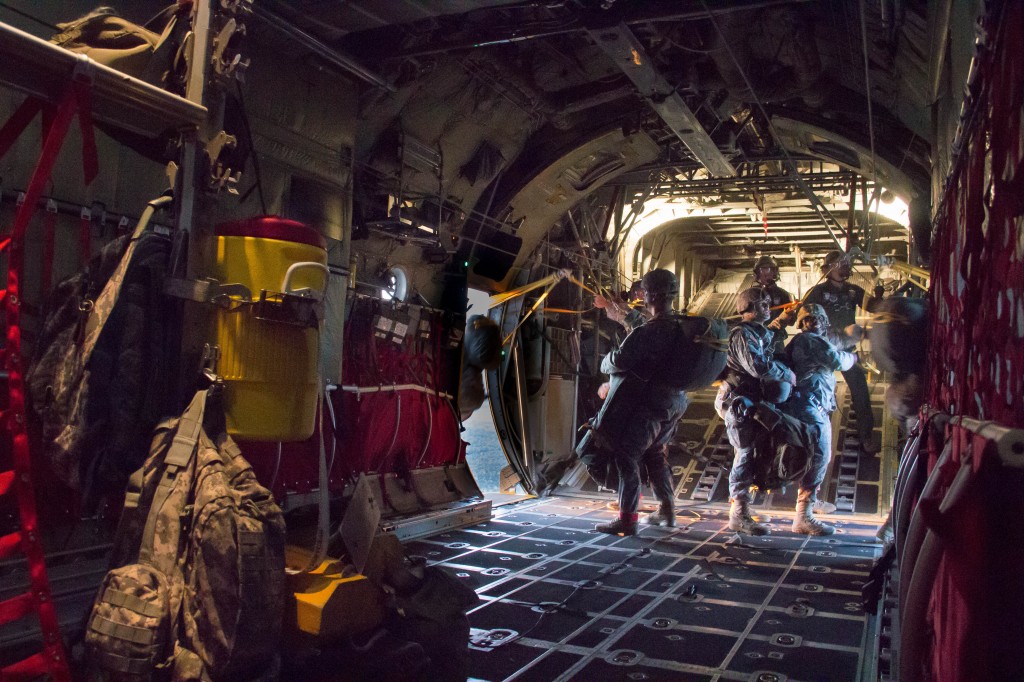 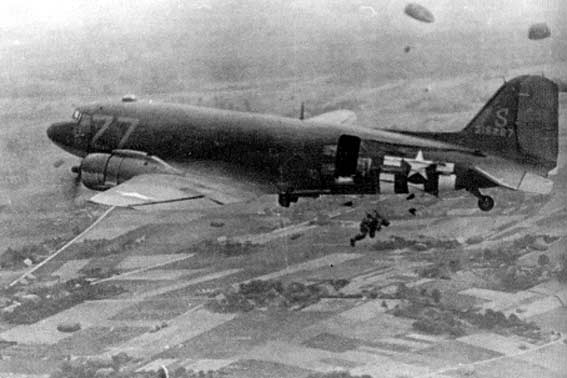 I often say I don’t have any regrets about my military service. While I didn’t care much for my support MOSs in the Marine Corps, I knew they were important. I loved being a tanker and was sort of okay with being a scout. As a Human Intel collector, I had the opportunity to do really cool things with really cool people. But after watching the 143rd jump, I kinda sorta regret never being an airborne infantryman. 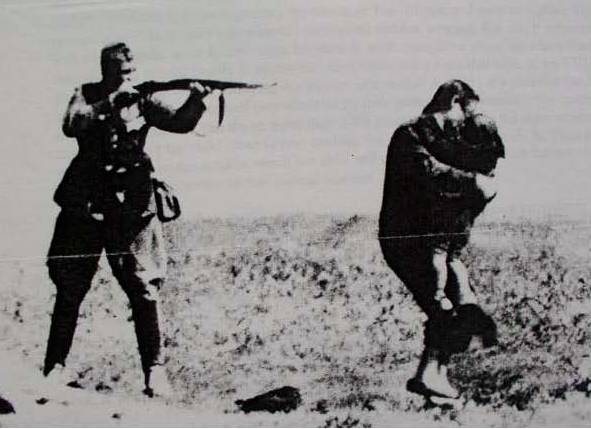 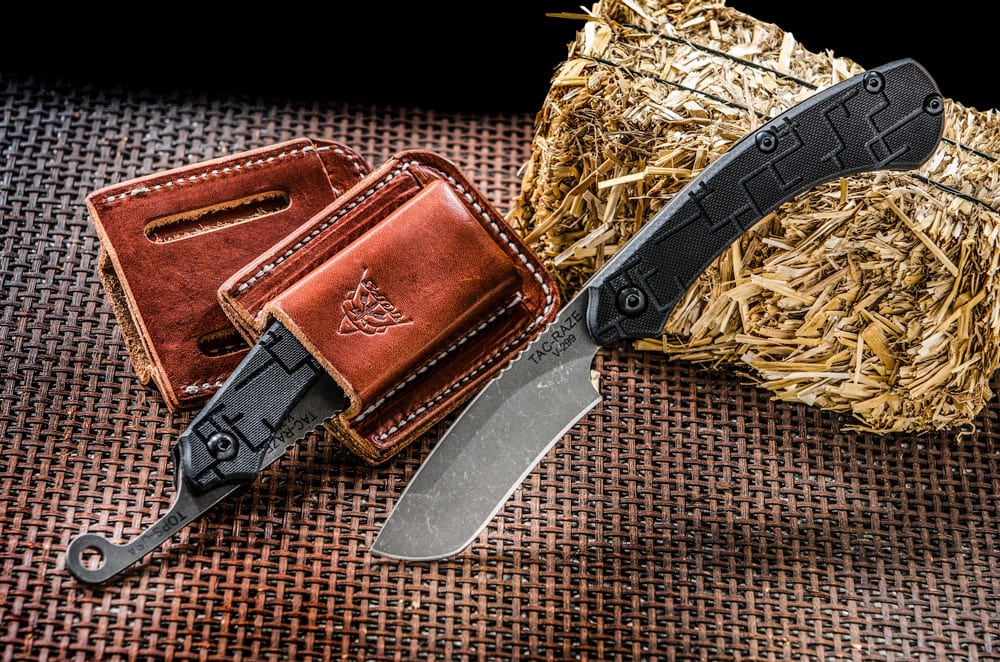