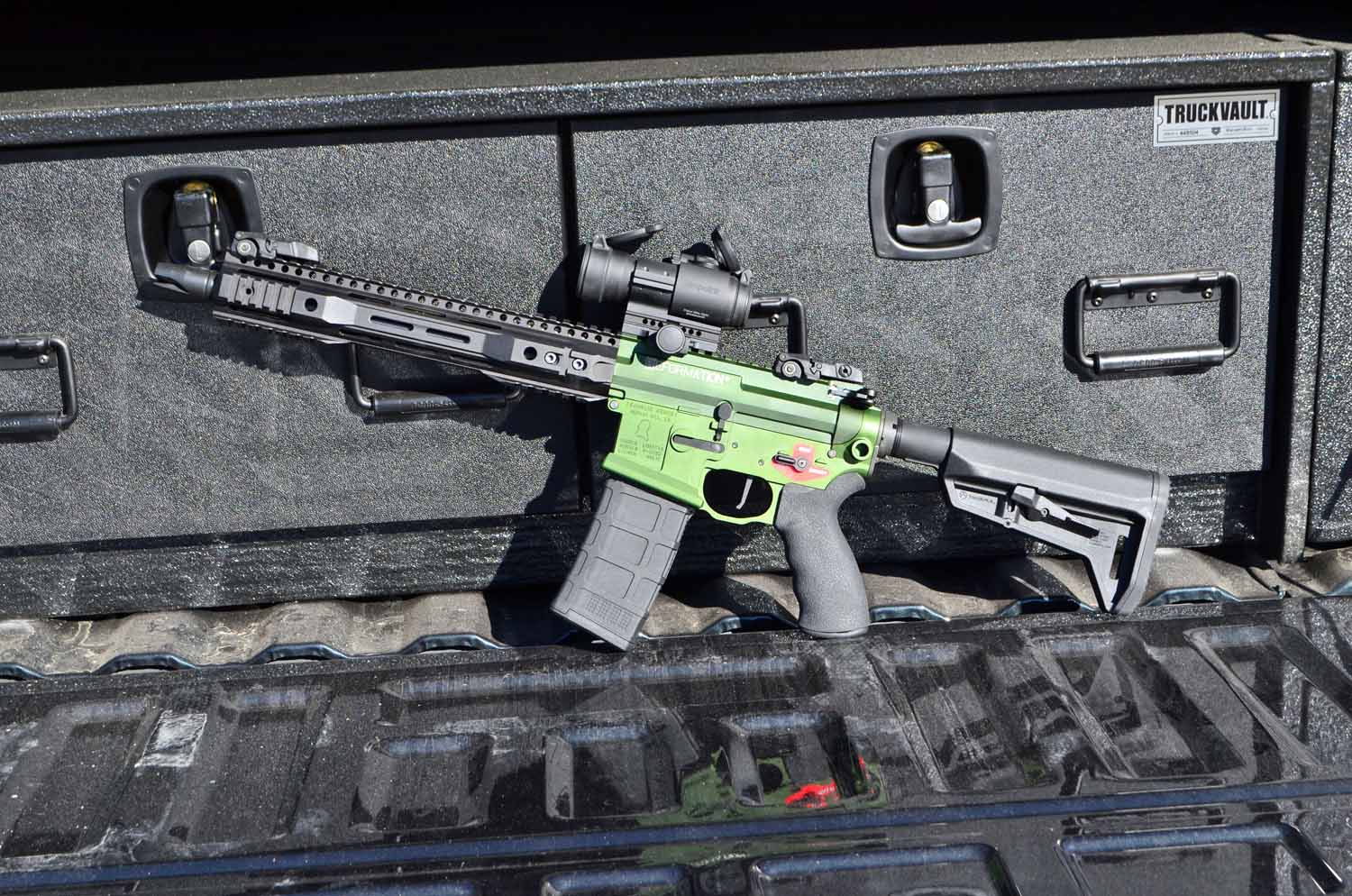 Everybody and their mother has been wondering what Franklin Armory did to come up with the Reformation. It’s a firearm that’s not a traditional rifle, shotgun or even pistol, that sports a buttstock and an 11.5” barrel with an overall length of 26” in a successful effort to dodge what the ATF describes as a short barreled rifle.

We’ve known for a little while because we fired the Reformation at a private range session in Carson City, Nevada over a week ago. Par for the course, we signed a Non-Disclosure agreement to keep a lid on this until now. 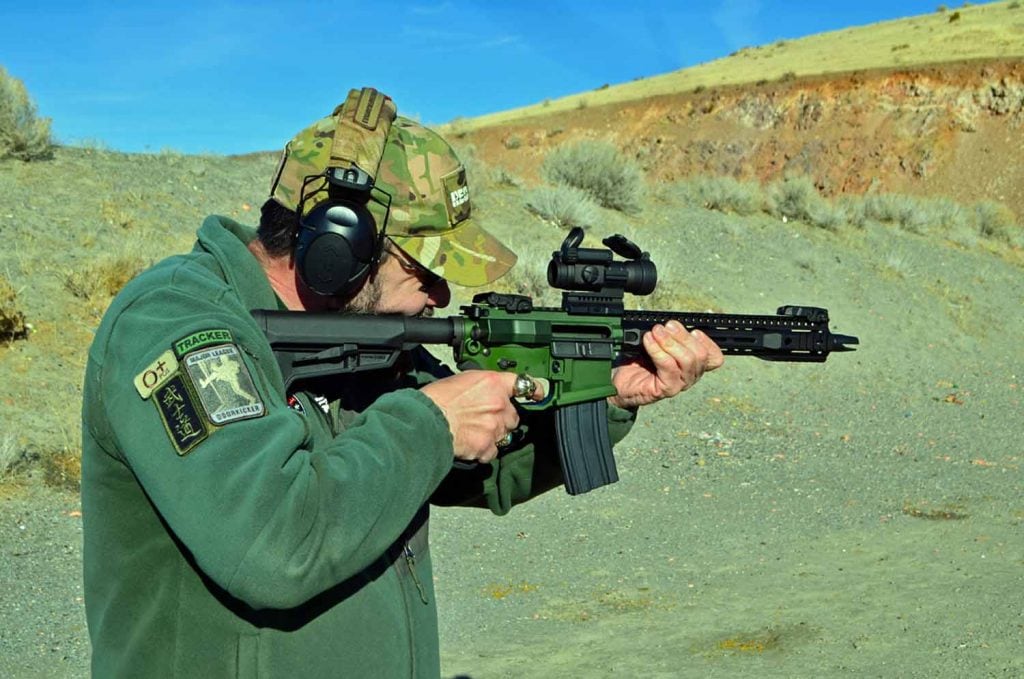 We take these things seriously and did not even reveal to our editors what the tech behind this new firearm is.

Until now, that is.

In the most brilliant marketing campaign since the Alien movie franchise began over thirty years ago, Franklin Armory set the social media and firearms forums ablaze with their offering hyping up the official SHOT Show release. 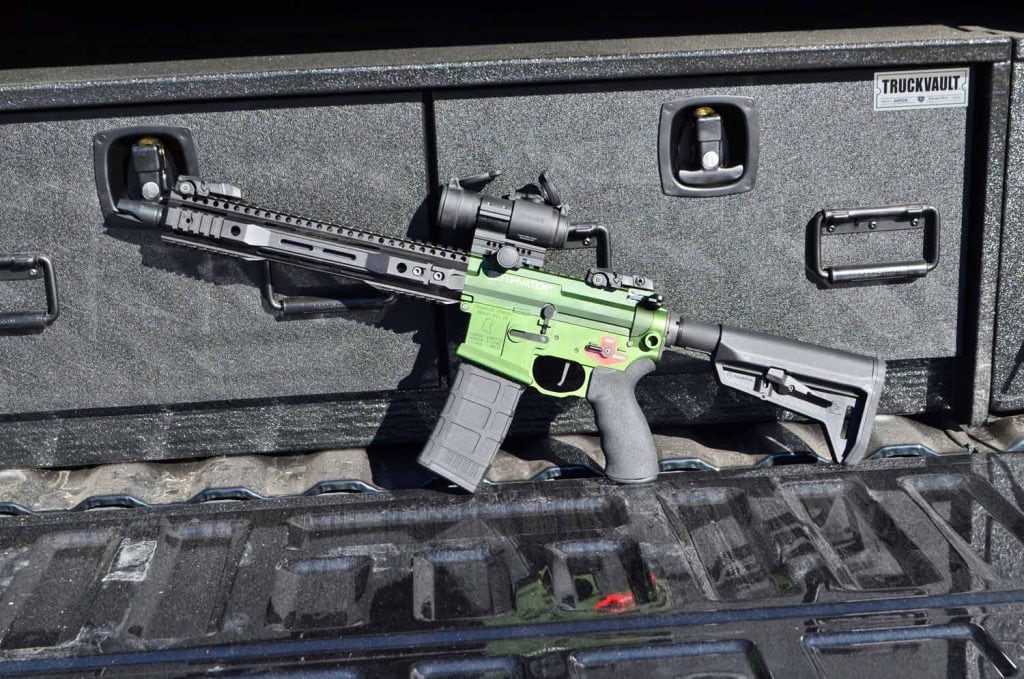 According to ATF’s tech branch, this method for cutting lands and grooves into the bore makes it “not a rifle”. Without analyzing the documentation at a leisurely rate, it is safe to say that it is due to the grooves being cut in straight lines as opposed to spirals. 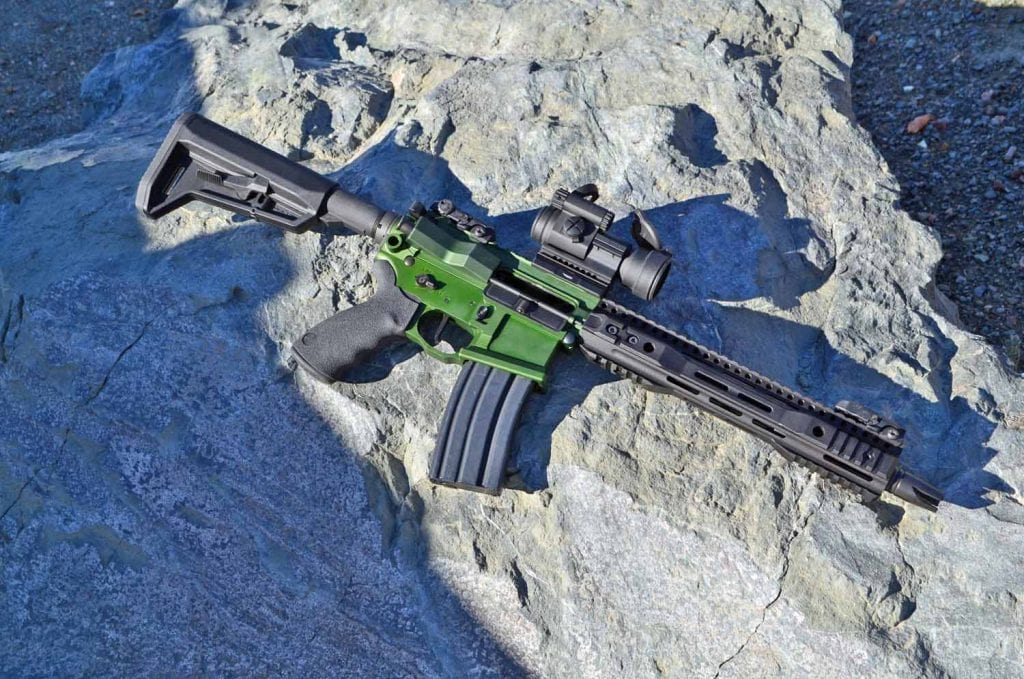 It is an old concept used in early black powder shotguns, but was done away with as other improvements in firearm and ammunition designs came to light.

This will have implications beyond dodging the NFA Tax or worry about crossing state lines. Rifled barrels are more accurate than smoothbores or what we have here with straight cut rifling due to gyroscopic stability.

What that means is simply this: The faster a body spins (the greater its angular velocity), the greater the stability of the body in its particular position or orientation.

Gyroscopic stability accounts for the stability of a spinning football in American football. If an elongated projectile does not spin, it can potentially tumble in flight. A spinning rifle bullet is resistant to force and drag from all sides so it remains stable in flight.

While we witnessed no tumbling rounds or keyholes on target, we were at a close distance pistol range and shooting 5.56 which has shorter bullets than what will be the final product: 300 Blackout.

The reason for the Reformation’s chambered in 5.56 at our private range session over a week ago and what was unveiled yesterday at Range Day was one dictated by cost. It’s simply cheaper to shoot 5.56 than it is 300 Blackout.

We find the 11.5” barrel almost perfect for 300 Blackout, particularly with the subsonic rounds. Our only concern is the potential for these rounds to tumble without spiral cut rifling, due to 300 Blackout’s popularity with those of us who shoot suppressed.

The rail in question may pose a challenge for suppressor mounting as it extends beyond the barrel threads. A skinny direct thread silencer may be the answer, but most QD mounts look difficult to secure on the muzzle. We’ll consult with SilencerShop.com for a proper solution.

If you want to swap barrels and or upper receivers on this for something else, you better make sure that the barrel in question measures over 16” in length. Still, for those who are tired of an AR pistol with a brace or those who loathe bullpup rifles or for some reason do not have access to true NFA items, the Reformation looks to be a viable option. We think it’s the perfect truck gun. 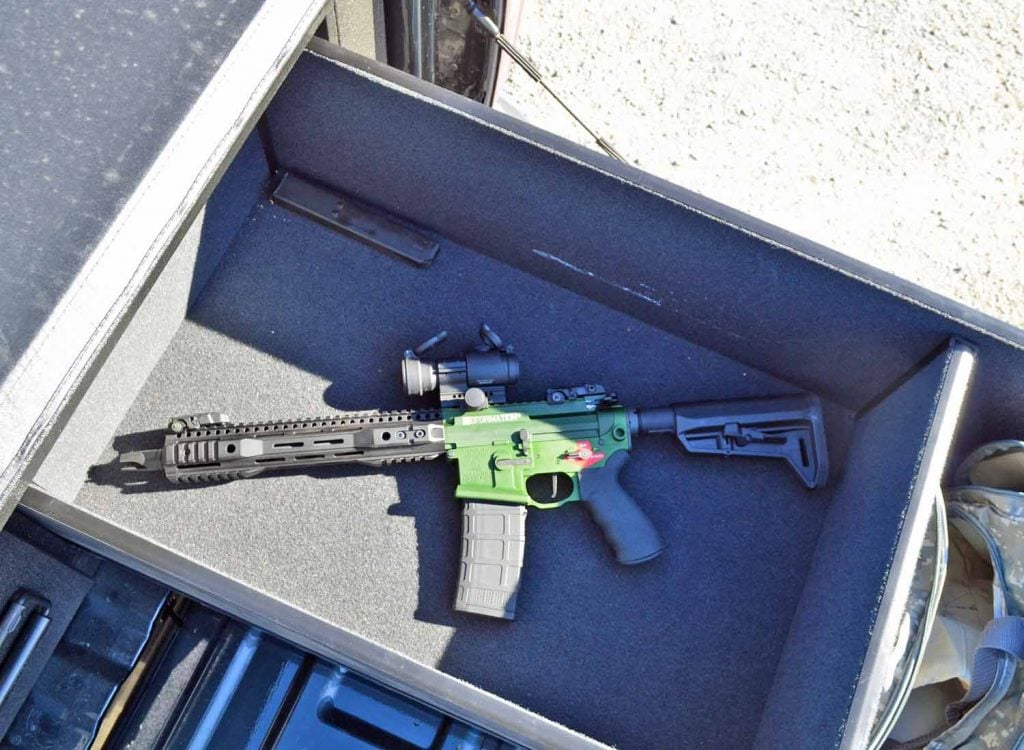 As an added bonus, several versions of the Reformation will ship with Franklin Armory’s Binary Trigger System. The rate of fire approaches that of full auto fire with the release of the trigger, if you don’t get greedy with the ammo. It may not be better than our beloved Uzi, but it’s an improvement over the M16A2 trigger that was foisted upon us many years ago.

We’re very excited for the official release of the Reformation, and will complete more testing to see how the bullets can be afforded better stabilization in flight as well as measuring their velocity, etc. Franklin Armory may be offering specialized ammunition or projectiles in the future and we’ll keep you abreast of any and all developments. 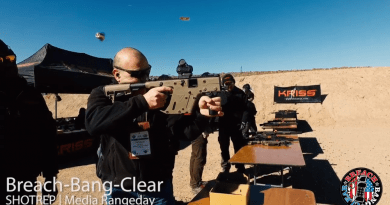 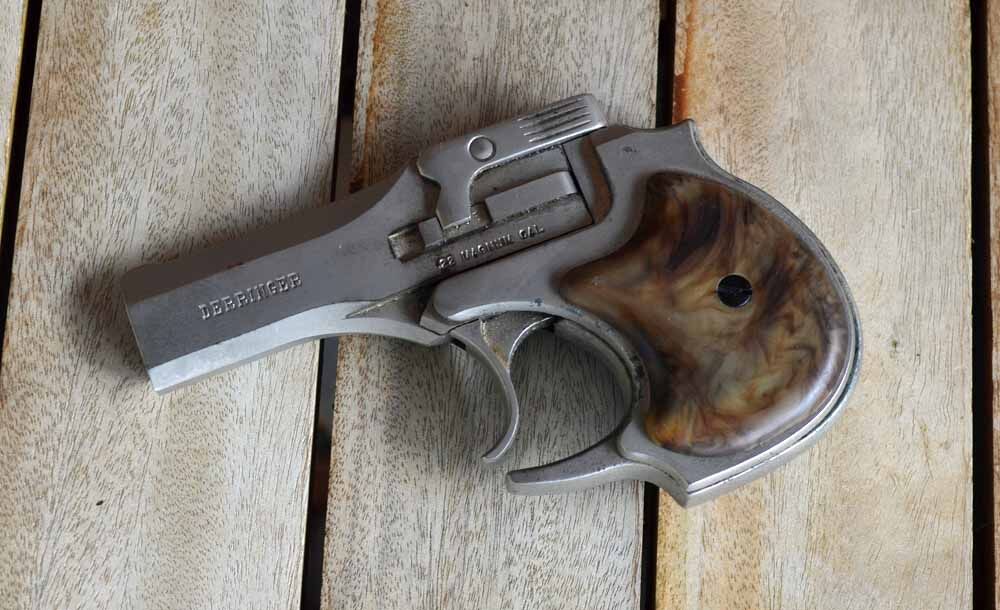 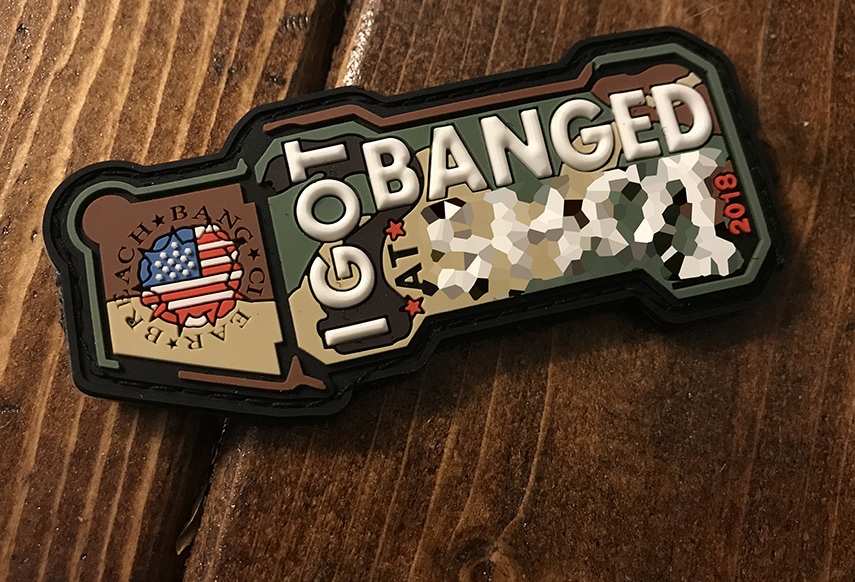