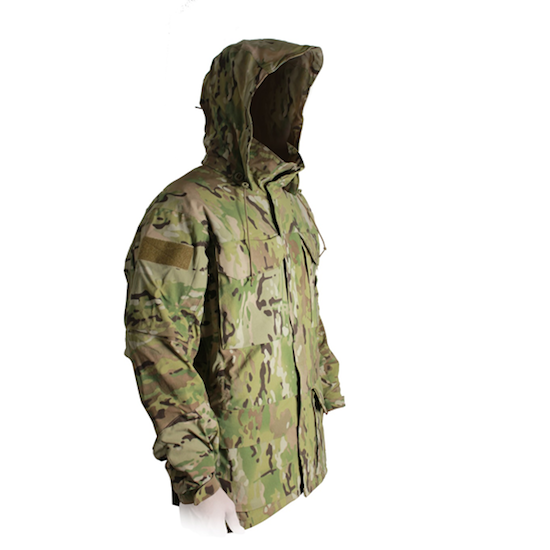 Most American warfighters regard smocks as just some sort of parka length field jacket and dismiss them as such – that is not the case at all.

The great thing about American innovation is, we aren’t scared to reach for the gold when it comes to making “the best”. We like things bigger, stronger, faster, and set to a rock n’ roll soundtrack. While many industries have moved overseas, choosing to design here but manufacture there, our country still has a few who refuse to compromise just to make an easier (or larger) buck. Keep this introduction in mind while you read this article, although I know already many will not.

Tyr Tactical has a solid reputation in both the US and foreign militaries, namely for the quality and durability of their products and a quick response to unique requests. One customer recently made such a request. They needed an improved version of the classic Brit-style combat smock. A fan of this style garment themselves, Tyr Tactical set out to build a combat smock that rivaled all others, and did not shy from using the best materials to do so. After initially talking about the Huron Combat Smock, several of us were surprised that many of our uniformed brothers and sisters had never heard of such field wear. “Like that thing painters wear?” was one comment, and “Isn’t that a Brit thing or something?” another. So, before we proceed with laying out the Huron design, lets take a brief look at what combat smocks are, and why they are used by some of the best soldiers around the world.  (Note – we introduced the Combat Smock here.)

In today’s American military, you are generally used to seeing a short list of garment types. Most common of course are the general issue utilities, patterned to the preference and needs of each service. Lightweight material, camouflage fabric and lots of pockets have become the norm. Although most feature rip-stop fabric and quick drying properties, the war in the desert has seen our combat uniform change with the addition of “combat shirts” for armor use, knee and elbow pads added to the interior or exterior, and the addition of flash resistant qualities. Those are small improvements, but improvements nonetheless. Cold weather gear and rain shells have also improved and our military continues to use layering as a means of protection from the elements. The old M-65 field jacket and poncho have gone the way of the dodo in favor of true insulating layers and Gore-Tex. However, outside of operations in rain or snow, troops are left with limited options for something that serves as a combat-oriented jacket. Because of the fabrics used for rain shells, they generally are not best suited for wear in dry but cooler climates.

Not so the smock. The fabric type, camouflage capability, functional design and intended use is why the combat smock has survived since WWII, if not in the American military.

Smocks are not just parka length field jackets. Smocks trace their lineage back to the Roman tunica, which was  adopted around the 3rd Century BC. It was worn by Roman citizens and non-citizens alike, and often displayed the wearers social status. While soldiers, slaves and manual workers generally wore tunics cut to a little above the knee (which granted mobility), senators and the rich wore longer versions. This garment morphed into the smock type outer garment worn by rural workers such as shepherds and tradesmen in medieval western Europe. As clothes changed to be more close fitting, the smock faded away into history. During the Crimean War of the 1850s someone realized the British soldiers’ waist length jackets needed to change, and for many reasons. Contemporary uniforms and equipment were rather less than functional and efficient. Largely standard since Napoleonic times, the uniform of the day was particularly ill suited for fighting in winter conditions. A new longer, mid-thigh length jacket was introduced and this was named the ‘tunic’ after the ‘tunica’ of the ancient Romans. This type of jacket soon became standard for most armies until the post-WWII period. The word “smock” refers to a loose, longer overgarment worn to protect one’s clothing, such as a painter’s smock.The exception to that is the “Combat Smock”, a solution born from the needs of soldiers (particularly specialty soldiers) in the field.

During WWII the British army sought a jacket for use by their parachutists and commandos. This resulted in the “Denison smock”  which is the grandfather of all current designs. Originally used as a coverall jacket, the smock was at first worn over the paratrooper’s fighting load, but under his parachute harness. Its intended use was to keep the soldiers gear snag-free during a jump, but would then be worn under the web gear after landing. The long Denison smock was also useful as a means of carrying additional ammo and equipment. You can see a common thread in this design, with the American M1942 paratrooper jacket and German camouflage smocks. Although the Germans seemed to choose a longer garment for its concealment properties, American units were more focused on gear carriage (though some jackets did feature hand painted camo). After World War Two, smocks stuck around (at least in the British army), and became more common in other European militaries. DPM camo smocks can be found in surplus stores, commercial variants are common, and overall they’re still regarded as SAS or Para type “commando garments” to this very day.  Despite lessons learned, our military here in the US never embraced the combat smock. Apparently we thought less was somehow more.

TYR Tactical thought the opposite.

It would be pointless to try and explain the TYR combat smock in full detail within the confines of a single article, particularly based off our limited time with our sample and opportunity to wear it out to the field, so I’ll give you the rundown before returning with a more thorough review.  While most military smocks are made from cotton blends, they have traditionally offered little more than wind resistance. TYR decided to offer increased water, wind, and stain resistance by constructing their smock from a very flexible four-way stretch fabric currently offered only in MultiCam. The base and exterior pockets are all constructed from this stretchy material to make it mobility friendly, and allow the pockets to adjust for different items placed inside. The front is closed via a beefy double pull zipper and Velcro. With a detachable hood that leaves room for insulated hoods and helmets, the collar is high enough to block blowing wind and rain. The Huron Combat Smock features generous pit-zips for on the move and Velcro closures at the sleeve cuffs. The sleeves also have the mandatory Velcro strips for IFF patches as well as pockets for internal elbow pads that complement the excellent slip resistant pads on the outside.

The name of the game when it comes to a good smocks, and what really differentiates it from just a “combat jacket”, is pockets and integral load carriage. The Huron Combat Smock has the most impressive layout of pockets we have ever seen on a combat garment, and for good reason.  Smocks are intended to carry additional gear to complement the fighting load, and serve as a means of load carriage for survival. The front of the smock has two large chest pockets, covered with flaps. Behind each of these are even larger “map” sized pockets accessed via small zippers.  Each map pocket has an open topped sleeve, large enough to store a M-16 magazine or flashlight.

The pockets below the chest are closed via large “Canadian style” buttons and also have a magazine sized internal sleeve. Aft of these are zipper closed slash hand warmer pockets, running the same size as the exterior. The zipper closed sleeve pockets are a very generous size, with plenty of room for tourniquets or bandages.

The trend throughout this smock is, if it has a pocket, then there is mirror image pocket opposite. Behind the lower front pockets you find two MBITR sized pockets with cable routing access ports concealed above. The pocket can be used closed or flipped back, and built-in elastic shock cord will retain your comms for easy access to the top.  Aside from storing radios, this pocket can also hold two M-16 magazines (though they sit deep enough for the tuckable flap to secure them). Behind each radio pocket are two larger pockets to use in old-school buttpack mode.

The inside of the smock is set up similarly, with five lower mesh cargo pockets below the shock-cord waist line. These are secured via a single button each and will hold a ton of ancillary gear. lastly, there are two more “map” sized zippered breast pockets, leaving you with 21 pockets overall. That’s a lot of damn pockets – but that’s the whole point of a combat smock!

We look forward to bringing you a review of the Huron Combat Smock from Tyr Tactical in the near future. In it we will discuss more about its layout, construction and durability. Meanwhile, enjoy this coupon code for 10% off your next order from TYR Tactical. Learn more about Huron Tactical Clothing here on their Facebook page. 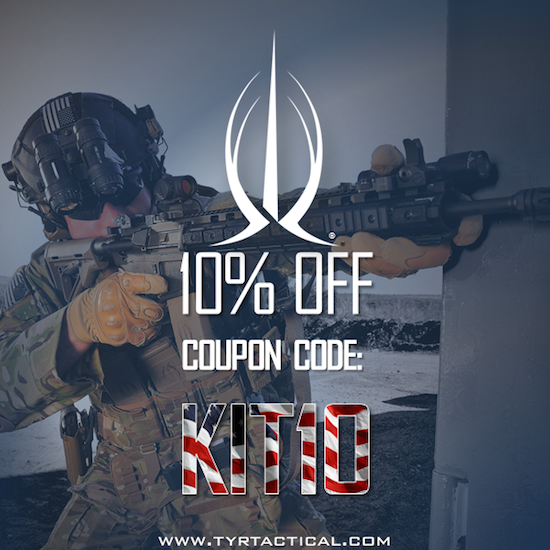 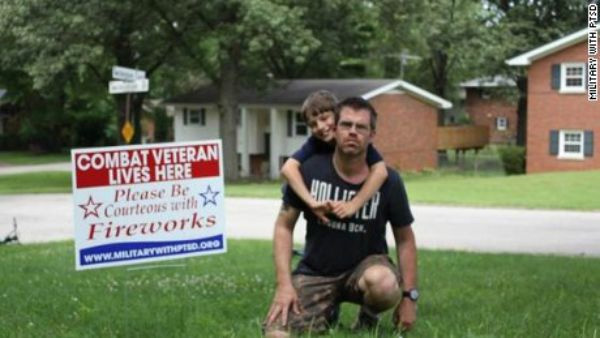 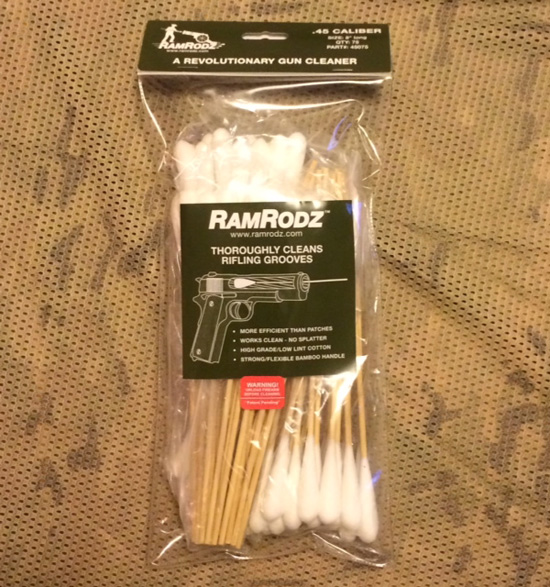 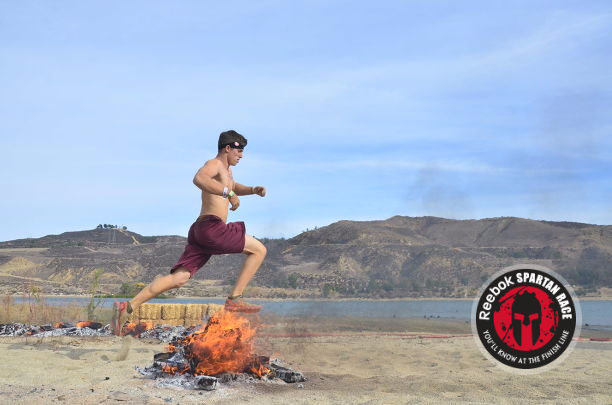