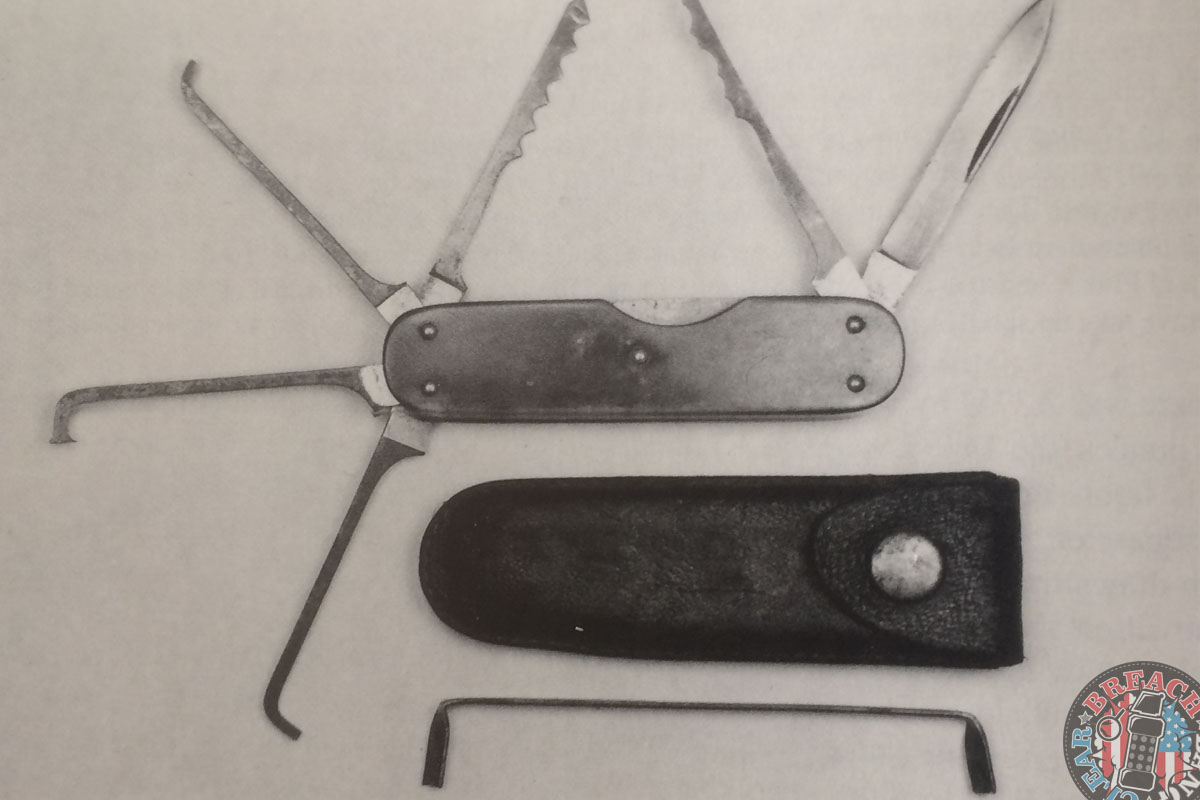 In this episode of Monday Night Knife Fights, we take a look at a modern take on an old classic knife. Back in World War II secret agents were issued a “Jack Knife,” more commonly referred to as the OSS Lockpicking Knife, pictured below with the tension wrench. These knives were issued beginning in 1944, weighed 1.5 ounces (42.5 grams) and measured less than three inches long by one inch wide and a quarter inch thick. This modern incarnation takes inspiration from the OSS version but with advanced manufacturing techniques. So even though it doesn’t have a knife blade, read on. 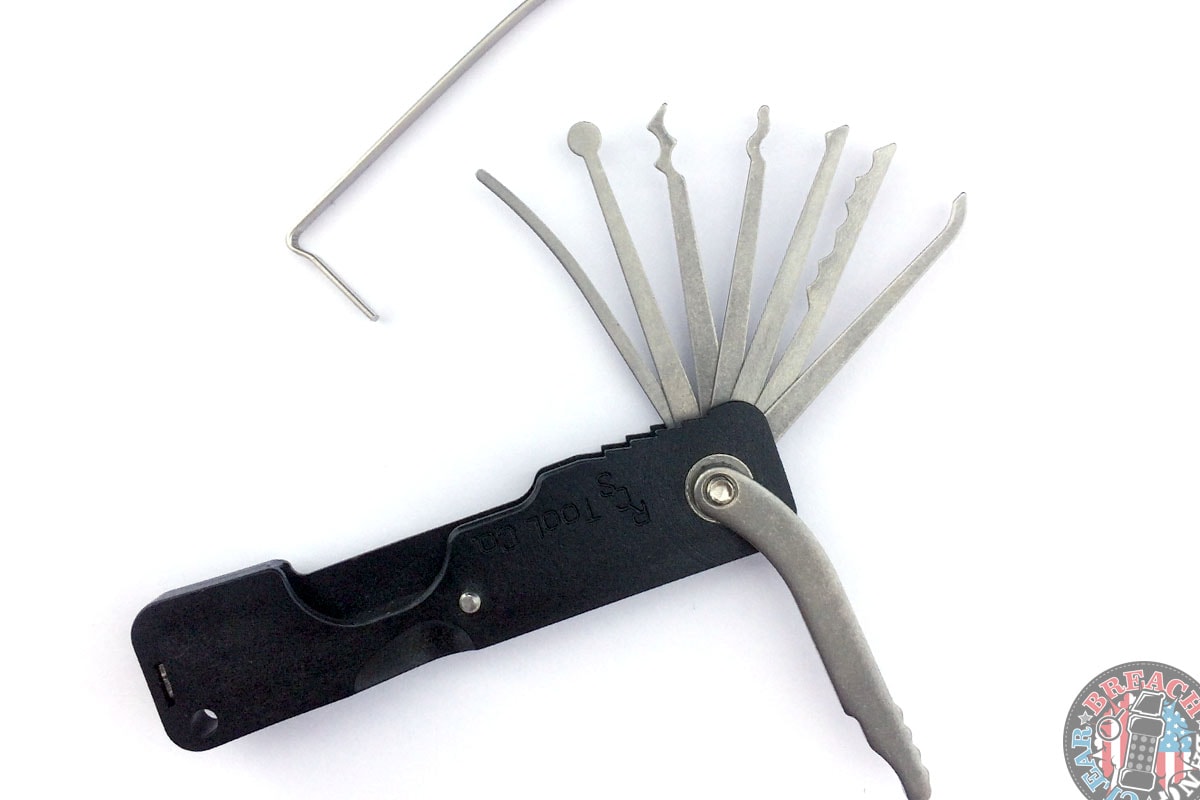 Before we get too hot and bothered, let me say that lock picking can be a fun and exciting hobby. However, you do need to adhere to a simple rule: you may only pick locks that belong to you or those you’ve been given permission to pick. 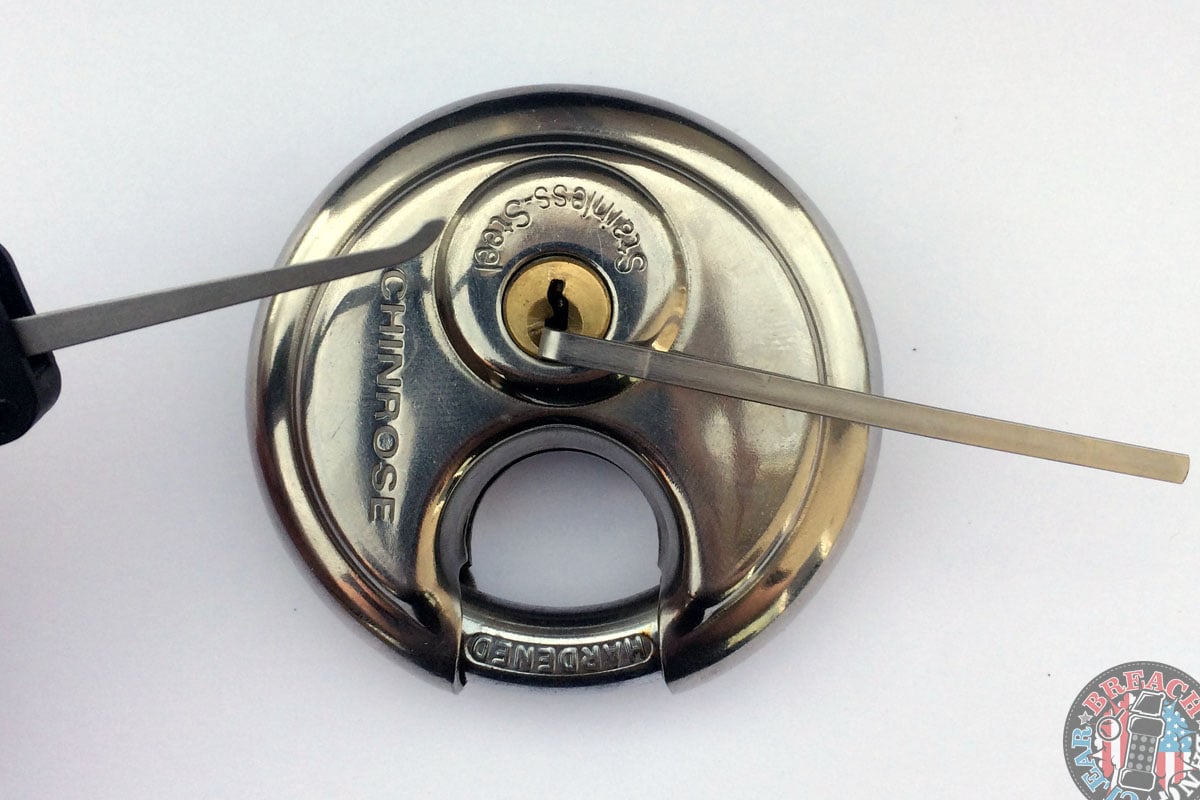 I bought my first set of picks about a year and a half ago because I had always been fascinated with the ability to pick locks, and movies and video games always made it seem so simple. It was a basic introductory kit that covered simple needs and allowed me to learn. I began collecting several different brands and types of locks and would spend downtime playing with them, studying how they worked and learning how to pick them. One such lock was a clear acrylic training lock, which would allow me to see the pins and how they interacted with a key and different picks; I highly recommend one of these for the budding locksmith. 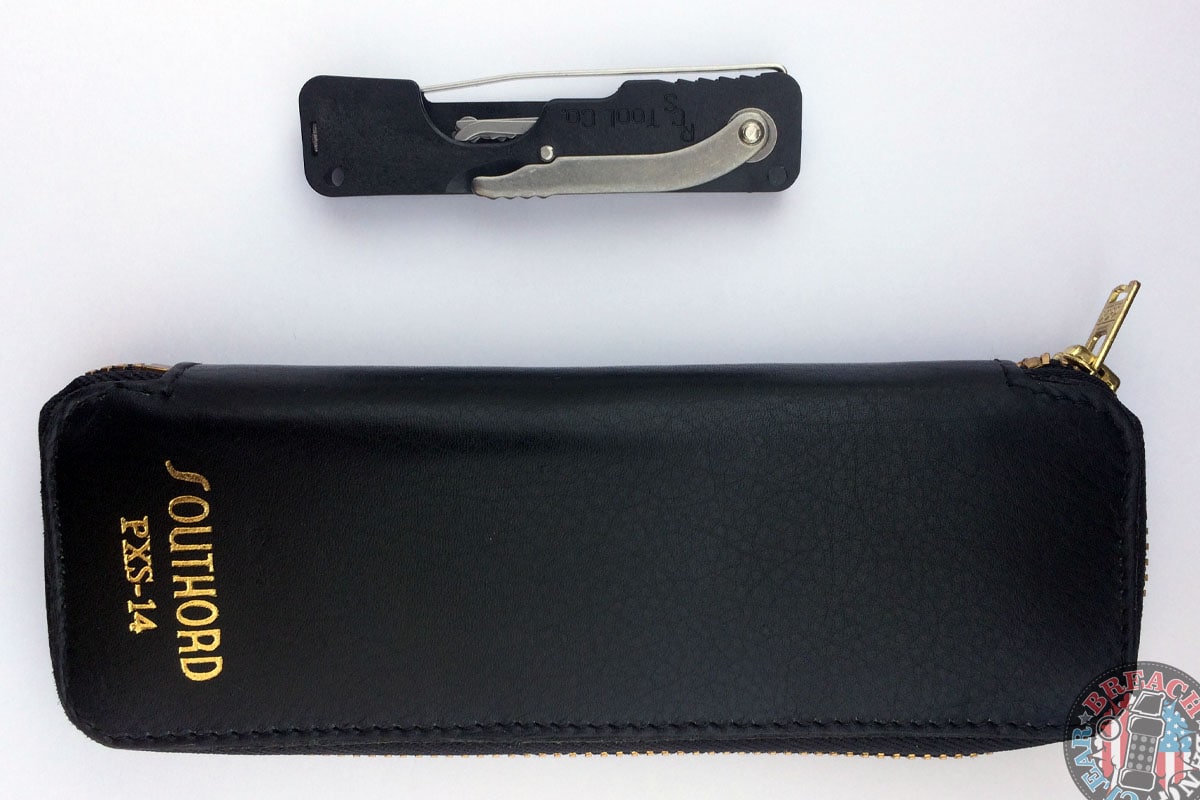 Given some of the misconceptions surrounding lockpicking, I haven’t wanted to carry around my whole kit, especially when traveling. I have a hard enough time with the TSA when I have a pelican filled with silencers and machine guns. So after some searching, I found the Southern Specialties Folding Pocket Set 7P. The price was right and it looks slightly less menacing than a full kit in a leather pouch.

The folding kit weighs a whopping 18 grams and measures right at three inches long. As the name suggests it includes seven different types of picks; three rakes, a full ball, small diamond, short hook, and a FALE reach. The tension bar fits conveniently onto the housing. which is made of glass filled nylon. A locking bar swings up to unlock the picks, then back down to keep the chosen pick in place. All the picks can be removed for replacement. 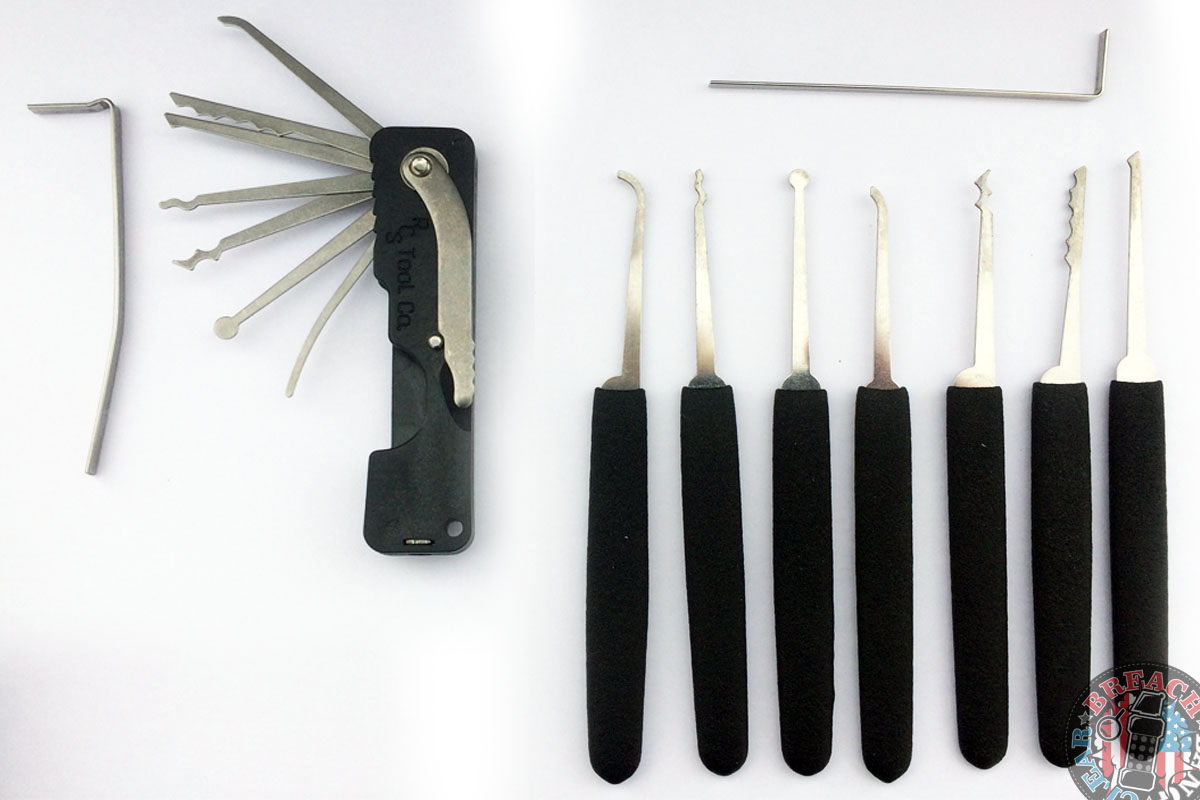 Using the folding kit proved easier than I had anticipated. All my prior experience had been with full-sized, rubber handled picks and longer tension bars. I enjoy single picking each pin sometimes and will regularly use a short hook, since being able to feel spring tension is a large part of this and even with the bulkier, less streamlined handle of the kit I was able to accomplish this. With some practice, I am now able to pick all the locks I have with both the full-sized kit and the folding kit.

Overall the Southern Specialties Folding Kit has been worth the money. I wouldn’t recommend it as a first lock picking kit but as a lightweight and compact package for leaving in your bag or on your keys, it is a great option. If I were to do it again, I would probably spring the extra $20 for the stainless handle instead of nylon, but that isn’t necessary. 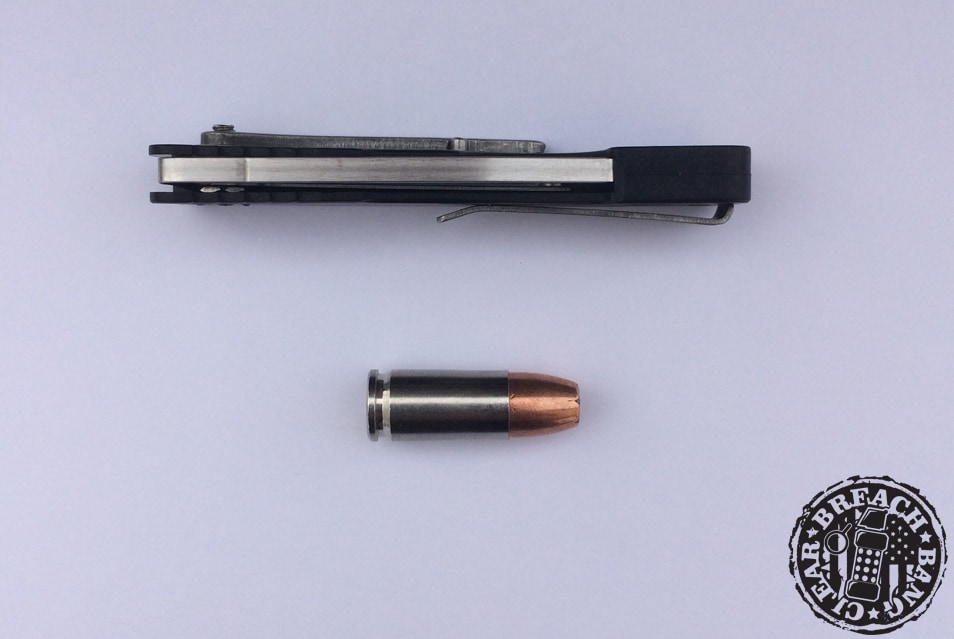 Lock sport can be a very entertaining and useful hobby, and I highly recommend it. It’s important to bear in mind that not everyone will look at it as an honest hobby, and it’s up to you to keep this skill set on the right side of the law.

Don’t just trudge along – prowl like a predator (or an angry dancing mom).