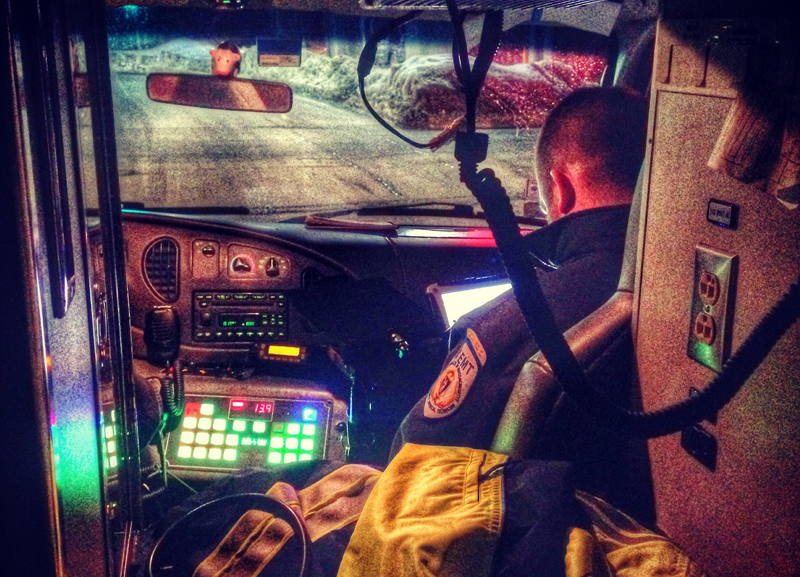 The word “feminism” is cringe-worthy. The Mad Duo errr- voluntold me to write an intro for this article since I’ve somehow always ended up in a man’s world. But, the truth is, we all live in a man’s world. I rarely agree on most things related to women…but women do make the world go round, don’t we? 😉 Doing good work and being respected seems like a common sense link, but unfortunately incompetence is not gender specific. Read on to hear about Ashley coming full circle from hating the word “feminism” to unknowingly living it and finally embracing it. Candice Horner 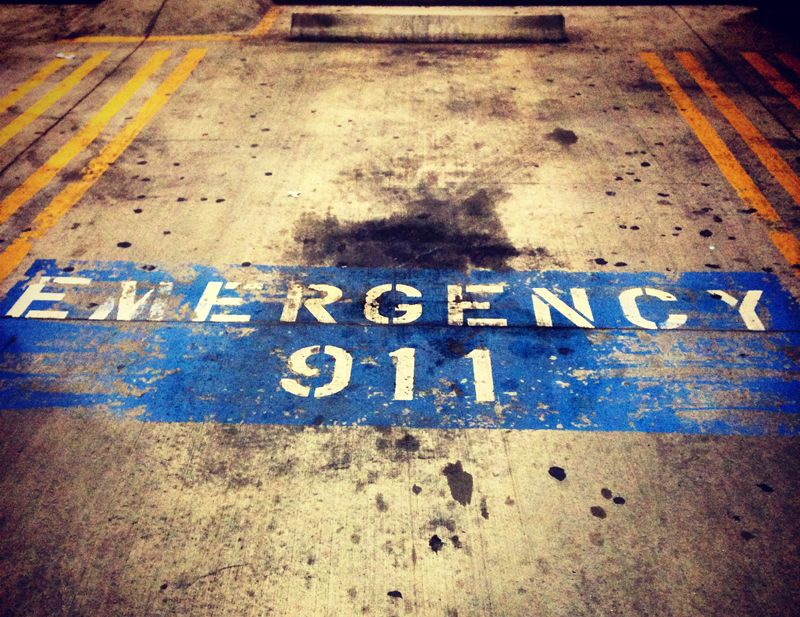 “I need an ambulance, right now! My wife just collapsed and she’s not breathing. Hurry, please, I don’t know what to do!”

“Okay sir, the paramedics are on their way. Stay on the line and I will give you CPR instructions.”

“Okay, thank you. Can you do me a favor and make sure the paramedics are men? I just don’t think a woman has what it takes to save my wife’s life.”

That dispatch conversation never actually happened. Anyone making such a gut-wrenching phone call to 911 is unlikely to have any concern with the gender of the responders. They are only concerned about the speed, skill and intelligence of the EMT’s and Paramedics. In fact, many citizens take comfort in the care of women responders, as maternal instincts often kick in and minute comfort care measures are put into action without second thought. It’s common knowledge that there’s no healing power quite like momma’s magic.

Logic would tell you that female first responders are universally accepted, and that gender plays no role in the field. Unfortunately, logic doesn’t always reign supreme. As a female emergency medical provider, it has taken over a decade to earn the trust and respect that is often handed to my male counterparts their first day. I’ve made a name for myself not because I am a female amongst the Brotherhood; I’ve made a name because I am a good provider. I am passionate about patient care and progress in emergency medicine. I’ve committed myself to the cities I serve and seek any opportunity to enhance the relationship between residents and first responders.

Recently I received quite possibly the best compliment I’ve ever heard, from the lips of a firefighter I’ve worked alongside for the past three and a half years. After a particularly difficult call including patient aggression towards all responders on scene, the firefighter took me aside and said, “This city is really lucky to have you. We all breathe a breath of fresh air when you show up on scene.” I smiled and shook his hand before walking back to the ambulance with my heart swelling with pride. That is what I have been working for all these years. To be a leader, to be a calming force in the storm. To hear that from a man who quite honestly probably didn’t even know my name (I don’t know his), was incredible. I didn’t just feel pride in my work, I felt pride for all my sisters in the Brotherhood.

Full disclosure; I haven’t always felt so strongly about equality. Even today, my gut reaction to seeing females charged with typically-male roles is often filled with conditions and caveats. I quickly dispatch those thoughts to the realm of inappropriate, but it has truly taken years of experience to be able to correct my way of thinking without effort.

A decade ago, not so much.

During my sophomore year of college, I was sitting in a Modern American History lecture looking over the faces of my classmates in stadium-style seating. We women were far and few between, as the political science department didn’t attract many females at the time. Our professor sparked the discussion about whether the First Lady should be given any political power, given that it was her husband, not she, who was elected into office. We discussed the various positions First Ladies have had, including the generous non-profits that had been established under their tenure. The general consensus was that sure, she should be able to get involved, but anything affecting direct legislature should be left to people directly chosen by The People.

My professor then posed the question, “What if we had a female President? Do your feelings change regarding her husband?” I’m not quite sure what the responses were, because I immediately became consumed with my opportunity to start a fire. With a shit-eating grin on my face, I raised my hand confidently and awaited my turn to be called on.

“Frankly,” I said. “I don’t think a woman should ever be President of this country.”

The silence was deafening, but short lived. Long story short, lecture was dismissed early in efforts to thwart the rapidly increasing arguing and aggression.

Did I believe in what I was saying? Well, not entirely. I’m an admitted troublemaker, especially when I know the conflict will create progress. I’ve never been afraid to stand alone, I’ve never been afraid to fall on my sword for things I believe in wholeheartedly. But here I am, well over a decade later, analyzing my words that cold winter day in New England. Who was I and where did those feelings come from? Was I raised to believe what I was saying? There aren’t any easy answers to those questions. What I can tell you is that I am glad that day happened, because it has provided a significantly contrasting background to the progress and woman I am today. 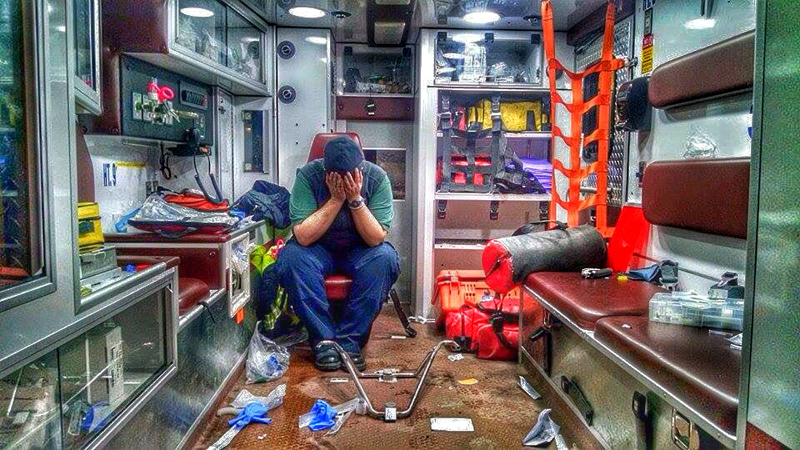 I used to be an outspoken anti-feminist. My preconceived notion of feminism, in simplest terms, was that women wanted to be respected for being women. I never understood this. Why should I, or anyone, respect another human being based simply on whether they had a penis or vagina? Forever I thought that’s what being a feminist meant, and I hated it. What I failed to recognize is that I was my own living contradiction. Since I turned 18, I’ve been involved in Emergency Medical Services (EMS). It was and still is a “Man’s World.” I had embraced a career, a lifestyle, women traditionally did not get involved in. Never once did I think that anyone would look down upon me for being a female in this field, I just assumed everyone would respect me as they respected my male counterparts. It wasn’t until years later that it dawned on me: this is what true feminism was. I am a human being, doing the same shit you’re doing. Respect me for that. In that moment of revelation, I accepted, I embraced, I rejoiced at titling myself a Feminist. 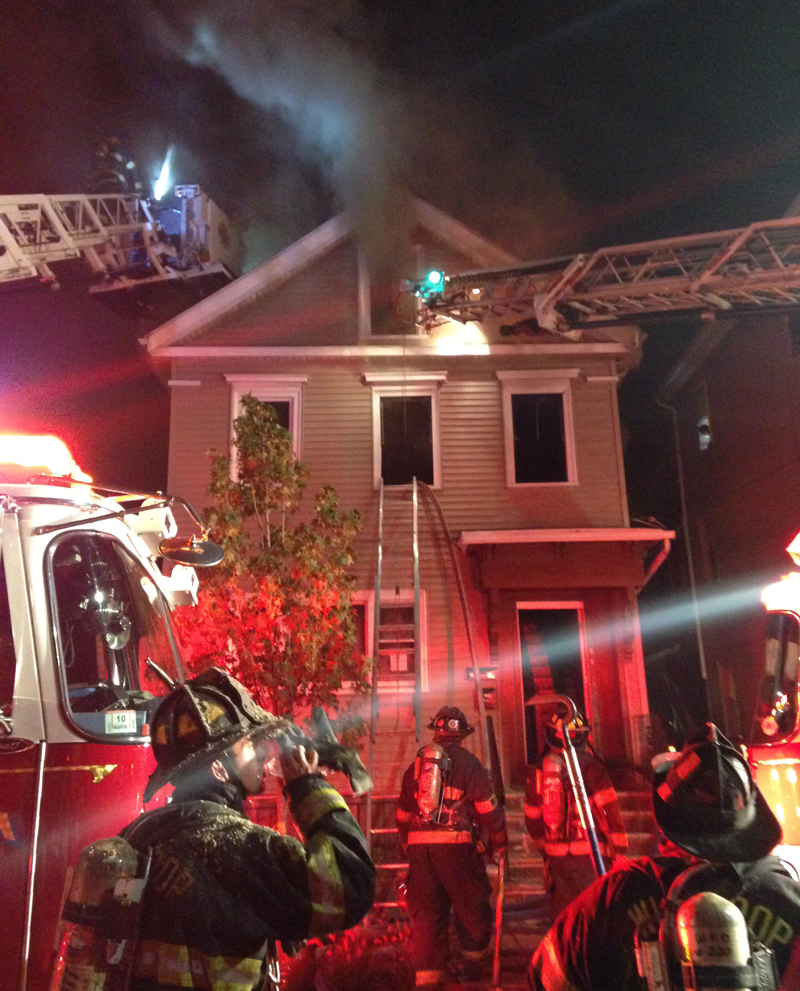 We women are finally being regarded as peers; no better, no worse. Equals in our fight for life. If I could offer any advice to women entering a man’s world, it would be this: don’t ever expect anyone to do your job for you. Carry your own weight, and furthermore, don’t be afraid to help shoulder the burden of your male counterparts. Don’t expect a free pass in any arena just because you are a woman. Be exceptional, perfect your craft. Earn your respect. And most importantly, respect yourself. To the men working alongside these women: ease up on the preconceived ideas and expectations regarding the limitations of women in your field. You will be pleasantly surprised at their ability to shatter all your imaginary boundaries. 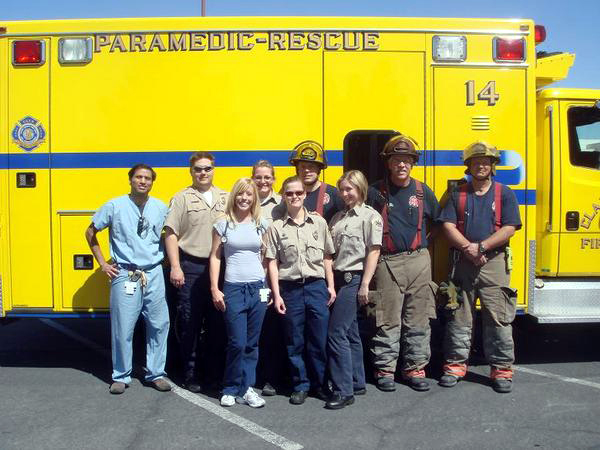 About the Author: Ashley Sandler is a mighty Ambulance Goddess from up in the Bawstun area. A paramedic whose life’s passion is pretty much doing battle with the Grim Reaper, she is a smartass who walks barefoot down the razor edge of cynicism without bloodying her feet and volunteers at adaptive athletic events for wounded veterans. As you can see, she is also hawt. It is not an accident all the females who write for Breach-Bang-Clear are both badass and hawt.

Not an accident at all. 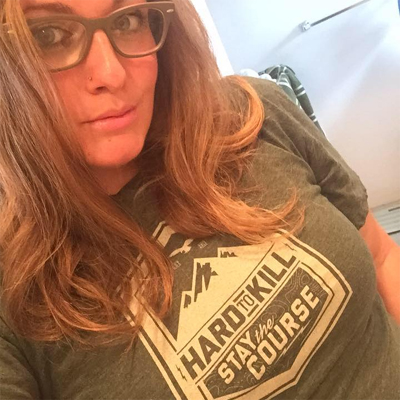 2 thoughts on “Feminism in a Man's World: First Responders”