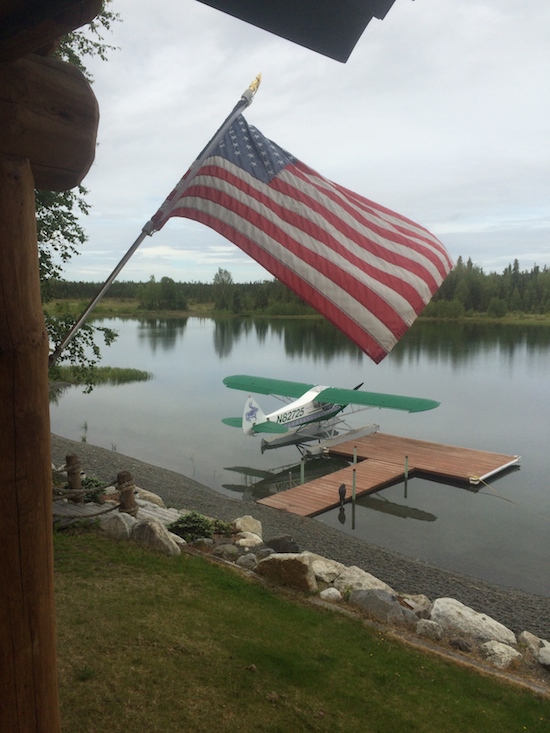 Our Alaska Frontier series continues with part 2. If you missed part one, check it out here first. Mad Duo

The drive around Turnagain bay lasted a few hours, providing plenty of time to enjoy the scenic beauty of the looming mountains overlooking the water. We followed the Sterling highway, a two lane road which is prone to getting snowed out in the winter from avalanches and is heavily congested on summer weekends as Anchorage dwellers head out to the wild. Headed for the town of Soldotna, my friend pointed out mountains he had hunted and spots he had witnessed death of various kinds. For years I had listened to these stories, which added to the allure of this brutal landscape. 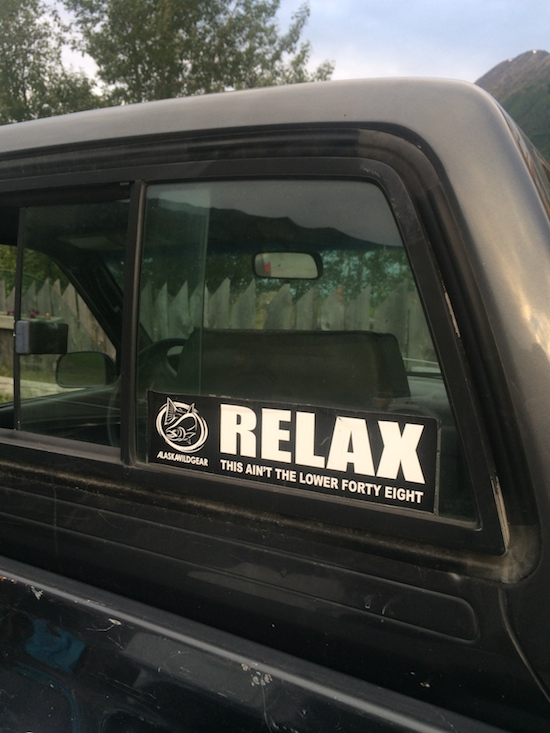 A lot of those stories had involved bears, and before leaving Anchorage we had stopped to buy a box of .45 ACP +P 255 gr. Hard Cast  ammo for my pistol. As I do not own a revolver, this seemed like my best of bad options as I loaded my 1911 in the parking lot. My companion leaves his “Alaska guns” in the care of his brother, to avoid the hassle of flying with them. “If you plug a bear with that pea-shooter, hopefully it will piss him off enough to kill you quick!” he laughed. I had never thought of a .45 as a “pea-shooter” and his joke made me feel unsettled. This was perhaps the first place I ever traveled to where I was more worried about animals than people.

We made good time getting out to the Kenai Peninsula, and arrived in Soldotna in the early afternoon. With a little over 4,000 people, Soldotna is a small town that hosts the majority of stores and shops for its area. The Kenai River flows through it and remains the most popular sport fishing destination in Alaska. Before we even reached the town, you could see an army of fishermen out in the waterways as the red salmon ran en masse. “The reds are running in the Russian” my friend commented with a smile. The sort of sing-song way he said that made me recognize it as a local expression, and that would prove true. Over the next few days I would hear it spoken by dozens of people, most wearing waders. The Russian River is a tributary to the Kenai River, and produces some of the biggest catches in North America.

We arrived at our final destination, after what felt like an eternity of travel. Pulling off the hardball road, the Suburban rumbled down the crushed gravel common to most streets in the area. We passed a huge tractor, plaining the gravel even and filling the past winter’s potholes. We turned onto a matching gravel driveway, concealed in the tall pines and brush. Placing the SUV in park, my friend exclaimed “We’re here!” Climbing out, I was amazed at the cabin in front of me. “It isn’t much, but it will have to do,” my friend snickered. The house was a beautiful, classic log cabin overlooking a dark smooth lake. My friend had helped build it with his brother years before, and each log had been debarked by their own hands. His brother had lived in a tent for the duration of the build, which took several years! As young men, they built it decades before log by log, every shingle. The cabin slowly rose to completion based on the availability of time, money and help.

His brother’s dogs rushed out from their kennel to greet us, and we brought our bags inside. That evening I enjoyed a meal of steak and salad, as my friend’s family recalled the cabin’s construction and yesteryear Alaska. There was a calling that brought them out to this vast country side, and it sounded like it was still alive in their hearts. This remote and spectacular land was already living up to its well deserved reputation, if only in their stories.

As this was my first time to the state, the tales of adventure and death added to the mysticism of my first day in Alaska. I asked about the single engine airplane bobbing in the lake. “That old thing?” My host smiled and pointed out the window. “I’ll take you up tomorrow, so you can see the REAL Alaska!” The evening winded down, with fine Scotch and much laughter. My hosts turned in, as did my friend. I walked down to the lake, sitting in a weather-worn adirondack chair facing the water. Loons called in the distance, and the water gently lapped at the shore. I sipped my Scotch and smoked a cigarette as I marveled at the perpetual twilight of 1 am. Everyone I had met so far seemed as rugged and intriguing as their land. People were happy, friendly and eager to tell their stories. It felt like I had stepped into another time, where people interacted with each other honestly and actually cared to listen. I finished my drink, and headed back to the cabin. Tomorrow was going to come quick, in a sky that never grows dark.