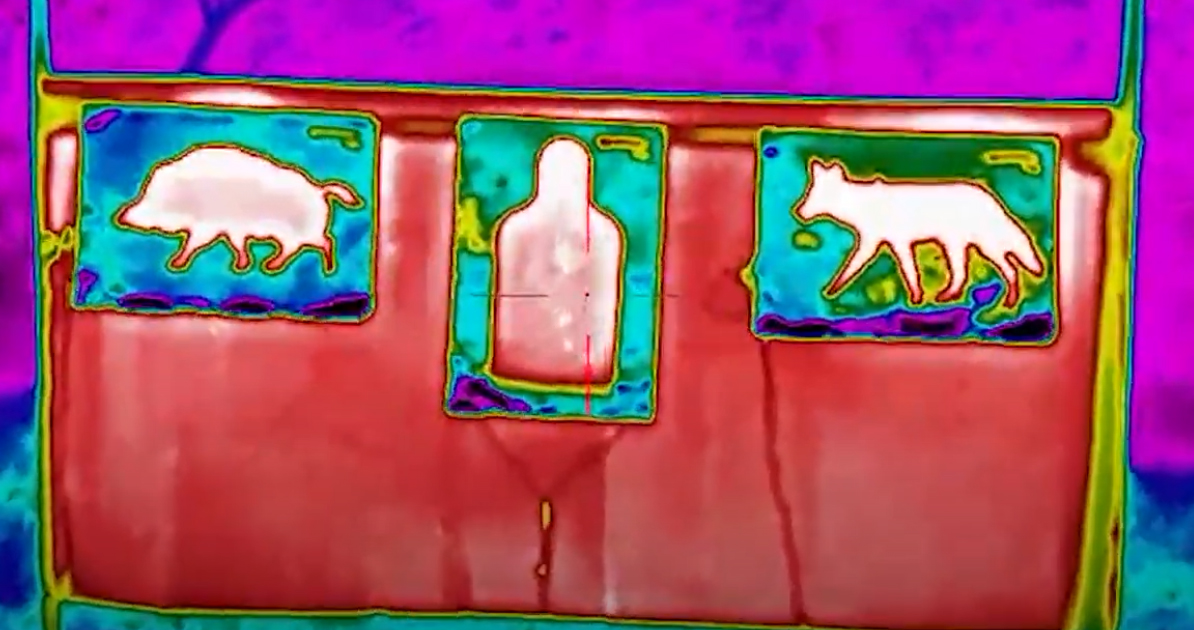 You can have the best thermal scope there is, but only a few of us will ever meet its mechanical potential without good, consistent training. Something that helps with effort (in the case of your thermal rifle scope or similar device, that is) are thermal targets. Specifically, silhouette targets for zeroing and deadly force training as well as zeroing targets for hunting and recreation. The best thermal scope made won’t help you if you don’t know how to use it properly.

To that end, check out these…

Released just a couple of weeks ago by Crofton, MD-based IR.Tools, the high contrast passive infrared (IR) shooting targets are powered by a 12- or 24-volt battery. The manufacturer advises the lightweight and heat-efficient target will remain intact for more than 500 rounds, providing a consistent thermal image without flaring.

*This target can be powered by any 12V/24V DC Power Supply (Lithium Battery, Lead-Acid Battery or Transformer).

The targets are made of a rubber-like material and have no wires to short circuit from bullet penetration. Heat is provided by what they describe as a “virtually indestructible” proprietary “Fabroc” technology (q.v.).

As we understand it, some of the shooters who train at Ft. Bragg,  NC have been shooting at the same durable Fabroc targets for nearly a decade. IR.Tools is now working to provide the same kind of powered thermal target to hunters, recreational shooters, military personnel, and law enforcement officers alike. 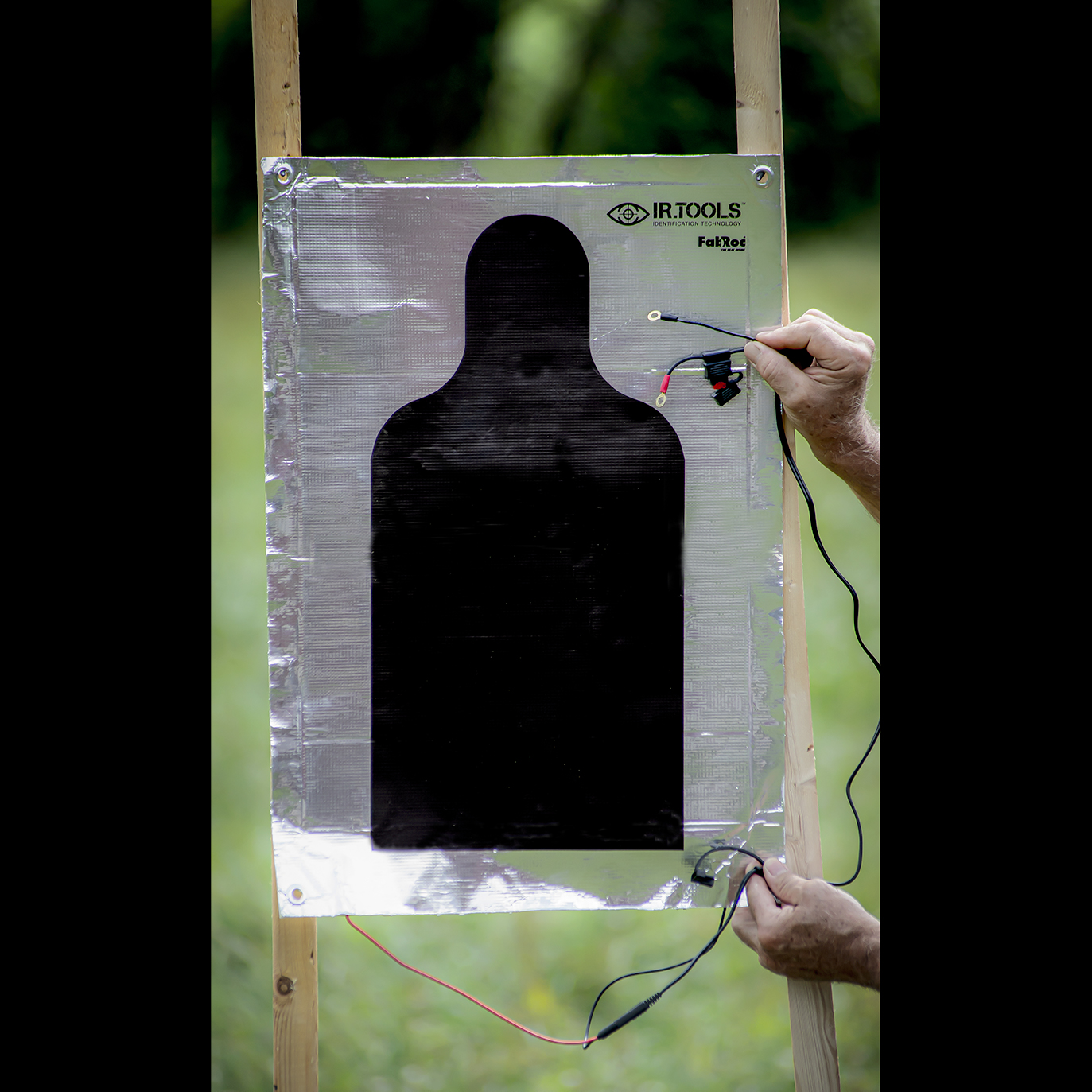 IR.Tools silhouette targets are described as being very durable, with significant potential longevity for someone looking to train with thermal targets.

“We now provide our optics customers a one-stop-shop for all their thermal targets. Passive or Powered we will service them with a premium thermal target.”

An unnamed Range Manager at Ft. Bragg has reportedly said, “The unmatched number of shot it takes while maintaining a clear, realistic image to shoot is incredible.”

Longevity if obviously a value add, but so too is their apparent ease of use. This simplicity should make the targets good for even the most complicated training scenarios (or just a long time shooting for fun).

In addition to silhouette targets, IR.Tools has hunting targets available too.

In addition to advanced weapon training targets, IR.Tools provides proprietary passive IR patches — something they’ve done since 2006 — as well as passive IR targets, zeroing targets, and thermal vehicle markers for superior IFF protection. Their shooting targets for night vision and thermal image training are used all over the world.

Here’s an example of a recreational IR.Tools target suitable for your thermal scopes and optics (or other IR aiming device): 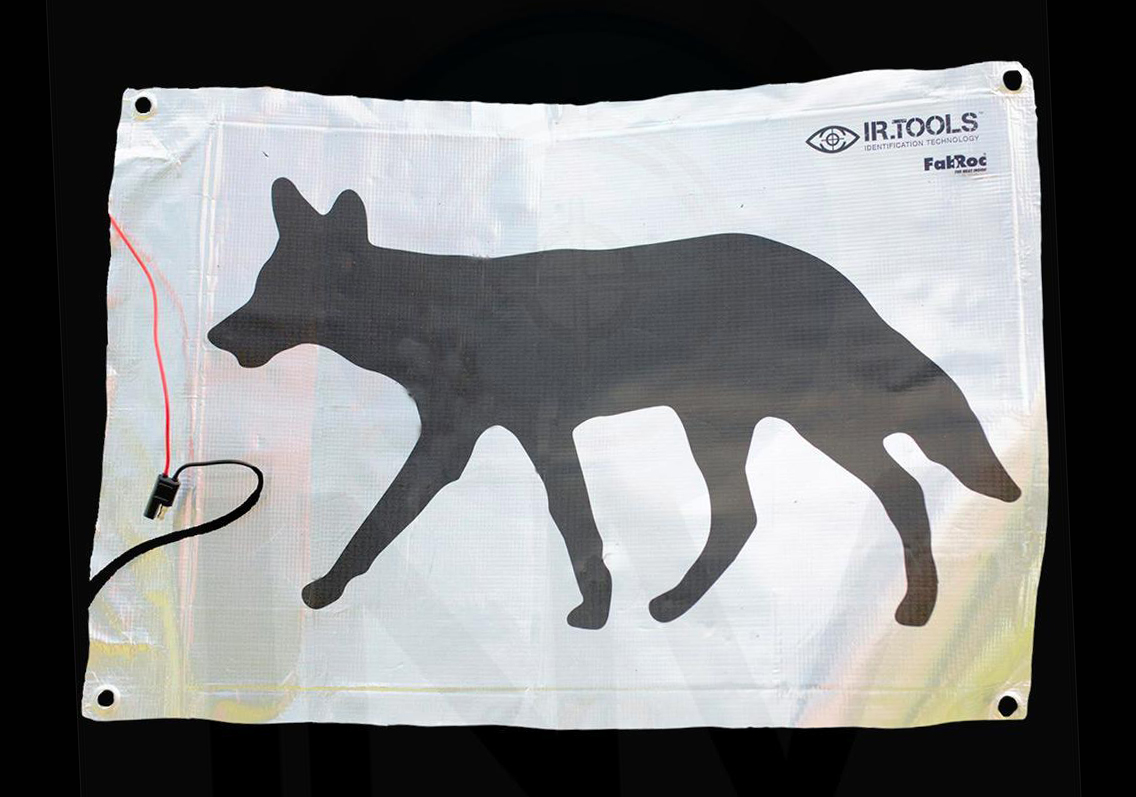 A coyote target for thermal scope. If no power is available it reverts to a passive thermal target.

Protecting Those Who Protect Us is the IR.Tools self-avowed mission. Their goal is to bring the men and women who risk their lives everyday home safe to their loved ones. Tom Boyer’s passion for innovation and vision has resulted in 21 patents; his company assures end-user that IR.Tools protection is top-notch.