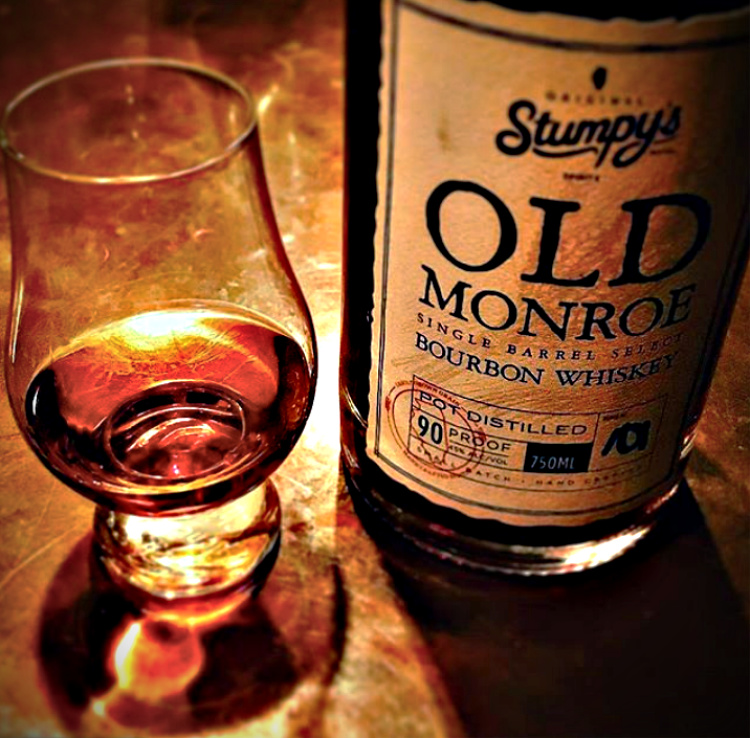 As you know, part of our never-ending quest for all things awesome is the recently added feature Tippling Tuesday. Therein we put the spotlight a spirit or cocktail that you might not have heard of, or maybe one you heard of but wanted to know more about before dropping some coin. Bourbon Whiskey is a favorite amongst the Minions, but we will be throwing lumens in all of the dark corners of the libation universe. To start things off, we’re going to talk about one of my favorite new Bourbons, Old Monroe, by Stumpy’s Spirits. 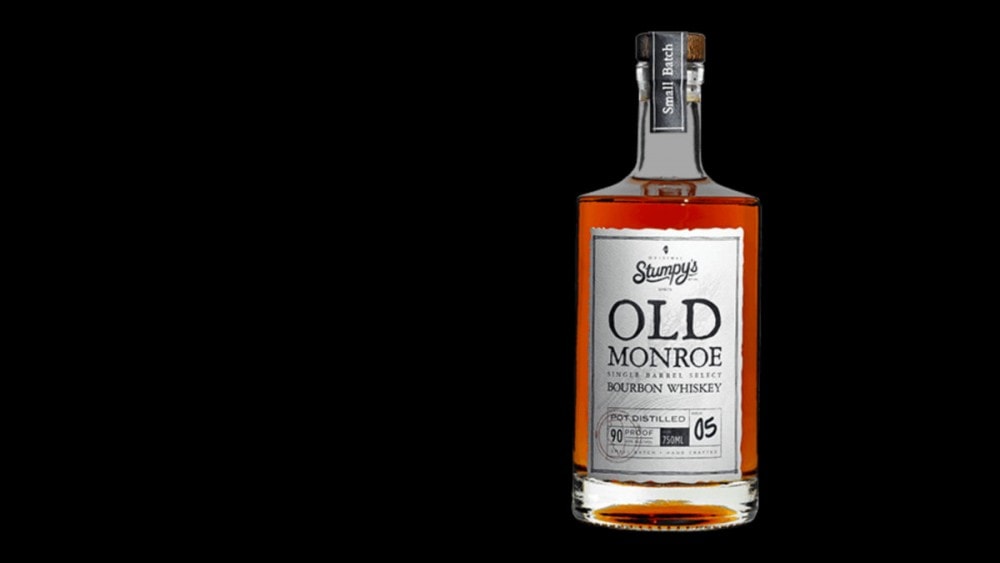 I’ll admit it, I’m biased towards Bourbon Whiskey. In fact, I was a bourbon snob before being a bourbon snob was cool. Bourbon is the quintessential American spirit, and that means when I drink it I’m being patriotic. And I’m nothing if not patriotic. About a year or so ago, I started hearing things about this new Bourbon from Illinois. At first, I ignored it. I assumed it was one of the latest craft products from the huge distilling operation that distills most of the newer craft stuff. Oh, you didn’t know that? Yeah, unless your bottle specifically says “distilled” by the bottler, it’s probably from the old Seagram’s distillery owned by MGP in Indiana. Anyways, I digress. Stumpy’s is most definitely NOT an industrial hooch repackaged for sale to gullible hipsters.

The Stumpy’s story is actually as American as the Bourbon that they sell. Located on an 8th generation farm, Stumpy’s is actually named after the surname of the distiller, Adam Stumph. Adam got his start craft brewing beer in college and went on to work for Anheuser-Busch for several years before striking out on his own. Using a business plan made in college, Stumph set up his distillery on the family farm, which sits on the Stemler Cave Recharge Basin, a giant underground limestone aquifer. This geology is almost identical to Bourbon County, Kentucky, which is very advantageous when distilling Bourbon. Sitting on the farm and growing all of the necessary grains on site, Stumph can control all of the variables. That is what makes their products true “grain to glass” offerings.

While it’s not easy to find yet due to its newness, Stumpy’s Old Monroe bourbon was worth the wait. According to Stumpy’s, it is crafted from their signature blend of corn, winter wheat, and barley malt and aged in charred Missouri oak barrels. 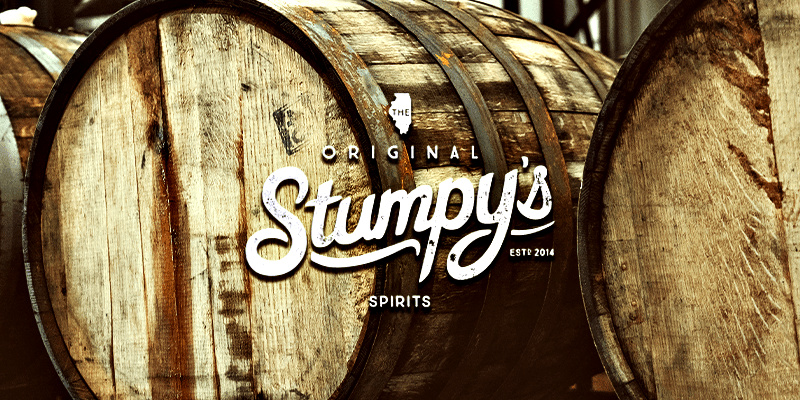 On arrival, I noted that the bottle was identical to several of the more recent craft offerings from the Midwest and West, cylindrical with a hard edge tapering to the neck. The label indicated that it was bottled at 90 proof and was a single barrel bottling from barrel 101.

On inspection, the Bourbon showed a very pleasing dark amber color. Not every good whiskey shows dark amber, and not every dark amber whiskey is good, but since Bourbon can’t contain any coloring agents, that color has to come from the barrel itself, which is a good sign. 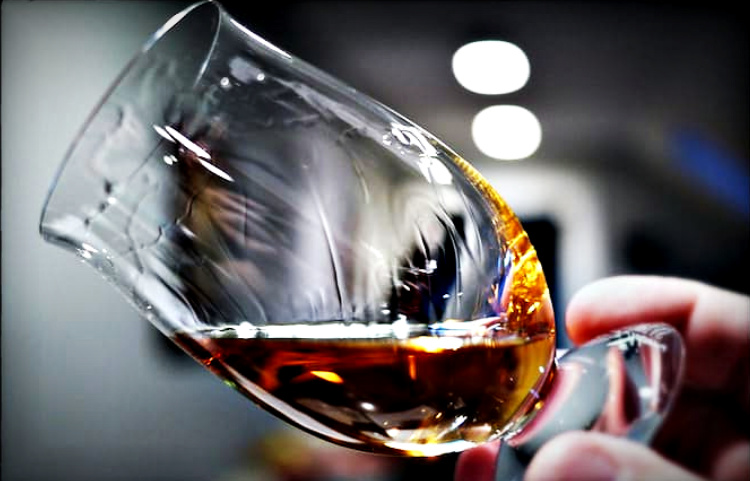 Swirled in the Glencairn, the whiskey showed fat, slow legs. This indicates lots of flavor also, as viscosity is an indicator of the fats and lipids in the whiskey which carry the flavor. Nosing it got my hopes even higher, as it really hits with strong fruit and vanilla right off the bat. Most Bourbons give vanilla notes upfront, but this was a really intense, pleasant burst of it. On subsequent nosings, I was able to break the fruit smell down a little further, noting hints of berry.

On my first chew, my tongue was hit immediately with sweet corn and vanilla. Unlike the nosing, I also picked up some oak and smoke. There was very little burn upfront as it’s a wheated Bourbon, but there was a very pleasant burn on the backend leaving a fruity, almost pear-like taste on my palate. On subsequent chews and sips, the vanilla really stayed at the forefront with a hint of very sweet caramel and was complemented by a very sensual almost buttery feeling in the mouth.

The burn was very mild and more akin to a cinnamon burst than the peppery burn of a high rye offering. I added a couple of drops of distilled water and was rewarded with a more open offering that allowed me to really isolate the flavors and enjoy the whiskey to its full potential. Because this is a young Bourbon (there was no age statement, but I’m guessing it was aged about two years) the sweet corn taste was evident the entire time. Considering its young age, the nuance and complexity of the spirit were impressive. The fact that it’s a single barrel product probably helped that a bit.

Stumpy’s Old Monroe bourbon has really impressed me. I hope that they are able to keep producing such top-shelf whiskey in the face of what should be very high demand. I would be very interested in a 4 or 5-year expression. Priced in the mid-30s, this true grain to glass Bourbon compares quite favorably to some very high priced wheated competitors and should be a staple in everyone’s bar. 4 out of 5 stars, will be buying more. 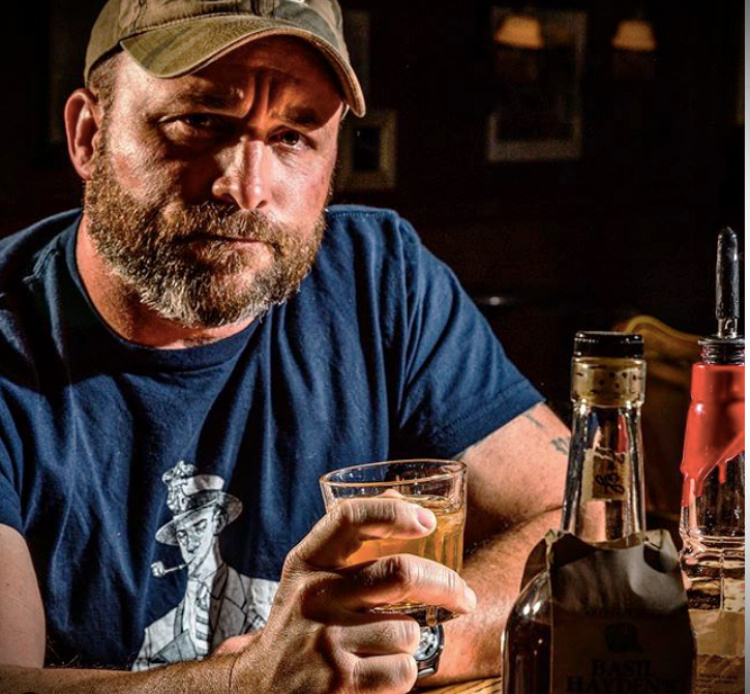 I’m grateful for the opportunity to write about my lifestyle and not just guns What are you drinking tonight?

Stumpy’s currently has six spirits listed on their website. 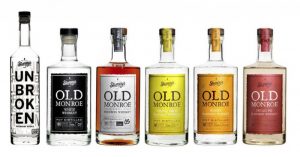 Stumpy’s Unbroken vodka is distilled from 100% family grown corn and is filtered through a custom blend of activated carbon.

The Old Monroe White Whiskey is an unaged whiskey. It comes straight off the still and is proofed to 100 proof with fresh filtered well water and then bottled.

The other three Old Monroe varieties have unique flavors blended with their unaged wheated bourbon. These flavors include Lemon Drop, Honey, and Pecan Pie. According to Stumpy’s, the Honey Flavored Whiskey is a seasonal, 60 proof whiskey made with rich clover honey. Their Pecan Pie Flavored Whiskey is a seasonal blend of their unaged wheated bourbon, toasted pecans, brown sugar, and white sugar.

You may also enjoy this story: Order Whiskey with Wisdom.