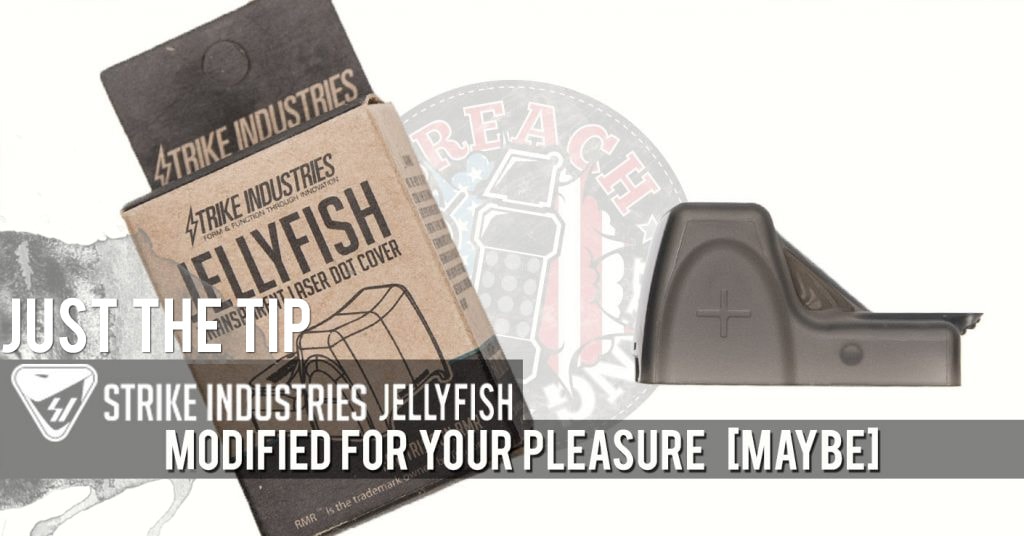 We always thought jellyfish were things found in the ocean or on shower floors.-Mad Duo

Just The Tip–Strike Industries Jellyfish: Modified For Your Pleasure [Maybe]

The Jellyfish by Strike Industries is a protective cover for your Trjicon RMR. Well, battery powered RMRs anyway. If you’re running a fiber optic “dual illuminated” model such as the RM03, RM04, RM05, RM05G, RM08A etc., you’ll have to look elsewhere. Though the lines of the Jellyfish are contoured around the RMRs with manual brightness adjustment, it will fit any of the LED battery operated models. So if you have an RMR01, RMR02, RMR06, RMR07 or RMR09, it’ll work. 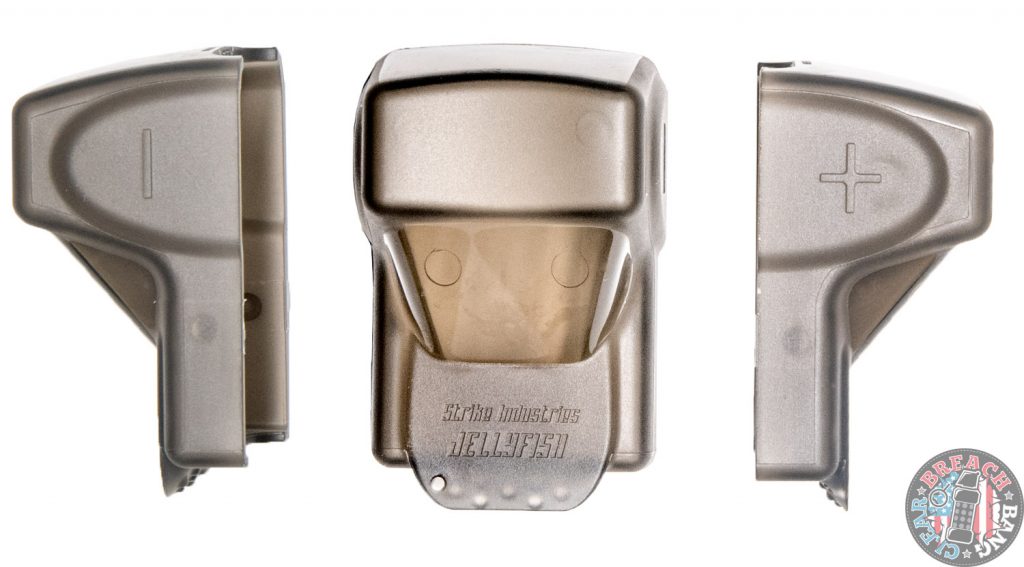 Let’s have a look at some of the features. The Jellyfish is form fitting, and secures in place on the RMR via two little nubbins on the inside. 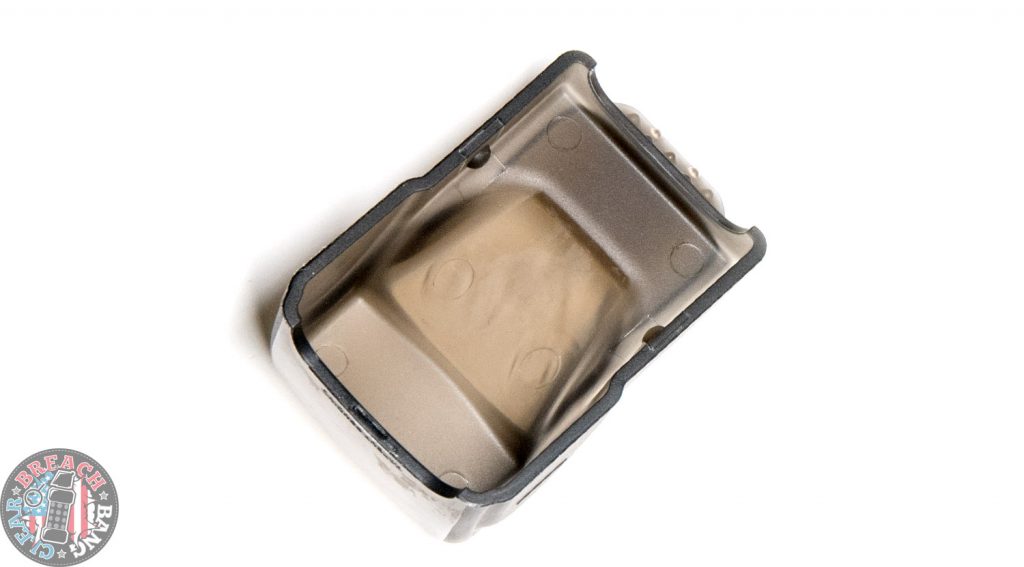 There is a textured pull tab for ease of removal when you want to take it off. There’s even a lanyard hole built in, though it’s very small. 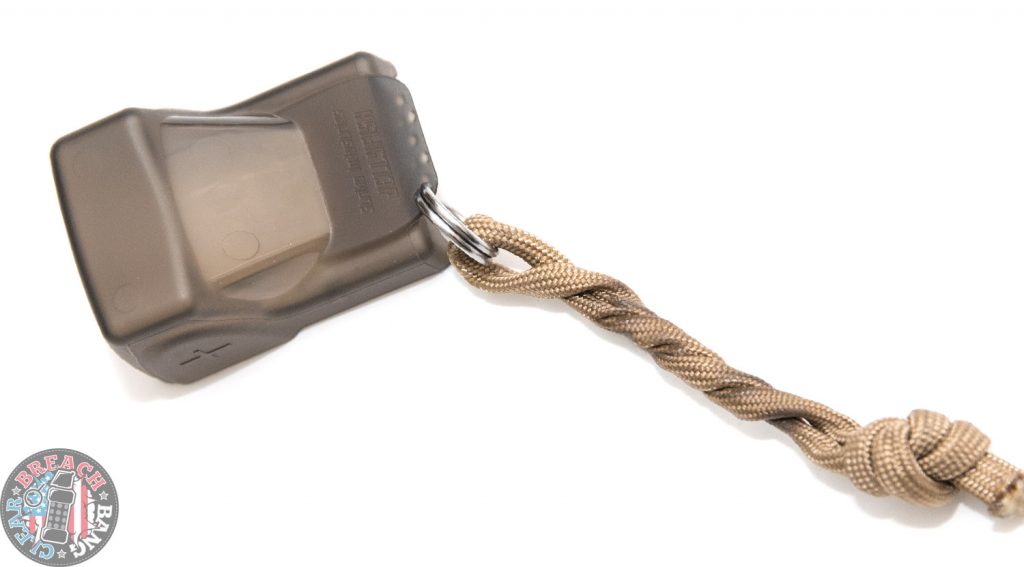 RMRs on carry guns tend to get beat up a bit. Brass hitting the screen and corners can be issue, though usually best taken care of by an armorer because it can be solved in numerous ways. Since I carry AIWB, my belt buckle has marred it. Since it rides inside the pants, at any given time there’s a ton of dust and junk in it. 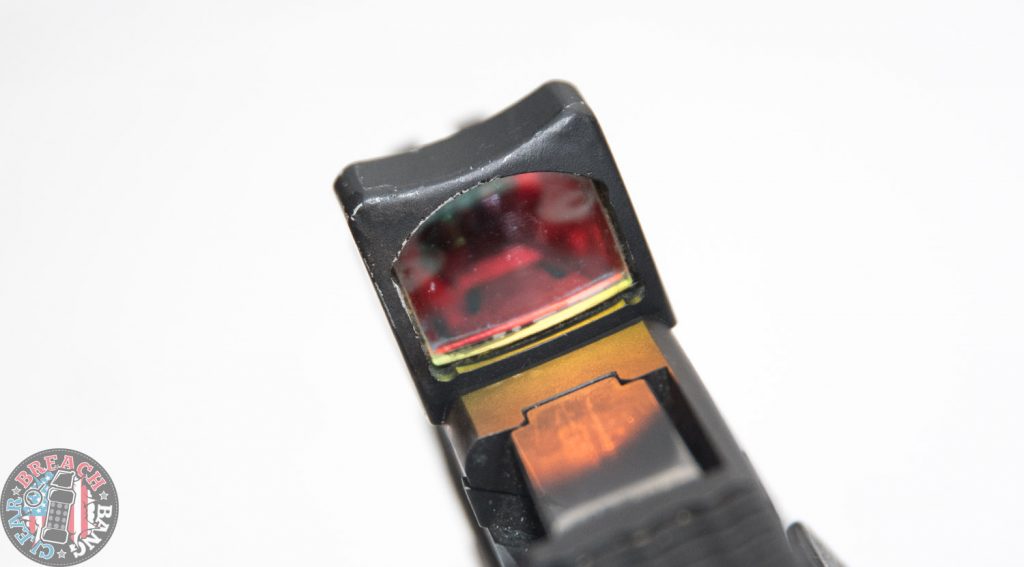 Here’s how it looks when installed on an RMR-equipped pistol. I should note that it won’t fit on all of them–the Jellyfish was fine on a KE Arms and a BattleComp slide, but failed to properly secure on a ZEV. You can even see in the picture below that the BUIS don’t allow for a complete seal. 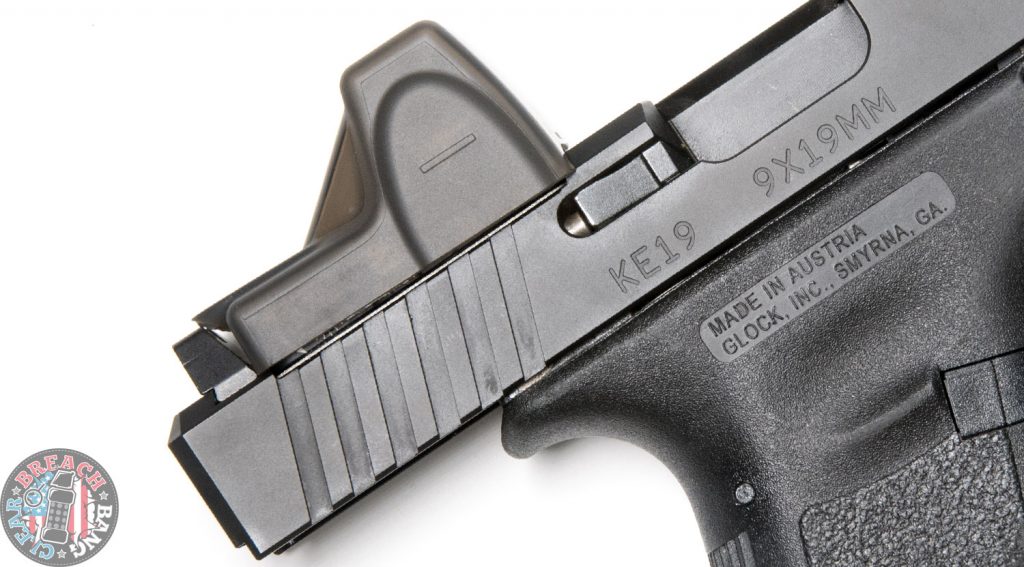 So What Happens When You Want to Shoot?

Generally optic covers are used as a sacrificial shield during transport to help mitigate some of the bumps and bruises gear is subject to along the way, but Strike Industries advertizes the ability to shoot while the cover is still in place. Though Strike Industries says the Jellyfish is transparent, translucent is probably a more accurate term. It certainly isn’t clear, and stacking two layers of the material on top of one another (such as viewing the dot of the RMR while it’s in place) drastically cuts down the light transmission through the objective lens of the RMR. To make matters worse, the angled back portion of the Jellyfish really makes the dot look wonky. The 3.25 MOA dot of my RMR01 turns into a much larger blob with rando scattering. 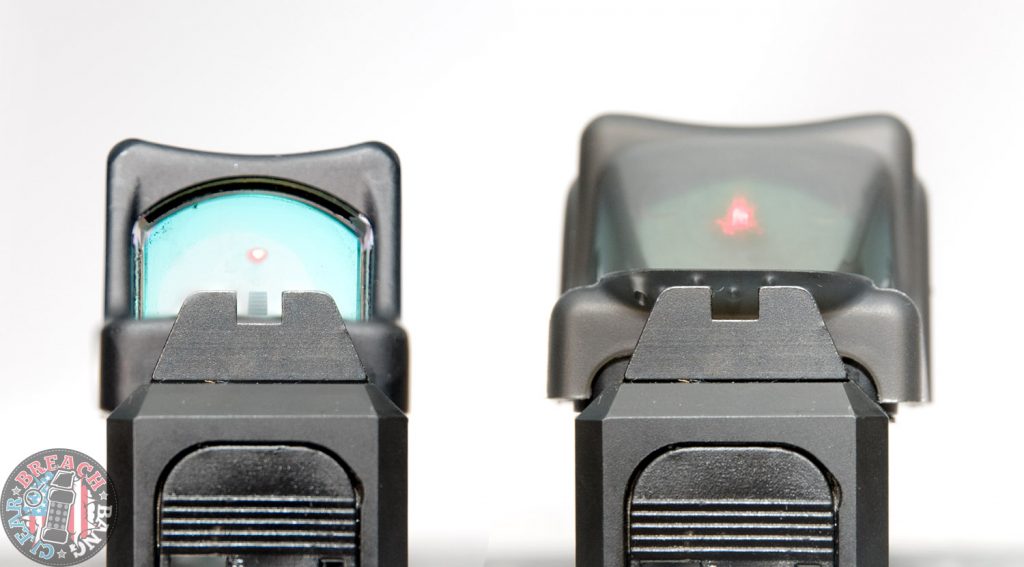 And as you can already tell from the previous photo, you aren’t going to be picking up your rear-mounted iron sights with it. The pull tab gets in the way and the BUIS in either configuration don’t clear the cover. Maybe if the RMR were piggybacked on an ACOG or offset in front of a variable optic, I could deal with the blob in an emergency situation. But a handgun? My primary carry handgun? No chance. I should note that the auto-adjustment still seemed to work fine on the RMR01 with the Jellyfish installed, but I’d have to do some low light work before I signed off on it. 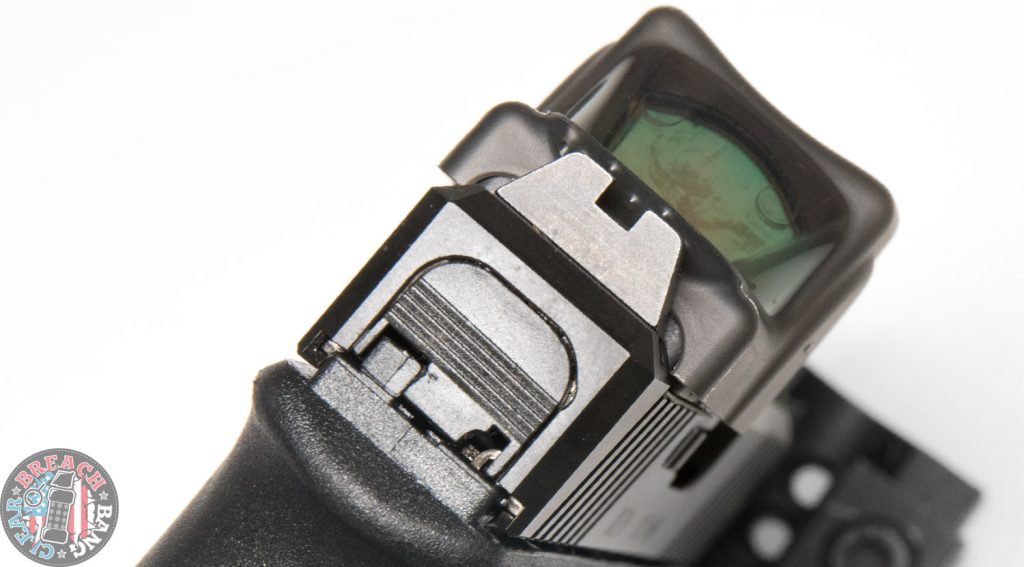 Some guy, some place, right now is practicing pulling this cover off before firing as part of their draw stroke–I can absolutely guarantee that. I suppose I’d give him bonus dunce points if he is chambering a round while he does so, ala‘ Israeli carry. But for the rest of us mere mortals, there are three options:

-Only use the cover for transport

If you roll with the latter, allow me to show you what I did: 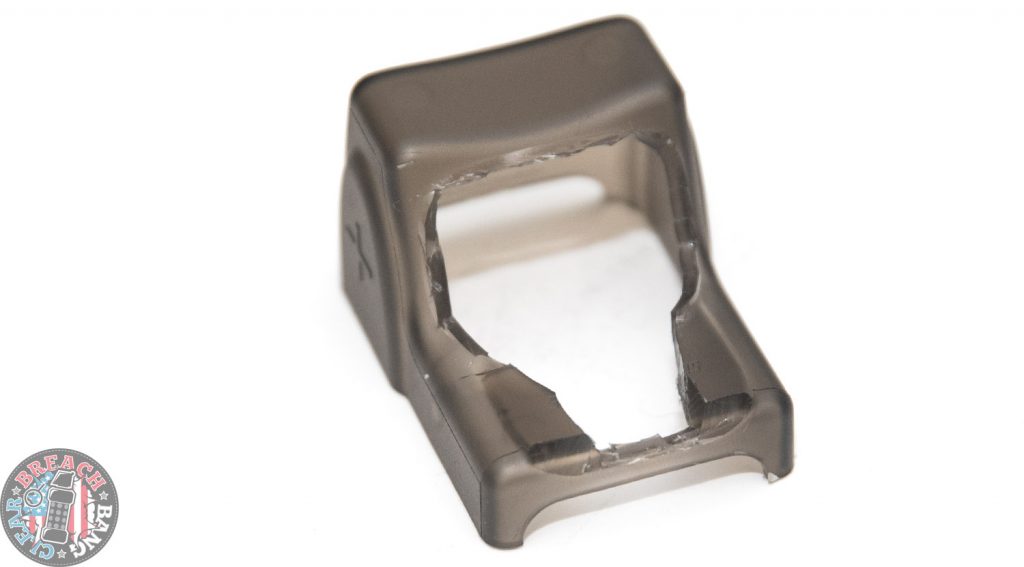 No, it is not pretty. The material of the Jellyfish is tougher than it looks, and it took a pretty sharp knife and some cuticle scissors borrowed from my wife to even do the job you see here. The angled rear was completely removed, the pull tab taken off, and a channel was cut for the rear iron sight. Though cutting off the rear portion means that while the back of the optic can still fill up with detritus, the front window stays protected. While you can now access your elevation adjustment, the Jellyfish will still have to be removed to get to the windage. 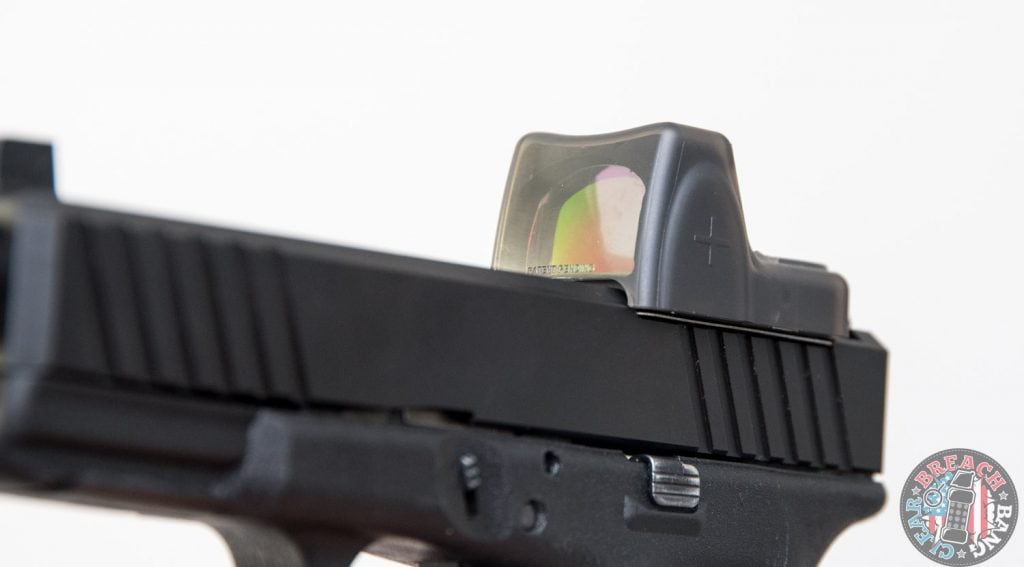 But About That Blob…

Most of the distortion we saw with the dot was from the angled rear portion, which makes sense because the dot is reflected off of the front glass. The window itself is a bit darker because of the color of the Strike Industries Jellyfish material, but half as much as with the full cover.

I wish the material was actually clear to allow for maximum light transmission. The RMR is a fairly robust optic, and the scars don’t bother me all that much. As such, I’m not going to use a Jellyfish aside from maybe when I’m tossing a pile of pistols in a range bag. However, if I was having a problem with brass hitting the optic window, I would strongly consider using an appropriately modded one until that issue could be properly addressed. Either way, it’s a $12 part that I put $2 of labor into. 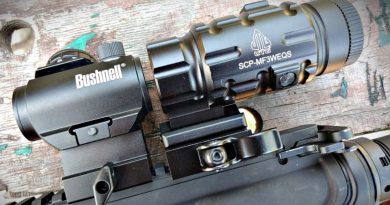 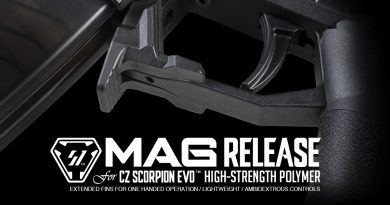