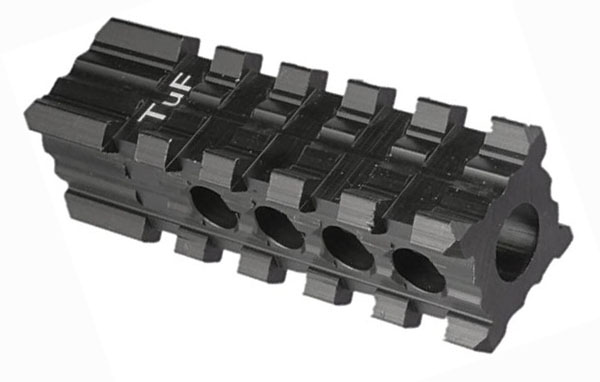 We both love and hate Amazon.com. On one hand it’s mightily convenient for all sorts of products. Scroll through, find what you need, read a review, and click ‘Buy it Now’. Selection for firearms stuff is limited though, and unfortunately they also distribute a helluva lot of Chinese copies and clones of legitimate accessories. It’s not hard to find a shitty airsoft $14 copy of an expensive item. Just another reason to only purchase from authorized dealers instead of supporting intellectual property theft.

But this isn’t about that. This is about something new.

First let’s talk Poe’s Law. Without getting into the origins, Poe’s Law simply means that the difference between an extremist view and a parody are hard or impossible to distinguish without extra information. You know when you watch a dumb video and have the thought “Surely someone couldn’t possibly be that stupid. But then again….”

That’s an example of Poe’s Law. A lot of good parodies are like this.

With this in mind, Behold! and feast your eyes on what we have come across:

No, that isn’t a Picatinny adapter for a mechanical pencil, it’s a muzzle device.

Let that sink in. A muzzle device. With rails. 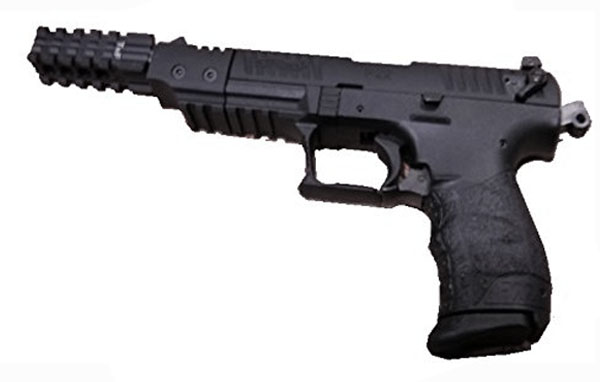 So what should you mount on this magic wonder? They suggest sights. 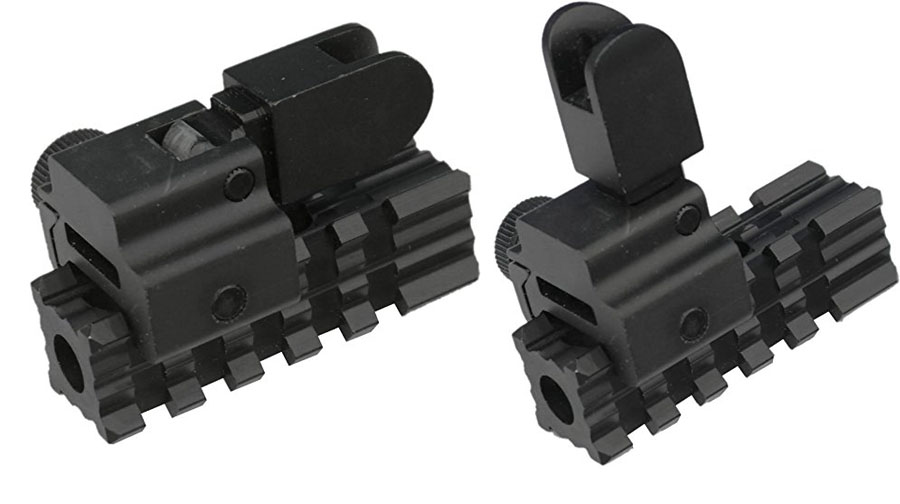 Set aside for a minute that there are holes in the sides, presumably for a sort of mediocre brake effect, that will chew up anything you attach. About a decade ago before the popularity of long forends happened, AR-15 gas blocks with rails attached were popular. Since the railed gas block and the continuous rail from the upper receiver were different heights, manufacturers produced taller gas-block-specific front BUIS so they could actually be used. Attaching a front sight meant for a top rail on a gas block meant you’d max out the height of your front sight before zero could be achieved. Due to these issues, some other companies made railed gas blocks that [ostensibly] matched the height of a continuous top rail so ‘normal’ front BUIS could be used. 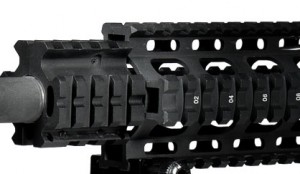 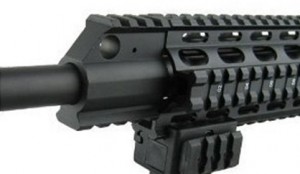 The muzzle device is sold by a company called TufForce. They sell an array of cheap and often re-branded Chinese gear, apparently in a serious manner. But further in the pictures, we get our first indication that this is perhaps a joke entirely: 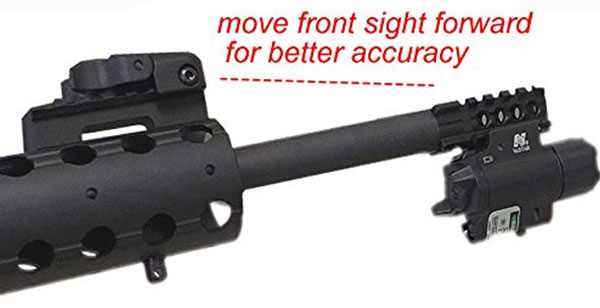 We think you can probably spot the problem here.

To make matters worse, it’s constructed of aluminum. If you put it on something more powerful than a .22lr, the device itself is going to get eaten and chewed up very very quickly. However, we’re confident that anyone dumb enough to purchase this for actual use probably doesn’t really shoot or train anyway…

Whether or not the product was made in jest, some reviewers are taking it as a joke–and we approve. 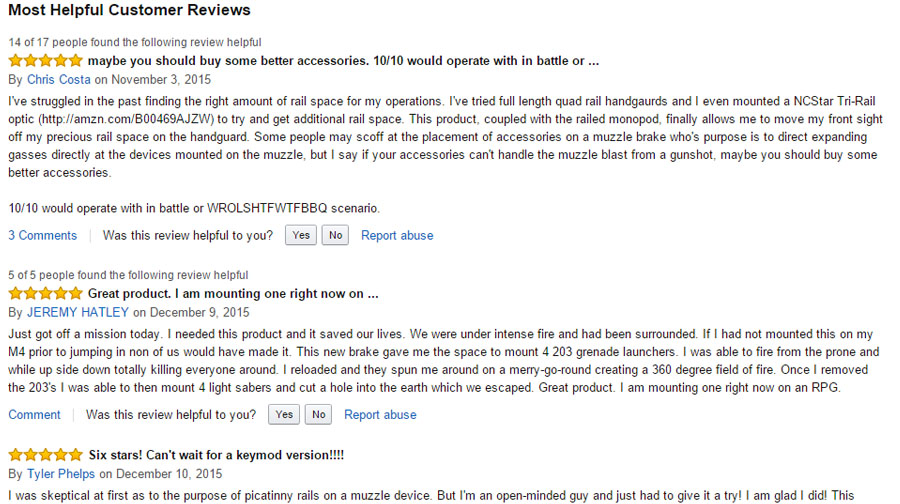 8 thoughts on “Rampant Stupidity or Tactical Trolling? You Decide.”