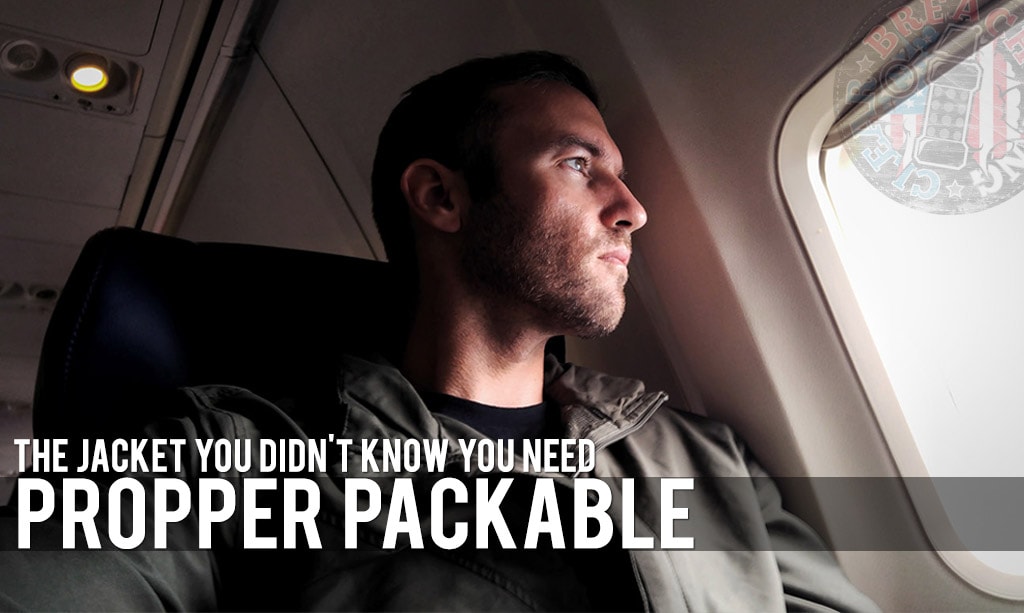 “There’s no such thing as bad weather, only unsuitable clothing” -Alfred Wainwright

Be it due to El Nino, La Nina, Climate Change, Dzahui, or Chi Chongz, weather isn’t always predictable. Hell, meteorologists have all the best and most modern tools available and still get it wrong half the time. Like the good Eagle Scout I am, I still roll by the Scout motto “Be Prepared”. But sometimes that’s a pain in the ass.

I travel quite a bit for work. In the late spring this year I went from a wet Midwest, to 90° scalding sun in the Southwest, to snowfall in the Rocky mountains–all within a 4 day period. Layering is important; but remember, you have to carry all those layers with you, lest you end up in a Walmart at 2am after your redeye lands. I hope you brought a gun.

Packability is important, not only because you have to schlep everything around with you, but also because airlines seem to be ever-reducing the amount of luggage you can bring on without enormous upcharges to wring out every dollar possible. Recently I acquired a Propper Packable Unlined Wind Jacket, and it’s gone with me almost everywhere since. 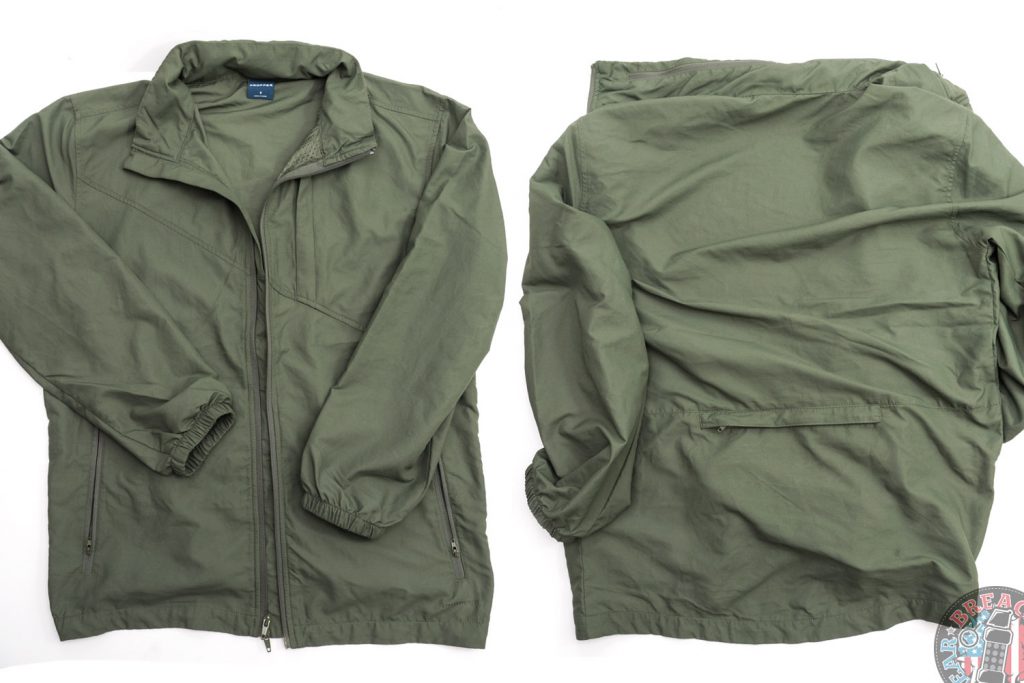 It looks like a fairly basic lightweight jacket, but there’s a little more going on here. It’s full zip, sports four pockets including a slash chest pocket that’s easy to access with your right hand (sorry statistically-insignificant lefties!), and has a hood that zips out from the collar. Likely because it’s meant to be used with layers, the sizes seem to run a bit large. For reference, I’m 5’11” and ~160lbs and a medium was too generous. Small was about right. 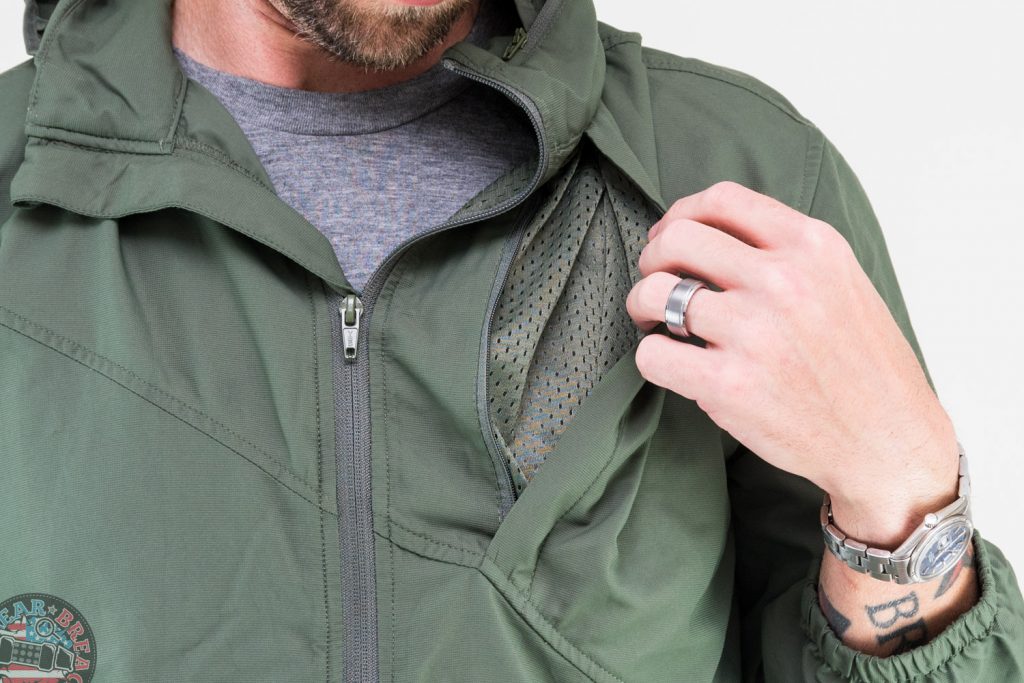 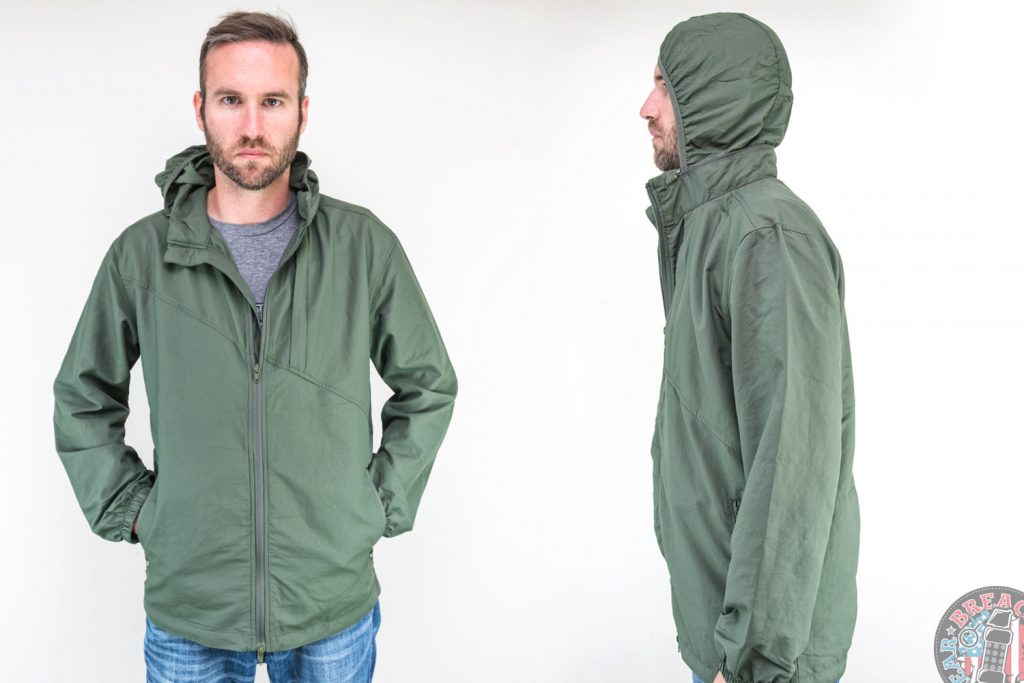 What really makes this jacket stand out is the ‘Packable’ part of the name. The whole thing stuffs down inside the back pocket. 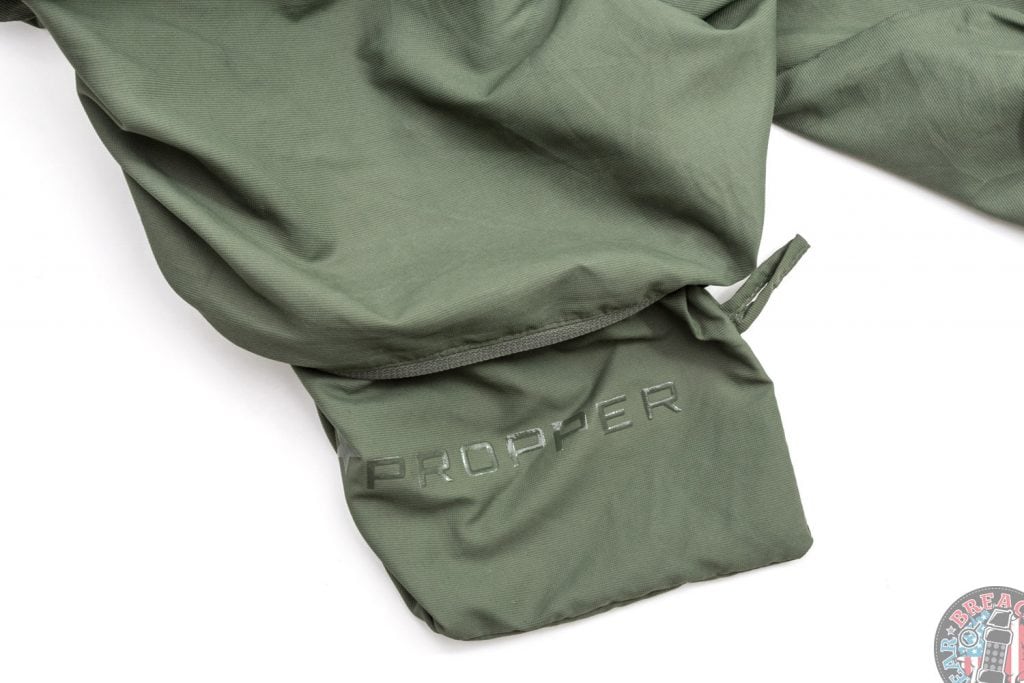 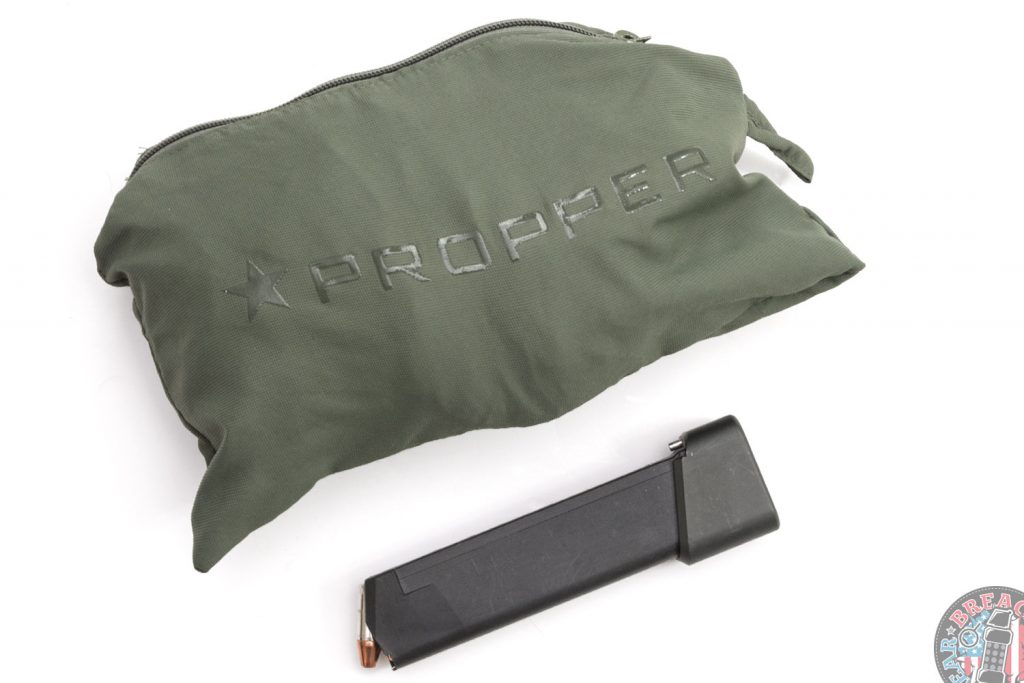 It has a little tab so you can hang it from a carabiner, and it can be further squished down to be stuffed into almost anything. Think cargo pocket and you’re on the right track. 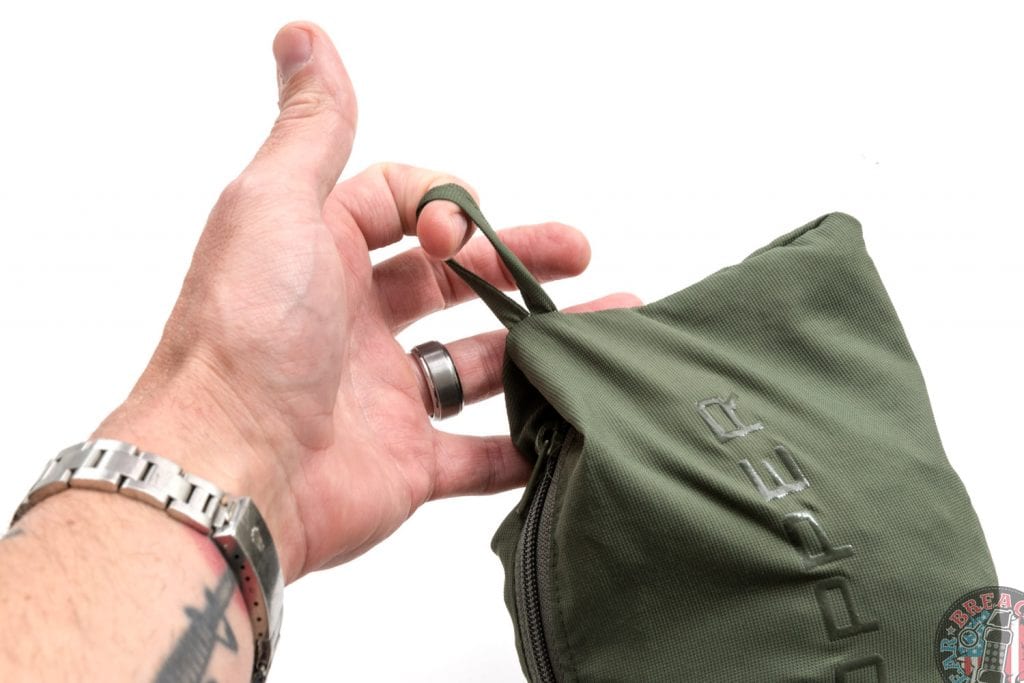 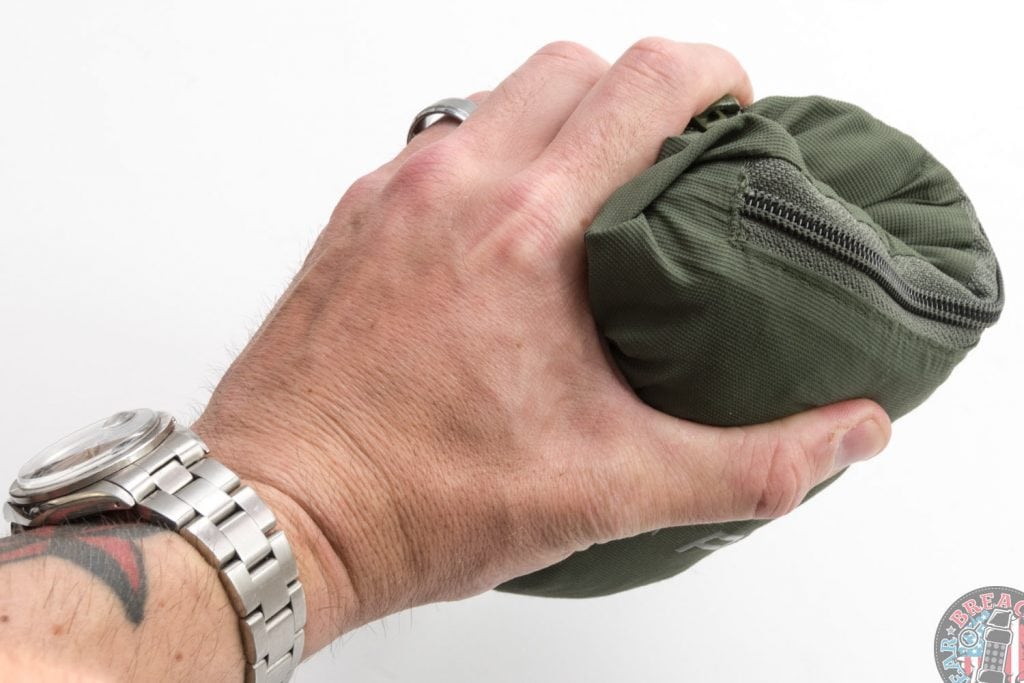 Unpacking is a snap. Pull the zipper and simply pull it out. Done.

I find it especially useful inside a carry-on bag. It can be 110°F outside so you don’t think you need a layer and then it’s 65°F inside the airplane. That feels fine at first, but not when you’re on a plane for an extended period of time. Personally, I like to don it just before boarding and stuff my cellphone, headphones, and external batteries into the pockets. No rummaging around above in the overhead bin for this guy. 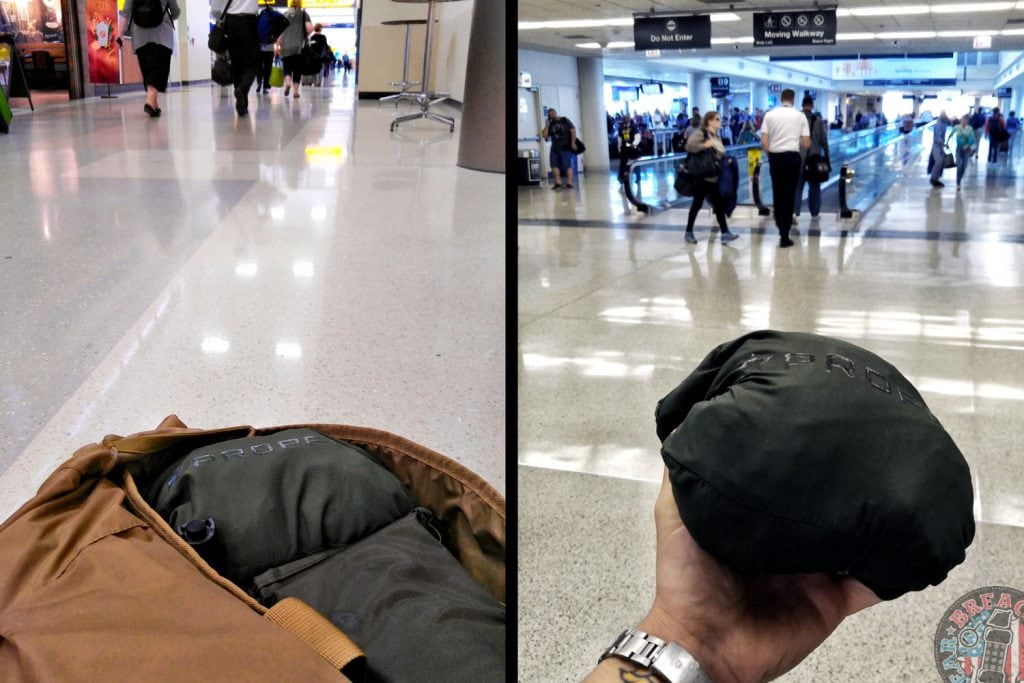 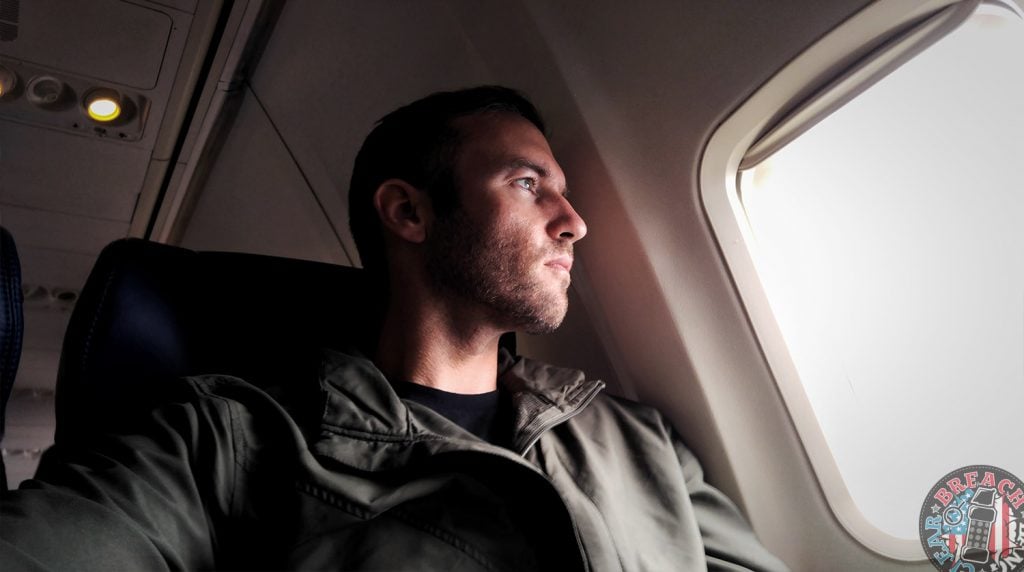 In addition to the carry-on bag, having one in a vehicle is great too. Like for the times the weatherman says it’s going to be unseasonably warm but the temps start dropping while at the pumpkin patch with your toddler. 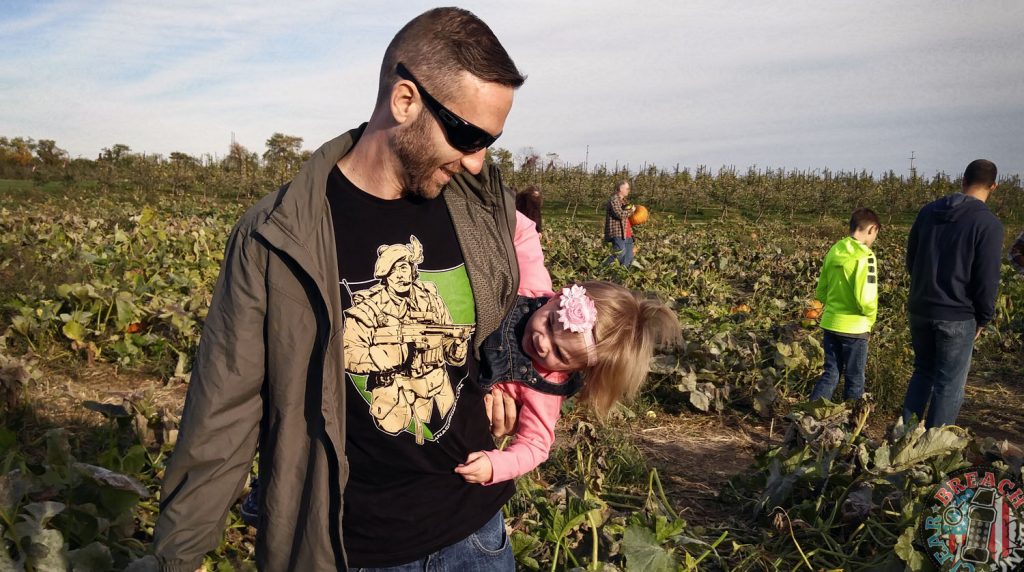 This Propper Packable jacket not an end-all solution, it’s a lightweight layer. While it’s certainly more utilitarian than fashionable, function is always king. Because of its size it can always be available, and at $35 a pop it shouldn’t be too terribly hard to have more than one stashed away. 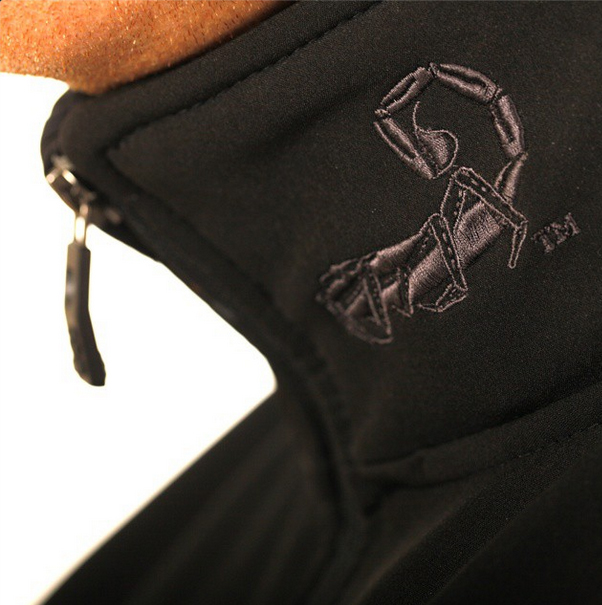 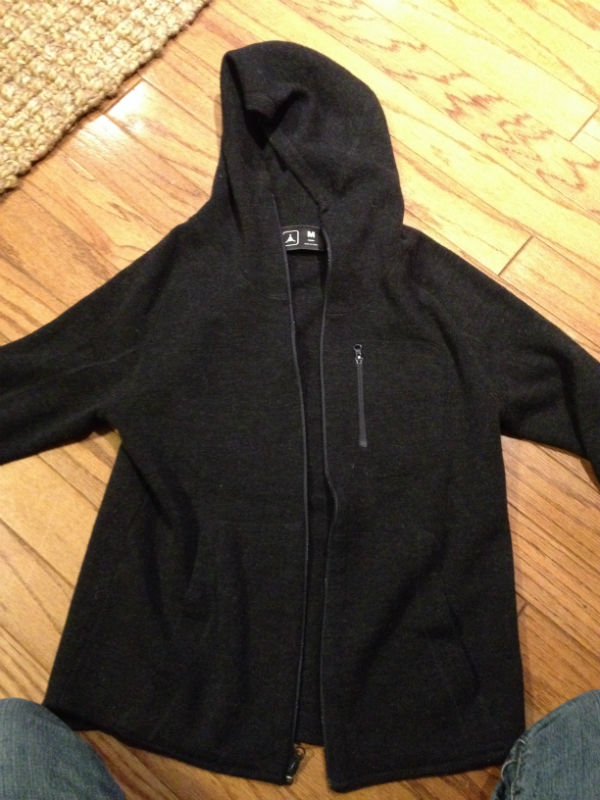 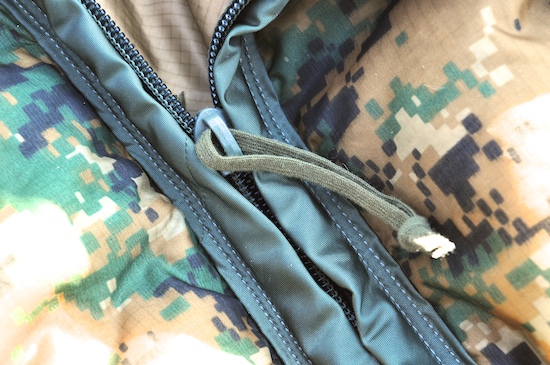 The USMC Does Something Smart | Devildogs Get A Zipper

3 thoughts on “The Jacket You Didn’t Know You Need: Propper Packable”