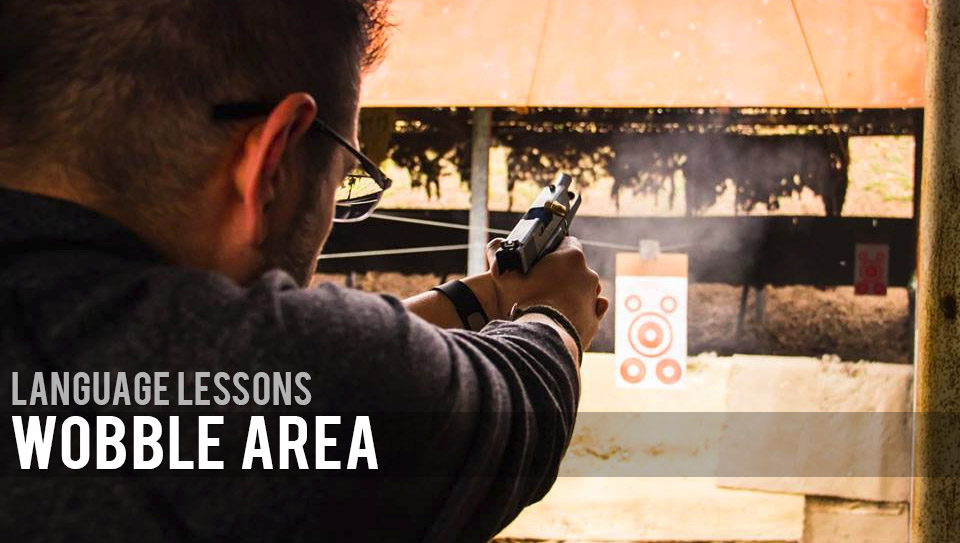 You got a red dot on the shootin’ iron? Get in the wobble zone.

Language Lessons: Get in the Zone

AKA: Arc of Movement, Wobble Zone

Application(s) of Use: Any type of shooting where concentrated aiming is applied. Rifle shooters most often use the term Wobble Area, whereas pistol shooters use the term Arc of Movement. Both are essentially the same.

Definition: The unintended natural movement of the weapon while aiming at the target.

Why it Matters: While shooting a pistol or rifle at further distances and/or from unsteady positions, a large wobble area can be the reason for a miss. Factors that affect wobble area are: stance, grip, position, breathing, and trigger control. Wobble area can never be completely eliminated, so the goal is to minimize it. By reducing the wobble area, you increase hit probability.

Any angular deviation of the muzzle is exponentially amplified as distance to the target increases. So while it might not matter so much at copulating distance, if you need to zap someone from 100 yards away one-handed while holding horses in the other it matters a helluva lot more.

“Whether it’s a rifle or pistol, long range or short, whenever you try to hold that gun still to make your shot, everyone and I mean everyone is going to have wobble. Nobody on this planet holds that gun perfectly still. With training, practice and some experimentation you can learn techniques or use certain equipment to reduce the size of that wobble, but that wobble will always be there.”

Into the Weeds: Now that you know wobble area is an antagonist we can’t eliminate, let’s discuss how to reduce it. Improving your marksmanship fundamentals will help minimize the arc of movement. Below is a brief overview of fundamentals to work on when trying to minimize the wobble area.

Stance: When you’re shooting from an unsupported position (i.e. off hand), your stance is extremely important for a controlled, well-aimed shot. No one is built the same, so when figuring out the best stance, take into account your body type and muscle strength. According to the Army Marksmanship Training Guide, stance must provide “The greatest possible degree of equilibrium and stability in the body-weapon system with the least possible strain on the shooter’s muscles.”

Grip: No matter the weapon platform, your grip must provide the greatest amount of control while also being as comfortable as possible. The type of firearm you’re shooting will determine the type of grip you need.

Position: Similar to stance, a good body position allows for positive control of the firearm. A position which allows the shooter to return to the same spot after every shot lends to consistent follow-up shots. When muscles are straining to pull the firearm on target, your position is compromised. The natural point of aim is where you want to be, in regard to position. Learn more about acquiring a natural point of aim here. If shooting supported, build a position that’s as stable as possible. While shooting prone is the most stable rifle shooting position, situations may dictate shooting off a barricade, from a knee, sitting, etc.A general rule of thumb: the more points of contact, the better. Practice shooting in awkward positions so you can learn how to build stability to mitigate wobble area.

Breath Control: Every breath slightly moves the firearm. When taking a well-aimed shot, don’t hold your breath to the point of visual acuity loss. It only takes about ten seconds of oxygen deprivation until your visual acuity starts to deteriorate. Once you’ve gotten your natural point of aim (which is found upon exhale, when muscles are relaxed), your sights should always return to the same position when you extend your normal respiratory pause. Extending your normal respiratory pause makes the firearm as immobile as possible and reduces the wobble area. Depending on your target and the type of shooting you’re doing, you can get away with more or less breath control.

Trigger Control: If you’ve ever shot a gun, you have probably heard of trigger control. This aspect of shooting is easily over-analyzed and recently has been subject of much debate. Our recommendations is to just squeeze it with the same amount of pressure you’d squeeze a nipple. Because boobs. Apply the same amount of uniform pressure as you slowly pull the trigger straight back. With a deliberate trigger squeeze, the natural wobble is not disturbed. Timing the shot with your natural wobble is important for precision shots. Prep the trigger as your natural wobble is coming back into the center of the target so that the shot goes off when the sights are in the center.

One drill to help identify your wobble area is to use a laser while dry firing. Putting a laser on your gun when you dry fire will help point out how much your muzzle really is moving in relation to the target. This works best for guns with iron sights and rifles with non-magnified optics. At longer ranges with a magnified scope or red dot equipped handgun, the wobble area will be very apparent.

In Summary, the wobble area is unavoidable. You can reduce it, but not without improving on the fundamentals.

Question for the Crowd, What drill(s) do you use to improve on the fundamentals? 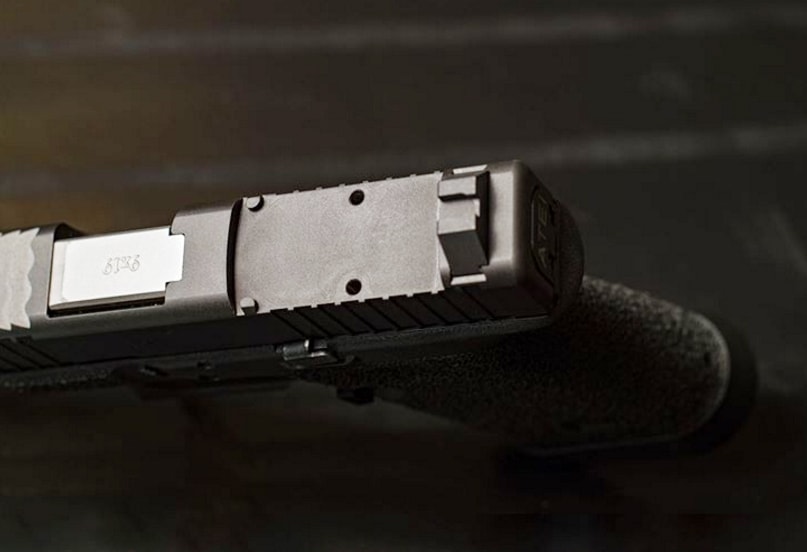 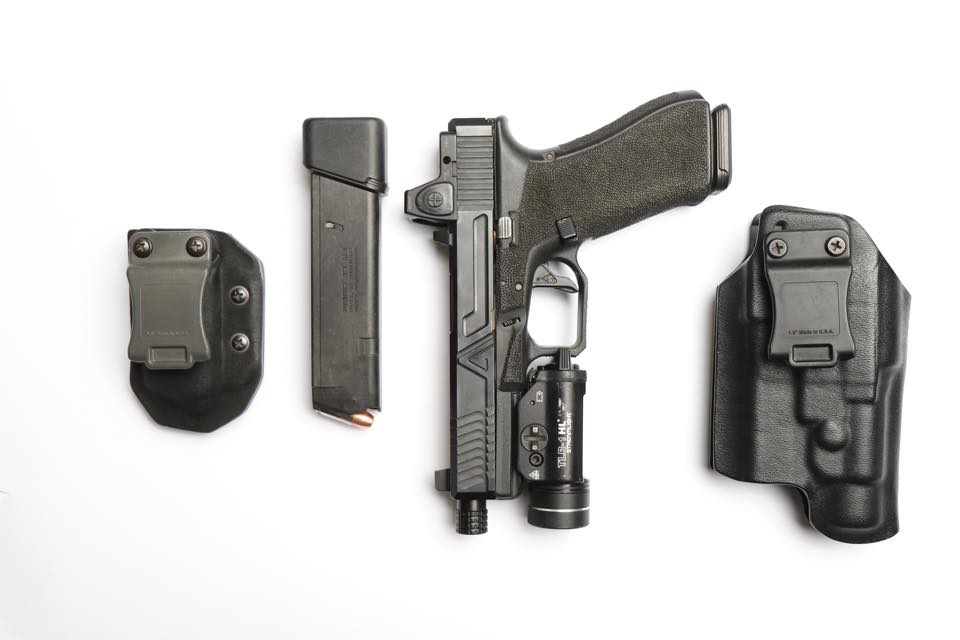 A White Paper on the RDS Equipped Handgun | Sage Dynamics 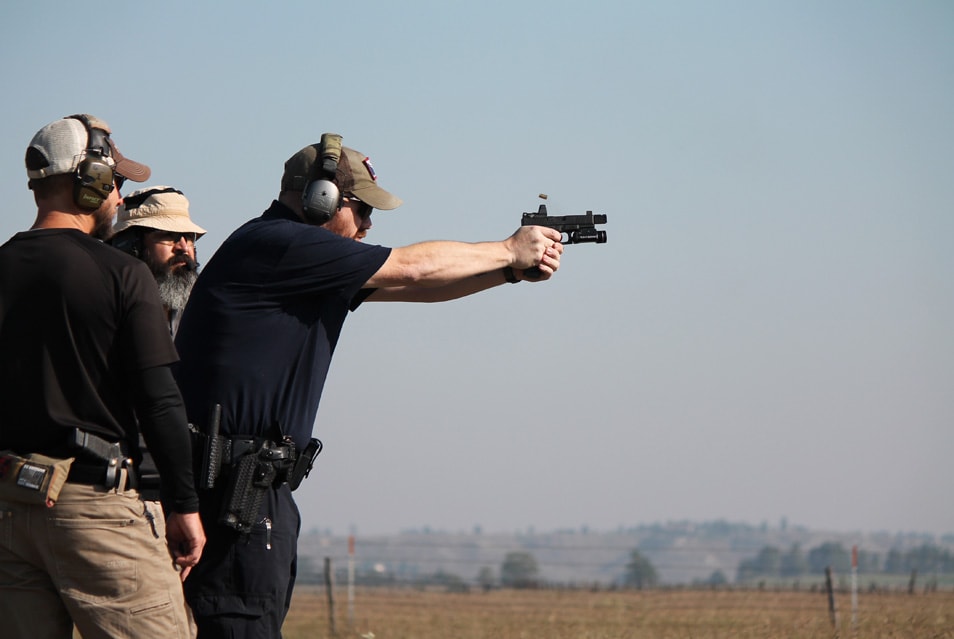