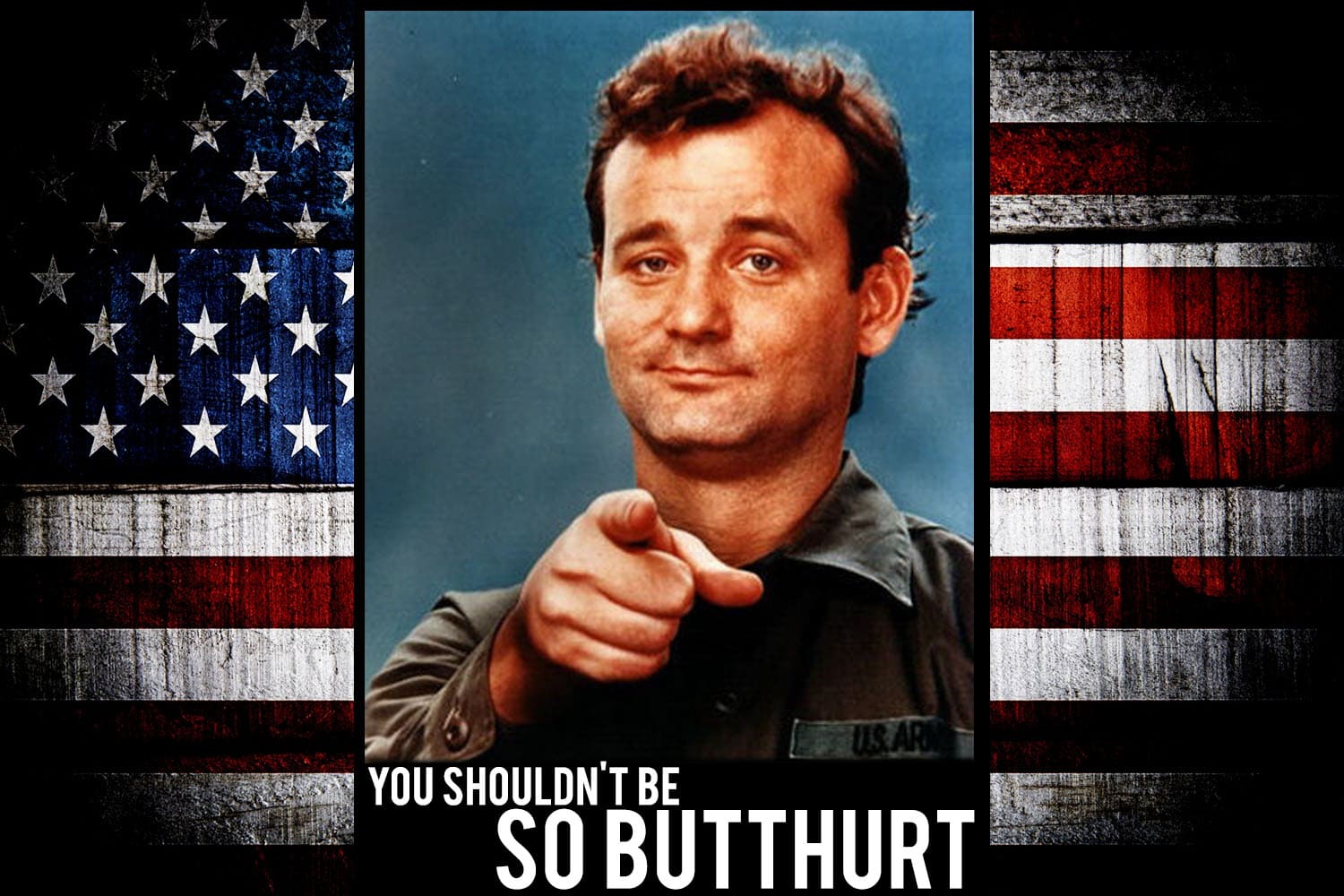 This should certainly stir up some conversation. Pete wrote it after some thin-skinned folks in the industry apparently got butt-hurt about the April Fool’s joke on Soldier Systems Daily on Monday (our word, and Pete’s, not SSD’s). We recognize SSD is an industry leader and people rely on it to stay abreast (*giggle* a breast) of what’s new in the defense/tactical industry. That said, if you were so unhappy about his joke you really need to rethink things…possibly even throat-punch yourself. SSD apologized, and we respect their self-analysis. If the editor there believes he should apologize, who are we to refute that? Still…it was the first of April…are you mad about disinformation, or are you mad because you fell for it and you feel foolish?

The screenshot from an 80s Bill Murray movie certainly lent it verisimilitude, but stil…

In any case, the next question is, what does it matter anyway? If even “light infantry” guys are piling off a helo wearing and carrying enough gear to crush the average Somali, do they even need a camo pattern? (It will be interesting to see the reaction to this post – there will be those who don’t understand what he’s tacitly saying….but that’s okay, as long as we have a conversation.)

In light of the reported butt-hurt going around after SSD’s April Fools’ post on the Army returning to OD utilities, I had a thought.  What the hell are we spending millions of dollars on Camouflage Improvement for anyway?

Yes, I know, the UCP doesn’t blend into anything.  I got to see that first hand at the Combat Tracker course several other Marines and I attended in 2007.  There were several Army students in the course, and we got an up-close and personal look at just how well UCP stands out in grassland, desert, and woodland.  We laughed.  A lot.

The point is, with our present model of operations, where the average grunt carries at least 3/4s of his own bodyweight in gear and armor, camouflage has become a moot point.  When you’re stuck lumbering along, upright, through open terrain thanks to the weight and bulk of your gear, it doesn’t matter what you’re wearing.  You’re going to stand out.  Camouflage clothing doesn’t render you invisible by virtue of its being camouflage.  (I’m reminded of an old Scoutmaster, waving two camouflage shirts indoors like semaphore flags, calling out, “You can’t see ‘em, they’re camouflage!”)

I know it’s a political decision, just like the political decisions that got us into this overloaded operational cluster.  UCP was picked over Multicam in the first place because of political connections.  But before we fix the camouflage, shouldn’t we be looking at whether it’s going to do any actual operational good?  If we want to use camouflage, shouldn’t we adjust SOPs and ROEs so that it can actually be used as intended, to make soldiers and Marines harder for the enemy to see, and therefore harder to hit?

As long as our guys are lumbering up-armored stormtroopers, camouflage is nothing more than a fashion statement.  We may as well be wearing red like the lobsterbacks in the 1700s. 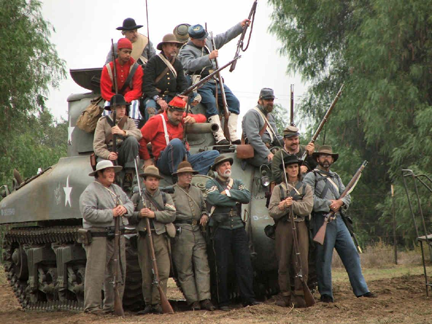 [Still not allowed to put hands in pockets – and they still need reflective belts.]

bout the Author: Pete Nealen is a former Reconnaissance Marine, a combat veteran of both Iraq and Afghanistan and the author of several books. A contributor here at Breach-Bang-Clear for many years now, Pete is a bad ass writer who continues to make the Duo’s efforts look pale and feeble (if less gritty and jaw-clenching-y) by comparison. You can follow Nealan on his own blog, American Praetorians. We encourage you to do so here. His author page on Facebook is at https://www.facebook.com/PeteNealenAuthor. If you’d like to read some of his books, you can start the American Praetorians series (about a PMC in a post Greater Depression dystopia now 4 books long) with Task Force Desperate. He has a standalone action novel called Kill Yuan, which you can find here. You could also do worse than to start reading the Jed Horn series (a supernatural shoot ’em up series now on its 3rd volume) with Nightmares, then proceed with Silver Cross and a Winchester and Walker on the Hills and . His fiction is widely claimed for the realism of its combat scenes — this is no doubt because he hangs around with us. It could also have something to do with his skill as a writer and his background (multiple deployments, qualifications as a Combatant Diver, Navy/Marine Corps Parachutist, Marine Scout/Sniper and S/S team leader, Combat Tracker, et al). Continue below to see the only picture of Nealen smiling. Ever.