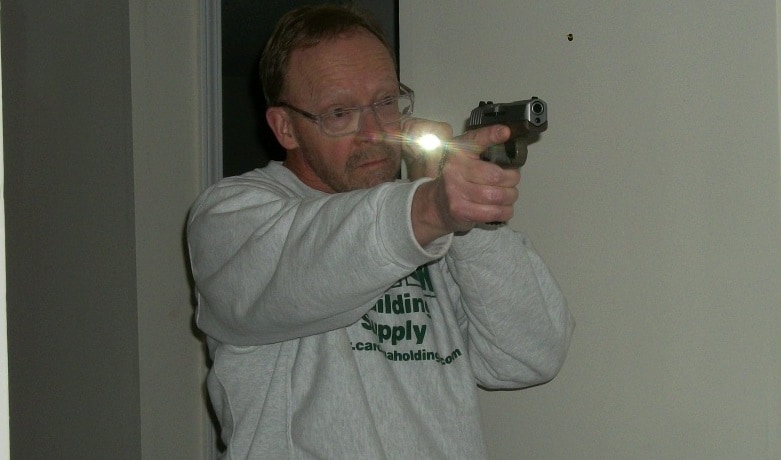 This article originally appeared on  tacticalprofessor.  It appears here in its entirety with permission with the good professor’s permission. Mad Duo

As originally seen on tacticalprofessor.

Several Negative Outcomes were brought to my attention this week. One was yet another incident of someone shooting their spouse, thinking it was a burglar. She died as a result of one shot to the chest.

The husband told police it was an accident. He told officers he woke up around 4:15 Saturday morning and heard noises in his house … He told investigators he grabbed his gun and when he saw a light on and someone standing in the distance, he took a shot. He said the person he ended up hitting once in the chest was his wife.

This sad situation bolsters my contention that when we pick up a pistol at home, we have to pick up a flashlight at the same time. That’s why I made flashlight shooting an integral part of The Tactical Professor’s Pistol Practice Program. To get some repetitions in and reinforce the habit for myself, I went to the range this week and shot the entire NRA Defensive Pistol I marksmanship program using a flashlight. 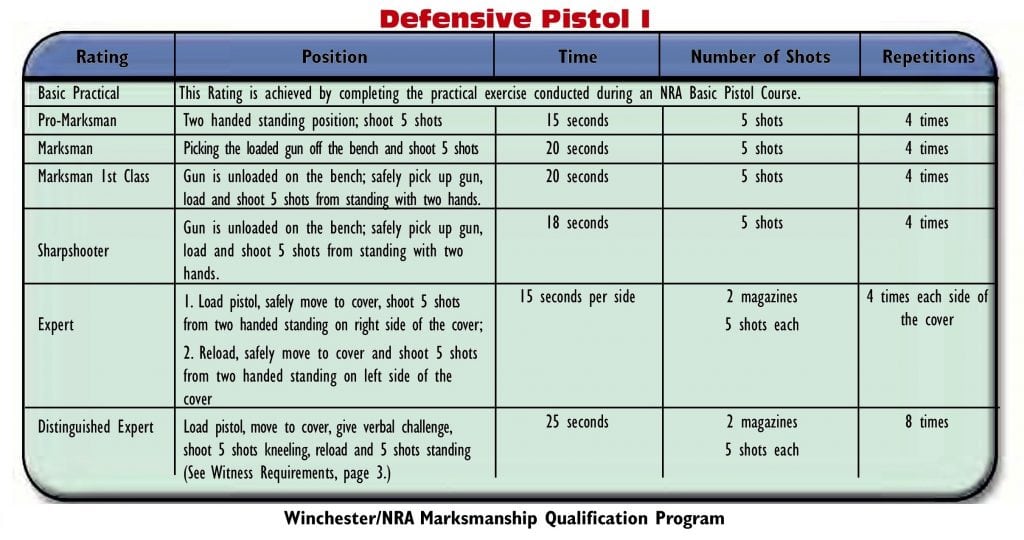 As a curiosity, I also used a timer instead of going by the PAR times in the program. The pistol I used was a Beretta Jaguar in .22 Long Rifle. Many in the industry poo-poo the .22 as a defensive tool but .22s have worked for me. An aspect of .22s I like in the practice context is that shooting several hundred rounds in one session isn’t punishing, either physically or financially. I shot it at my gun club but the way Defensive Pistol I is structured, it can be shot at just about any indoor range. That’s an aspect of the program I really like.

What I did was to have my pistol, my flashlight, and the timer on a stool in front of me. The target was downrange at the specified seven yards. 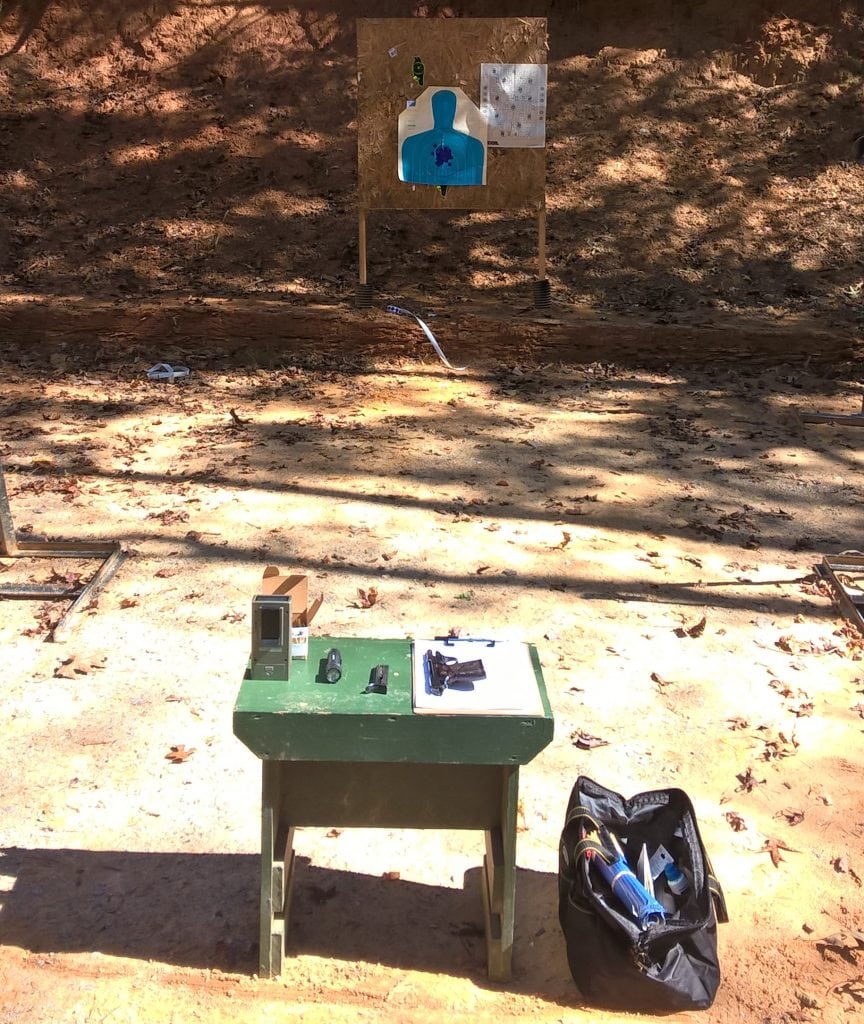 The target was a B-27 with the NRA AP-1 8 ring and X ring marked on it with a template. 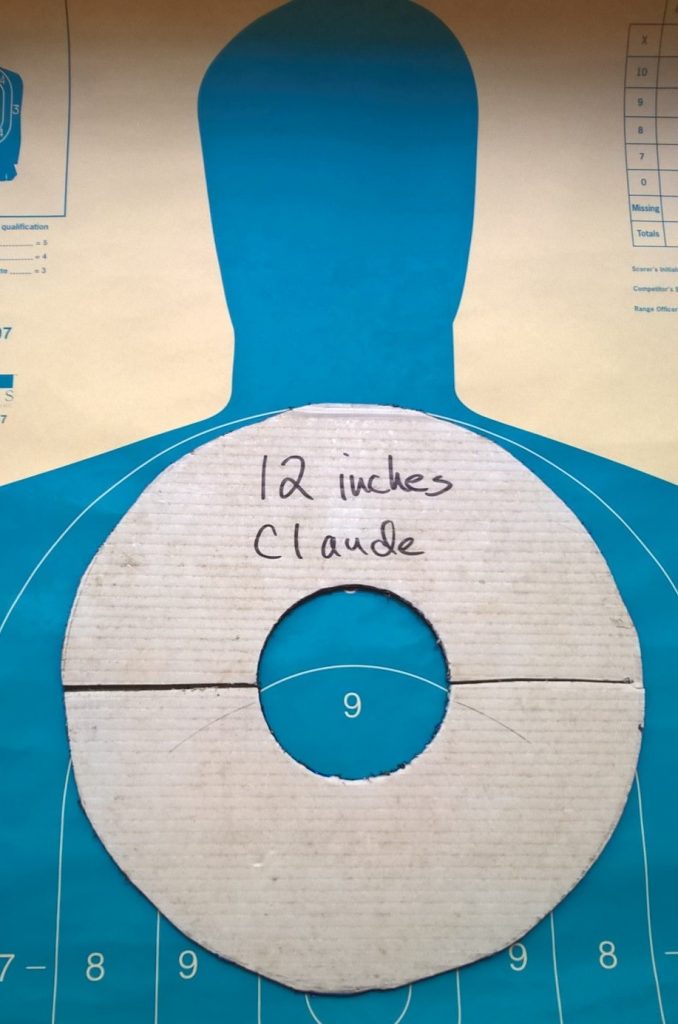 When the timer went off, I would pick up my pistol and flashlight simultaneously, assume the cheek position, and then shoot the specified string of fire. For the phases requiring loading the pistol on the clock, I picked up the pistol and magazine, loaded it, and then picked up the flashlight. After each string, I recorded my times. The NRA provides a scoresheet but it is set up for Pass/fail scoring, so I made my own scoring matrix. 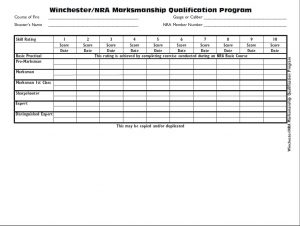 I checked the target after each string to make sure that I had the required 100 percent hits. At the end of each phase; Pro-Marksman, Marksman, etc., I marked the target with blue dots to cover my hits.

For most of the program, I used the cheek technique.

The Expert and Distinguished Expert phases require shooting from behind cover. There weren’t any barricades readily available so I used the dueling tree in the bay to simulate cover. 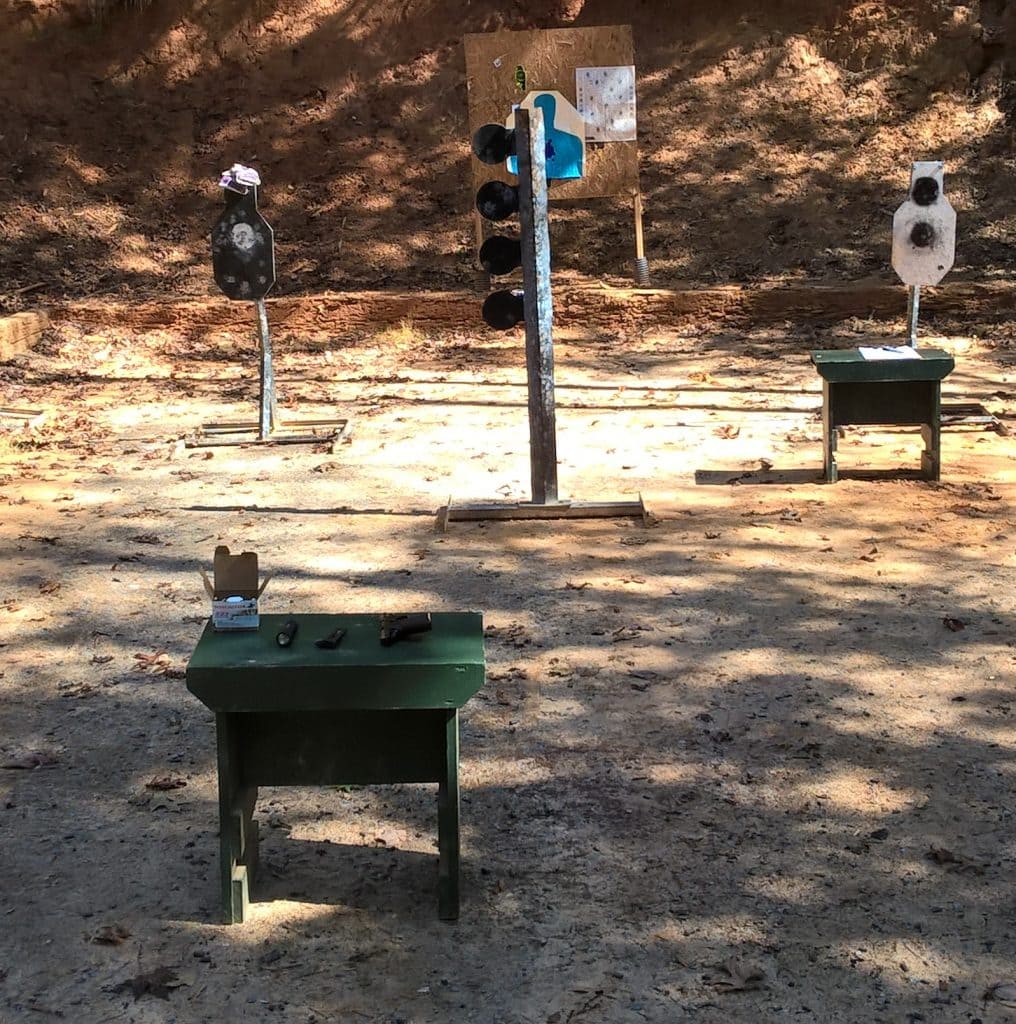 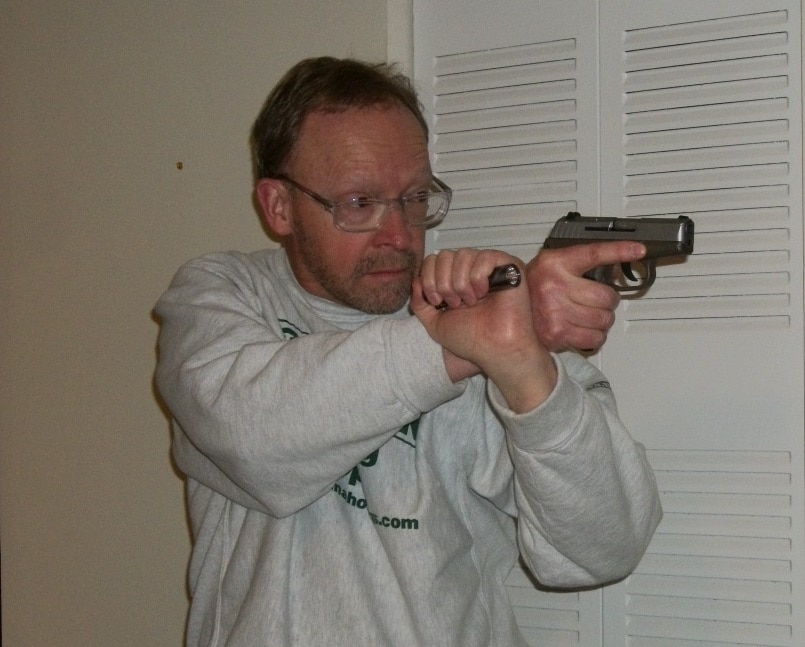 The Distinguished Expert phase doesn’t specify shooting around both sides of the cover. However, it does requires eight runs instead of four, so I shot four around the right side and four around the left side.

I was able to maintain the 100 percent standard and got a good idea of my times to accomplish each Phase. 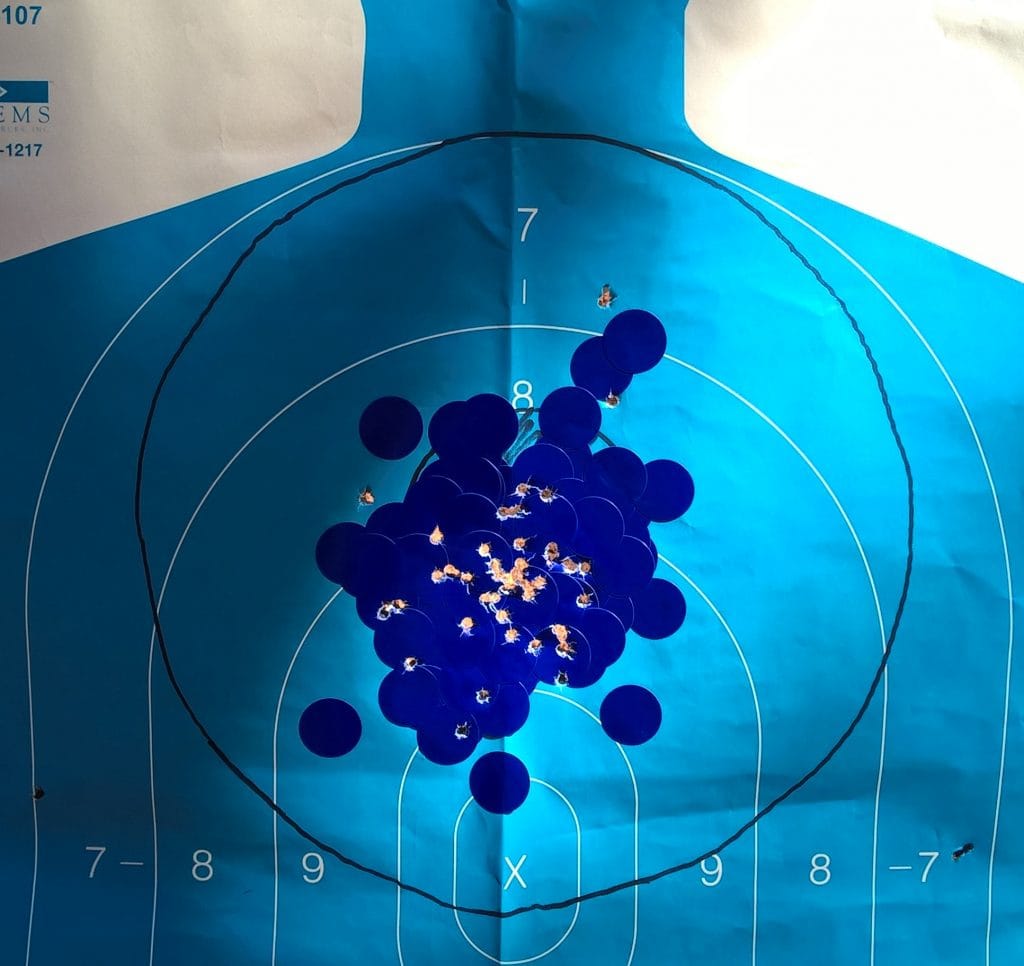 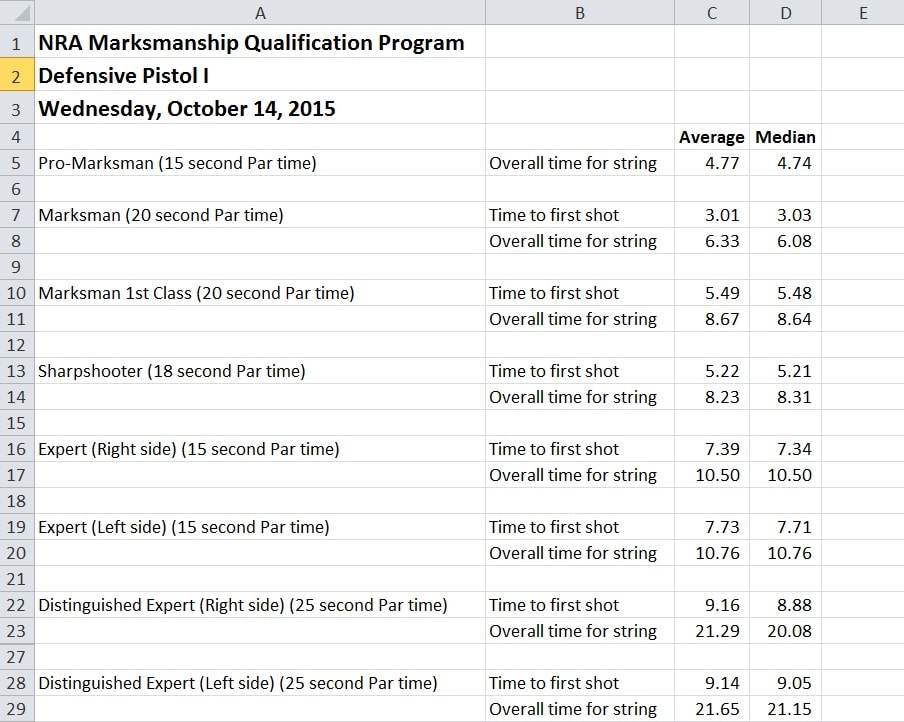 To finish off the day, I used the dots to create some eyes on the target. Then I shot a couple of groups at five yards. 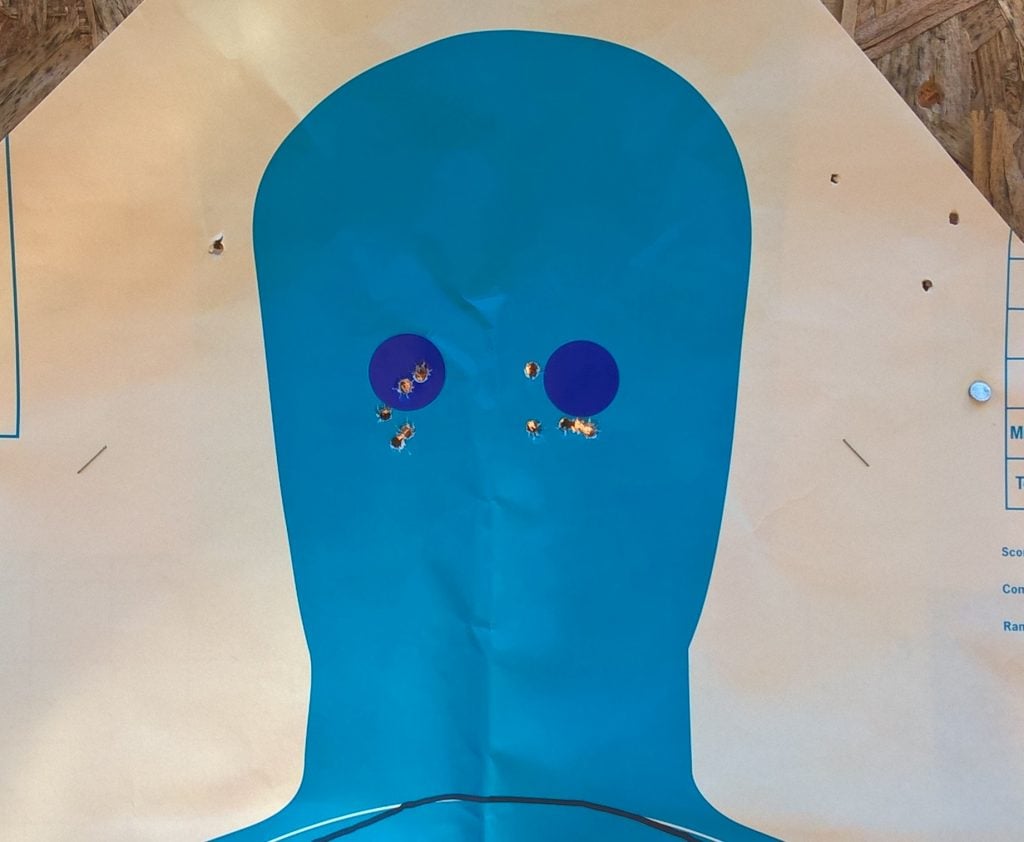 Getting in relevant practice isn’t necessarily hard; it just requires a little creativity and forethought. 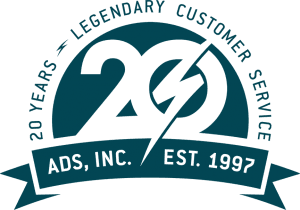 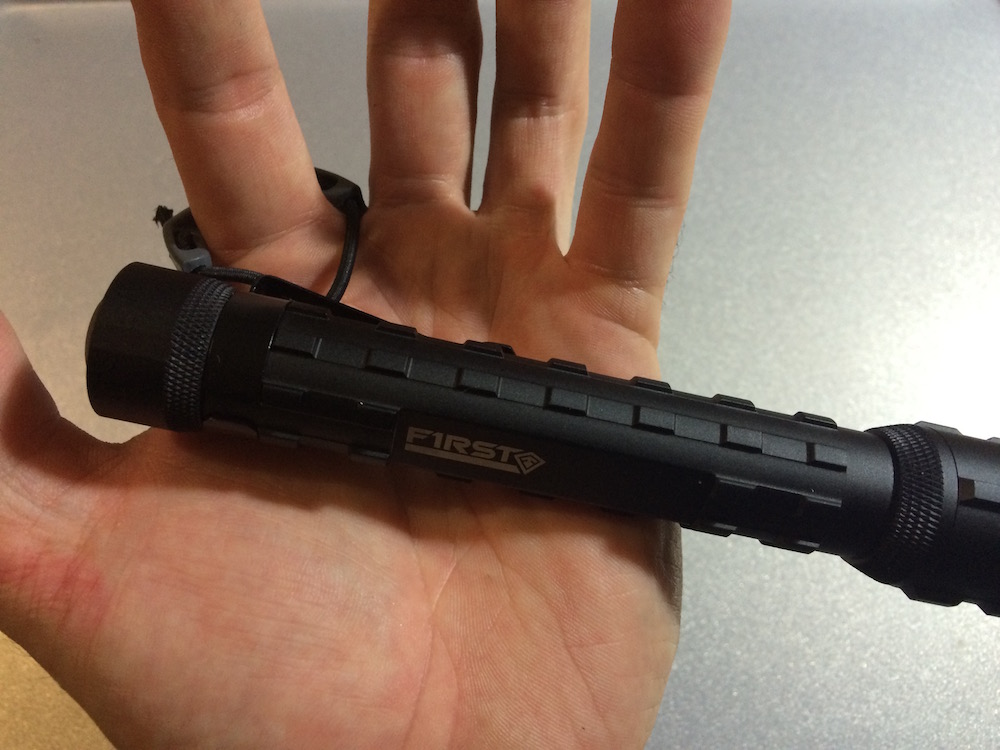 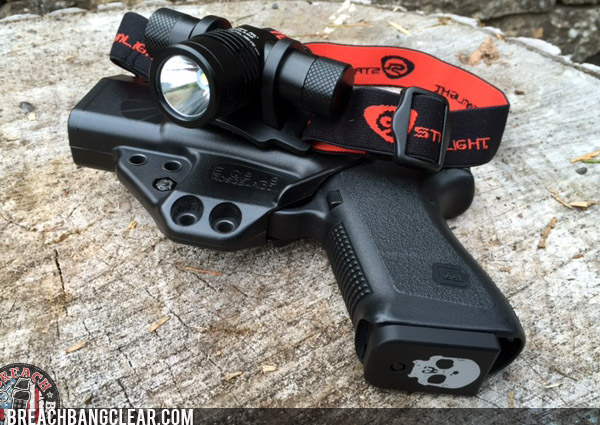 2 thoughts on “Friday Fundamentals 04 – Shooting With a Flashlight”