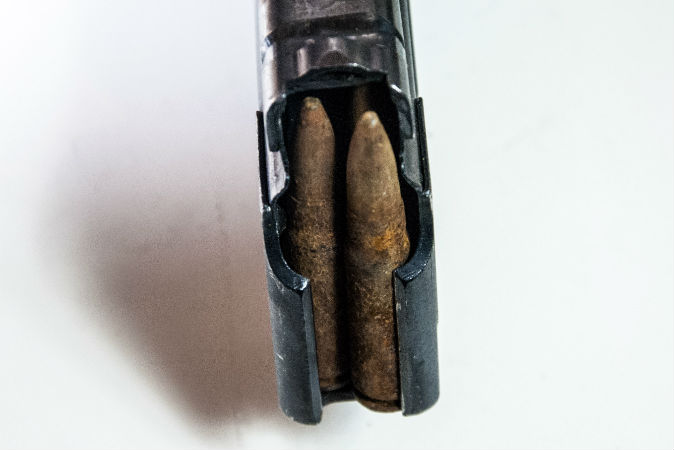 Now a few words from Mad Duo Merrill, whose love of interesting hats is second only to his willingness to shoot just about anything that will go bang. Mad Duo

A few weeks back I found something interesting in the bed liner of my truck: some loose 7.62×39 ammo. To say that it was in bad condition would be an understatement; it looked like it was covered in some science fiction living Soviet moss. Even the projectile was covered in rust, WTF? As evidenced by NASA’s Curiosity rover, the surface of Mars is less orange than this ammunition. 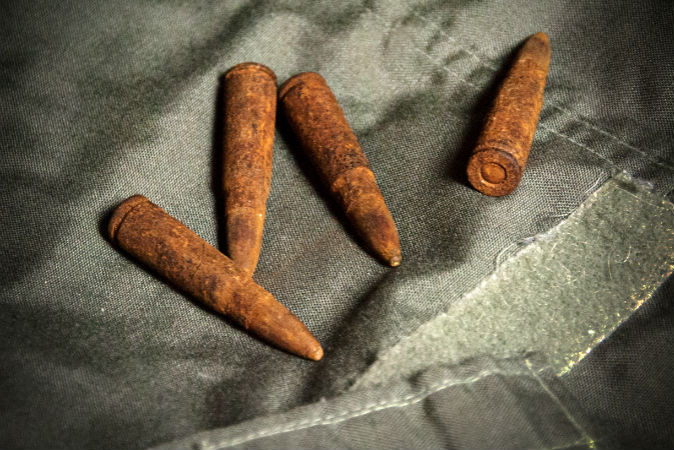 Overseas, found weapons caches are often evaluated in order to get an idea of the competency level of whoever placed it. A well packed, lubricated, and sealed cache shows an educational of at least grade school. This ammunition, exposed to the elements for literally years, falls someplace between, ‘dumbass kids’ and ‘ballsack stupid’.

Initial inspections lead me to believe that this was once 154gr soft point 7.62×39. A quick once over with a wire brush confirmed this to be the case.

Of course, I gotta try to shoot it.

At this point it should probably mentioned that this shouldn’t be tried at home. The risk of an overpressure event is fairly high (assuming ignition can be achieved)–ruptured casings, popped primers, squib rounds and more. When pressure goes where it isn’t supposed to, not only can your test rig be destroyed but your eyes and fingers along with it.

After cleaning a few rounds I wanted to see if these would even be viable. One round was selected, the projectile pulled and the powder set aside. The base of the projectile was clean (that says something about the thick goop that’s used for sealing), the primer popped, and the powder burned. All of this points to [possibly] functional ammunition. 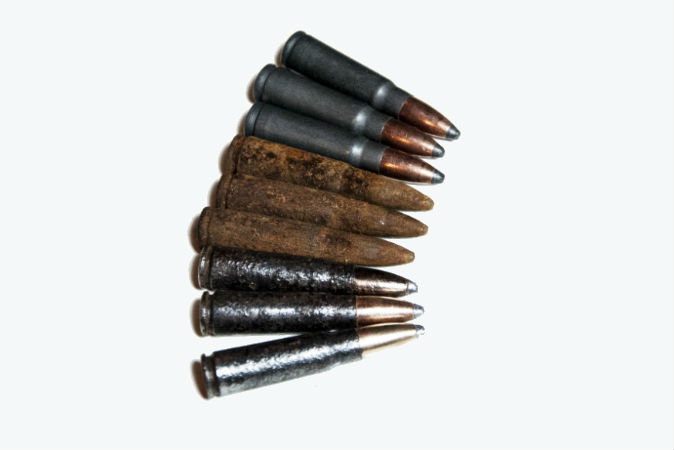 Next step was to find a test rig. No, I didn’t want to just go shove this into an Arsenal or Clayco and let it rip (remember that part about the dangers of overpressure?). After rummaging around in the back of a safe I found it: The. Perfect. Test. Subject.

As you can see from the blueprints, it was manufactured to exacting specifications. Never mind that it doesn’t have a front sight or hand guards, that the top cover has a slot in it for a non-existent left handed bolt carrier, or that the rivets appear to have been done by a six year old. None of that matters in this case. Built from junk parts? Check. Short barrel that meant a squib would be more likely to leave the barrel? Check. Sixty dollars invested more than a decade ago? Triple Check. 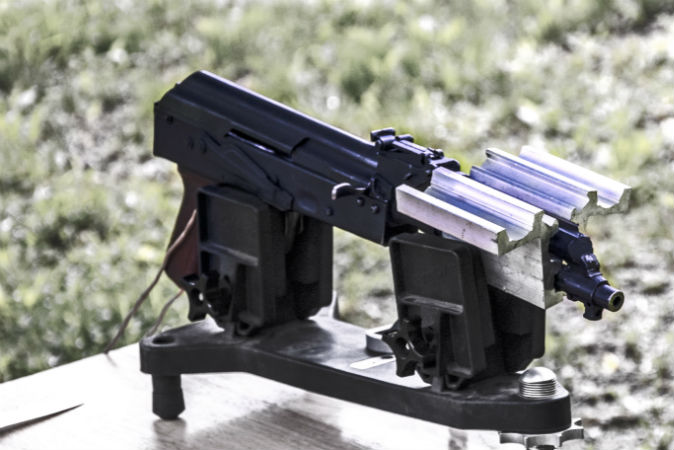 With the ammunition cleaned and an expendable firearm that accepts the caliber found I fabbed a precise scientific test rig: A lead sled, some barrel clamps so the front end stays in place, and a loooong piece of 550 cord. Range time!

Pistol was setup on collapsible table, in lead sled, close to and pointing at a large berm.

Though a ten round magazine was inserted, it served only as a guide.

Only one round in at a time to reduce secondary explosions in case of an overpressure event.

550 cord was looped through the trigger to act as a remote firing device. 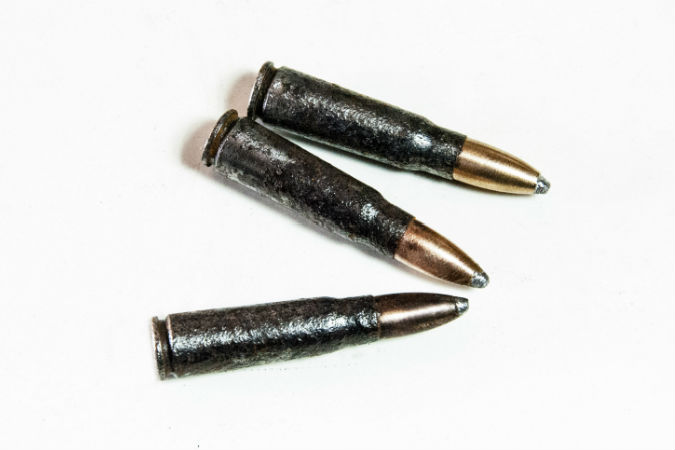 The ammo worked! (Kinda). Simple chambering was hard to accomplish. Even with all of the obvious corrosion cleaned off it sometimes took a hammer to seat the round. Not good, not good at all. Once again, don’t do this!  While it allowed the ammunition to be tested, it also increased the chance of an explosion. Flirting with disaster with live ammunition is almost never warranted. Extraction simply did not happen without the aid of a hammer and sometimes a knife. Looking at the video, the bolt carrier moves back maybe a quarter of an inch before completely seizing up.

At one point in time the small collapsible table used to hold the rig was physically knocked over by the muzzle blast. While this was immediately corrected by placing some weight on the base of the table, it further demonstrated that only having a single round in the rig at a time was a good decision for safety purposes.

No target was placed in front of the test rig so how the projectiles flew could not be evaluated.

Inspection of the spent casings showed cracks in the case neck, a classic sign of overpressure. Enough to blow up the gun? Not in this case. Had testing continued beyond the half-dozen futzed rounds available it may have. 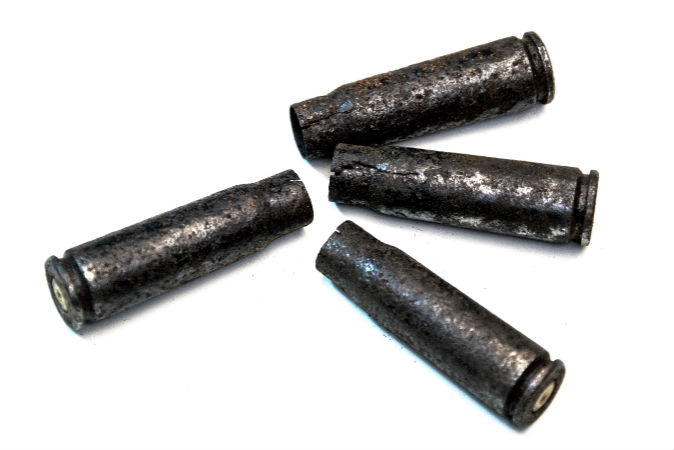 While Russian casings leave much much to be desired in regards to environmental fouling, the sealant used on the neck and primer managed to keep the powder dry and primer functional even over the course of years.

I really should clean out my truck more often. 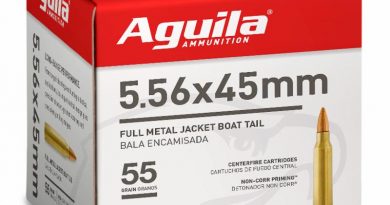 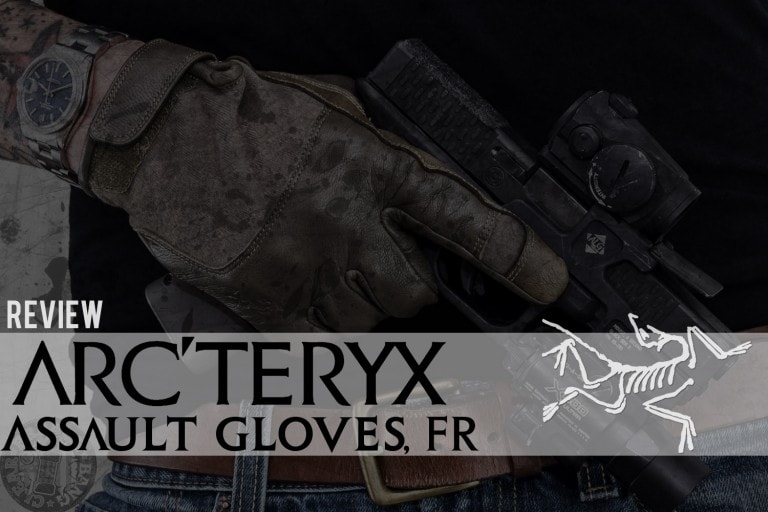 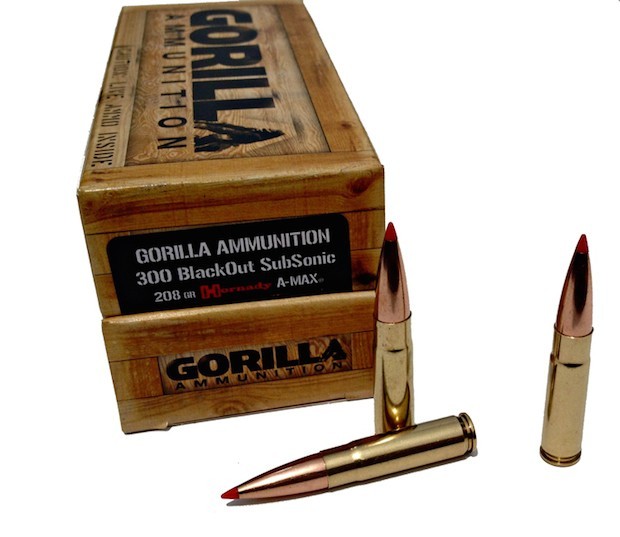