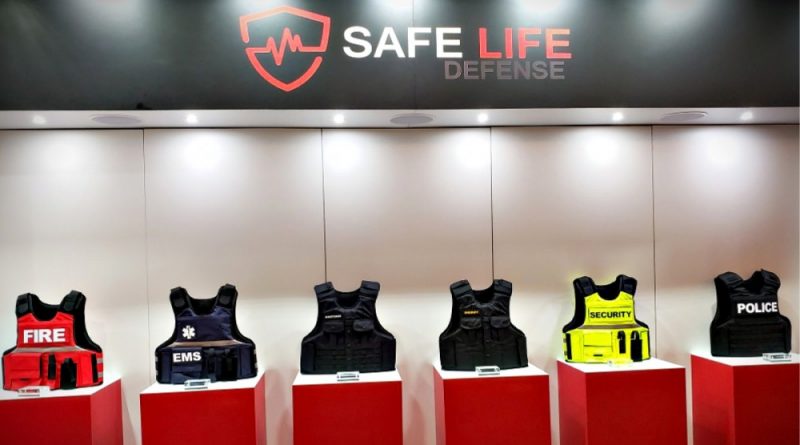 The standard armor for law enforcement officers comes in the form of soft armor that is designed to protect against the most common threat, pistol rounds. The rifle threat is less common compared to pistols. However, officers can come in contact with suspect(s) armed with more powerful weapons that will defeat traditional level II and IIIA soft armor. Rifle plates in outer carriers are available but aren’t issued to the majority of officers nationwide.

The problem with rifle plate carriers is, first of all, accessibility. When you’re under ambush or have to respond quickly where lives can be saved, chances are that there isn’t sufficient time to retrieve and don that plate carrier. The second issue is the size and weight of rifle plates. Most ceramic plates weigh in at or over 7 pounds. The plate dimensions are usually slightly bigger than a sheet of paper. For example, a large SAPI sized plate is 10×12. That’s only enough to cover the officer’s vital organs.

Safe Life Defense unveiled its solution to the rifle threat with the Flexible Rifle Armor System or FRAS. They put one on me as we were talking. It was a size bigger but it fit and covered my entire torso like a traditional concealable soft vest. The difference that I could feel was a little added weight and thickness, a small price to pay for what it’s capable of. Just as it says in its name, it is a rifle system that is designed to defeat 5.56×45 and will also stop 7.62×39. A full NIJ level III is also available.

It is made up of 50% Dupont materials and 50% secret squirrel proprietary stuff. I was told that they test-fired it at all the possible angles without any penetration. That’s great that stops the round but how is the blunt force damage? They claim that a 5.56 impact feels lesser than a 9mm on a IIIA vest. The coverage is unmatched when it comes to rifle threat protection. The only area that isn’t covered is the shoulder straps. That is a huge improvement over rifle plates.

The medium-sized FRAS weighs in at 16 pounds and it is fully distributed well. I didn’t take off the vest until it was time to shake hands and say goodbye to the guys at the booth and it just felt like a slightly heavier vest, it certainly didn’t feel like it was 16 pounds on me.

The Flexible Rifle Armor System is available now and MSRP is $1599. Law Enforcement Price is $1439. It is interchangeable with available concealable and outer carriers.

Read all of our SHOT Show 2020 articles. 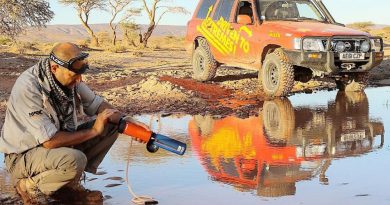 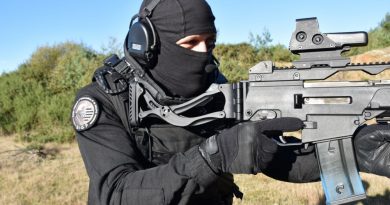 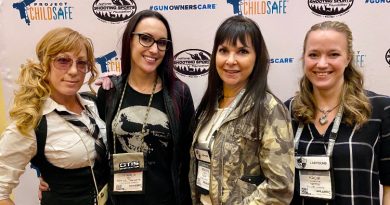