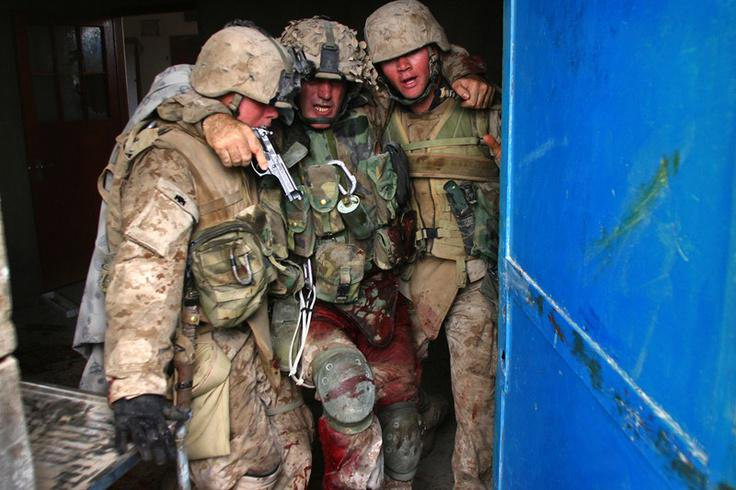 It’s one thing to train on a beautiful sunny day and quite another another thing to train for your worst day. Hernandez breaks down fighting in degraded mode, and why it’s important. Read up. Mad Duo

This article has been brought to you by Propper International, a member of JTF Awesome.

When I was an M1A1 Abrams gunner in the mid-90’s to early 2000’s, I knew exactly what to do if my tank unexpectedly became disabled. Power control handles aren’t responding? Switch to manual controls. Main gun doesn’t fire when I pull the trigger? Grab the “master blaster” handle and twist. Turret power’s lost, reticle’s gone and I can’t lase the target to compute a firing solution? Switch to the auxiliary sight, estimate range using the scale, lay on and blast away. Whether it was a minor annoyance like a tripped circuit breaker, or total loss of electrical power from an enemy round in the engine compartment, I could still blow a turret off a T-72. I knew how to fight in degraded mode.

Switch gears to 2007. I was assigned to night shift patrol in a rough area. I had been a cop 13 years and had thrown lots of rounds downrange in training. I was an Iraq veteran with 18 years of Marine Corps and Army service. I was pretty good with my weapon.

So let’s say I made a traffic stop, and the driver bailed out and opened fire on me as soon as I stepped out of my car. Maybe I drew, returned fire, and immediately took a round in the left hand. As I was backing around the car for cover, I emptied my magazine. With my left hand out of action and an empty weapon in my right hand, what would I have done?

The honest answer: I would have looked at my weapon and said, “Oh, crap. I don’t know what to do.” Because in all that time I had been a Marine, Soldier and cop, I had never been trained to operate my weapon in degraded mode.

Yes, I would have eventually figured it out. The confusion may have lasted only a second. But that second might have been the difference between shooting the suspect as he came around the car to kill me, or dying with an unloaded weapon in my hand.

Fortunately that incident never happened. But that year I broke my strong hand, which forced me to practice shooting with only my weak hand. A few months later I went to a commercial pistol training course where I learned to fight one-handed. Since then, I know that if I’m suddenly degraded, I can stay in the fight. I can reload. I can clear malfunctions. Losing one hand doesn’t mean losing the fight. 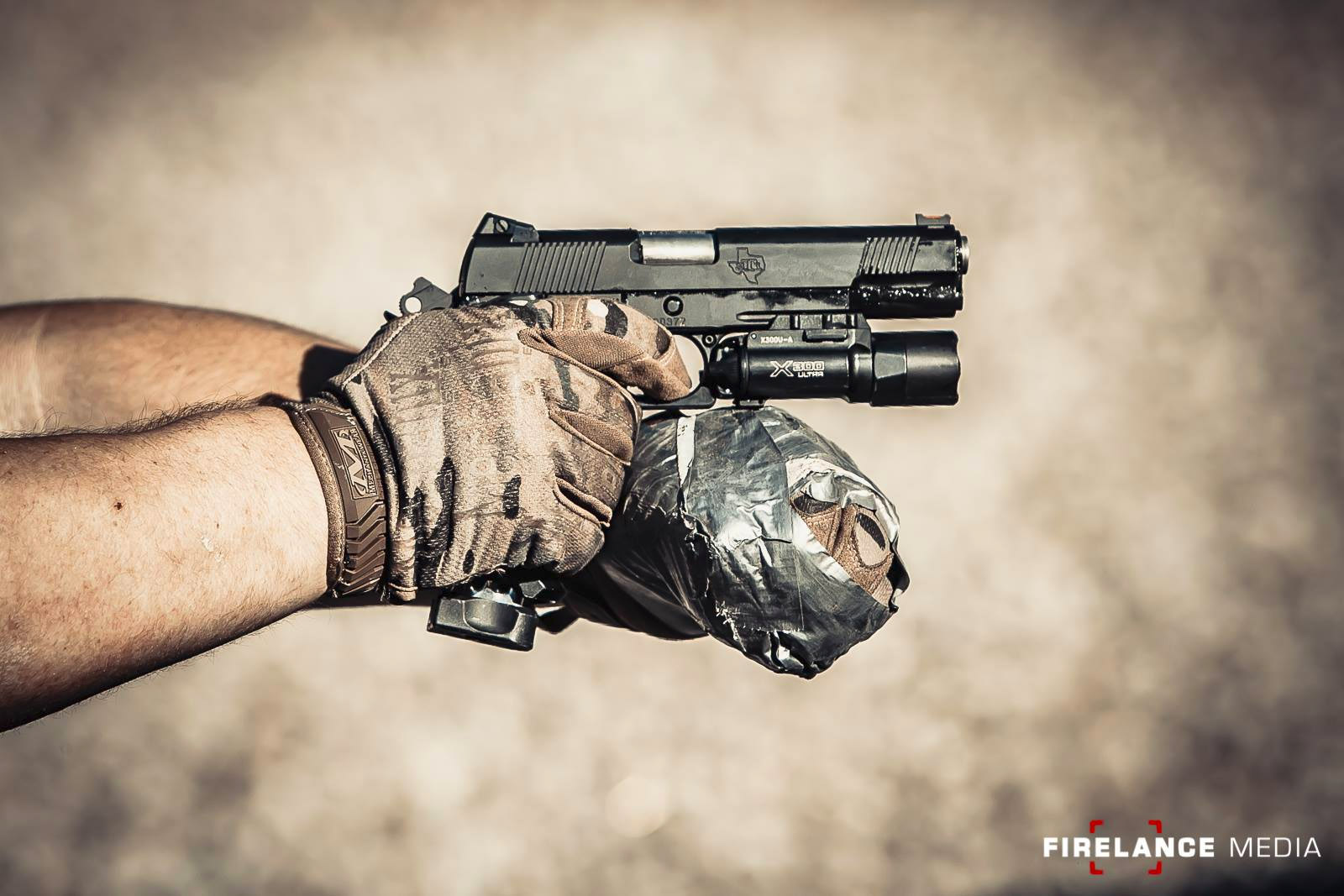 Photo by the esteemable Firelance Media

I recently had the opportunity to fire the Army pistol qualification again. After firing the course for score, I fired again with my left hand taped. My accuracy suffered, I wasn’t as fast on reloads, but I was still combat effective. Later, during an ammo spendex, I fired with my right hand taped and didn’t do too badly. But any proficiency with degraded-mode pistol operation wasn’t a result of military training. Because neither the Marine Corps nor Army ever tried to teach me anything about it.

Fortunately, Soldiers and cops today are more familiar with the basics of one-handed pistol operation than they were a few years ago. Most of us have been told to seat a magazine by hitting the base against our thigh, or use the heel of our boot to rack the slide. We’ve been told how to do it. Maybe we’ve seen demonstrations. But very few of us have actually practiced it. And there’s no excuse for that.

We’ve been at war almost fifteen years. As Soldiers, we know a wound can easily render one arm useless. How many Soldiers can immediately switch to degraded-mode carbine operation if they take a disabling hit? How many have trained on handling an M9 pistol one-handed? Ideally, the answer is “all of them”. The real answer is, “very few.” 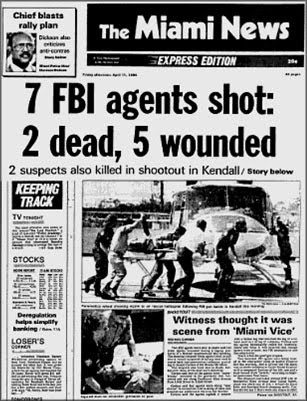 As cops, we know we can walk into the most seemingly benign situation and find ourselves under fire. We can look at incidents like the 1986 FBI shooutout in Miami, where Agent Ed Mireles took a .223 round in the left forearm seconds into the fight and had to operate his pump shotgun one-handed. But how many departments routinely train officers to keep their primary weapon firing if they suffer a crippling injury? I’ve worked for three city police departments, and have received degraded mode training from exactly none of them. As a matter of fact, in 21 years of law enforcement and 25 years of military service, neither the military nor any law enforcement agency has ever trained me to do anything more than fire a pistol one handed. No reloads, no malfunction drills. I’ve had to seek out that training myself.

As concealed carriers, we know that if we have to draw and fire on a threat, we’re on our own; there’s no panic button on a radio for us to push, no expectation that beat partners will squeal around a corner to our rescue, no platoons of courageous troops to flank and suppress the enemy. There’s just us, our pistol and a spare mag or two. But how many armed citizens train for degraded mode? How many have tested their setup to ensure they can draw their weapon with either hand, or reach reloads with their strong hand? Most concealed carriers I know maintain basic proficiency, nothing more.

And that’s fine, as long as nothing goes wrong. But as I tell my Soldiers:

I’m no expert on fighting in degraded mode. But I have a plan for fighting one-handed. I know what to do with my weapon while I draw my spare mag. I know what hard edge I can use to rack the slide. If the situation changes, I know I can adapt to it. If I’m prone behind cover, I can lay my weapon down, slam the mag in and hook the rear sight on my helmet rim to chamber a round. Principles of one-handed weapon operation, if they’re in the back of your mind waiting patiently to spring into action when everything goes wrong, can keep you in the fight when you most need it.

But if those principles aren’t there? You may someday find yourself in a horrible situation, with one hand mangled and bloody, kneeling behind cover looking at an empty weapon, wondering What the hell do I do now?

This article was brought to you by Propper. The opinions herein are the authors alone, but they were kind enough to help us put it in front of you. Say thank you why don’tcha.

Chris Hernandez Mad Duo Chris (seen here on patrol in Afghanistan) may just be the crustiest member of the eeeee-LIGHT writin’ team here at Breach-Bang-Clear. He is a veteran of both the Marine Corps and the Army National Guard who served in Iraq and Afghanistan. He is also a veteran police officer of two decades who spent a long (and eye-opening) deployment as part of a UN police mission in Kosovo. He is the author of White Flags & Dropped Rifles – the Real Truth About Working With the French Army and The Military Within the Military as well as the modern military fiction novels Line in the Valley and Proof of Our Resolve. When he isn’t groaning about a change in the weather and snacking on Osteo Bi-Flex he writes on his own blog. You can find his author page here on Tactical 16.

9 thoughts on “Fighting in Degraded Mode”