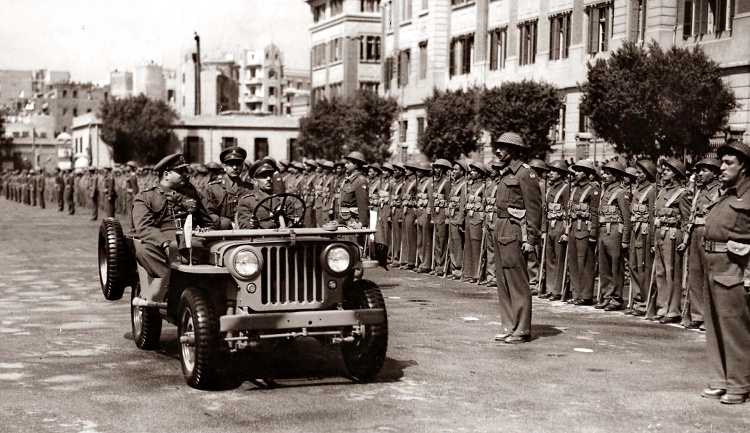 Domestically Made if Not Designed

The Israeli Uzi remains one of the most famous, even infamous, submachine guns of the Cold War era. Along with the Galil assault rifle, Dror light machine gun, the IWI Negev light machine gun, and the Desert Eagle pistol, the Israeli arms industry has continued to develop some fine and notable small arms.

However, Israel isn’t the only Middle East nation with a significant arms industry. It’s neighbor and one-time adversary Egypt has also long sought to develop weapons and other military equipment domestically. Its arms industry actually dates back to 1949 when Egypt first unveiled plans to develop its own aircraft and armaments industry. However, while Egypt entered into a number of joint venture projects to produce European-designed aircraft, this has actually yielded little results.

The same has been true of tanks and other large military hardware. However, Egypt was able to produce some well-made, if not entirely memorable, small arms during the Cold War era. However, unlike its Israeli counterparts, the Egyptian versions were both “homegrown” but required foreign influence to come to fruition.

Throughout much of the modern history of Egypt – which essentially begins during the Muhammad Ali dynasty (1805-1953), when the Albanian-born Muhammad Ali was able to essentially seize power during a three-way civil war between the nominal Ottoman rulers, the Egyptian Mamluks and the Albanian mercenaries sent to restore order. In the end, Ali took control of Egypt and established what became a quasi-independent state that remained part of the Ottoman Empire on maps.

By the 1880s the Khedivate of Egypt was largely under British patronage, and it was during this time that foreign weapons were largely employed by the Egyptian Army. During the 1882 campaign in the Sudan, the Egyptian Army – which was led by British soldiers of fortune – was armed with American-made Remington Rolling Block rifles. Later during the nominally independent Sultanate of Egypt and King of Egypt, a variety of British small arms were used and these were replaced by German-made Mauser rifles.

While the 8mm (7.92x57mm) bolt action rifles were never actually produced in Egypt, the rifles were supplied with vast quantities of ammunition. Thus when the Egyptians began to produce the first domestically engineered rifle it was chambered for that round.

Following World War II the Middle Eastern nation finally had true independence and was no longer a de facto colony of the Ottomans or British. With a new enemy in Israel, the nation began the aforementioned attempt to create a domestic arms industry.

While those efforts to produce aircraft and tanks never truly materialized, the efforts for a new rifle proved far more successful. The result was the Hakim, a gas-operated semi-automatic rifle. What is notable is that it wasn’t exactly designed from the ground up in Cairo, but rather in Stockholm!

The Hakim was designed and produced as the Ag M/42 for the Swedish Army, which sold tooling as well as the designs to Egypt. Whereas the Swedish version fired the 6.5x55mm cartridge, Egypt had the large stockpiles of the German Mauser ammunition. For this reason, it was re-engineered to accept the larger cartridge. This required the addition of a permanent, non-removable muzzle brake, that was necessary to reduce the greater recoil.

The Hakim resembles the German G-43, World War II-era semi-automatic rifle, which makes sense as it features a Russian Tokarev-pattern tipping bolt system – on which the G-43 was based. Some 70,000 of these were produced in the 1950s and early 1960s. It first saw use in the Suez Crisis while some were still in service during the Six-Day War a decade later.

A shortened carbine version of the Hakim was also produced in the Cold War era. In addition to having a shorter barrel, it also fired the less powerful Soviet 7.62x39mm cartridge. However, the Rasheed still utilized the same Tokarev-pattern tipping bolt system. Visually, it closely resembled the Soviet Union’s SKS right down the inclusion of a hinged, foldable bayonet.

Only about 8,000 of these carbines were produced making them very desirable amongst collectors.

One of the more “unique” Egyptian small arms from the Cold War era for collectors today is the Maadi ARM. This Egyptian clone of the infamous AK-47 has been produced from 1959 to the present day. The military version is available in select-fire while a commercial version has been produced in semi-automatic only.

While externally similar to the AKM version of the AK-47, the Maadi is notable in that it was the first AK type weapon to be imported into the United States. It was used in such films as Red Dawn. Interestingly the gun makes an appearance in the 2018 film White Boy Rick. The title character noted that the AK-47 being sold wasn’t a Soviet gun but was rather the Egyptian model.

As other commercial AK’s have been offered for sale, including those from Russia, the Maadi has largely been seen as an inferior version. Yet, because of its rarity compared to other models, it has become more desirable among collectors. 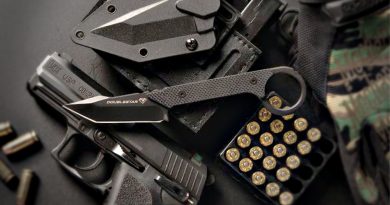 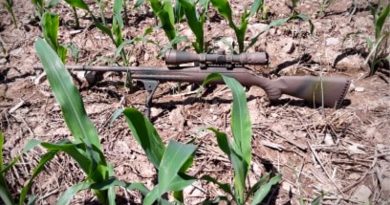 JTT: If You Ever Wondered How To Paint a Rifle, Read This 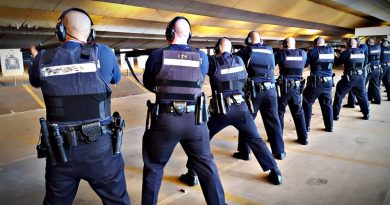