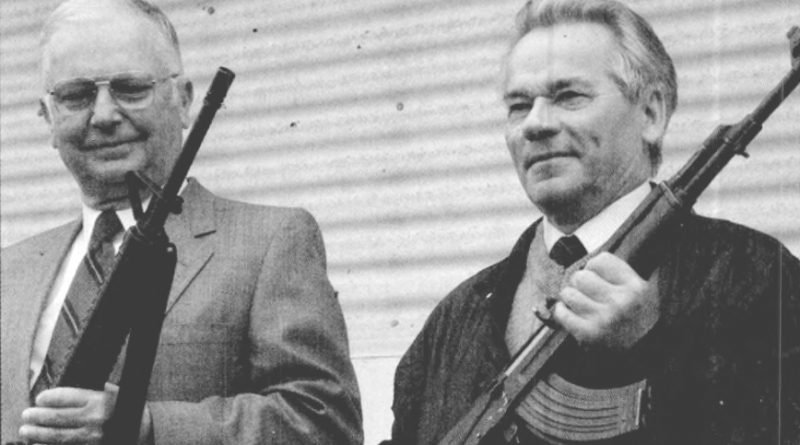 Peter Suciu on Stoner and Kalashnikov — designers of two of the most iconic and prolific modern firearms.

Even people who don’t know guns know the AK and the AR. The respective AK-47 and the AR-15/M16 are two of the most iconic and prolific modern firearms. Millions of each have been produced. While each was developed for the military (the AK for the Soviet Union and the AR for the United States), each is now a popular choice for sports shooters.

The AK-47 was the creation of Mikhail Kalashnikov (1919-2013), while the AR-15 was the brainchild of Eugene Morrison Stoner (1922-1997). Both men were soldiers in World War II. Kalashnikov was a tank mechanic, while Stoner served in the United States Marines Corps.

Each man had a reputation for tinkering – and each began designing firearms. Neither had immediate success as a gun designer.

While working as a chief engineer for ArmaLite, a division of Fairchild Engine & Airplane Corporation, Stoner designed a series of prototype firearms but none saw significant production. It was only with the development of the AR-5 survival rifle, which was adopted by the United States Air Force, that Stoner saw success as a gun designer. By that point Kalashnikov’s weapon was already in widespread use.

After being wounded in combat in October 1941, Kalashnikov spent the rest of the war developing a new weapon. His first design, which was influenced by the American M1 Garand rifle was rejected in favor of the semi-automatic rifle that eventually became the SKS. However, the Soviet military had seen the potential of the “assault rifle” in the German’s StG44 – and after the war sought to develop such a weapon of their own.

Kalashnikov worked to perfect his firearm design, and the result was the Avtomat Kalashnikova Model 1947. The weapon was arguably best summed up in a monolog in the opening sequence of the film Lord of War, starring Nicholas Cage:

More commonly known as the AK-47, or Kalashnikov. It’s the world’s most popular assault rifle. A weapon all fighters love. An elegantly simple nine-pound amalgamation of forged steel and plywood. It doesn’t break, jam, or overheat. It’ll shoot whether it’s covered in mud or filled with sand. It’s so easy, even a child can use it, and they do. The Soviets put the gun on a coin. Mozambique put it on their flag. Since the end of the Cold War, the Kalashnikov has become the Russian people’s greatest export.

The AK-47 has more than a passing resemblance to the German StG44. Kalashnikov has been quoted as saying, “before attempting to create something new, it is vital to have a good appreciation of everything that already exists in this field.”

However, over the years Kalashnikov dismissed how much of an influence the StG44, or more importantly, its designer Hugo Schmeisser had on the development of the AK-47. But the German designer did work in the Soviet Union from 1945 until 1952.

After achieving some success with the AR-5, Stoner went to work on a new rifle for the U.S. military and this resulted in the revolutionary ArmaLite AR-10 – a select-fire infantry rifle chambered for the 7.62x51mm NATO round. It was submitted for rifle evaluation trials at the U.S. Army’s Aderdeen Providing Grounds in 1956 but was rejected in favor of the more conventional T44, a weapon being developed at the Springfield Arsenal.

The T44, which essentially combined elements of the M1 Garand and M1 Carbine, became the M14. That weapon is notable in that it was the final weapon designed and produced at the Springfield Arsenal.

However, the M14 was in many ways not the right weapon for the new era of warfare and Stoner was given another chance to refine the AR-10. The weapon was scaled to fire the small caliber .223 Remington cartridge and it was eventually adopted as the M16

Kalashnikov — Hero of the Soviet Union

During his career Kalashnikov designed more than 150 models of small arms. This included the AK-47, but also the AKM – the modernized variant of the AK-47 – PKM and AK-47.

As Kalashnikov worked for the Soviet Union he received no patent for his design. In fact, the Russian Federation didn’t even patent the AK-47 design until 1997! As a result, of the 100 million or more AK-47 and variants produced, only some 10 percent were of the official Soviet production.

More importantly, because he worked for the Soviet Union he received no compensation for his designs. During his lifetime he often said he was motivated by service to his country rather than money. His grateful nation did bestow numerous awards and tributes to Kalashnikov. These included the Order of St. Andrew, Hero of Socialist Labour, Order of Lenin, Order of the Red Banner of Labour and Hero of the Federation.

A statue of the gun designer was unveiled in 2014 at the Russian 102nd Military Base in Gyumri, Armenia. Then, Kalashnikov was honored on a 2019 Russian stamp dedicated to him on the 100th anniversary of his birth. In 2017, another monument to the man was unveiled in Garden Ring in Central Moscow – but it has not been with a without controversy as a protestor once attempted to hang a banner on it that read, “a creator of weapons is a creator of death.”

The weapon he designed has been on the flags of Mozambique and Hezbollah and the coat of arms of East Timor and Zimbabwe.

Even among gun aficionados, the name Eugene Stoner isn’t all that well known, even if the AR-15 and M16 are practically household names. However, where Kalashnikov had a grateful nation Stoner became a wealthy man – one who could afford his own plane! Stoner reportedly was paid $1 for every single M16 produced.

He went to work as an arms designer at the Colt Firearms Company after the industry giant bought the rights to the AR-15.

While there he designed the innovative modular firearm the Stoner 63 Weapons System. It could be configured as an automatic rifle, light machine gun, medium machine gun, or even solenoid-fired fixed machine gun. It was never adopted by the military.

Interestingly, anyone who grew up with those plastic toy soldiers in the 1970s or 1980s may remember the machine gunner with the bipod using an unfamiliar weapon. It was the Stoner 63 Weapons System! 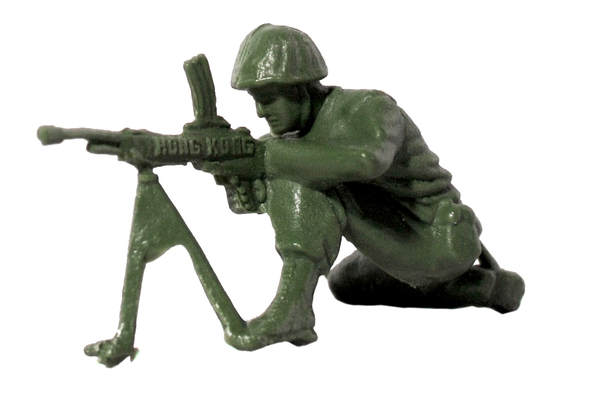 The AR-15 also became one of the first successful semi-automatic modern sporting rifles marketed to consumers. Toy versions of the M16 were a popular toy with children in the late 1960s and 1970s!

Throughout the Cold War soldiers carrying the AK-47 and M16 faced off in the jungles of Vietnam and Central America. The two weapons were seen as icons of their respective factions.

So it was fitting that at the end of the Cold War, in May 1990 the two men met for the first time in Washington, D.C. They spent the days talking, having dinners and even visiting the NRA’s National Firearms Museum. The pair even went to the gun club at Star Tannery to go shooting!

The visit is well documented in the book AK-47: The Weapon that Changed the Face of War, by Larry Kahaner. It described how the Soviet arms designer who lived on a modest pension in a small Moscow apartment arrived in Washington in tattered clothes and shows. The 69-year old Kalashnikov (at the time of the 1990 visit) was overjoyed to find a shoe store stocked with multiple sizes!

Kalashnikov was a pauper who made virtually no money from his invention and lived in near isolation. Stoner, meanwhile, flew to D.C. in his plane but earned no medals for fame.

Kahaner described how the two men became quick friends while shooting at the range. Kalashnikov told Stoner how the AK-47 was “field-tested for durability, drawn through mud, dragged over sand and brush”. Stoner then explained the M16’s stocks were tested by being hoisted on a flagpole and dropped repeatedly.

As noted in Kahaner’s book, Kalashnikov responded, “In the Soviet Union, this is what they do to gun inventors whose guns jammed in combat.”

The Legacy of Stoner and Kalashnikov

When the Soviet Union fell, Kalashnikov was finally allowed to travel more freely without fearing a visit to the KGB. His meeting with Stoner had been carefully arranged, but within just two years of it, the nation he served was no more.

Reportedly, Kalashnikov was able to gain a 30 percent stake of the German firm Marken Marketing International, which is still run by his grandson Igor. That company controls the trademarks and produces merchandise with the Kalashnikov brand. Over the years it has marketed such products as vodkas and sporting knives.

As for Stoner, his legacy is less colorful. He continued to design weapons including a refined version of the Stoner Weapons System dubbed the Stoner 96. Unfortunately, when the name Eugene Stoner is brought up by modern mainstream American media, it is only as of the designer of an assault rifle used in mass shootings.

Stoner died of cancer at age 74 in April 1997. He was interred in the Quantico National Cemetery in Virginia. Kalashnikov died at age 94 from a gastric hemorrhage. He became one of the first people buried in the Federal Military Memorial Cemetery.

We should remember these two men for their contributions to their nations. May each rest in peace. 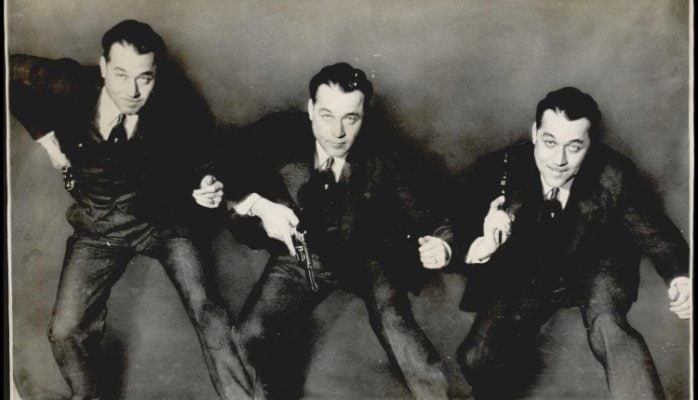 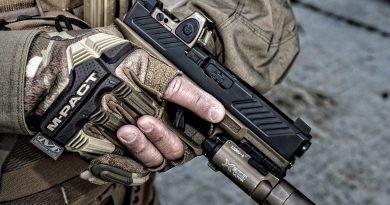 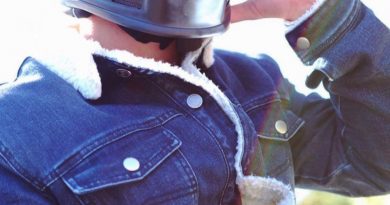 3 thoughts on “Stoner and Kalashnikov: A Tale of Two Very Different Gun Designers”