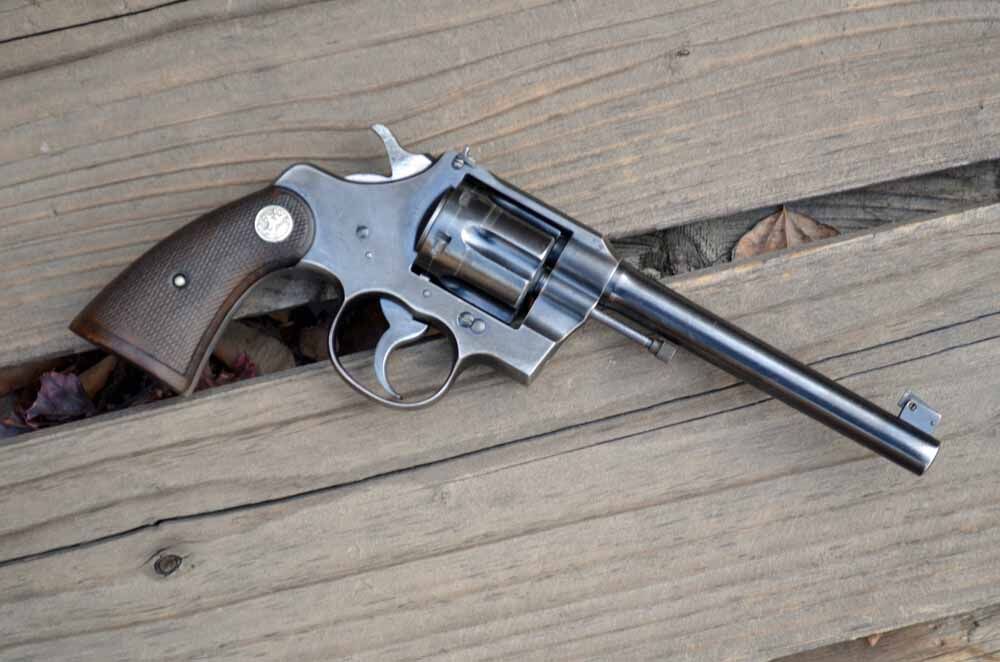 In 1904, Colt manufactured their first medium frame double action target revolver like the Colt Officer’s Model. This was technically a variant of the original Colt New Army and Navy Series of 1892 to 1908. For 65 years they manufactured this handgun built on the “E” frame under several different names. Each one was manufactured first and foremost as a target revolver and specifically not as a general-use handgun. 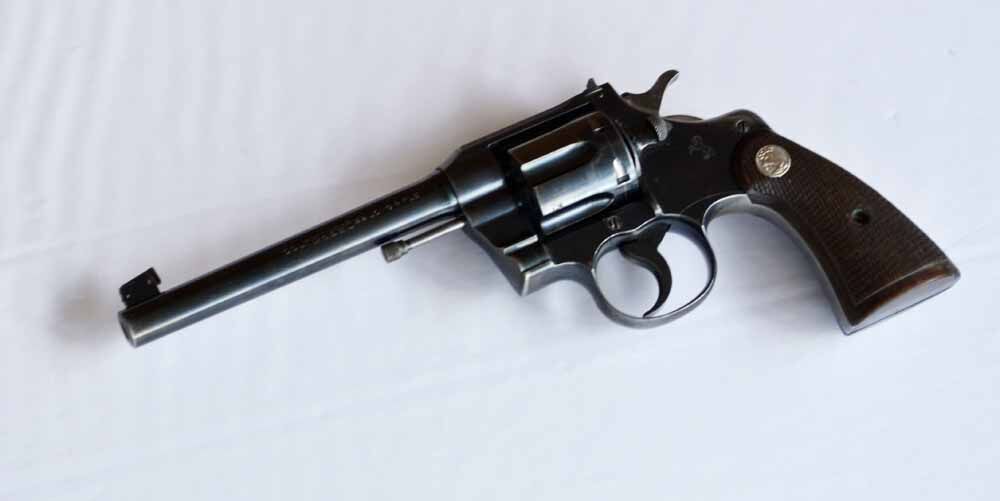 Our revolver is a Colt Officer’s Model Target, Third Issue in .22 long rifle. This variant was introduced in 1927 and produced until 1949. Our particular revolver was made in 1931. These revolvers were available in .22 long rifle, .32 Colt and .38 Special. The .32 Colt was dropped in 1940. Factory grips were checkered walnut with silver medallions.

These revolvers had a hand-fitted and finished action, checkered trigger, and back strap, with an adjustable rear sight and an adjustable front sight. They received extensive polishing and action tuning, resulting in one of the best factory single-action triggers of all time. However, the double-action mode is no slouch, either.

When purchasing old double-action revolvers, particularly Colts, it is always a good idea to check the cylinder for end shake and timing issues.

End shake is the amount of front-to-back movement that a revolver’s cylinder makes when closed. As the cylinder moves rearward under the force of recoil from a fired round, the ratchet or ejector star strikes the rear of the inside of the frame. This stops the cylinder movement and ever so slightly deforms the ratchet.

As a result, the revolver’s frame stretches and this increased space is known as end shake. 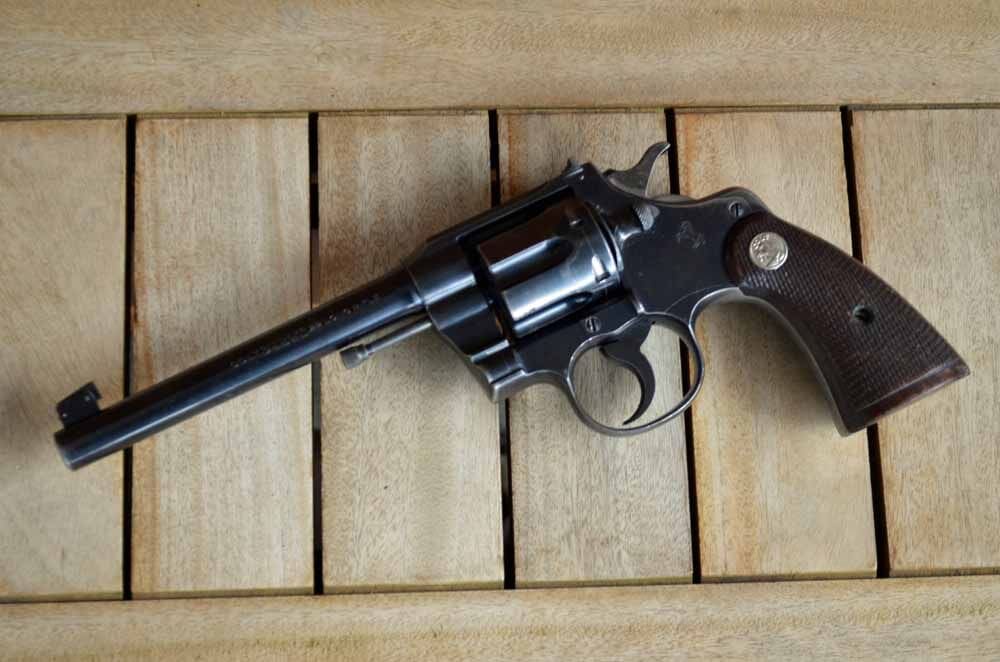 When end shake becomes excessive it will cause wear on the hand and the bolt. Eventually, it can damage the frame or when it affects timing it can result in an inconsistent trigger pull. The solution is to install end shake bearings to reduce this spacing. 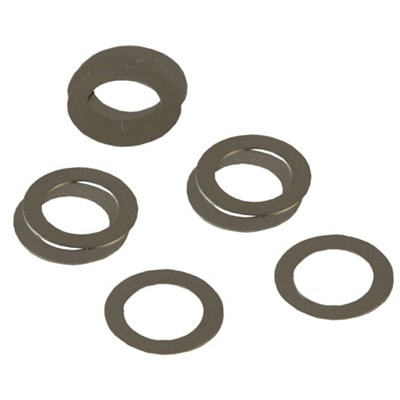 End shake bearings are .002″ washers used in front of the cylinder in a revolver. These stainless steel bearings set the cylinder back slightly, reducing wobble and generally tightening up the action of the revolver. They are made by Power Custom and sold through companies like Brownells.

Luckily for us, the large size of the Colt Officer’s Model Target and its .22 long rifle chambering means that there will be little problems with end shake. The rimfire chambering offers very little in the way of felt recoil. Despite approaching ninety years of age, the Colt Officer’s Model Target, Third Issue still locks up like a bank vault and closes with the sound of a true craftsman’s approach to revolver lockwork. You can feel and hear this quality every time you close the cylinder.

At 87 years of age, its pristine bore and phenomenal trigger still allow us to shoot one ragged hole at 75 feet. In its day it was the king of the bullseye shooting scene, and that tradition still holds true.