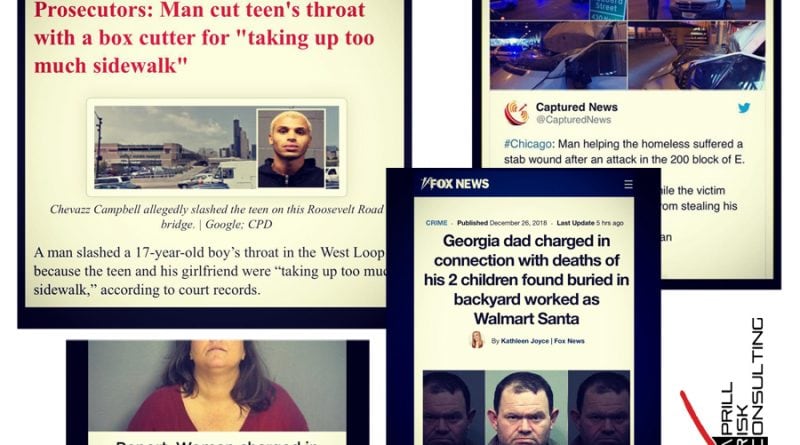 Aprill Risk Consulting. Look ’em up. Follow ’em. Read what they have to say. We’re often asked what other places, sites, bloggers, trainers, and the like we follow. Aprill Risk is one of them. Read on and we’ll explain why.

William Aprill of Aprill Risk Consulting helps even savvy people come to understand unpleasant things. There’s a difference between accepting something intellectually and understanding it viscerally. Aprill’s ability to communicate harsh truths in a pragmatic, readily digested form helps to shorten that distance.

For instance, here are three things he can help you comprehend:

2. An inability or unwillingness to acknowledge the existence of violent criminal actors does nothing to counter an utter lack of morality (or restraint). However unlikely we might think the chances of encountering such a person are, the possibility does exist. The belief that, “That’ll never happen to me,” is absolutely true right up until it does.

3. There are criminal supra-cultures; while associated predation often occurs within them, they are by no means confined to them.

As William Aprill says, “Hopefully we learn, for none of us live in a bubble…”

Aprill teaches classes, posts to social, and writes articles. Perhaps the easiest way to see what he has to say is to follow him on Instagram (@aprillriskconsulting). We’ve provided 3 good examples of what you can find on his feed below. 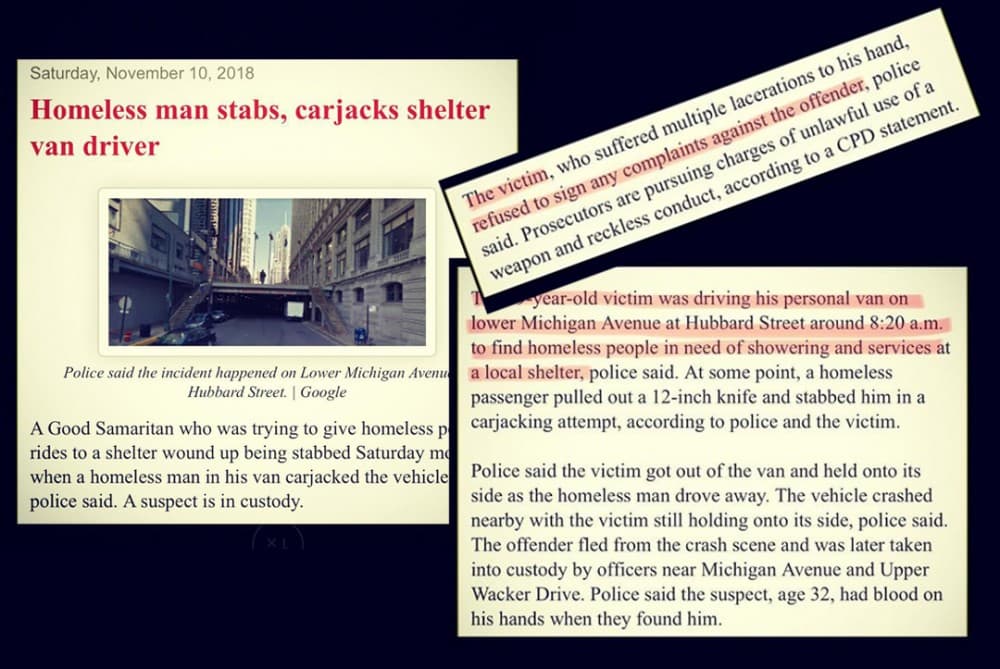 Example 1: This was They Are Not You Tuesday from 13NOV18:

Today’s case brings to the fore several elements that separate the normal from the disordered, the reasoned from the chaotic, the generous from the murderous. A meeting of worldviews occurred: one naive and hopeful and accommodating; the other exploitative, predatory, ruthless.

Sadly, when a literal incapacity to recognize risk meets a complete lack of moral compunction the outcome is as we see. The world is not just, but IS as it actually is, a place where generosity is sometimes repaid with a knife. Plan accordingly… 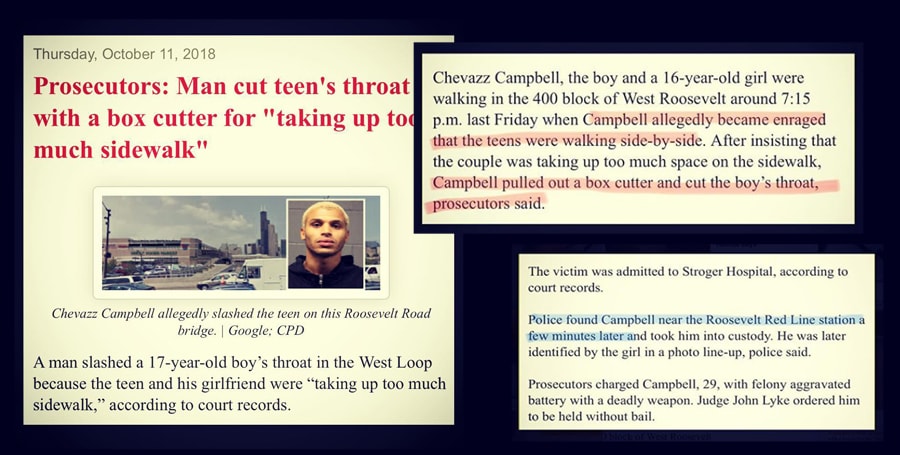 Proportionality? Meaning? Credible threat? Nah…. In today’s case and many others the only matter of import is offense given to the offender. In this case the accused simply believed the victim and his companion were being rude and selfish, and offered them a chance to correct their behavior (which they declined). His response, rough justice meted out unflinchingly, clearly demonstrates notable features of Violent Criminal Actor thinking: 1. the brittle, moralistic tone of action when confronted with a “wrong” 2. maintenance of their self-concept as the “good guy” in the scenario (as evidenced by enforcement of norms) and 3. immediate use of force when words do not produce the desired effect. 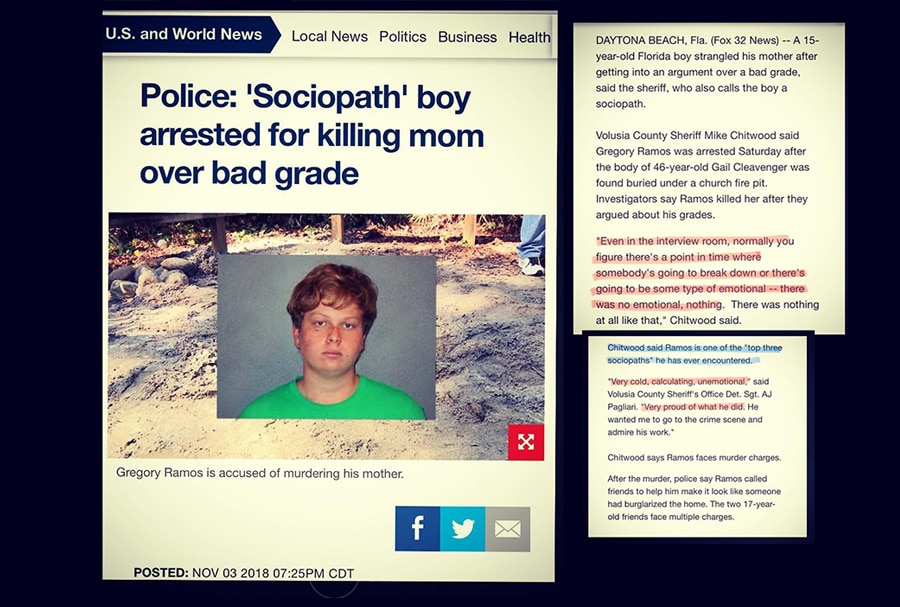 This was They Are Not You Tuesday from 06NOV18:

Today’s case reveals some of the horror that can befall victims even from within their own households, as well as some of the mistakes that can accompany such crimes even in the minds of professionals dealing with the crime itself.

The sheriff in the locality that was home to the referenced murder has been quick to pronounce in the media that the alleged perpetrator is a “sociopath”, and even “one of the worst sociopaths.” This amateur diagnosis is, it can be argued, unhelpful at best. First, there is no diagnosis of “sociopath” in currently accepted mental health classification systems, and the nearest approximation to what the sheriff was likely aiming for (Antisocial Personality Disorder) may not be applied to subjects under age 18.

The common pitfall that has swallowed up the sheriff seems to be the use of disturbing clinical language as a means to a. gain publicity and b. make distaste for the offender clear with gussied-up insults; neither serving much fruitful purpose. Important factors to discern from the case to improve detection in future cases, are the “callous, unemotional traits” displayed by the accused.

Nearly half of those >18 with such traits will eventually be diagnosed with APD, and thus are likely to commit serious offenses and pose a substantial threat as adults. Significantly, such over-dramatization can lead to a collective shrug among the public, leading to the mistaken belief that such offenders are “just crazy” and can never be understood.

Misused terms of art are likely to be the cause of confusion, and we cannot afford that when our very lives are on the line.

[Editor’s note: the case referenced is the murder of Gail Clevenger, 46, by Gregory Ramos, 15, q.v.]

This concludes today’s Just the tip.

From our perspective, Aprill Risk Consulting is an excellent source of hyperbole-free, candid observations on threat awareness and understanding. We don’t think William Aprill is trying to make you an agoraphobe who never leaves a fortified bunker for fear of grisly doom; we reckon he (rightfully) just wants people to be contextually aware in a commonsensical fashion, and preferably able to respond to a threat if unable to avoid it.

We could be wrong, but we’re not. 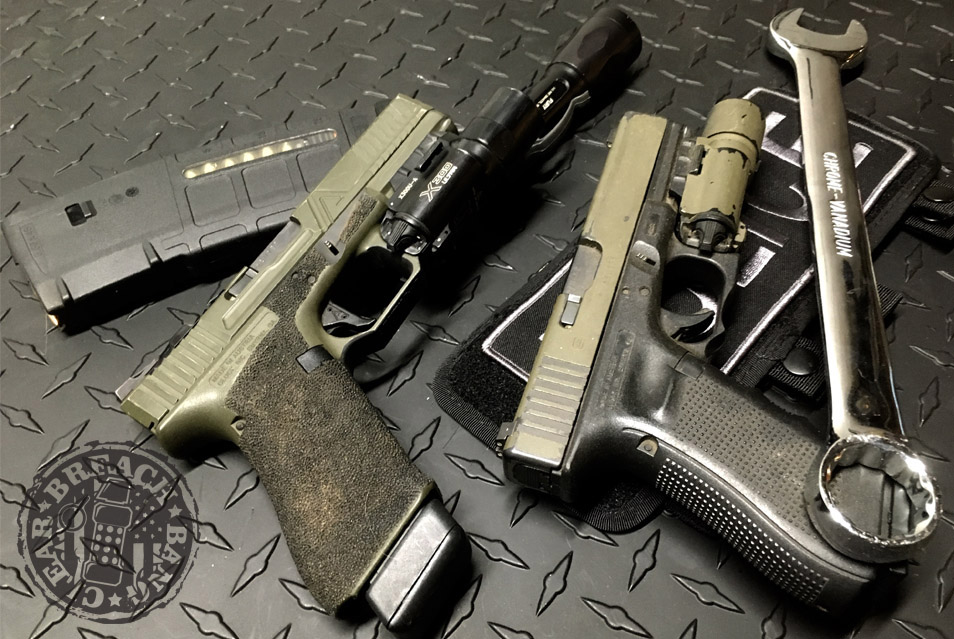 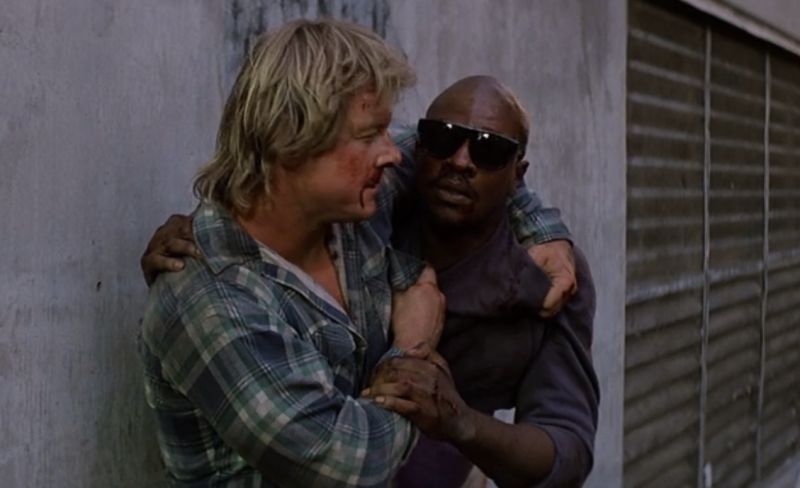 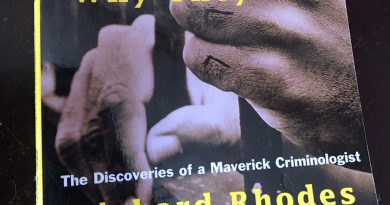 2 thoughts on “Just the Tip: They are NOT like us”