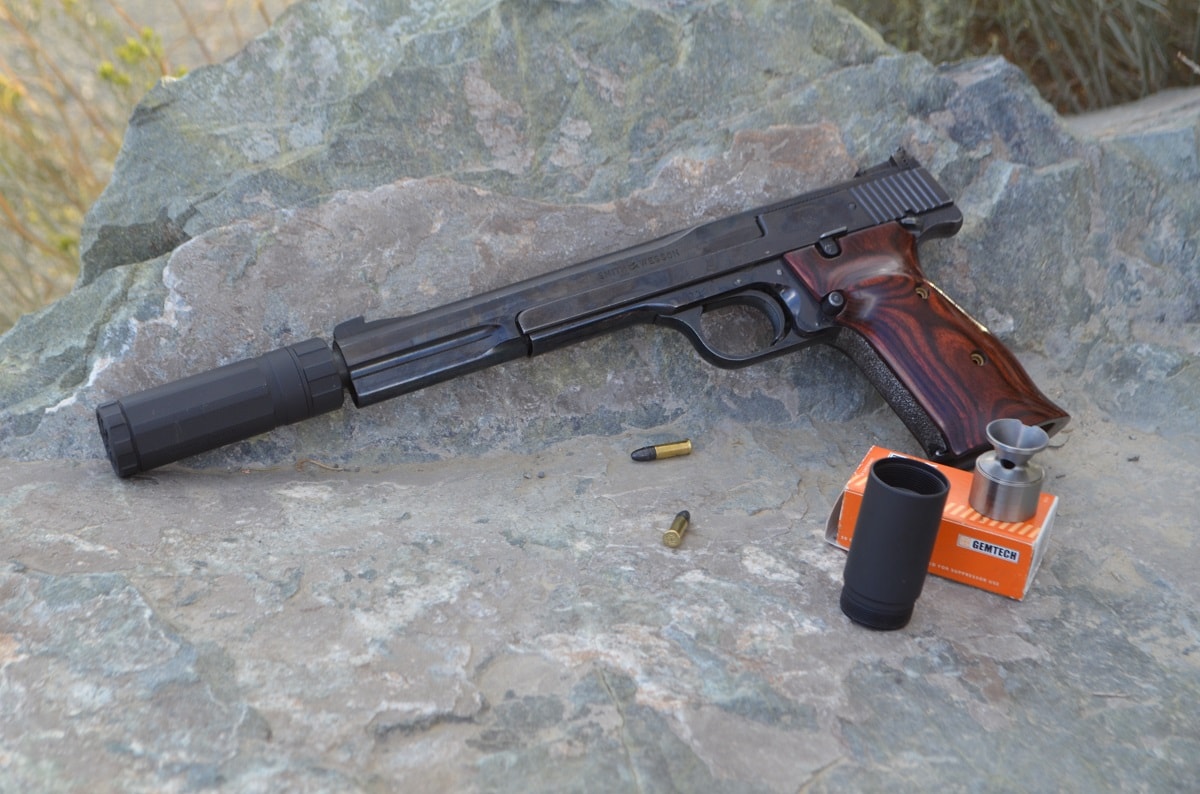 It’s rimfire, not rimjob, ya nasties. Check out what our own Harambe impersonator has to say about the Halcyon. -Mad Duo

Of all the silencers on the market, we find the rimfire cans to be some of the most versatile. The latest from AAC (Advanced Armament Corporation) appears to be one of the most useful yet. The Halcyon is a modular suppressor that is essentially two cans in one. 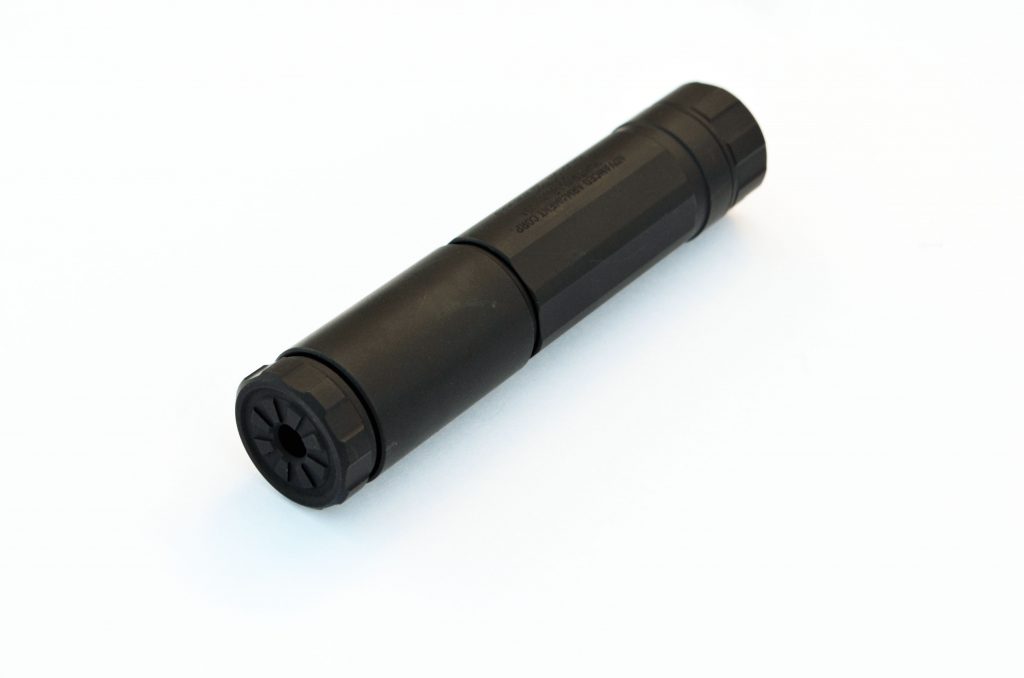 When suppressing 17 HMR, 17 M2, 22 Magnum or even FN’s 5.7 you may want to run a longer profile silencer for better suppression. In this case that is a matter of 5.28 in. with a weight of 6 oz. However if you want to quiet a bolt action .22 long rifle and keep a shorter profile you can take it down to a 3.4 in. can that weighs a scant 4.5 ounces.

Switching back and forth takes a matter of seconds without tools, just like the company’s Ti-Rant 45M and Ti-Rant 9M.

When our good friends at Silencershop.com asked us if we wanted to try it, we looked at the e-mail like they were stoopid — we always want to try new cans. 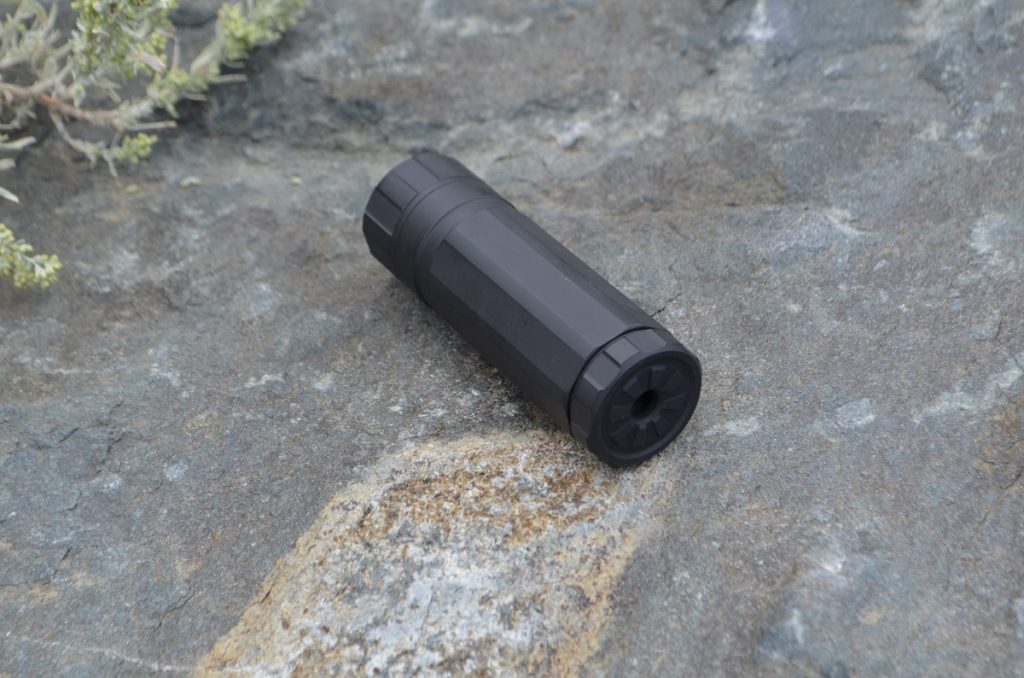 Taking the Halcyon apart we noted that the baffles were K-type and made of titanium. This keeps the weight down and reduces sound signature. Then we noticed that they were keyed for repeatable short alignment in an effort to not reduce, but eliminate Point of Impact (POI) shift.

The front section of the tube is aluminum and the rear portion is titanium with steel end caps and is finished in armor black Cerakote.

AAC promises additional adapters such as  ½ x 20 in. to use on European rim fire rifles like the CZ 452 and the threaded Beretta Model 71 pistols that were imported a few years ago by Century International Arms as well as one to mount the can on an FN 5.7 pistol.

The best part is that unlike many 22 suppressors, the halcyon can be disassembled with no tools whatsoever. It can be taken down and put back together completely by hand.

We took the Halcyon to the range with an assortment of rim fire rifles and handguns as well as our FN PS90 SBR (Short Barreled Rifle) and our full-auto Uzi with a 22 conversion kit as the Halcyon is full auto rated.

On our Savage Mk2 bolt action it performed well in both long and short configurations. We kind of preferred the shorter version on both the Savage and the S&W M&P 15-22 as it was barely longer than a typical flash suppressor and gave a nice finished look to both rifles. The longer version was definitely quieter, but we found that extra length to be unnecessary.

Switching to pistols we mounted the Halcyon on a Ruger Mk IV Tactical and a S&W Victory 22. The reduced sound signature of the longer silencer was more noticeable here, but the short version seemed to keep the noise down to a hearing safe level particularly on our S&W Model 41. 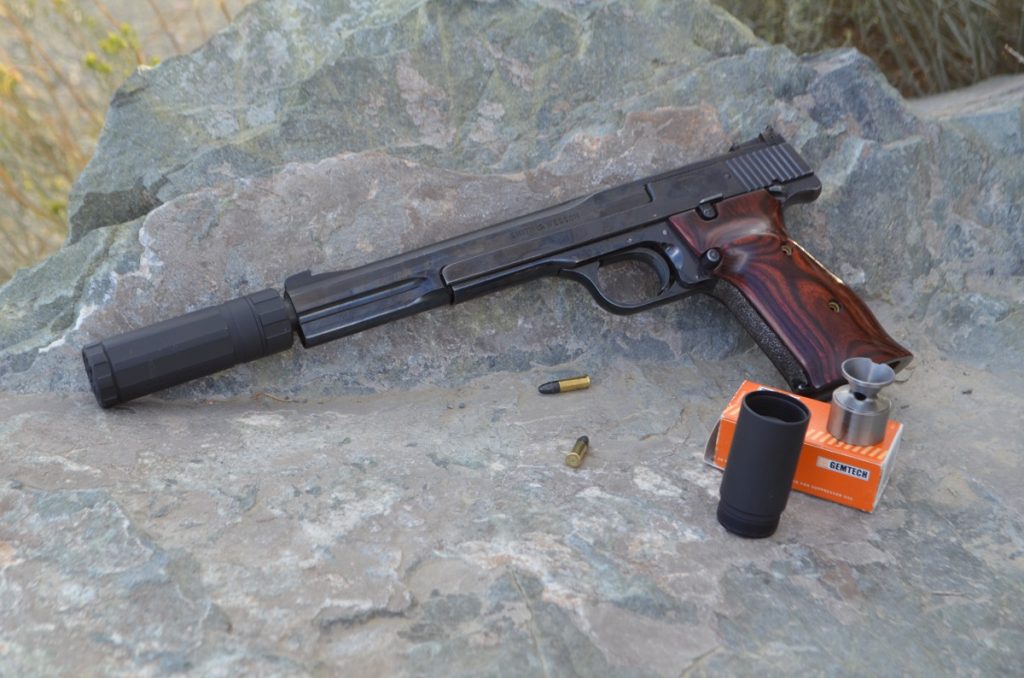 An all titanium rim fire suppressor would have been awesome, but would have undoubtedly driven up the price and an MSRP of $450 pushes it toward the higher end of the scale. Although we think it is worth it based on performance we can see how it could keep people away from it.

The only other downside is that Form 4 transfers are still taking close to a year for approval. This has nothing to do with AAC, but is a hazard of the NFA (National Firearms Act) and is mostly related to the implementation of 41P last July.

With the wait times involved with NFA and the $200 tax stamp, we like to take advantage of modular cans which give you in essence two silencers for one price. Not that you can make two cans from one of these, but it gives you an option. 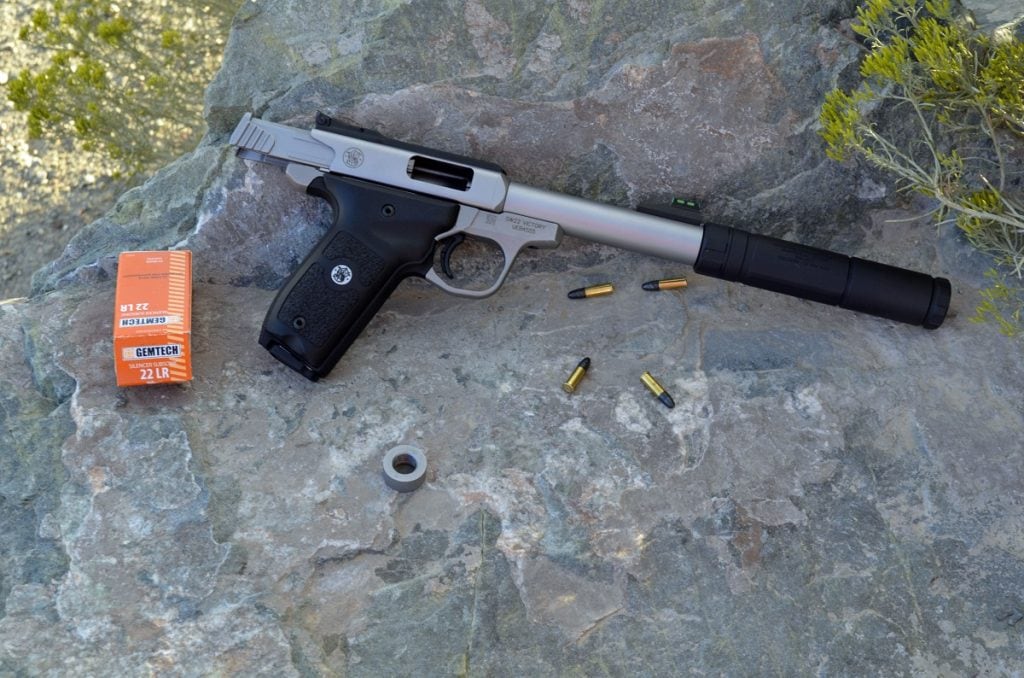 There is some good news on that front courtesy of Silencer Shop.

Owing to the staff’s background in IT (Information Technology), they recently teamed up with several industry partners and the NFA Branch to develop a bar coded system for ATF Forms. It reduces some of the waiting period, particularly on the Form 3 side as the forms need only be scanned.

Form 3 approvals (Dealer to Dealer) have been reduced from 4-6 weeks down to 24 hours and sometimes less. We recently had one come back in 26 minutes.

As for the Halcyon, we really liked the finished product and think this will be a favorite 22 can for many shooters who can appreciate using the two different lengths. 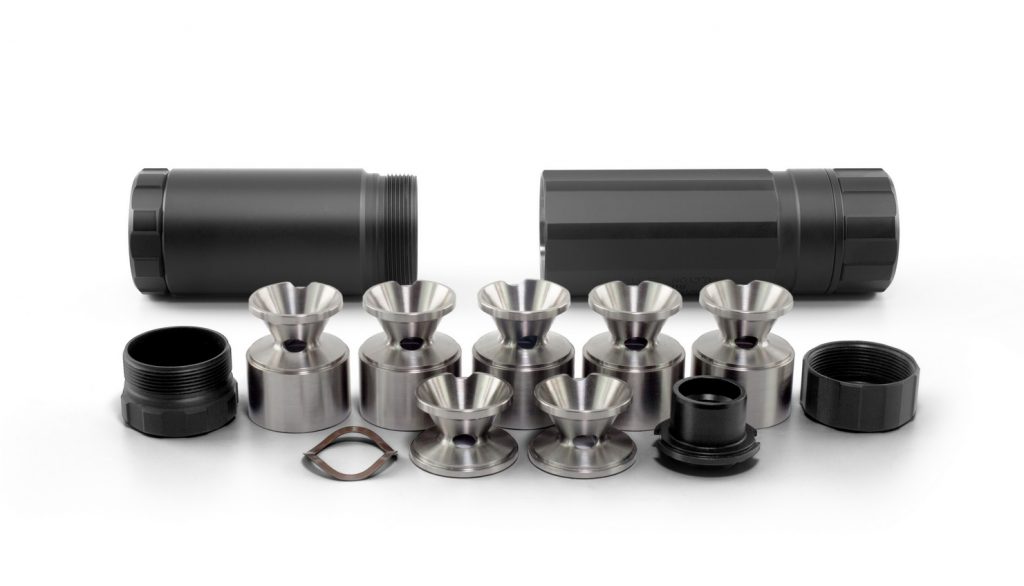 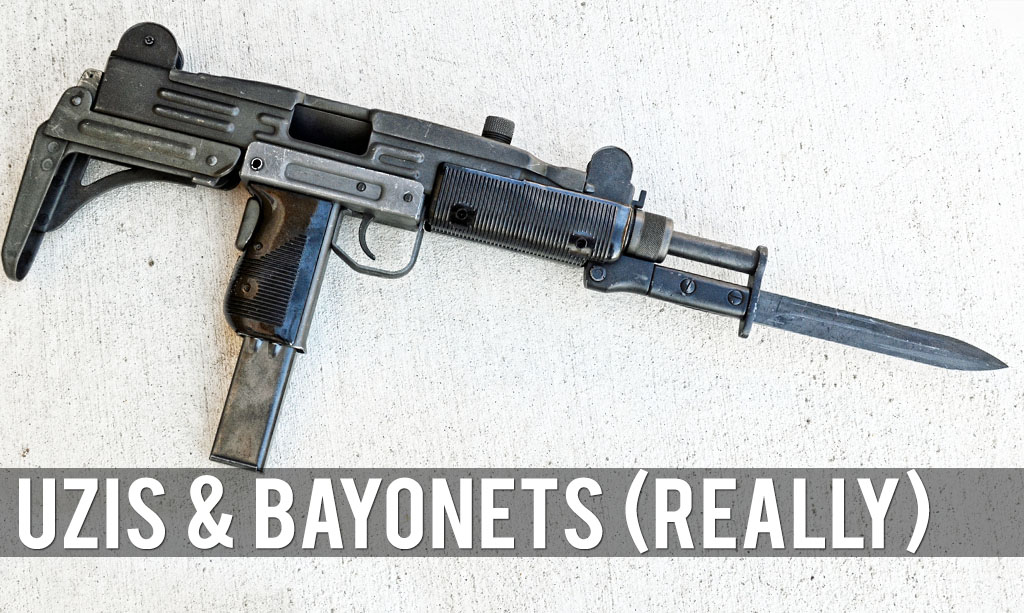 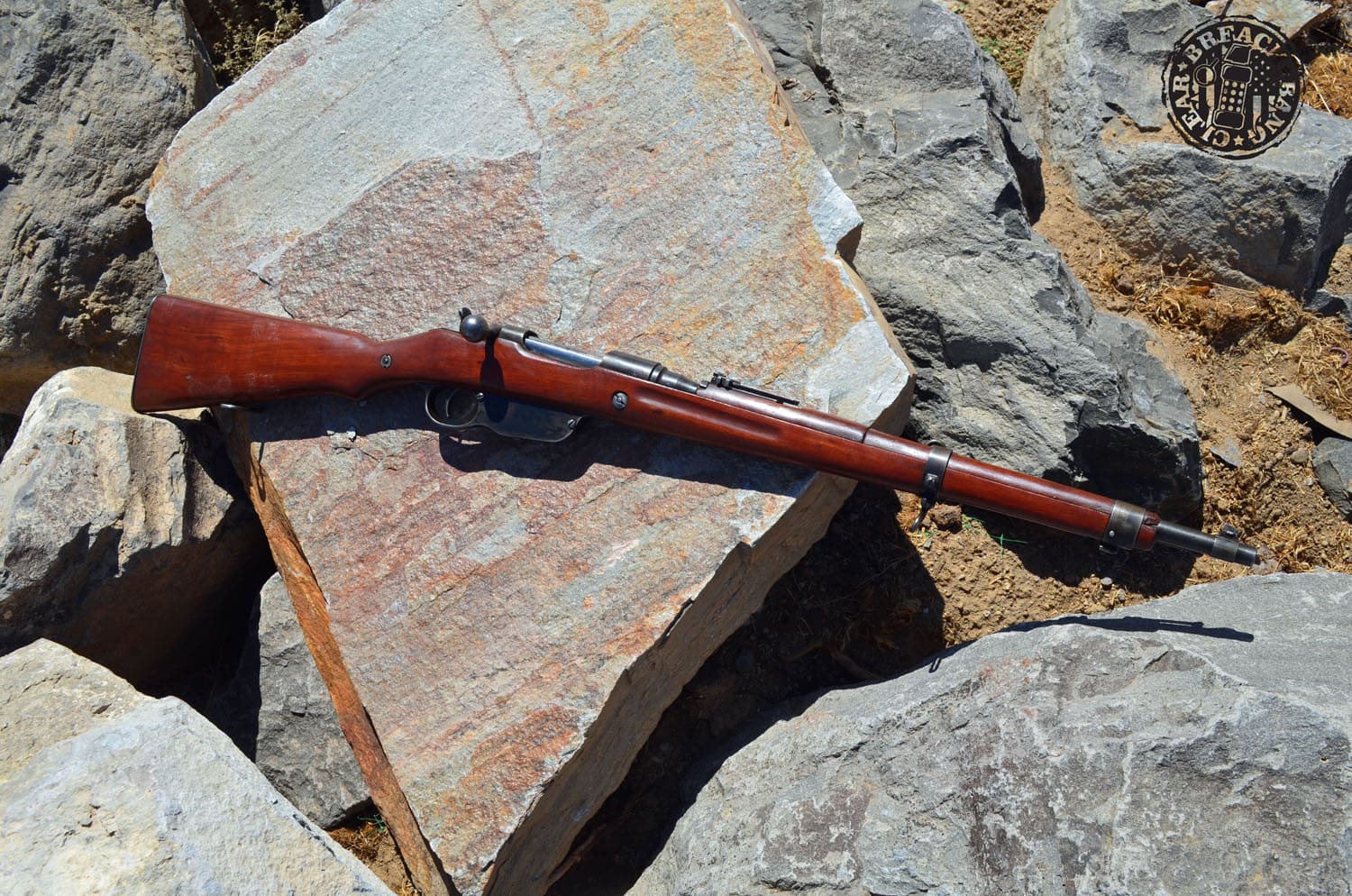 Austria’s Mannlicher M1895: no wonder they lost the war 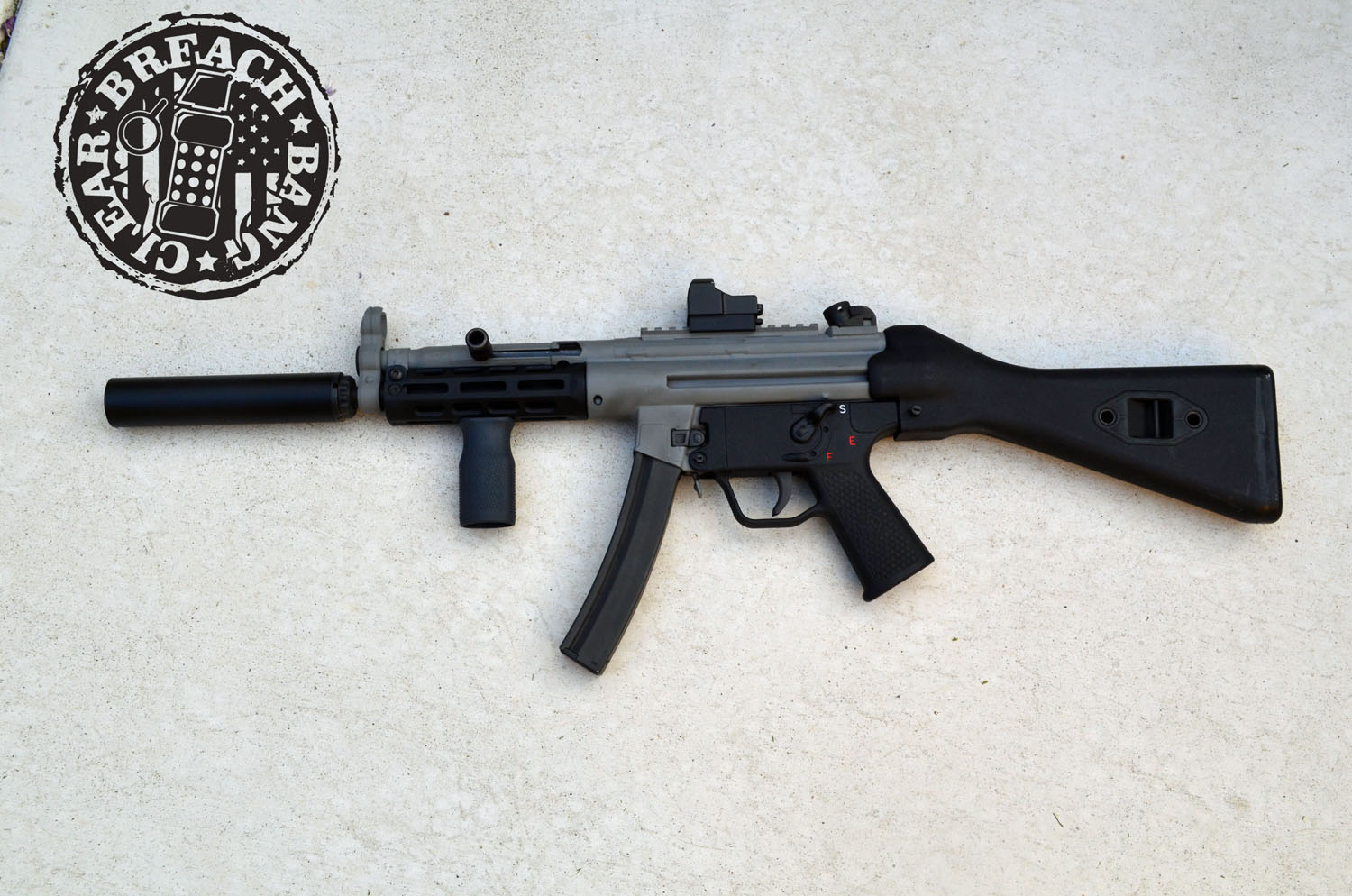