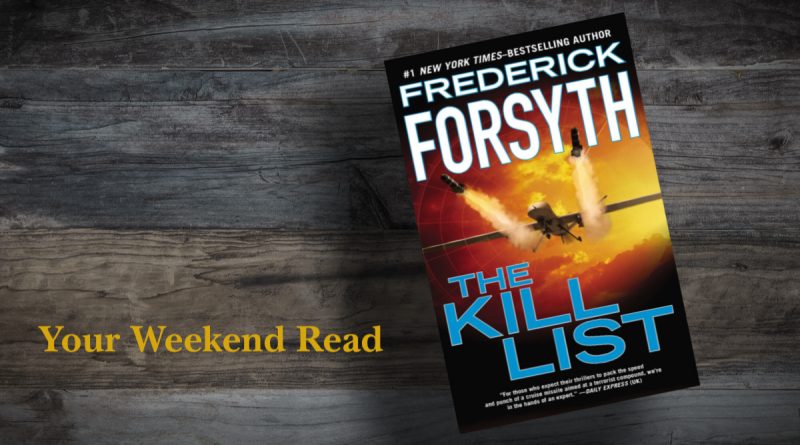 One can hardly thank the current ‘shelter in place’ because of COVID-19 for anything other than it completely inconveniencing our lives. Once I got over being inconvenienced, I started reading. After all, reading is fundamental. Happily, this took me to The Kill List book, by Frederick Forsyth.

In the first two weeks, I read books on how to do stuff, namely surveillance and counter-surveillance, snubby revolvers, and a terrific book by a Swiss officer called Total Resistance. After reading these, basically manuals I was getting a little bored with my reading list.

When I was in 7th grade, which seems like a million years ago, my mother and I were at our local grocery store in tiny Benson, Arizona. While she wandered the store and got the groceries needed, I perused the magazine rack. There, I found the magazine that would make a huge impact on my life, and the lives of other young men, and perhaps a few young women, for the rest of their lives.

That magazine was Soldier of Fortune (SOF). That issue of SOF just happened to be the first issue and the magazine ran from 1975 until 2016. Inside that magazine, as the years progressed, I would read about faraway places like Angola, Rhodesia, South-West Africa-Namibia, and Burma.

I would also read book reviews about various subjects from interesting authors. One of them was Frederick Forsyth and his book, The Dogs of War. I had read about that book in a previous issue of SOF and had remembered seeing the paperback edition for sale at a local store. Off I went to get that paperback and I read it a day. Then reread it, then reread it again, and again. I really loved this book… at the ripe age of 14.

Throughout the years I have read every Forsyth book the man has written, and occasionally I will return and reread Dogs of War again.

In 2013 Frederick Forsyth was on a book tour for his latest book, The Kill List. A local Scottsdale, Arizona books store, The Poisoned Pen, was hosting him so I jumped at the occasion and went to go see him speak and get a copy of his latest book and hopefully get him to autograph it for me.

The premise of The Kill List is one that, in today’s Global War on Terror, there is a list of targeted individuals deemed to be so dangerous to the United States, that the President, together with his national security and intelligence advisors track, find and kill.

Generally, these kills are surgical in nature and are done by unmanned piloted vehicle (UAV) firing a Hellfire missile or dropping a ‘smart bomb’ on to a target. Much of Forsyth’s novels have a grain of truth with them in that they are thoroughly, if not meticulously, researched and are delivered to the reader in such a fashion that you feel you are there.

The ‘main target’ in The Kill List is The Preacher. The Preacher, using online Jihadi web sermons, radicalizes followers in the West to carry out attacks. During one such attack, a retired Marine general is murdered, whose son is the main hunter of men and is known as the Tracker.

Through a series of near-misses, tons of intrigue, toss in some Somali pirates and you have the makings of a great story that is literally taken from today’s news stories. The story is eerily like that of American-born Anwar Al-Awlaki, who was also a preacher of sorts that was taken out by a drone in Yemen in September 2011.

Having spent a little bit of time under square canopies skydiving I partially liked this particular passage of the novel. Frederick Forsyth gets it right.

Although he could not see it, the altimeter said the troop was passing through 15,000 feet. They would open chutes at 5,000. As the lead jumper, it was Barry’s job to ease ahead and, and using experience and the dim light of the stars, try to pick a landing zone smooth and as rock-free as possible. Even from 25,000 feet, the free fall only lasted ninety seconds. The others gently moved into a staggered formation, never losing eye contact with each other. The Tracker reached for the pocket in his chute lack to make sure he has contact with the chute release mechanism. Pathfinders do not use the D ring rip to open the chute. They preferred the manual release.

While The Kill List book is seven years old, and Forsyth has since written The Fox (in 2018), The Kill List is still relevant and is taken from today’s news.

Enjoy a good book? Check out all our Weekend Read articles.

A proud descendent of both Titus Pullo and student of Cat Shannon, Yancey Harrington is a former US Army paratrooper. He is a noted open source INTEL analyst, Brazilian JJ cultist, and world traveler who spent a lot of time in the PMC/PSC world in both Iraq and Afghanistan. If you pay attention to his social feeds you'll frequently see him jumping out of various planes and helicopters all over the world. Usually (and inexplicably) alongside local military personnel. And eating BBQ in Russia or South Africa. There is a good reason we call him "The Most Interesting Man in Arizona." 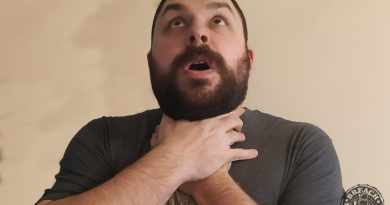 Sleep Apnea | The Not So Silent Killer

Your Weekend Read – Lest We Forget