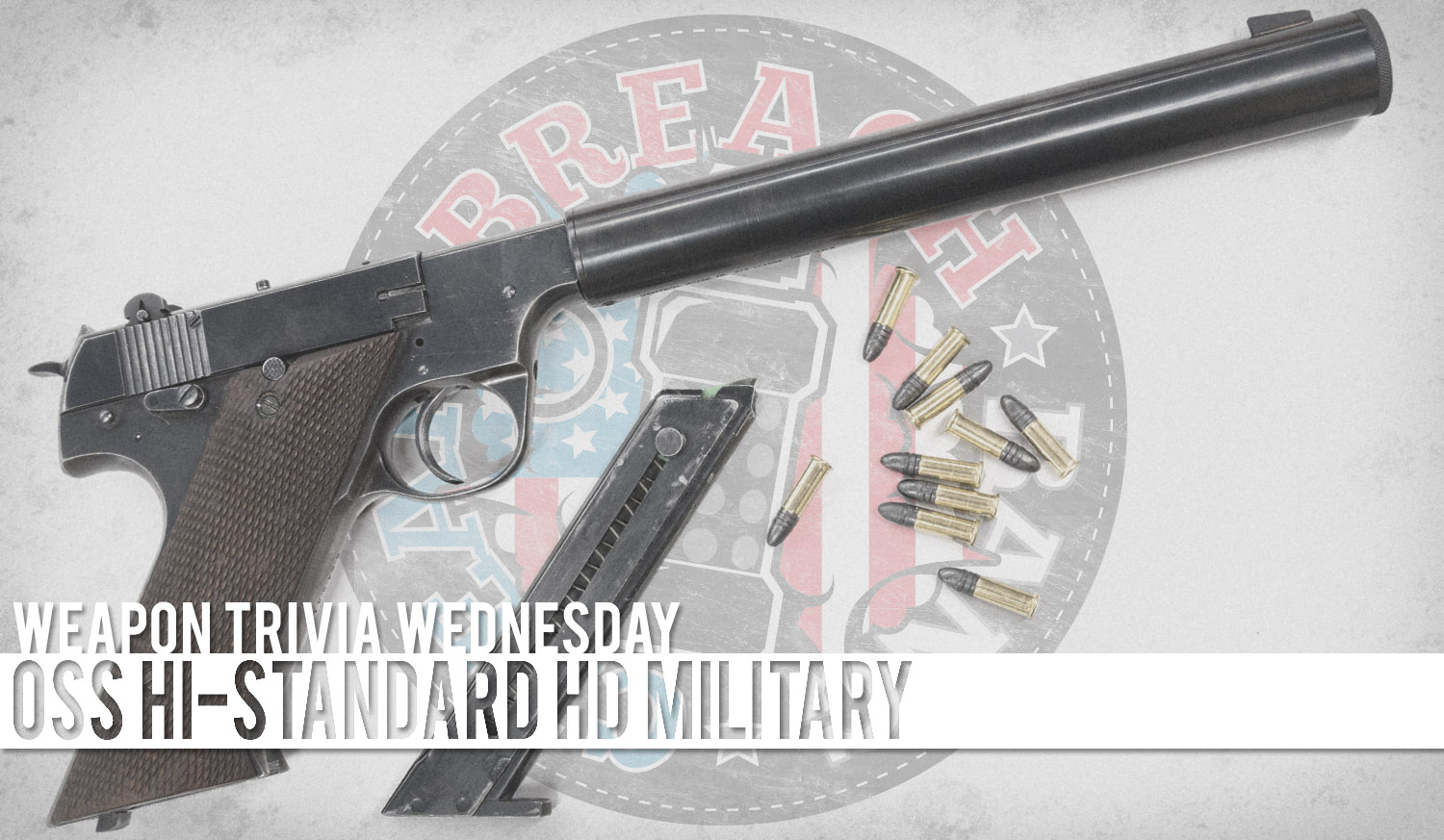 Today’s guest post comes from Alexander Crown. While he is an employee of JTF Awesome team member Gemtech, this isn’t an advertorial–his position at Gemtech affords him some additional insights on some topics and also gives him the unique opportunity to show us some cool stuff. We cannot confirm nor deny that one of our minions has fired the handgun featured today in his kitchen. Mad Duo

Before President Gerald Ford wussed out and decided in 1976 that clandestine murder of our enemies wasn’t good for his appearance on the international scale [Executive Order 11095], America employed legions of James Bond-esque operatives armed with stealth weapons. The average Joe typically only sees these weapons in history books and video games . The Hi Standard HD Military was one such weapon developed for the OSS in 1942. Original development of these pistols utilized a variety of models including the Colt Woodsman and Hi Standard models A, B, C, D, and E.

When the OSS began searching for a quiet weapon they began with silencers using Hiram P. Maxim designs. These proved either too costly or would not perform to the standard. They then “Swiss cheesed” the barrel, used a wire mesh screen roll and outer tube, and that design fit the bill. In addition to providing suppression, the barrel porting aided in lowering the standard velocity ammunition of the time to subsonic speeds. 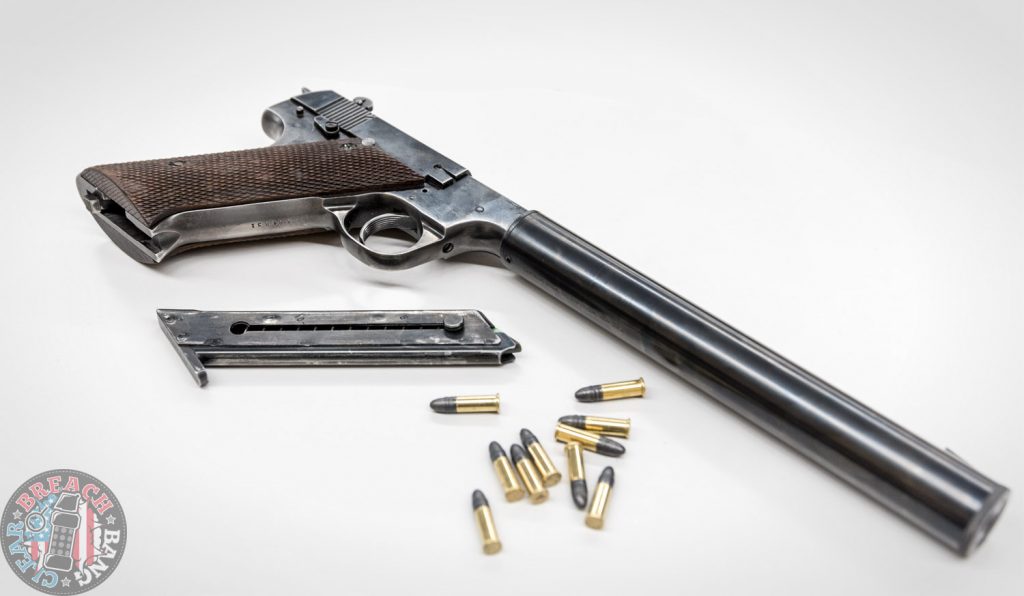 The issued pistols were shipped in Hi Standard marked boxes with two screen rolls, an instruction sheet, cleaning brush, one magazine, and the pistol. Instruction sheets indicated that if the shooter did not properly maintain the screen mesh roll by cleaning every twenty rounds, sound performance would deteriorate. This still holds true today when silencer owners neglect their rimfire cans. Luckily, most modern silencer designs lend well to the occasional cleaning as well as lasting longer than twenty rounds. 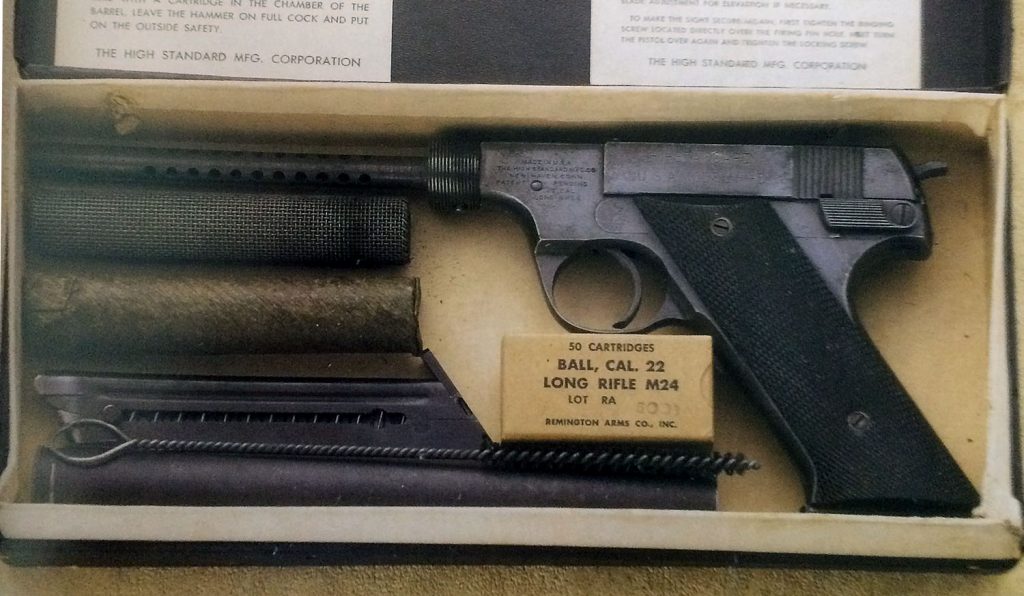 The final models featured a 6.75” barrel with eleven 1/8” holes spaced apart equally. The outer tube was just shy of 1” in diameter and measured 7.75” long. The overall length of the pistol was 13.82” and it weighed two pounds and fifteen ounces. The early models simply read “Hi Standard HD Military” while later models featured “PROPERTY OF U.S.” and displayed the  Ordnance Department crossed cannons. 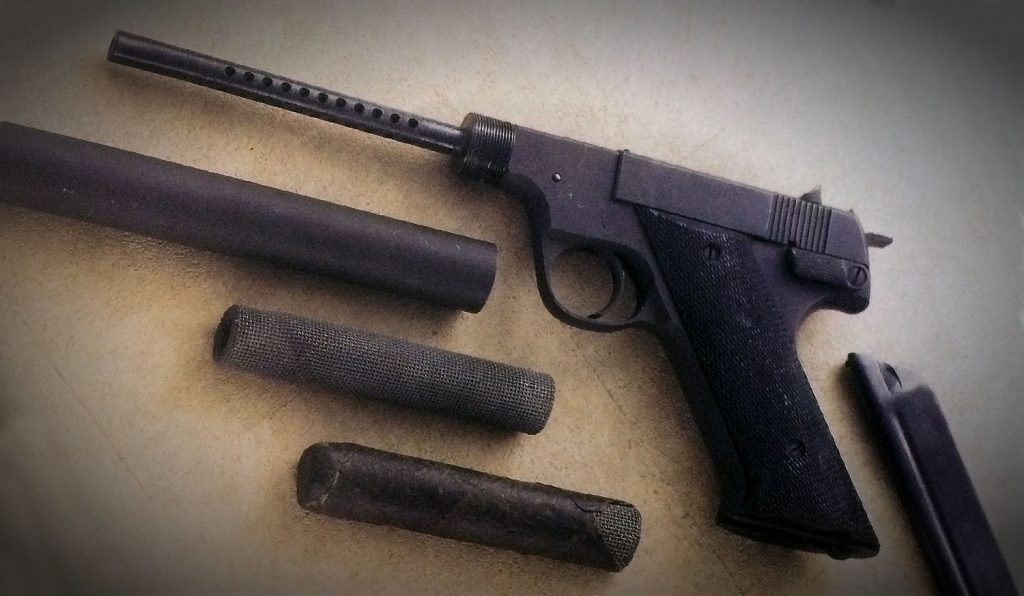 Within the Mediterranean Theater the pistols were met with disdain due to the small caliber, but were quickly sought after once they proved useful for close range urban sniping from windows to dispatch enemy sentries. By the end of the project in 1945, the pistols were considered the quietest option for the killing sentries and carrying out assassinations in closed rooms. These weapons were so effective that several were gifted to dignitaries and government personnel. If only that same mentality held true today. Can you imagine President Obama being gifted an H&K 416 because they are so handy at killing people? 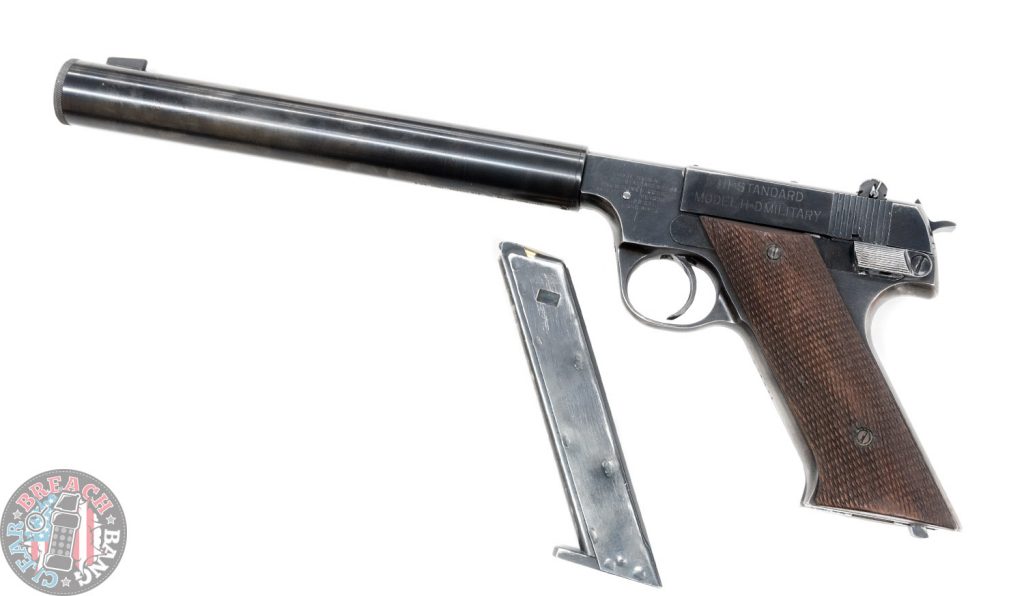 The pictured pistol is a reproduction done for me by my friend and mentor Dr. Phil Dater. Dr. Dater is the founding member of Gemtech. He has been developing and testing silencers since 1976 and is a world-renowned expert. I found this pistol in a local shop several months ago and quickly snatched it up for its historical significance. The store had two, and I chose the prettier one. 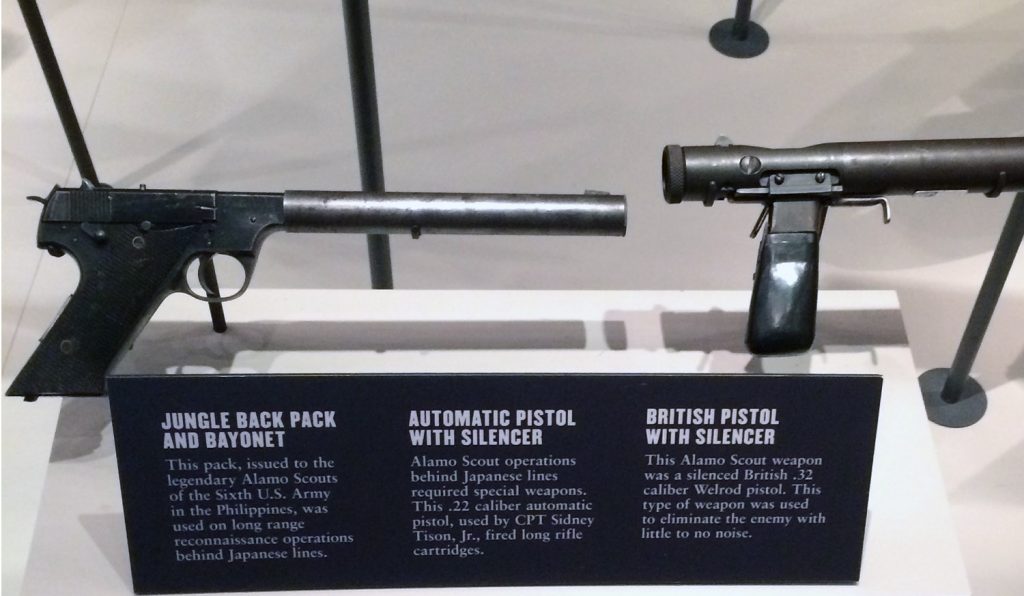 After informing him of my find, Dr. Dater quickly bought the second. He completed the reproductions a few months later. The internals of our pistols are made of modern designed K- baffles and they come apart for cleaning. When we tested them in accordance to MIL-STD 1474D, they measured an average of 118 dB using standard velocity ammunition at one meter to the left of the muzzle. To my semi-trained ear they are pretty damn quiet. 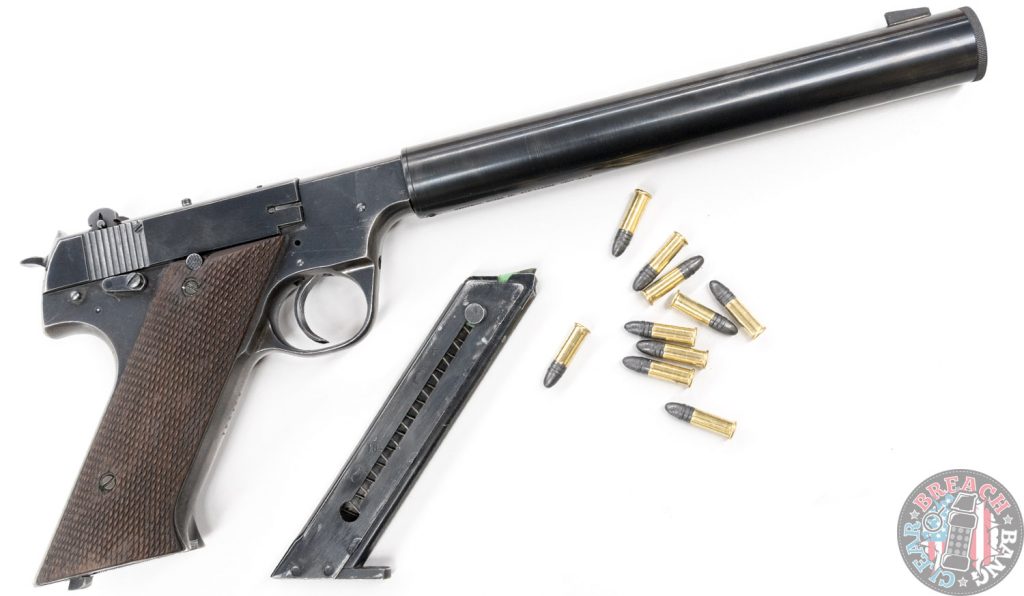 Since I am fairly sure some of you will ask, Dr. Dater did say he would make these pistols for the public. The caveat is that he will only do two a year with the customer supplying an original Hi Standard HD Military pistol in good, working condition. He will charge $2000 plus actual shipping. The down side is he is already booked out for the next three years. 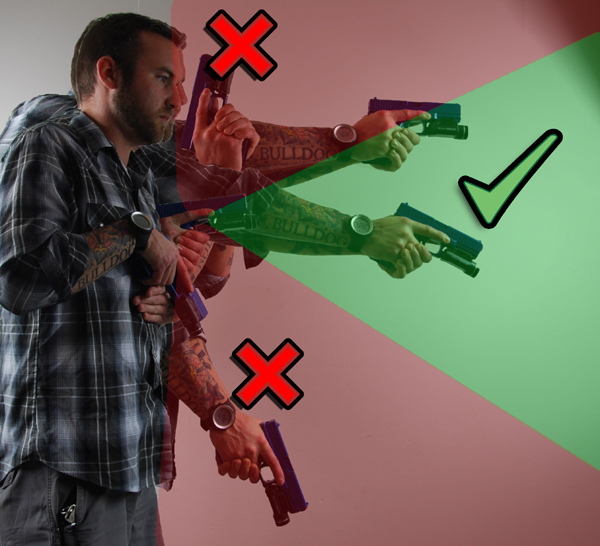 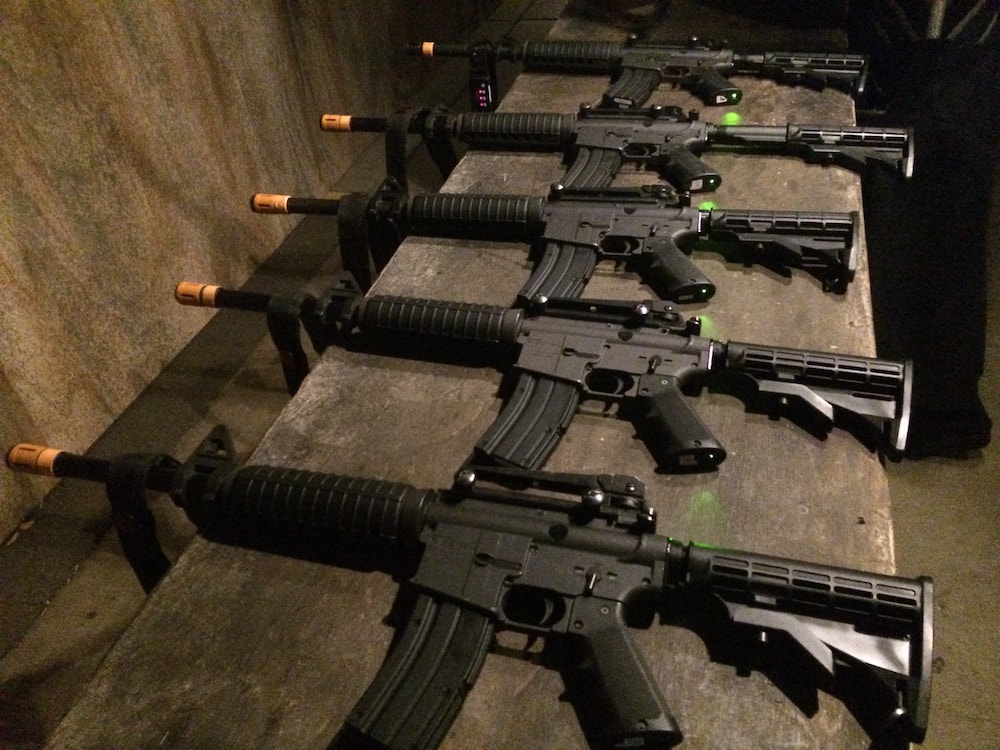 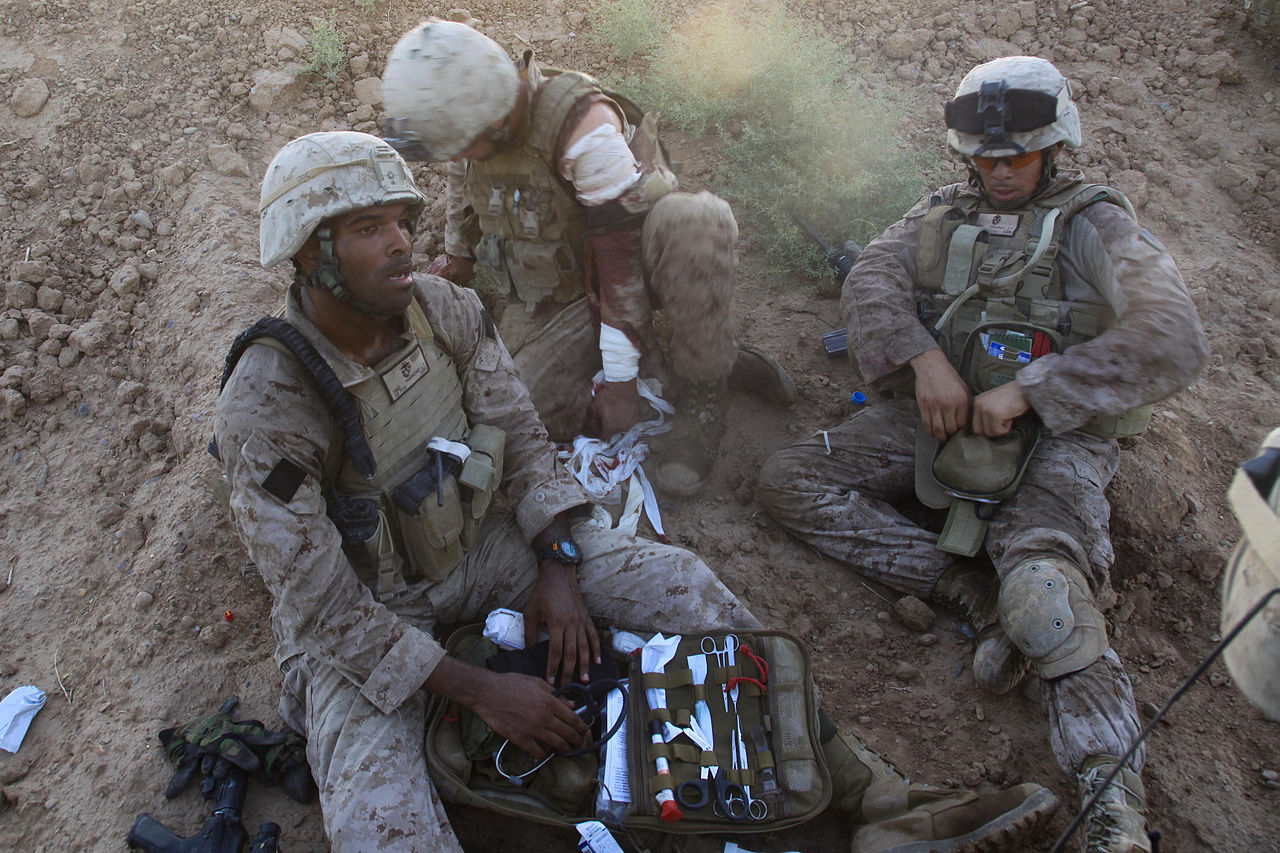 The Missing Link: Blood Belongs in the Body