Practice doesn’t make perfect. Perfect practice makes perfect. Imperfect practice makes rehearsed. You’ve heard a lot of advice on different training philosophies – ways to maximize the results you achieve. The fact is, desultory training (grunts: desultory) is a waste of time, ammunition and money. It may get you killed. Read this and pay attention. Mad Duo (grunts: desultory)

When I was I kid, I was a huge history buff. I was captivated by one of the most cyclical events which occur in human history—the phenomenon of war. Throughout history, you can easily identify warrior cultures and those which were not. The warrior cultures would eventually claim the less brutal and strategic of peoples, taking their land and resources for their own. One of the cultures I admired then, and still do today is the ancient samurai of feudal Japan.

As a teenager, preparing to leave my home to serve in the military, I read every book I could find on how the Samurai lived, trained and fought. Having fought the Japanese in world war two, my grandfather retained a deep rooted hatred for the country until the day he died. In a way, this open animosity drew me closer to my studies.

Mad Duo Nate on taking your rifle to the range and training like a samurai.

There are many conflicting stories and historical accounts in the story of this warrior culture. Often a blend of fiction and fact, you will find a certain existential aspect to many tales, mixed with the possibility of the supernatural (magic), and divine intervention for chosen shoguns as well as individual warriors.  It was during this time I learned the difference between plinking and training. One is the frivolous expenditure of ammunition to merely make noise with little result; the other is hitting your target in as accurate and efficient manner as possible.  As a boy, I shot more rounds of ammunition after school on a daily base then I would during my first few years in the service 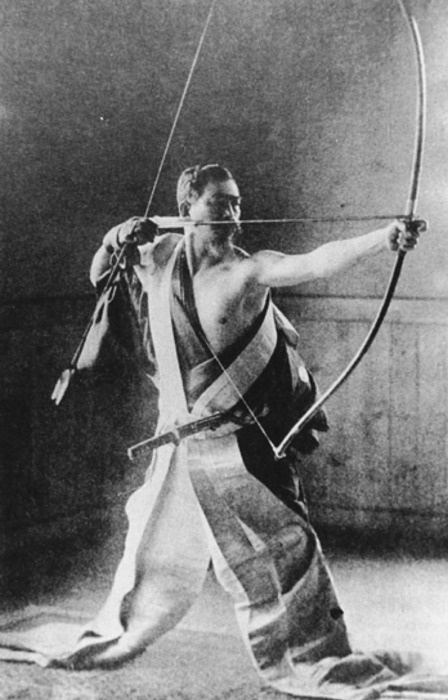 There was story that stands out, which I have based all my marksmanship training off of since I read it as a boy. It came from an account of how the samurai archer archetype would train at his craft.

Every day the archer would awake and conduct his morning routine. Eat breakfast, spend time with the family, paint or write poetry. Do whatever he pleases until he felt relaxed and ready, his focus sharp and mind clear of distraction. He would then leave to train, going outside with his bow and equipment. Starting his craft, the profession of arms, early in life, he has grown up with a bow in his hands. Setting a target up at close range, he will shoot one arrow into the bull’s eye. He will then pace out a further distance, and again shoot a single arrow into the center of his target.

He will repeat this for every distance his bow was capable of shooting accurately, reaching his own maximum effective range. Ten arrows, ten bull’s eyes.  If he missed a single target, he would shoot until he hit the bull, and upon striking it, he would immediately cease training. Why? So that his mind and body would remember what it took to hit, not reinforce what it takes to miss. His archery practice complete, having ended on a high note, he would go train with the sword or spear, or simply retire for the day. The next day he would repeat this routine, starting with a first round hit, at a seemingly ridiculous distance, then proceeding to hit with one arrow at every range that he could. He would start with success, and end with success. If that took 10 minutes or two hours, it didn’t matter. He didn’t walk off the range a failure. 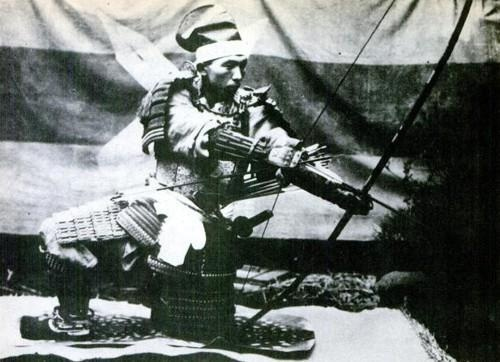 I don’t go to the range to plink; I go to the range to train. I go in the cold, the heat, the rain and snow. There is no such thing as perfect weather in which you should refine your skill. You are as likely to smoke a violent criminal in a parking lot in February as you are in July. You are as likely to defend yourself in any month or situation as the next. Indoors, outdoors. Rain or shine. If you wear gloves every day in the winter cold, wear them when you shoot in winter months. Train as realistically as you can, don’t cheat yourself and set yourself up for failure because of the  plainly visible variables you worked your way around. If you carry concealed daily, but always wear a battle belt to the range to train, you are probably setting yourself up for failure.

Consistency equals accuracy in all ways.

On the range, I start at a very close range. A range that I know I cannot miss at. A distance that gives immediate positive results. Satisfied with a first round hit, I will move further away and focus at least one magazine on the fundamentals of marksmanship, with slow accurate fire. Once again good hits are expected, or I will not move on. The bulk of my ammunition will be spent on drills I need work on. My weak points. I go to the range to find my deficiencies and improve on them, not make myself feel like a bad ass.

I want to fail, so that I can learn how not to fail.

I want to fail on the range, so that the likelihood of failing real world is less likely. But if I should fail, I have conditioned my mind and body to correct the problems and stay in the fight. After I have shot each drill to satisfaction, I end on a high note. I will end the way I began, with success—even if that means going back to the tediously close target. Shoot slowly and concentrate on the fundamentals; half-way through that magazine, if you shoot a perfectly placed round, STOP. There is no shame in going home with loose rounds. Take them home for next time, or give them to a training partner. Just don’t waste them, reinforcing subpar accuracy and leaving the range frustrated after a good day of improvement. Start with a perfect hit, leave with a perfect hit. This is not an unreasonable goal. 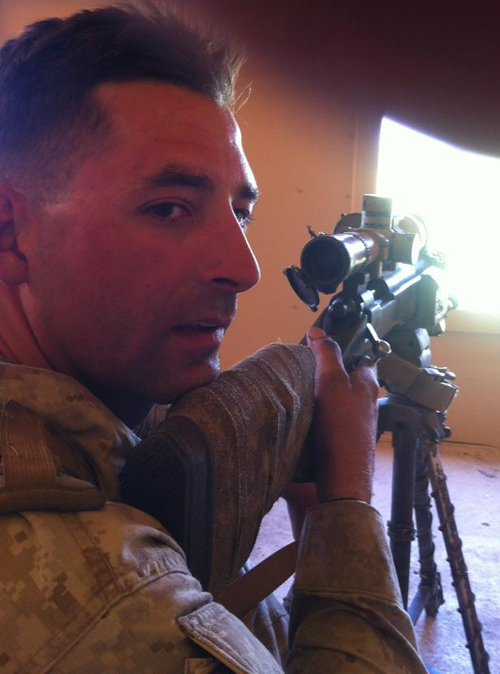 I have found throughout my life that shooting this way has paid dividends. I have not always had the opportunity to train or to fight this way, but the mindset of the Samurai Archer has always stuck with me. To miss is unacceptable—train the possibility out. A shot is not always a hit, always get your hit. Hit until you no longer need to. This format of training has held true for me for the times where I could not train due to deployments, ammo availability or lack of money in the bank. I reinforce live fire by conditioning with dry fire whenever possible. If I’m broke, and have little money for classes let alone ammunition, I will scale down my round count to still follow this basic format.

Over the years many people have heard me tell this story, and my adaptation of it in my individual training. Many of my junior Marines and peers, as well as civilian friends have adopted their own form of this system, with great result. It’s not for everyone, and perhaps there is no value to it other than believing in it enough to foster consistency and accuracy in the mind. People have mocked it, or have told me it’s wrong, based off historic fiction, or is just a dated way of training. That’s fine. It works for me, and I don’t expect that to change. Regardless, go to the range with a no-shit plan. Follow that plan, and find your failure points. Improve them, and revisit them even once you have become satisfied with your skill. Remember that the mastery of the basics is more important than the cool guy drills executed terribly. 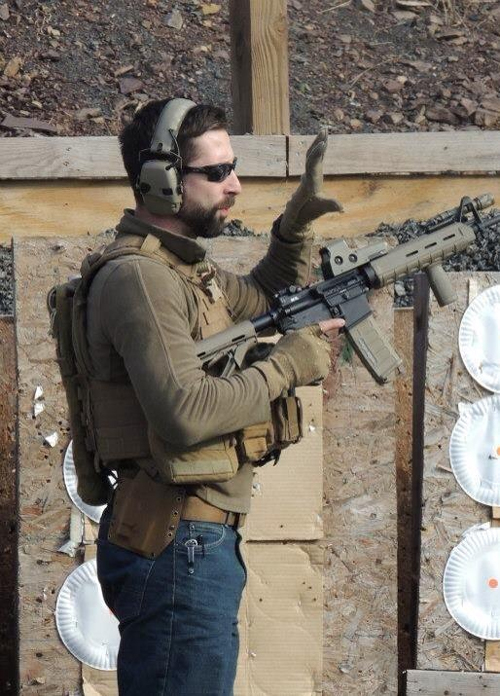 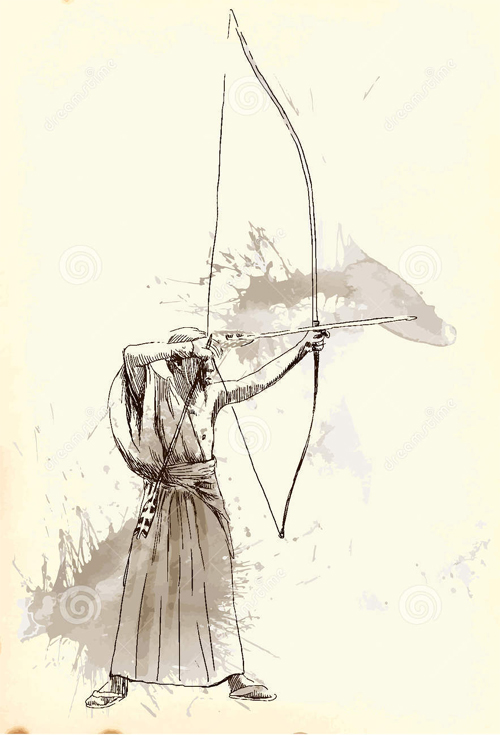