Load My Mags and Tell Me I’m Pretty 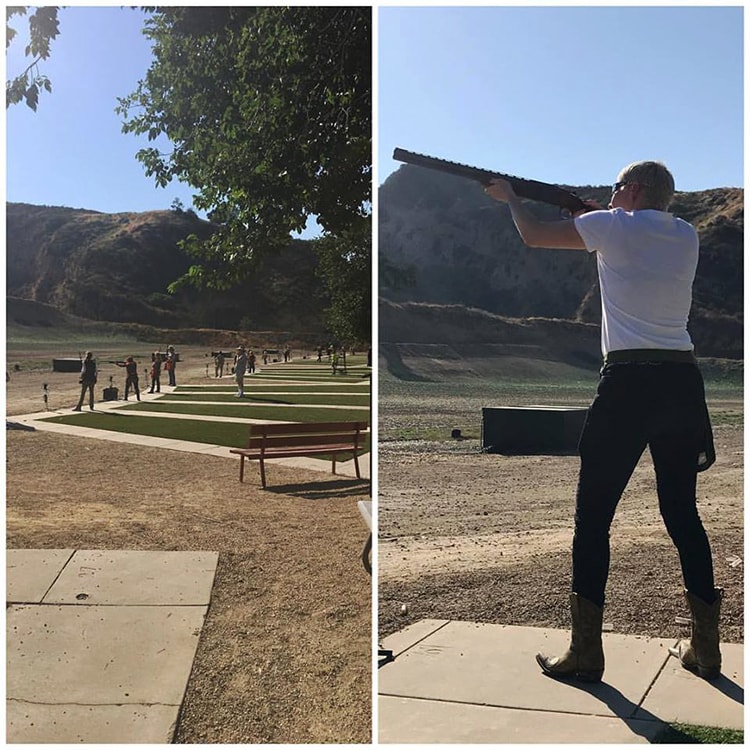 We’ve known this woman for a long time, and let us assure you — if you’re not friends with her, you’re missing out on some awesome.

Brought to you today by MadDuo.Co. Tactical Apparel and Haute Doorkicking Couture

Some communities are stereotypically male. Firearms and hunting enthusiasts fall well within that preconception, and with good reason. Drop by any shooting range or in-season hunting camp and the testosterone is palpable; listen in on a gun-related conversation with a female and the condescension is nauseating. Female representation in the firearm media is often stereotyped as well: the scantily-clad, big-boobed “gun bunny” with her pink camo .22 whose primary purpose is to serve as eye-candy is a particularly egregious example. 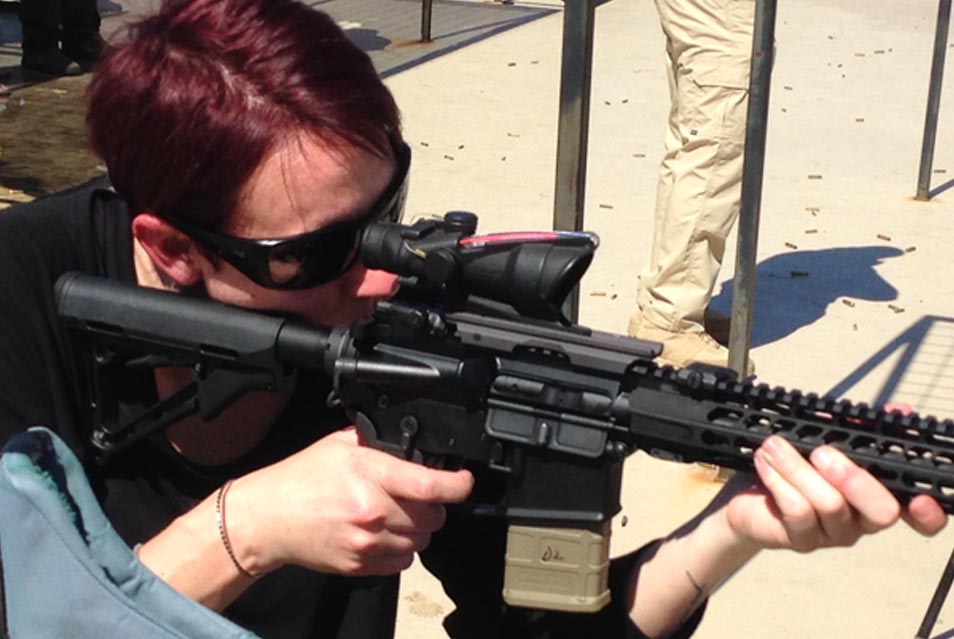 Anyone who has been paying attention, however, has noticed the increasingly serious female presence in the firearm world. There are gun enthusiasts, concealed carriers, competition shooters, hunters, and often a mix of those. Range trips now, thankfully, consistently see more female participation than those of just a few years ago. These are women who aren’t just there just to watch their husbands or boyfriends, nor are they grudgingly accompanying someone else. These ladies have their own weapons and gear and, handled themselves and their firearms well, and shoot as well as anyone else.

Fact is, many of these women are faster and more accurate than you are. Or I am. Or other members of the Breach-Bang-Tribe are.

That is, as we see it, a Good Thing, and we say with women like this in mind: 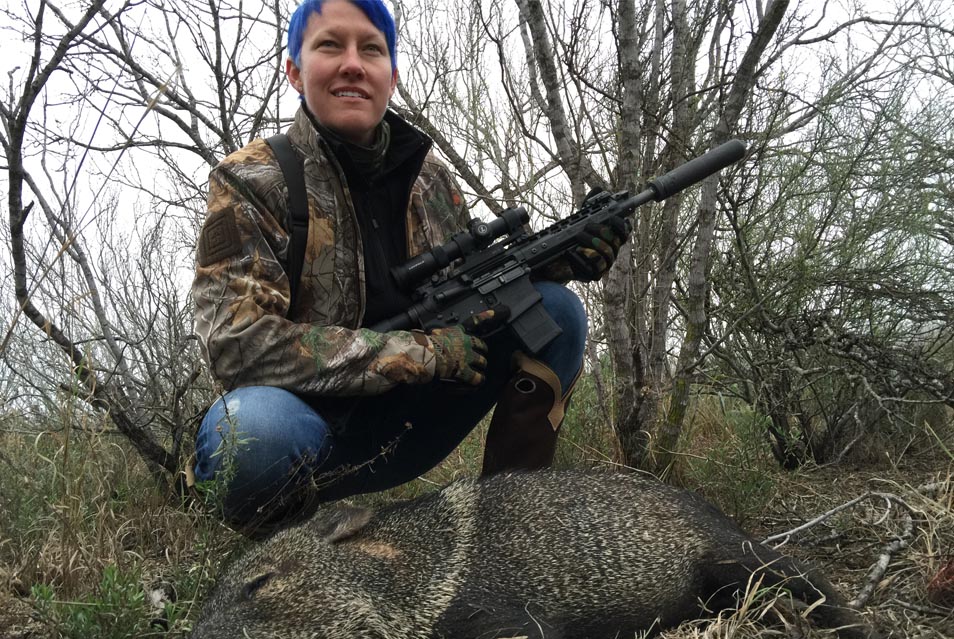 Dillon is a woman of conspicuous contrasts — she’s classy, dignified, and perfectly willing to get a little blood on her hands.

Women like Tiffany Yerby Dillon are the leading edge of the growing females and firearms trend. You may not recognize her name, yet, but we guarantee you’re already familiar with what she does. Tiffany is the Director of Design for 5.11 Tactical, a company no doubt well-known to the readers of this publication. She also serves on the Executive Committee of the NRA Women’s Leadership Forum and works with NRA TV’s Love At First Shot. 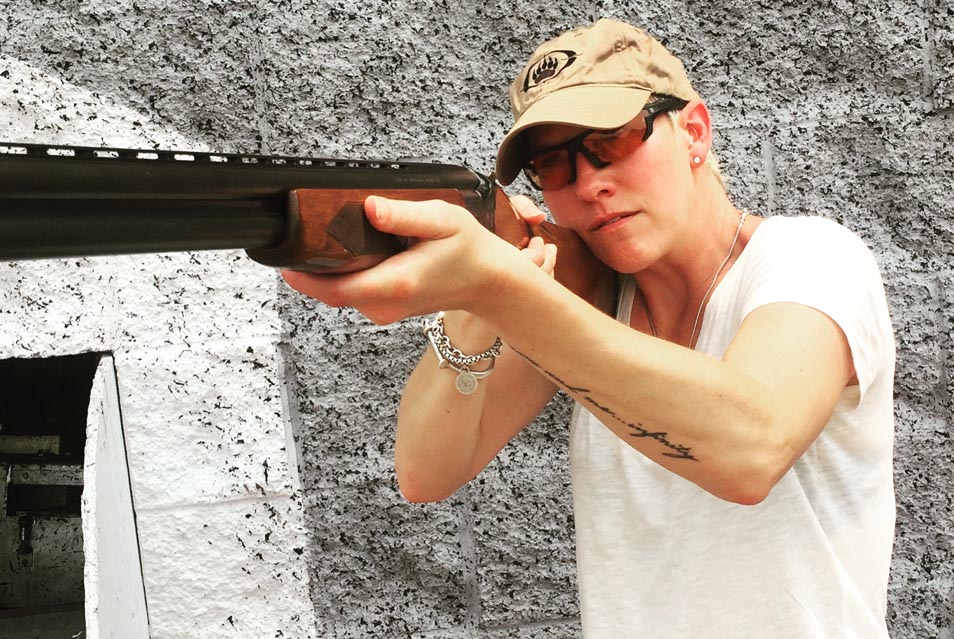 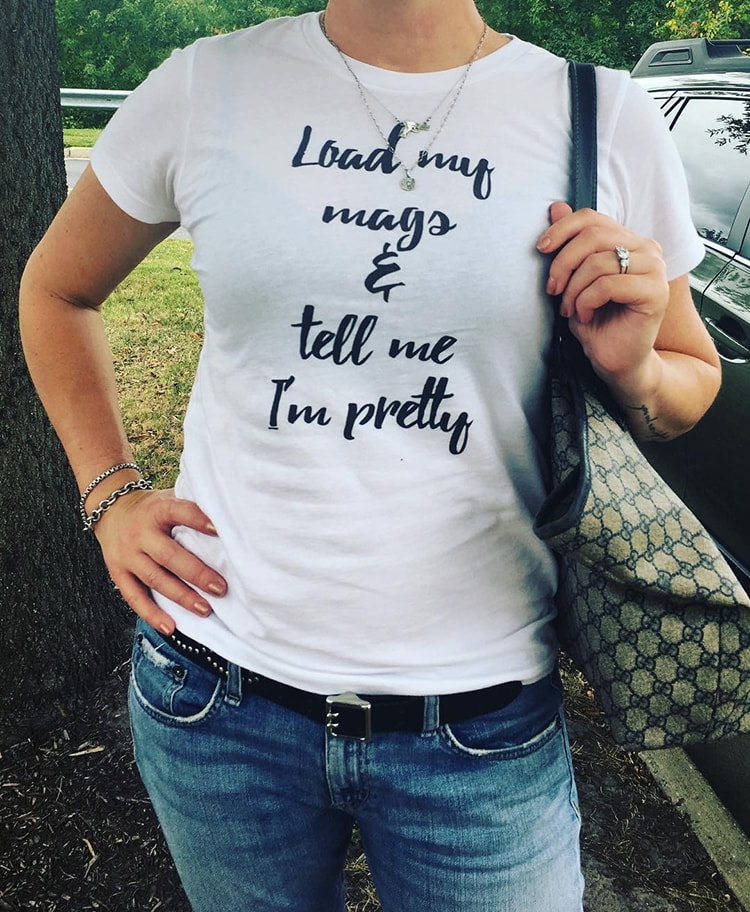 Though more than familiar with haute tactical couture, Yerby has her own inimitable style.

TYD has only been seriously involved with firearms and hunting for about six years, but she’s always been an outdoorsy type. Her fashion career followed those interests. She spent seven years at the outdoor clothing firm of Royal Robbins, followed by a three-year stint in England designing clothing for snowboarders (cool stuff, literally). She described the latter work to us as being “F-ing bone-chilling cold and wet, but fun!”

While at Royal Robbins she worked with Dan Costa, who went on to found 5.11, marketing mostly (at first) to rock climbers. After leaving England for California, some former colleagues from Royal Robbins brought her to 5.11.

The toughness of 5.11 products lent itself well to the tactical community, leading to the expansion of the company’s offerings in that direction. Tiffany has obviously been a significant part of that development, especially into the female demographic. As she explains, “5.11 Tactical customers stand for something.”

It is her earnest, sincere desire that the company meets their high standards. She sees her job as being a, “…champion for women; to be creative in bringing them the best products available.”

Although a relative newcomer to hunting but has made up for it, regularly going afield for hogs and doves. Her first hog hunt yielded a 240-lb. boar and 170-lb. sow, a robust harvest by anyone’s standards! Since that time she’s built her own AR-15 hunting platform, a process that she describes as “challenging and fun,” but sometimes frustrating due to her competitive nature. No doubt many of us can relate to that.

Taking up the shooting sports led Tiffany to the NRA, where she quickly became a voice for the growing female membership. Here too, she looks to change the “gun bunny” stereotype. In our opinion, this can only be a good thing for the NRA and the gun community at large. The NRA has been subject to recent criticism over certain political concessions, and rightly so, but it’s the most visible advocate for gun rights we have. Having good people in positions of influence is the only way to right the course of the ship. We believe Tiffany is one of those people. 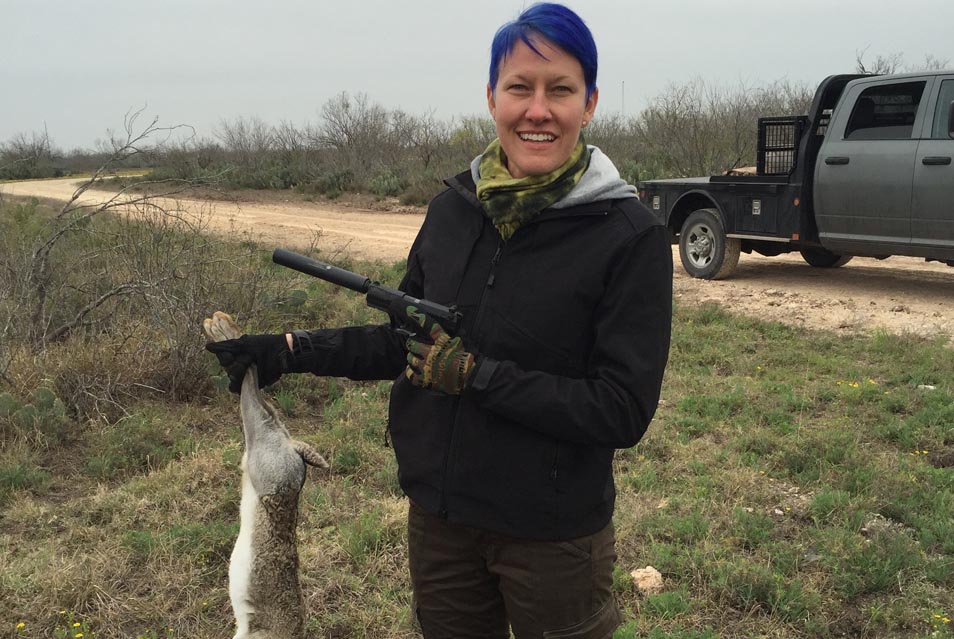 Living in Southern California, the huntress is well-aware of the encroachments on the rights of gun owners by certain governmental figures and entities. She works against the more onerous (which would be many) California gun laws, which she says are unconstitutional (no argument from us there), though she and her family are looking to move to a more firearm and freedom-friendly state.

In talking with Yerby we sense a kindred spirit, a strong, intelligent ambassador for the shooting and hunting community, and a dedicated defender of our lifestyle. Plus, we dig the blue hair. Given the current (and seemingly perpetual) political environment, we need influential voices, especially those wh0 break the pro-gun stereotype. Tiffany is one of those voices. Here’s hoping she is but the vanguard of broader female participation in our sports and community, and that women hunters and shooters won’t be a novelty for long. 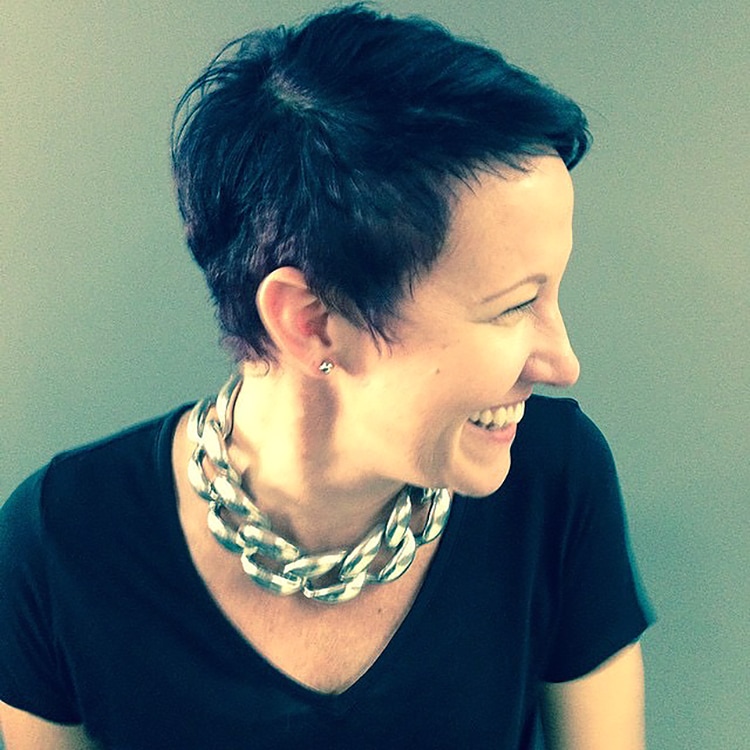 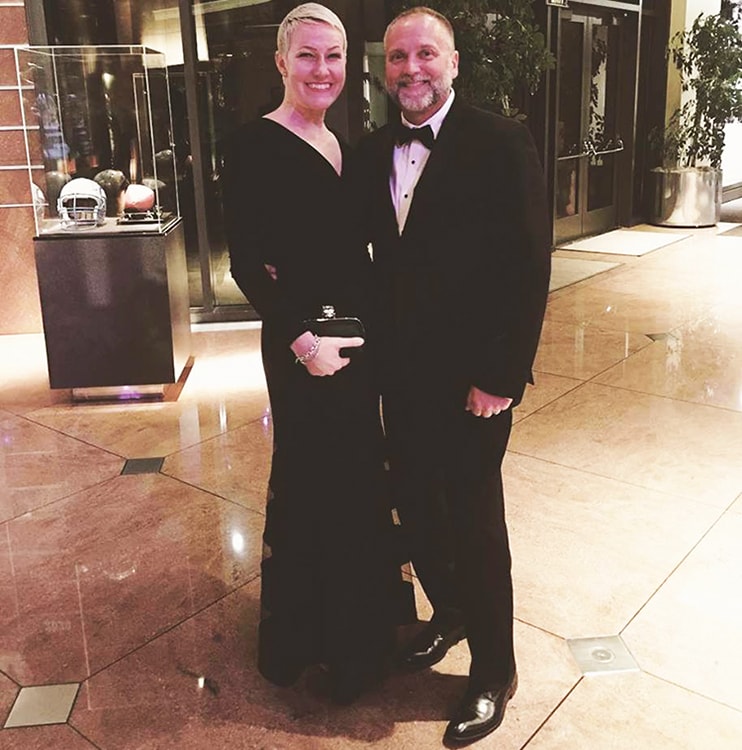 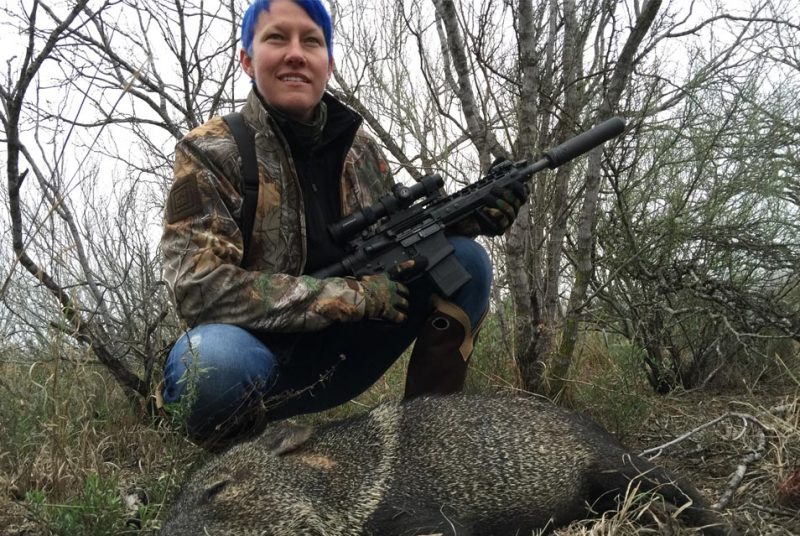 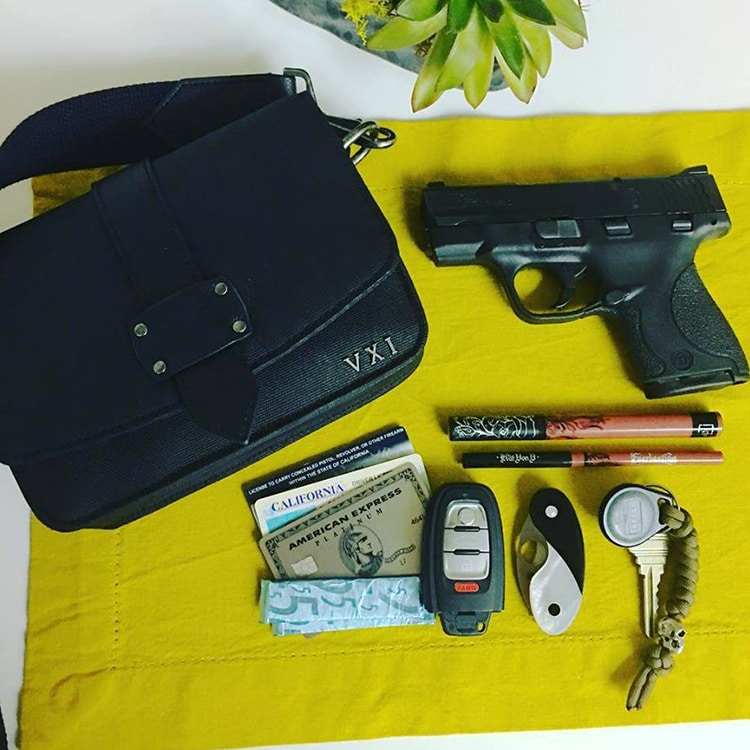 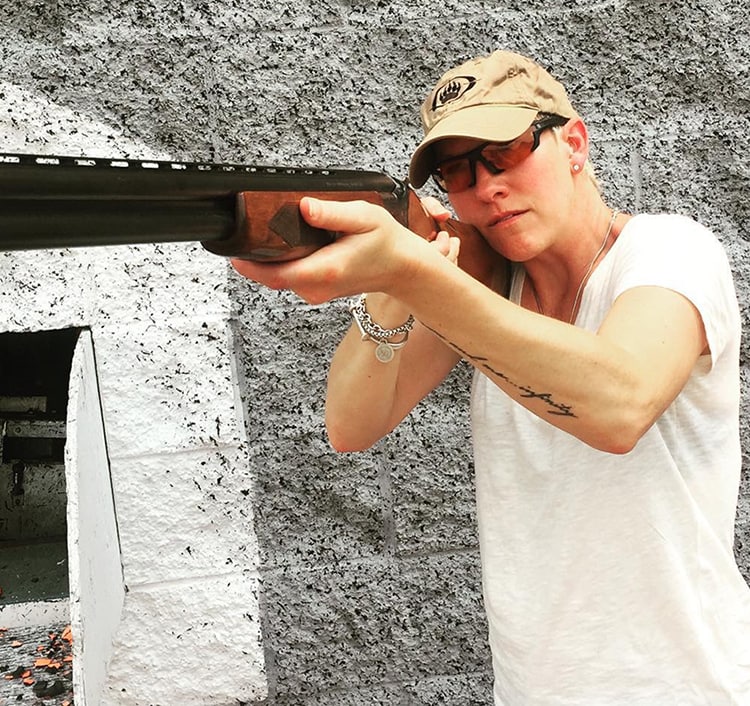 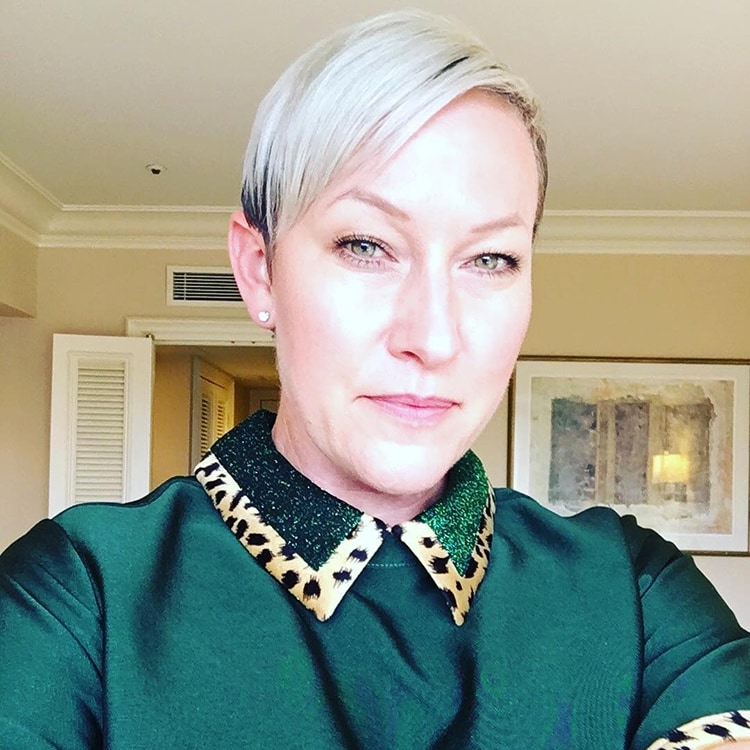 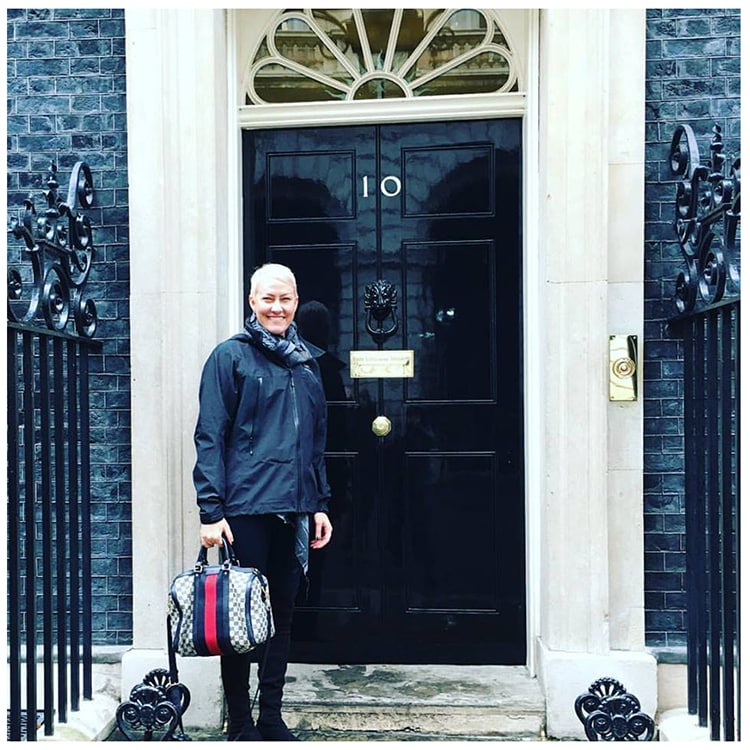 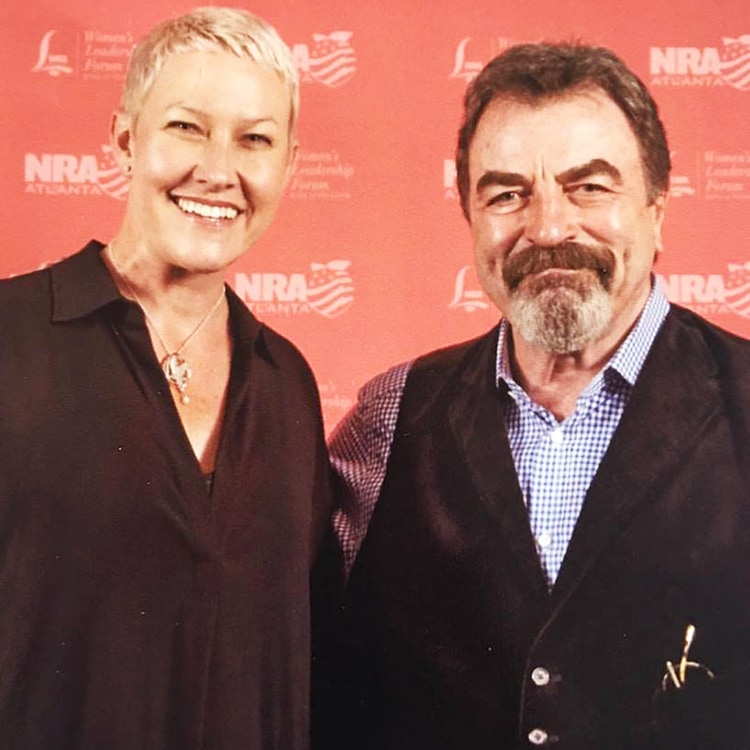 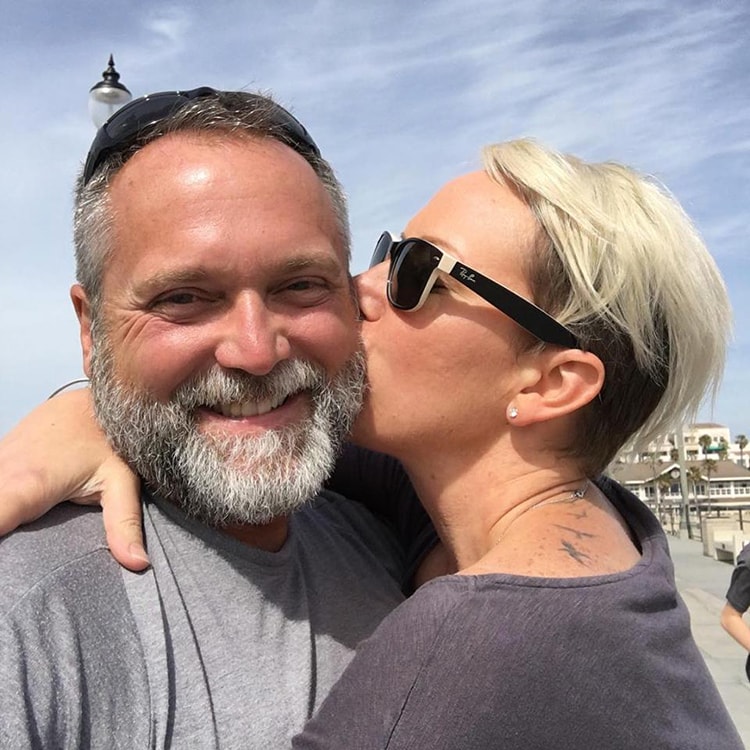 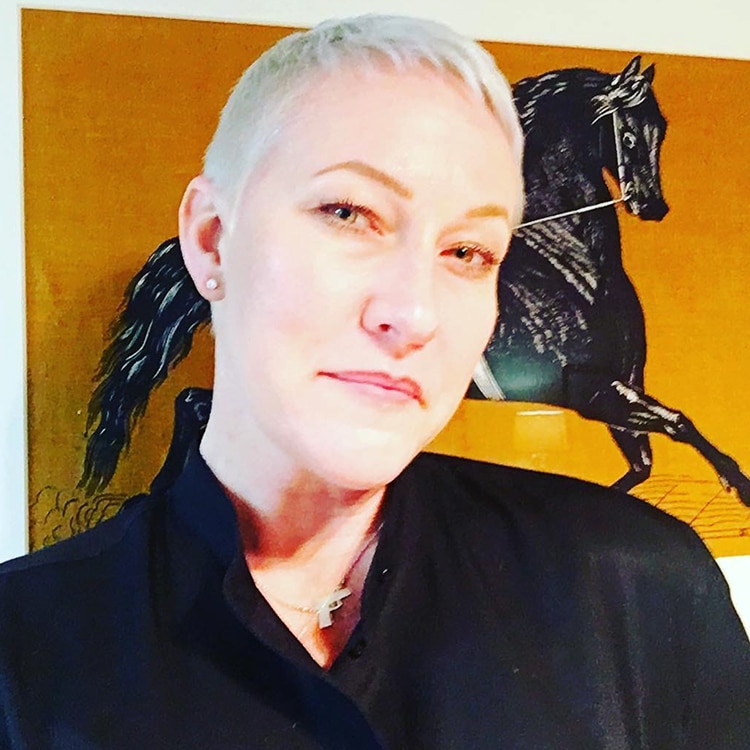 Not So Fast, We’re Not Done

There’s lots more to talk about, and much Tiffany has to offer — let’s don’t forget, for all her loyalty to 5.11 Tactical, she was an accomplished professional long before she worked there. And, as someone who came late to the firearm world, she has some insight that many of us who have lived there since forever just don’t have. Talking to someone like that is a good way to stave off myopia, so. If you have some specific questions you want us to ask her, or if you’d like for us to arrange some sort of online Q&A session, let us know in the comments. Ask your questions yourself, or give your daughter/niece/granddaughter the chance to do so. We’ll reach out to her and get it done.