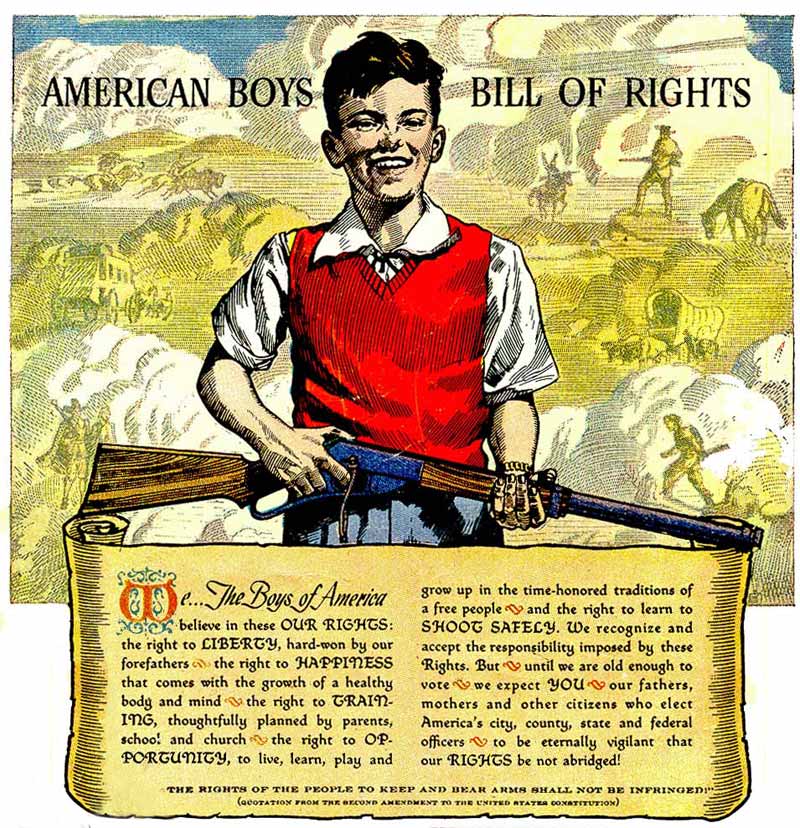 Once upon a time, firearms were a part of many a school curriculum – safety, marksmanship, cleaning, proper handling. Now you’re asking to be ass-raped in prison if you take anything even remotely gun-like onto any sort of school property. How did we get to that point? Is this a mistake on the part of society, or just one of those “necessary evils” that a modern, litigious and reactionary society forces us to endure? Now, we’ll admit things shouldn’t always be “the way they used to be”; some of our minions for instance remember attending schools wherein students as young as 6th grade were allowed visits to the “smoke hole” (a place where it was permissible to smoke or chew on campus). The reinstatement of smoke holes might not be a priority, but it’s hard not to miss the gun clubs and firearms safety classes of years past – particularly given the scarcity of social firearms-friendly organizations available to youngsters these days. The Boy Scouts still teach marksmanship and safety, for instance, but they’re one of the few youth groups that still do. 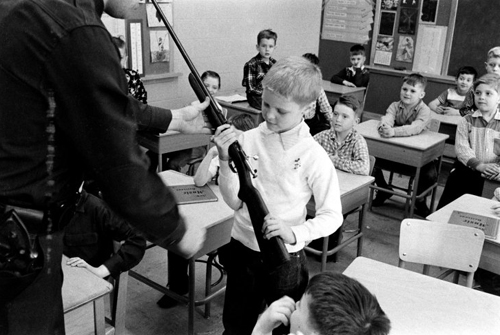 Is there a way to correct this deficiency (if indeed it is a deficiency) or is it just one of those idealistic but ultimately quixotic things we should just accept? One could make the argument that, wistful reminiscence aside, that energy and effort might be better directed at genuinely attainable goals. One could argue that a firearms class is just as acceptable as driver’s ed. We don’t think anyone can argue that, when it comes to guns, we’re in a much sadder state now than just 30 years ago.

As far as the Mad Duo and our minions are concerned, we like they way our friend Duane Liptak of Magpul put it.

“So I was watching Lassie episode with the boys this morning…in this particular episode, there was a meteor, a chimpanzee on the loose, the old man blasting stumps with dynamite and mom toting a side by side shotgun, all prefaced with common sense safety message like, ‘You have to treat explosives with respect’ and ‘You be careful with that shotgun’. How the heck have we gone from that to expelling kids for pointing their finger and saying ‘pew pew’ and portraying everyone with a firearm or explosives as a terrorist in just a few decades?” 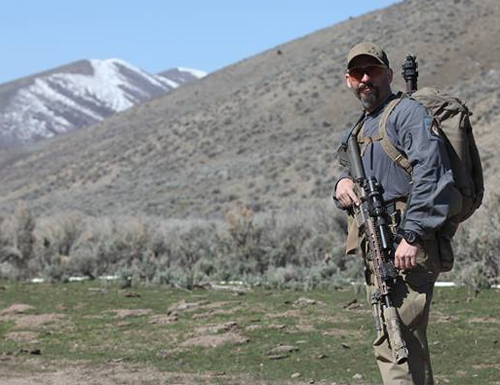 Damn skippy, says we. Pretty sure that’s as accurate and succinct as it could be. What do you think? 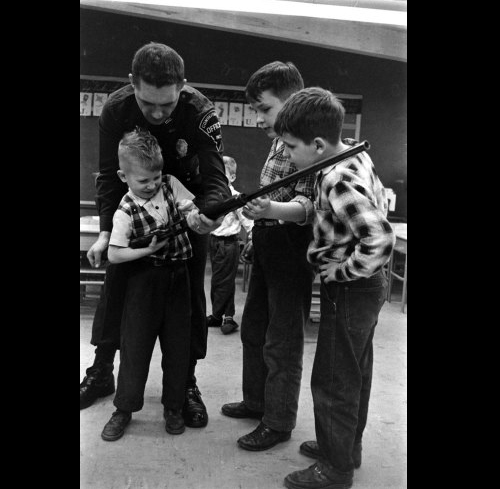 5 thoughts on “Teaching guns in school – tilting at windmills?”