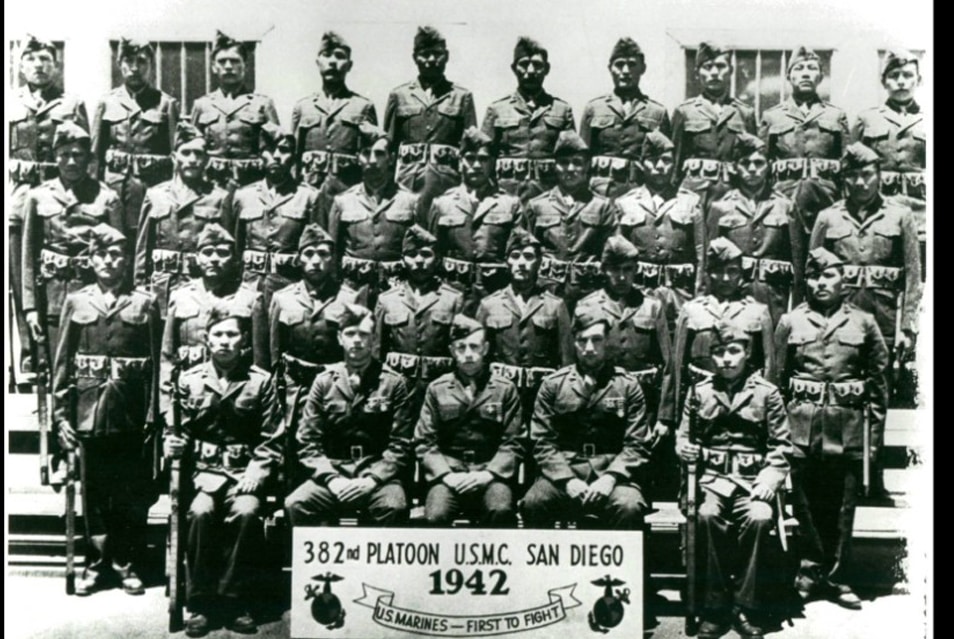 The United States Marine Corps has proudly participated in every war that involved the United States. The Corps, as it is known, was created on November 10, 1775 by act of the Continental Congress. Originally formed as two battalions of Continental Marines to serve as infantry troops cable of fighting both at sea and on shore, the role of the Marines has grown and evolved. It is often known as “America’s third air force” and “second land army.”

During the Second World War the Corps attained prominence for its theories and practices involving amphibious warfare in the Pacific theater. During that time the use of “codetalkers” became a common way to ensure vital information could be relayed from offshore naval units to the so-called “grunts” breaking out of the beachheads.

There is an old saying that the pen is mightier is the sword, but tell that to anyone under fire and they’ll likely disagree. However, the role codes play in formulating a plan and during its execution can be the difference between winning and losing.

This is why ever since man went to war, there have been codes, ciphers and other ways to protect valuable information from falling into enemy hands. The use of codes and even codetalkers was not new to the Marines by a long shot. World War II was very much a war of codes.

A world away, the Germans relied on advanced technology (at least for the day) in the way of the Enigma Machine, but hardworking code breakers were able to unscramble the information and often had the dispatches almost as quickly as they went out. The same never happened with the USMC using Navajo “Code Talkers” in the Pacific Theater. But that is just part of the story of the Marines codetalkers.

The Cherokee and Choctaw Code Talkers

The USMC was not the first branch of service to utilize Native Americans to transmit messages. During World War I it was reported that a group of Cherokee troops serving with the American 30th Infantry Division relayed messages while under fire. And in the final days of the war Captain Lawrence of the U.S. Army called upon eight Choctaw men of the 142nd Infantry Division to transmit messages during the Meuse-Argonne Offensive.

These two incidents were enough that Adolf Hitler expressed concerns before the war that the United States – or other powers including Canadians – could employ Native American language. It has been suggested that Hitler even sent a team of anthropologists to the United States in the late 1930s to learn various Native American dialects. During World War II there was limited use of Comanche code talkers, but such tactics were generally not employed in the European theater of operations.

The Code Talkers of the Pacific

While the U.S. Army may not have used code talkers to great effect the USMC did see the potential, and turned to the Navajo thanks to insight from Philip Johnston, a civil engineer for the city of Los Angeles. Johnston, a World War I veteran, happened to be raised on a Navajo reservation as the son of a missionary. He was one of the few non-Navajo who spoke the language fluently and understood its complex grammar. Johnston also knew that it was not mutually intelligible with any other Native American language, and that it was largely unwritten. It was only spoken on Navajo lands of the American Southwest – and by some accounts, fewer than thirty non-Navajo could even understand the language.

This made it a nearly undecipherable code, which was something that certainly appealed to the Marines.

Johnston met with Major General B. Vogal, the commanding general of the Amphibious Corps, Pacific Fleet, and in early 1942 set up a demonstration which showed that Navajo men could encode, transmit and most importantly decode a three-line English message in twenty seconds.

This is notable given that at the time most machines would require at least thirty minutes to do the same thing. The Marines recruited about 200 Navajos, with the first 29 attending boot camp in May 1942. All of those men have since passed away, but those who came later credit what those first 29 accomplished.

Among those who served during World War was Peter MacDonald, Sr., former chairman of the Navajo Nation and Navajo Code Talker with the 6th Marine Division.

MacDonald spoke to this reporter during a visit to New York City in 2009:

“Obviously the first group of Navajo that went in for the purpose of developing a special code, a military code, was back in 1942. Shortly after Pearl Harbor, and then of course when it was realized that the Navajo code was very successful, they started recruiting more and more Navajo to join the Marines. And in 1944 I joined, and that was when I began to see there was much more beyond the Four Sacred Mountains where we lived.

“It was something seeing the outside world. There were cities with skyscrapers that looked like the canyons in our world, and of course all sorts of different people, black people, Chinese people and white people. Most strangely for me at the time was that the languages were all so different with these different people, and of course the Marine Corps language, or the military language was also different! It was a military language and we had to learn all of that.”

This was certainly eye opening, as MacDonald explained:

“We grew up in a world that was nothing but Navajo. Until I was nine years old I didn’t know anyone but Navajo live in this universe. This was until I began to see white men traders, with whom we traded from time to time. And from time to time you would see other tribal members. But other than that my thought was that this world was comprised of nothing but Navajos. And so we did our thing, herd sheep, take care of the animals, raised cattle and farmed. We practiced our ceremonies and our religion and tradition, and things like that.”

One unique point MacDonald made was that he never thought of himself as an “Indian!”

“I didn’t think of the Navajo as Indians. We watched cowboy and Indian films, and I didn’t think of Navajo as Indians. At least I thought of the Indians as some other people with features, because the Navajo didn’t wear feathers. And we didn’t dress in buckskin, like you see the typical Indian. So my thought was that I was a Navajo and those were Indians, and they are different. They live different and they talk different, and of course they fight with the cowboys and cavalry. We all wanted to be the Lone Ranger, and no one wanted to be Tonto.”

When the war came these men weren’t so much rangers but Marines. This included a man named Chee Willetto. He had been drafted by the Navy after lying about his age, and when he was discovered to be Navajo he was sent to the Marines.

“After that I went to basic training for eight weeks, and after that went to Camp Pendelton, and I found myself with more Navajos in the barracks. And then I found out that we’d be carrying communications equipment. At that time I did not know we were going to use our own language. I later heard that the first 29 Navajo who volunteered had made the code, and I had to be taught the code.”

The Navajo language was so complicated it still required a code of its own, which MacDonald explained:

“Why was a special code even needed? No one really even talks about that part of it. From what we were at the time, the Japanese were intercepting and decoding all of the military codes that were in use at the time, particularly in the Pacific. They knew exactly where we were going to be at a certain time, and what sort of equipment we were going to be delivering and using. And they’d be waiting for us at the other end. It was difficult to spring any sort of offensive maneuver without the enemy knowing about it.

“So they needed a code that the Japanese could not understand, and more importantly was unbreakable. So they searched, and they came upon the Navajo language. Again, that is another story, why did the Marines choose the Navajo language as opposed to the Cherokee language or some other language. But the Navajo language was chosen by the United States Marine Corps and the United States Navy, because they were having all the problems with the Japanese in the Pacific. So once it was decided, then the first 29 Navajos that went in just a few weeks after Pearl Harbor developed a code. This was so that not even another Navajo could understand. That became a successful code, and more and more Navajo were recruited as the war went on, until at the height of the war there were over 400 of us who learned the code and used it.”

A codebook was developed to teach many relevant words, but it was only used in the classroom. Thus for these men – many of whom had no formal education – it had to be learned and put to memory. This meant that uninitiated Navajo speakers couldn’t translate the messages either.

So important was the Navajo code that at the Battle of Iwo Jima Major Howard Connor, 5th Marine Division signal officer, had six Navajo working around the clock. These men sent and received more than 800 messages, all without error. Connor has been quoted as saying, “were it not for the Navajos, the Marines would never have taken Iwo Jima.”

After World War II the Navajo code talkers were used again in the Korean War, and even in the early parts of the Vietnam War. It is known to be the only spoken military code never to have been deciphered by the enemy. 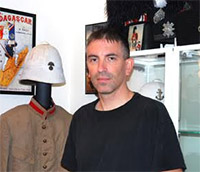 One thought on “Unbreakable: The USMC Codetalkers”