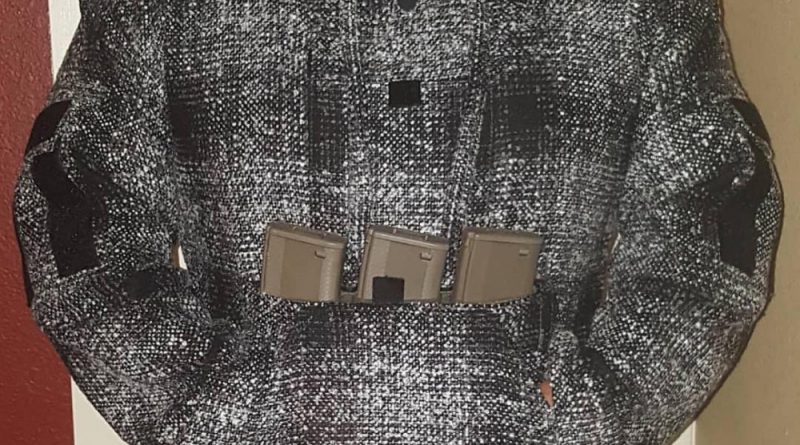 There are only a few of the first batch of California Combat Hoodies left. If you want “tactical drug rug” (modernized Baja style hoodie) you better get one ASAP.

The California Combat Hoodie is built by Aaron Russel of Oceanside-based All Skill No Luck, in a design collaboration with Nathan Murr. Russel is a former resident of the Camp Pendleton Home for Bloodthirsty Boys; Murr shares a similar background and is the creator of the Gripstop (among a plenitude of other things).  The pullovers are sewn from fabric assembled in alley-front shops in Mexico then driven to the border for handoff; that’s why they’re only able to release small batches at a time. 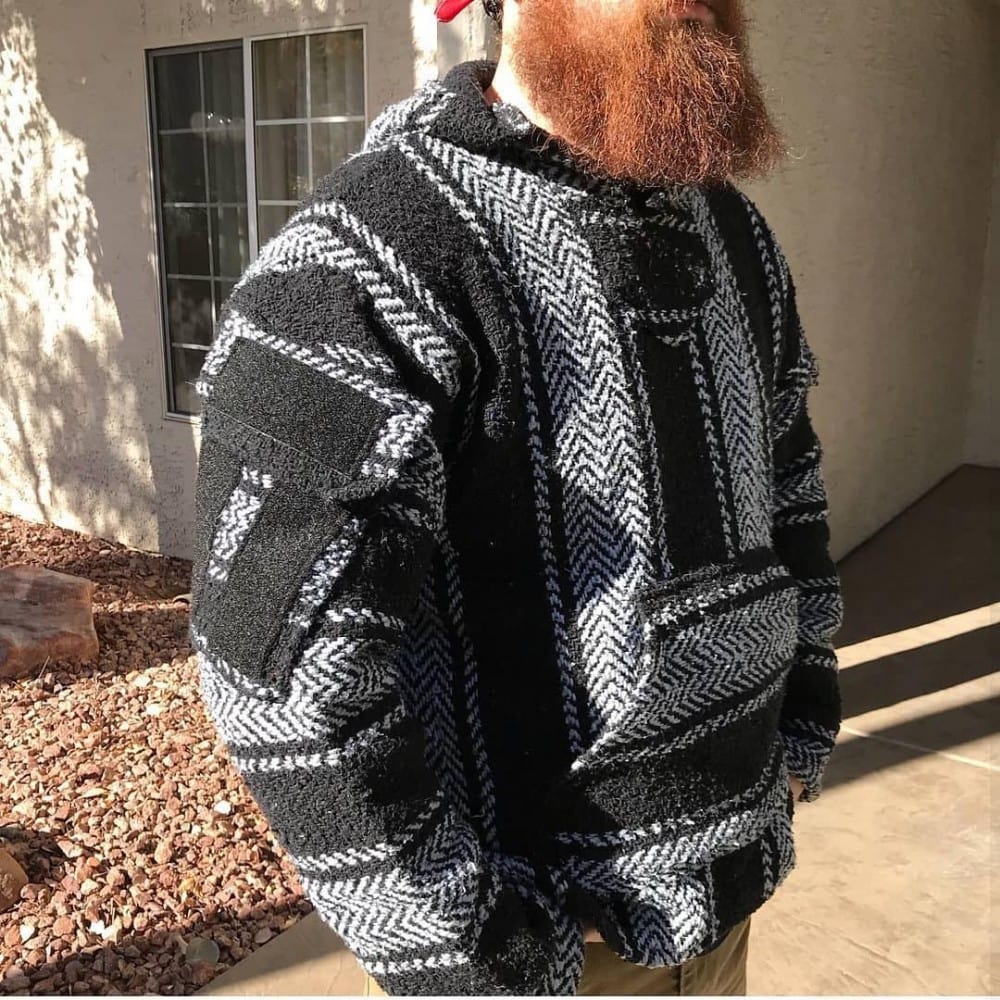 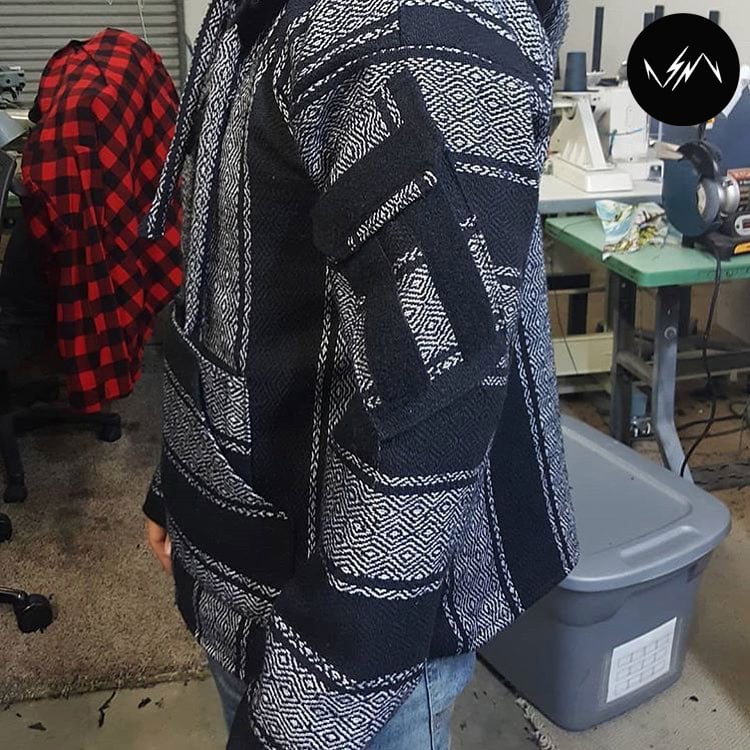 “What initially started out as a sort of fun, one-off project just for the sake of doing it, quickly turned into a legitimate product because of the overwhelming interest and support we received,” says Murr, who piqued a lot of interest at SHOT Show 2018 with his prototype. “When that many people surprised me, with such overwhelming enthusiasm for a modernized Baja hoodie…there was only one company I could think of that could pull this off with quality and style. I cold-called Aaron Russel at ASNL and asked if he was interested. Aaron laughed and said that he was working on his own version and that I had beat him to the punch! That wasn’t true, as Aaron had thought of a lot of the great concepts that we rolled into the final design.”

The collaboration started, but the hard part proved to be finding the proper material. There are only a handful of companies that produce the traditional fabric called “Jerga” Baja type garments are made from, and after months of extensively searching, All Skill No Luck located a manufacturer.

This updated classic Baja hoodie has appealed to fans of the legacy design from all walks of life. The “combat shirt” style pockets of the California Combat Hoodie is but one reason. 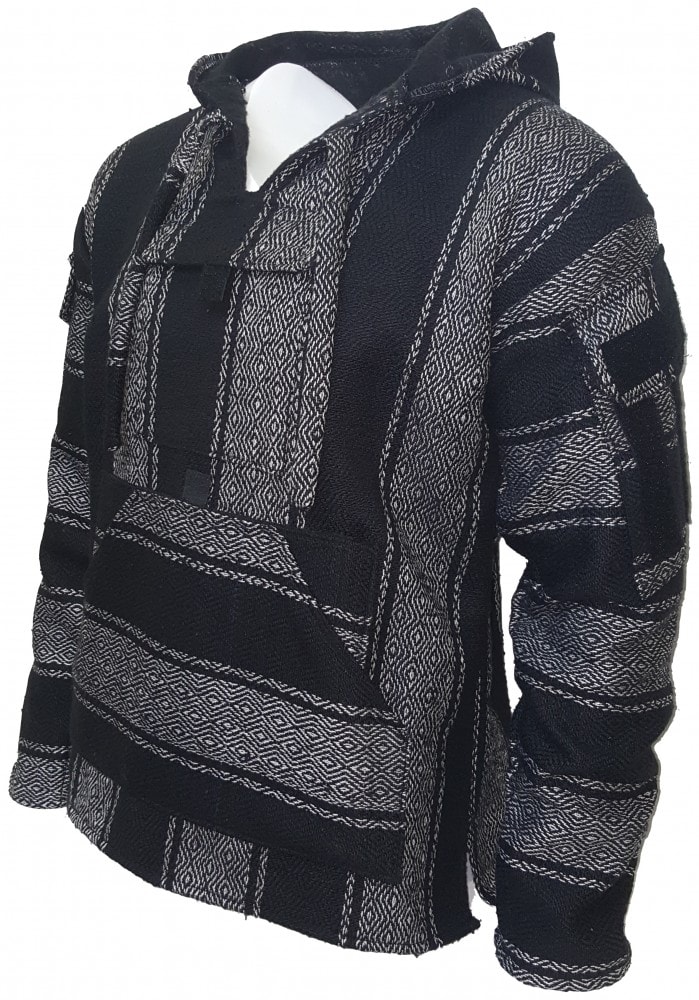 Murr explains this aspect of the garment’s appeal.

“Pockets are never a bad idea. Look, men generally don’t carry purses. Carrying a backpack everywhere is annoying. We have a limited amount of pocket space as it is, which is consumed even faster if you carry a gun, spare mags, light, TQ, etc. It doesn’t matter if you CCW or not, you have to carry your gear somehow. The more pockets, the better! We wanted to give the garment flexibility for that, regardless of how you intend to wear it. It could be skating in the city, riding your motorcycle, hiking in the woods, trailing a suspect down a busy street, or laying justice down on a cold desert night 7,000 miles from here. It has the features to do it all, and carry it all securely.” 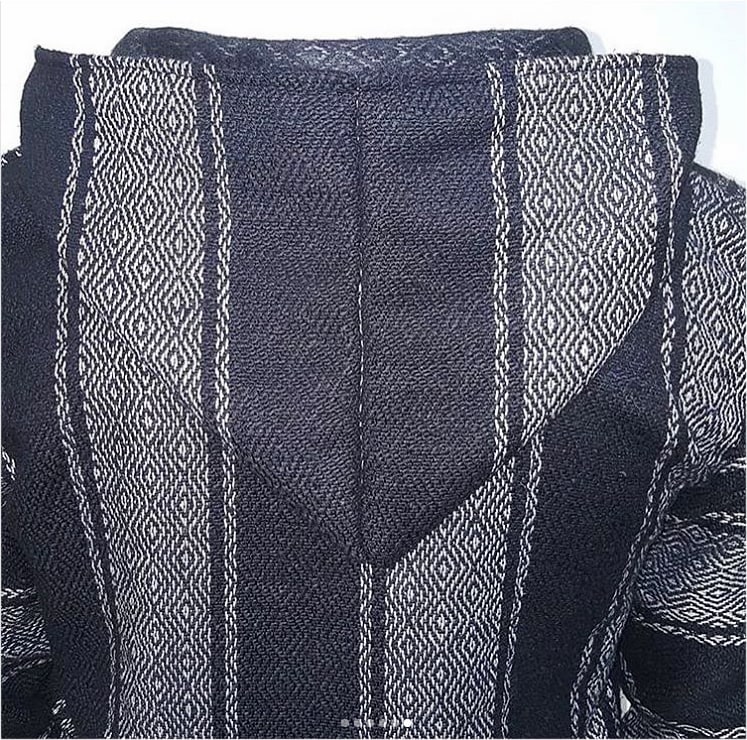 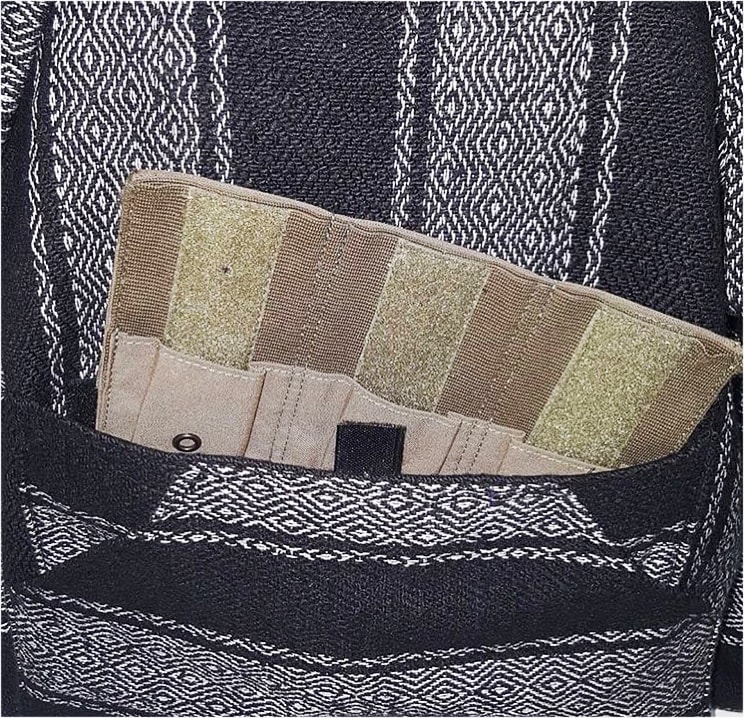 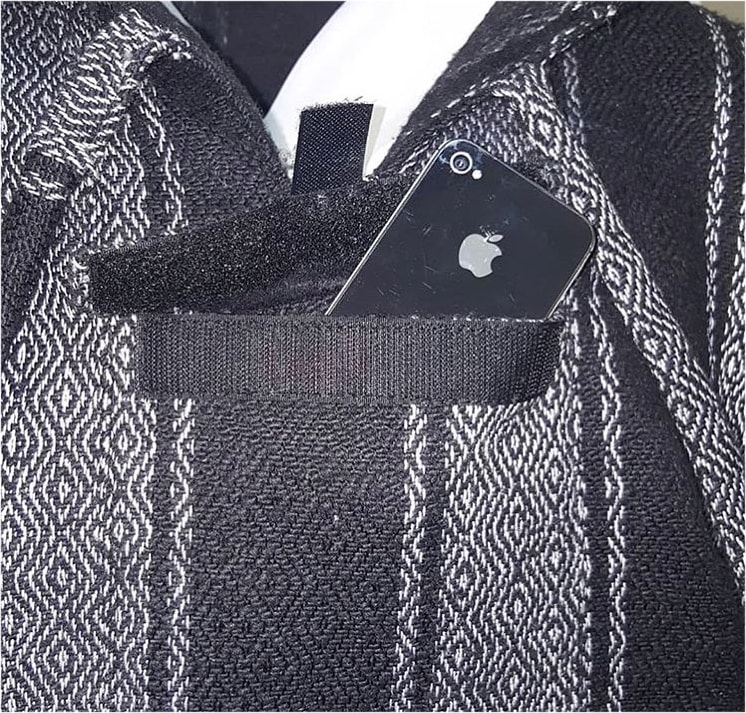 -100% authentic, Traditional Jerga fabric and pattern.
-Handwarmer pocket.
-Velcro lined, securable Kangaroo pocket for a 3 cell M4 mag insert. This pocket can also be used to organize and hold other gear, such as a pistol, radio, medkit, etc. when used with other industry common hook-backed pouches.
-Small Anorak style pocket located high-center of the chest.
-Two sleeve pockets with easy to remove external loop velcro if not using IFF markers
-Generous cut hood for use over other headwear
-Internal loops to attach a concealed cummerbund for carrying heavier loads in the Kangaroo pouch.
-Designed by veterans, Made in America.
-Introductory price of $80.00

As you can see, they’ve been sewing like fiends and are quickly running out of fabric. 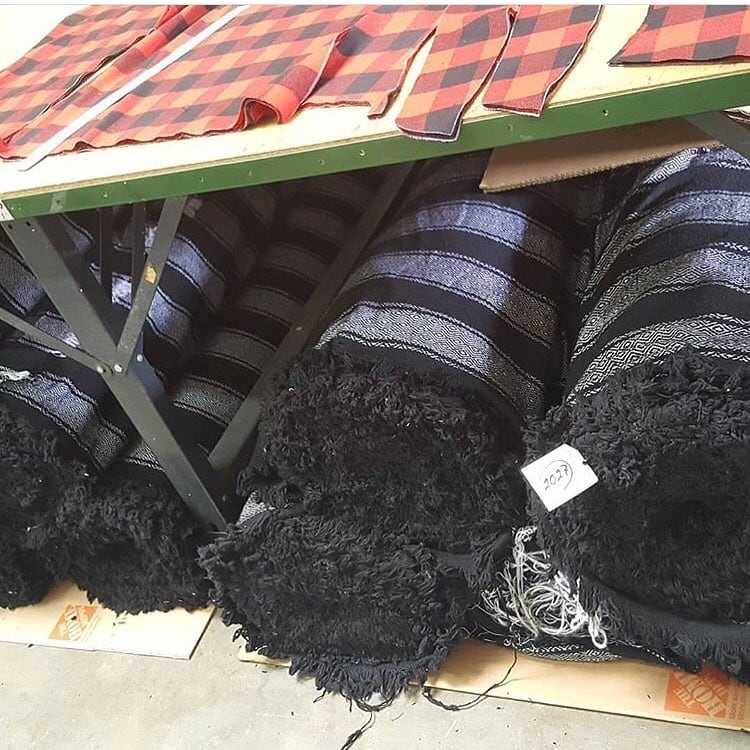 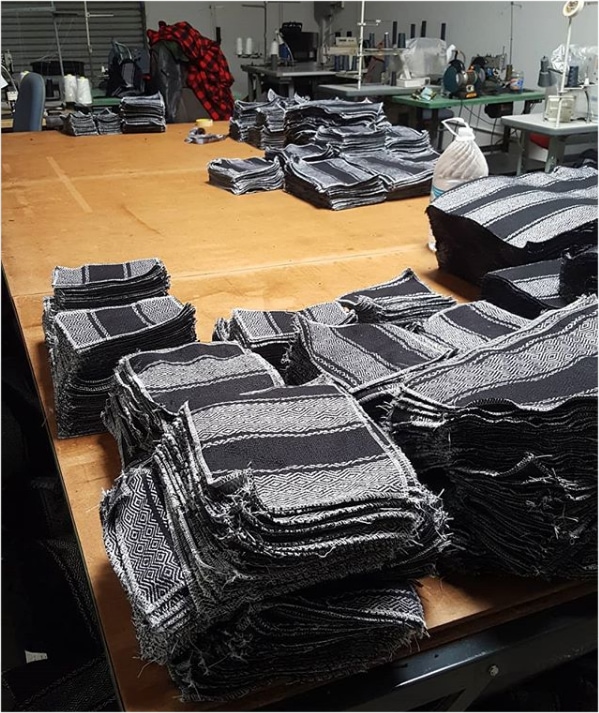 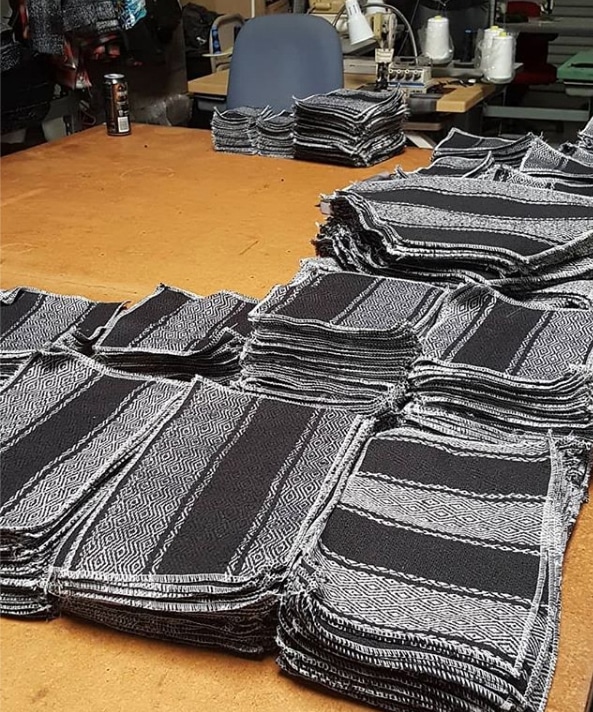 If they’re out of hoodies by the time you get there, don’t sweat it. You can get one of their combat shirt style flannels to tide you over (they’re even on sale!).

Now holler at your friends and let ’em know. 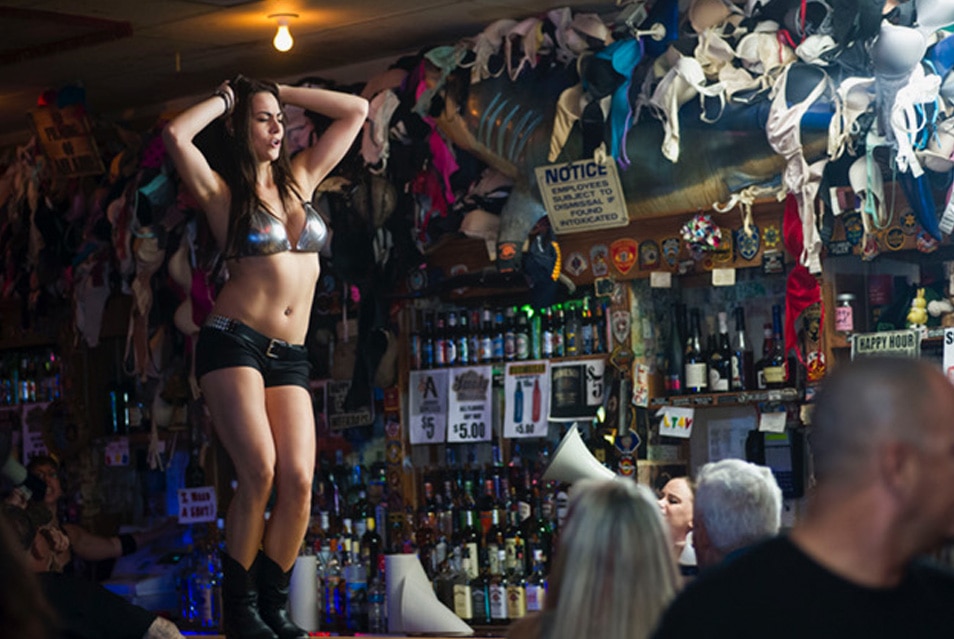 Southernly Zen: coffee shirts, crafting stuff, and the start of an empire 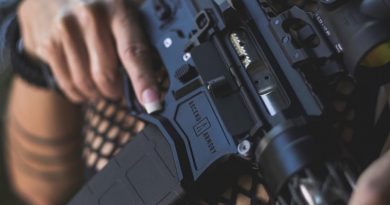