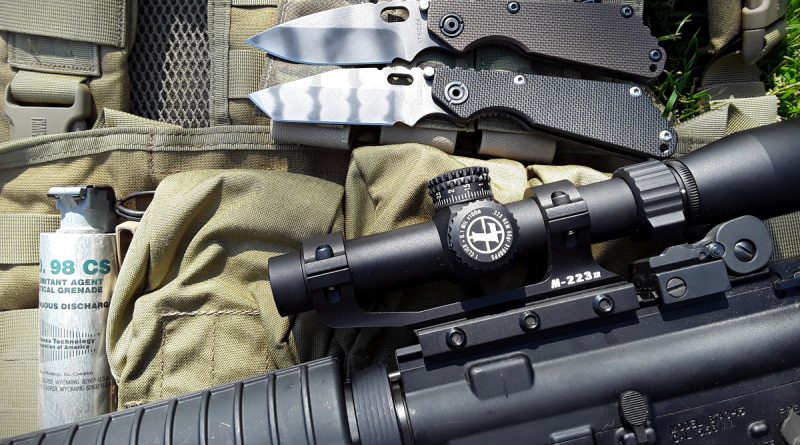 Mick Strider began making knives for members of the military back in the late 1980s. His drive was to provide edged tools for warfighters, and he did that in fine style! The early knives were fixed blades that found their way to the front lines.

The first Strider folders were the AR and GB series. Both were extremely heavily built, large folders meant to take a lot of abuse and continue functioning. These huge folding knives are not for everyone due to their size. A few years went by and Strider introduced their next knife in their folder line, the SnG.

People often ask what the letters of various Strider Knives names stand for. They are the initials of people after whom the knives have been named. Often, the initials are those of fallen heroes of the armed forces or law enforcement. Strider does not readily release the names, instead preferring not to profit from the sacrifices of the fallen, but rather to pay homage to them.

Back in 2017, Mick and Duane parted ways, with Duane heading off in another direction. Currently, Mick runs SKI (Strider Knives, Incorporated). The SnG is appreciably smaller than the AR/GB line of folders. Despite its smaller size, the SnG is still an extremely well-built, stout folding knife. In fact, it is a smaller version of the SMF (Strider Military Folder), which received a National Stock Number, as it was issued to the US Marines SOCOM.

The overall length of the SnG is 8.125 inches, the blade is .165 inches thick, with a weight of 4.6 ounces, and a blade length of around 3.5 inches. The blade steel most often seen is S30V, but it is not uncommon to see runs of SnGs made with PD-1 Micro Melt and Z-Wear steels. Prices on the latter two “super-steels” command a premium on the secondary market.

Speaking of prices, are Strider Knives worth the price? First, let’s look at what the buyer gets in regard not only to the piece of gear he is investing in, but also the services offered.

Let’s Talk About the Value of this Knife

The quality of the SnG is extremely high; Strider uses the best materials. The locking side of the knife (these are frame locks, by the way) is thick Titanium, with the non-locking side of the handle being comprised of G-10. We’ve already discussed blade steels. The washers are phosphor bronze. All told, the SnG is a very simply designed folder, and there are few components.

The handle shape, at first, looks a bit odd. It is wider toward the butt, while going toward the choil the handle becomes slightly thinner. This may look slightly unorthodox until you handle the knife, when all of a sudden, the light bulb goes off! You grip the knife and that flared end locks your grip in and drastically reduces the chance of the user’s hand slipping off during heavy use. It is pure genius!

Another quality of these knives cannot be described merely in an article, and that is the feel of the tool in your hand. When you grip one of these knives in your hand, the most often uttered words are, “Holy shit! This thing is awesome!” I cannot tell you how many people have said precisely those words! The reaction is practically universal, and whether online or in person, words to this effect are what you will hear.

Over the years, I’ve owned a large number of Strider Knives  folders (and some fixed blades), and I’ve actually tried to break a few of them just to see if I could. Slamming the blade into a tree with heavy cuts, stabbing into wood and ripping the blade out at a hard angle, prying…nothing broke them.

Each knife is made from handmade components, hand fitted together, comprising the overall knife. The finish is sometimes criticized as not being pretty. Well these tools weren’t meant to be pretty, they were built to perform in hostile environments. Many of the blades receive their trademark tiger striped finish that Strider is known for.

However, Mick does have an MSC (Mick Strider Custom) line in which the knives are exquisitely finished in various methods, for those who are more discriminating in such things.

How well do these knives cut? I’m glad you asked. They cut really damn well! Especially the spearpoint version; it is a slicing machine! The choil allows the user to choke up on the blade if necessary, and there is jimping on the back of the blade that really facilitates cranking down on the blade and slicing. The 3.5-inch blade has a nice amount of belly and seems to handle most any cutting chore that you’d encounter with a gusto.

The tanto’s main edge is very sharp and great for cutting chores. The front edge of the tanto is not very sharp at all, and some people complain that it’s dull. This is done by design since the point of a Strider tanto is primarily meant for stabbing holes into things. Want to put a hole in the skin of a car or vehicle? No problem, this tanto will do it and shrug it off as though nothing happened because of the very obtuse grind angles. The tanto style blade is also excellent for prying such things as doors and windows open without worry about harming the tip of the blade. On top of it working amazingly, the tanto tip simply looks cool as hell, and looking cool never hurts!

The overall size of the SnG, for me, works perfectly; not too large, not too small, just like the Three Bears story. Then again, I have small, girly hands. Some folks with bear paws opine that the SMF (the larger version of the SnG) is pure Nirvana. Among Strider-holics, there is an unending banter back and forth about which one is the best version, and so far, the SMF guys haven’t realized yet that they’re wrong. Perhaps one day…

And Then There’s Strider Customer Service

So what does happen if you do manage to break one of these knives? Well, Strider will fix it for you. Period. Yes, it’s that simple.

Of course, there are now varying degrees of what is considered reasonable. A number of years ago, people would try to chop a concrete block in half with a Strider, which would eventually destroy the blade, and then they’d send the knife in wanting it replaced. Strider did replace these blades, but it was an idiotic abuse of the warranty on the part of folks who wanted to take advantage. So if you buy a Strider and idiotically subject it to things that a knife simply cannot
endure, they will not continuously replace it for you.

On the other hand, for example, if you’re a cop and used a Strider to pry the door of a burning vehicle open to get a victim out, they will replace anything on the knife that is needed. If you’re in the military and happen to break your knife, they will cover you. The moral of the story: if you’re not being a moron and trying to take advantage of their kindness, Strider has you covered. You just pay shipping. They will also sharpen any Strider knife for free.

That brings me to my next observation about Strider. They aren’t just knives – they are a community. Mick has donated more knives than I can count to various charitable causes, ranging from kids needing medical operations to raising funds for our military, to simply donating knives to units or military members who need these life-saving tools. The man is insanely generous!! Aside from that, he is a very down to earth guy to just hang out with. The people who use these tools, simply put, tend to stick together and stay in touch as a community.

Do these knives live up to the hype? Absolutely! And then some.

Strider Knives have excelled in some very inhospitable places all around the world, used by operators in every branch of the armed forces imaginable. And they will continue to be used for years to come. Check them out and discover the wow factor for yourself!

Jim Davis has 4 posts and counting. See all posts by Jim Davis