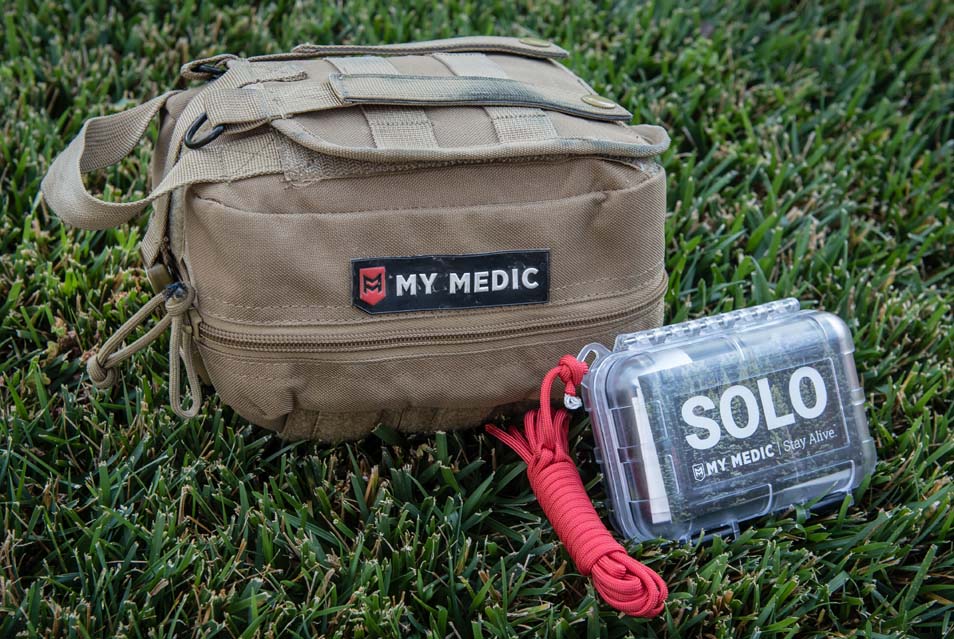 No one in their right mind wants to need a medkit, sane people want just the opposite. But the reality is, everyone MUST have a medkit. Here, Sara Liberte tells us about MyMedic and their first aid kits.

I’d been trying to find a good med kit for years, but there’s so much junk out there. Most first aid kits are just full of band-aids, and that won’t cut it for me. If I spend a few days hiking in the middle of nowhere, a band-aid won’t help me if I get seriously hurt. I gave up on my search for a few months following my second hip surgery, since I wasn’t going to be out in the woods anytime soon. But before I knew it, I was back in action and ready to get back outside. That’s when my search brought me to MyMedic. They claimed to be “Making The Best First Aid Kits On The Planet” and after looking them over, I was pretty convinced they do indeed make the best first aid kits on our strange planet called Earth. 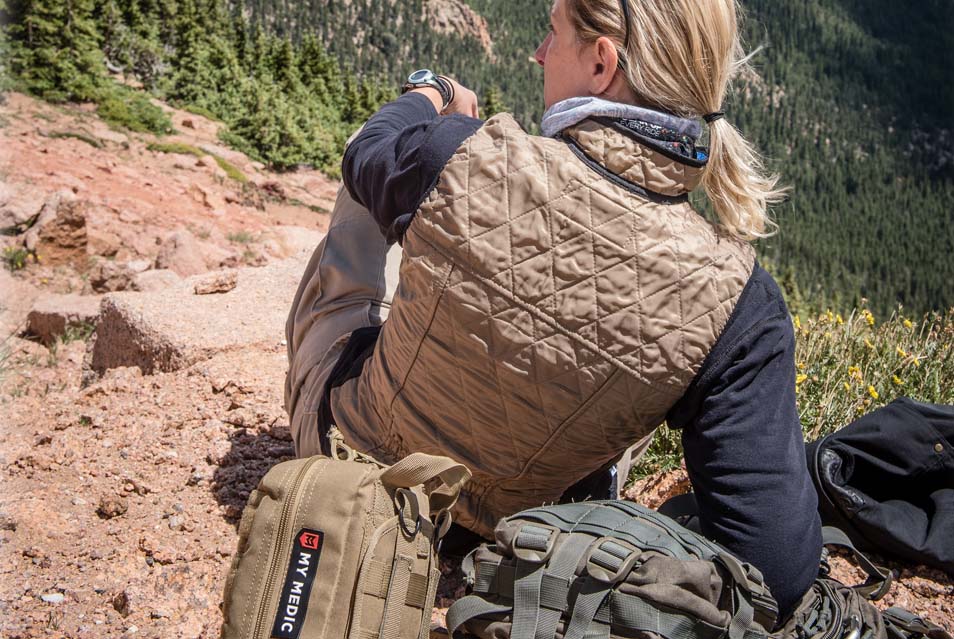 I got in touch with MyMedic to learn more and spoke with Ryan Welch, one of the founders. The story of how this company was built is pretty intense.

Shortly after returning from his most recent deployment to Afghanistan as a Sapper Platoon Leader in the U.S. Army, he met his now-wife Sarah. Later, after they were engaged, she told him about her father’s death.

His father-in-law had been in a terrible car accident. An unlicensed semi-truck driver turned left in front of him, and there was no way for Sarah’s father to avoid crashing into the semi-truck. There was a witness to the crash driving immediately behind him who stopped, got out of their car, and did nothing to help. The bystander didn’t have any medical tools or knowledge, and subsequently, Ryan’s father-in-law passed away at the scene of the crash. 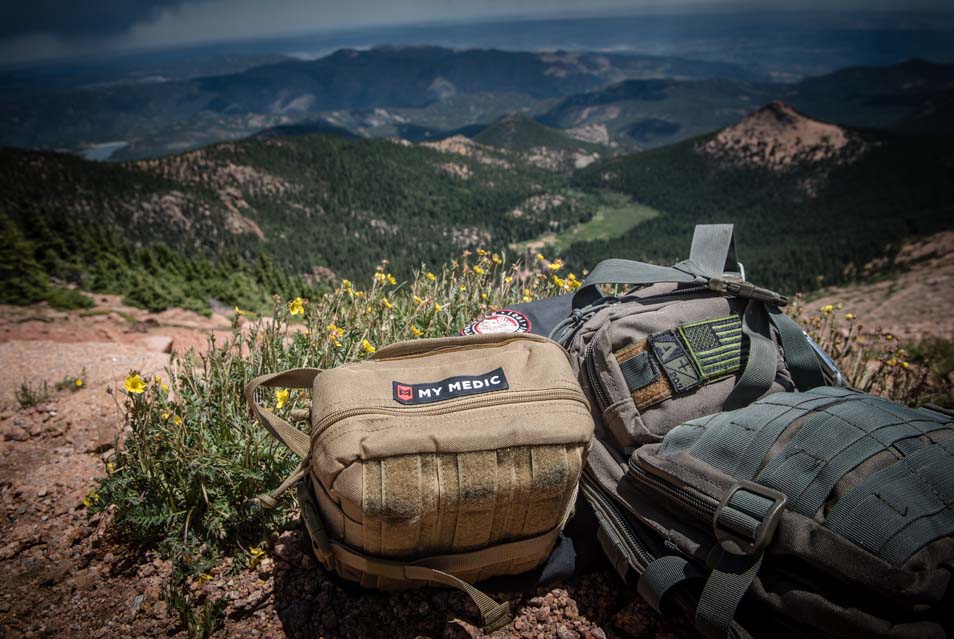 The My Medic First Aid Kit is a necessary part of your kit.

This news was a terrible shock to the family. The insurance companies did their thing and a lawsuit was filed against the trucking company. Ryan, who was still on active duty, told his wife it would be years before this ever went to trial, longer for a verdict and even longer for any settlement or award to be granted. Ryan got a call a few weeks later letting him know that the verdict was in. He informed his fiancé it would be years before they ever saw the settlement money and he thought it best to just move forward, he in the military and her as a nurse.

Later, Ryan got another call but this time it was the very next morning: the money had been deposited into their account. Not at all what they had expected.

Helping Others by Investing in Tools and Knowledge

Ryan’s wife and her three siblings got together and made the decision to do something good with this money. They felt as though they hadn’t “earned” it so they weren’t going to just spend their inheritance on “things”. The idea they came up with was driven by the very tragedy that found them in a position to help others: they would use their inheritance to build a company that would put tools and knowledge to save lives into as many hands as possible, to help people “Stay Alive!” 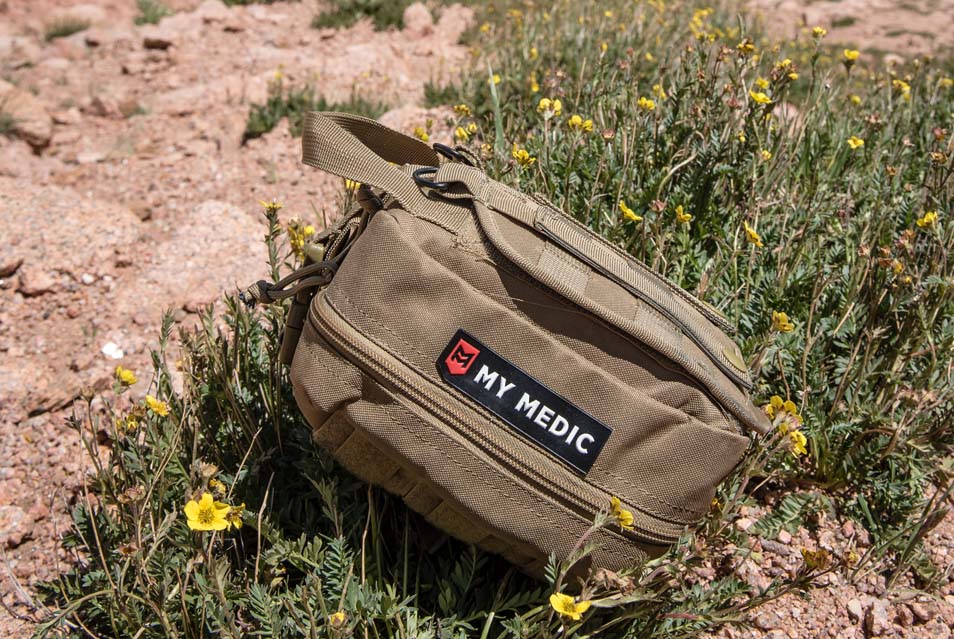 MyMedic’s motto is #stayalive, and the fact that their motto is slightly quirky and energetic in an industry built on fear should tell you something. They’re different. 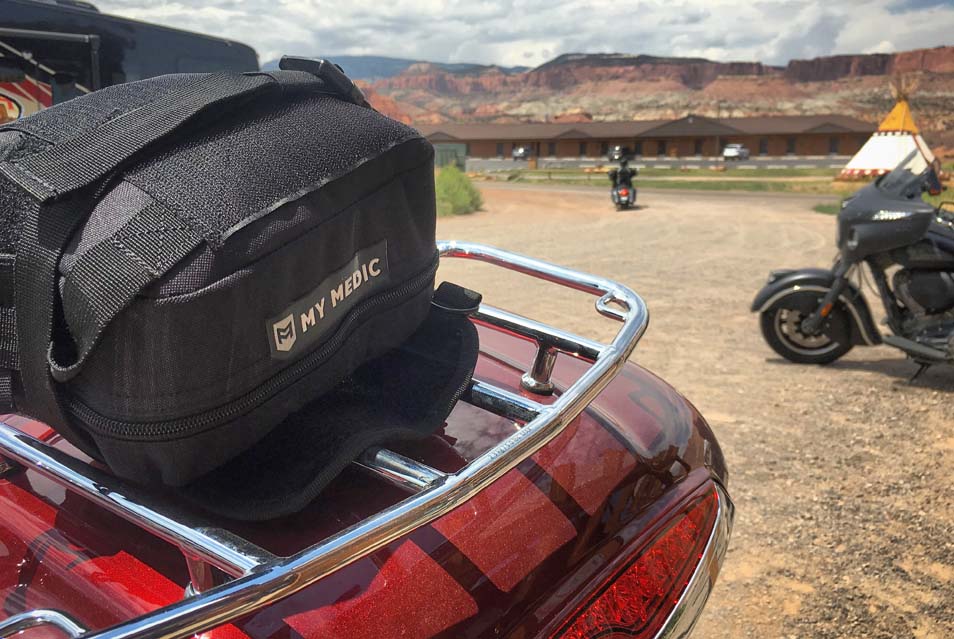 The My Medic First Aid Kit.

What sets this company apart is not only their story and passion but their process. I had a chance to investigate their methods and here’s what I found. They have in-house experts with tactical, medical, sports, and adventure backgrounds who design everything from the ground up based on the injury data for that particular kit’s purpose. They also partner with outside experts in those fields.

All of their first aid and trauma supplies, as well as the bags and cases, are rigorously tested. Then MyMedic field tests their gear with their ambassadors, get their feedback and refine the product. Sometimes they spend up to a year to produce the highest quality kit before selling it to the public. They have “general” kits built to cover a wide variety of injuries and keep it simple by offering two levels. “Basic” has only first aid items. “Premium” has all the same first aid supplies as the “Basic” but also has trauma goodies like tourniquets. They also have a separate line of “Specialty” kits that come in one build. These are highly specialized for a certain activities like off-roading, boating, or tactical environments. 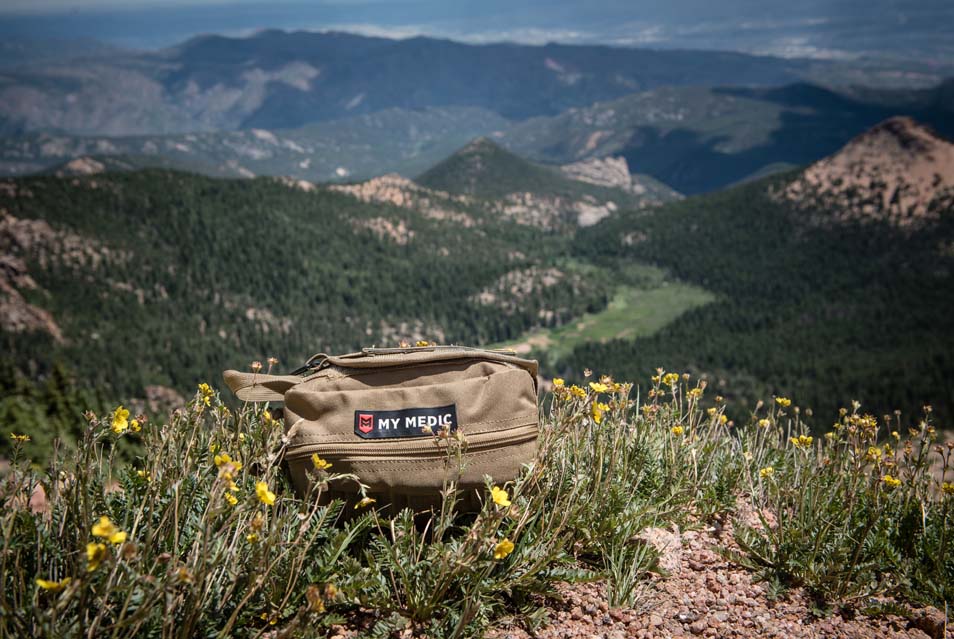 My Medic First Aid kit is perfect for the adventurous lifestyle.

MyMedic kits aren’t cheap but aren’t expensive either, and are very fairly priced for what you get. Each Individual First Aid Kit (IFAK) goes out the door with a 100% lifetime guarantee (no pun intended). A handwritten note tucked inside each kit wishes the buyer nothing but the best for all of life’s adventures. The note promises that the kit will serve its purpose should the need arise. And hopefully, that need will never arise.

These guys care about people more than their bottom line. So, support a small American business, check these guys out and #Stay Alive!