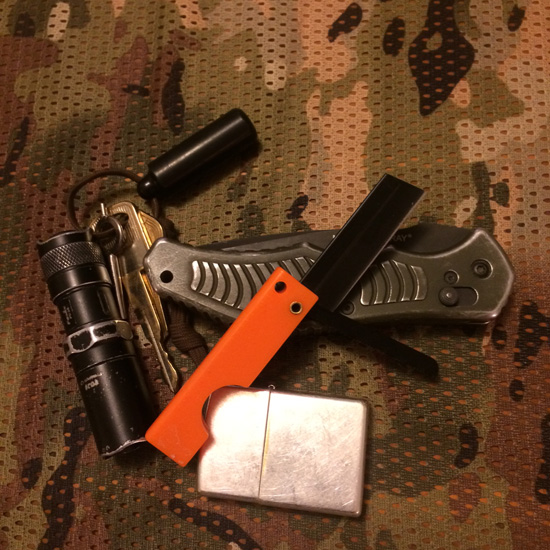 Check out the “SaberCut Razor Saw” survival tool – it’s a nifty little gadget we’ve been using for a while.

We are big fans of what can best be described as survival gadgets. Little, everyday carry items that fill a niche for one thing or another. Fire steel, mini flashlights, match capsules, button compasses, that sort of thing. Slim suggests that my love of these cheap nick-knacks borders on the side of obsession, but that asshole has just as much gear as me, and steals anything I let sit unattended.

He also once used my shemagh as a wank sock, but that’s a story for another day – remind me to tell you about how I polished the rusty sheriff’s badge with Slim’s toothbrush. 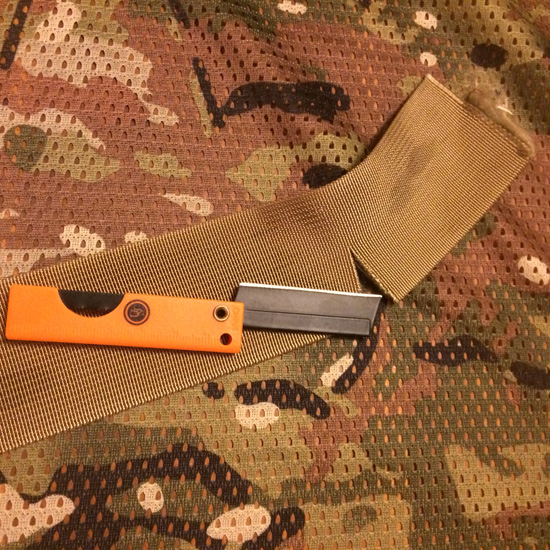 Recently we were scouting new items to rebuild our survival/E&E kits, when I stumbled upon this little knife/saw combo from Ultimate Survival. This company sells a wide array of small, cheap survival items that virtually anyone can afford. Although not a fan of “prefab” survival kits, these guys have some pretty decent ones (as well as some good individual components). After seeing this small, thin, 3 inch blaze orange folding razor knife, I decided to pick one up. It’s extremely similar to one a couple of our minions have carried in their wallets and bail-out bags for years and for under $9 bucks full retail why not? This little tool goes one better than those old ones, though; it has the added feature of a 24TPI hack saw blade. Cutting on the pull stroke, this saw blade will cut wood, PVC, and most metals.

The company claims that you can cut through a 3/8” piece of rebar in about 25 minutes. I pity the guy that had to test the saw to provide this time hack, which I’m assuming is an average. If you are in such a dire situation where you need to cut rebar with this tiny saw, you are probably pretty screwed. Things aren’t looking up for you buddy!  Regardless, I had no interest in trying to test this claim, so if someone else out there reading this wants to try it and follow up with us, cool. 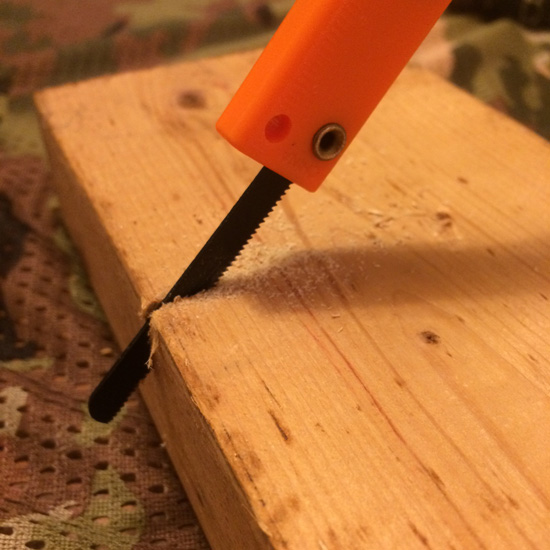 Neither saw nor knife blade will lock open, but the hinge is rather tight so as to prevent accidental opening and it provides friction to prevent unwanted closing. The blade is simple and thin, and it’s doubtful that it would survive strenuous abuse. That is fine with me, because of the intended purpose of this small knife, it can be used to cut cord, rope or webbing, skin small game, whittle small wood tools like a fire-bow or spear. Small enough to fit into an altoids tin survival kit or carry in your wallet, this knife is convenient enough to carry anywhere. I could even see you sewing in into a field jacket, SAS style,but don’t pick that coat to carry on board a plane. You’ll send some vigiliant TSA agent into an apoplectic fit.

Carried in your pocket as part of your EDC, it would be a great “sacrificial” blade to cut cord or open boxes with. This would keep your favorite folding knife razor sharp, and ready for more serious applications. The plastic handle is “textured” by means of raised bumps, creating hash marks for a three inch ruler. The opposite side is molded in the same way, providing 7 cm of measuring ability. What are you going to measure that’s three inches or less? I don’t have a damn clue, that’s on you.

STo there it is, a simple, cheap knife saw combo that you can find online or at several sporting good stores/ outdoor shops. If you are a survival gear guru, it’s worth picking up for your next kit build. Check Ultimate Survival out at the link below.