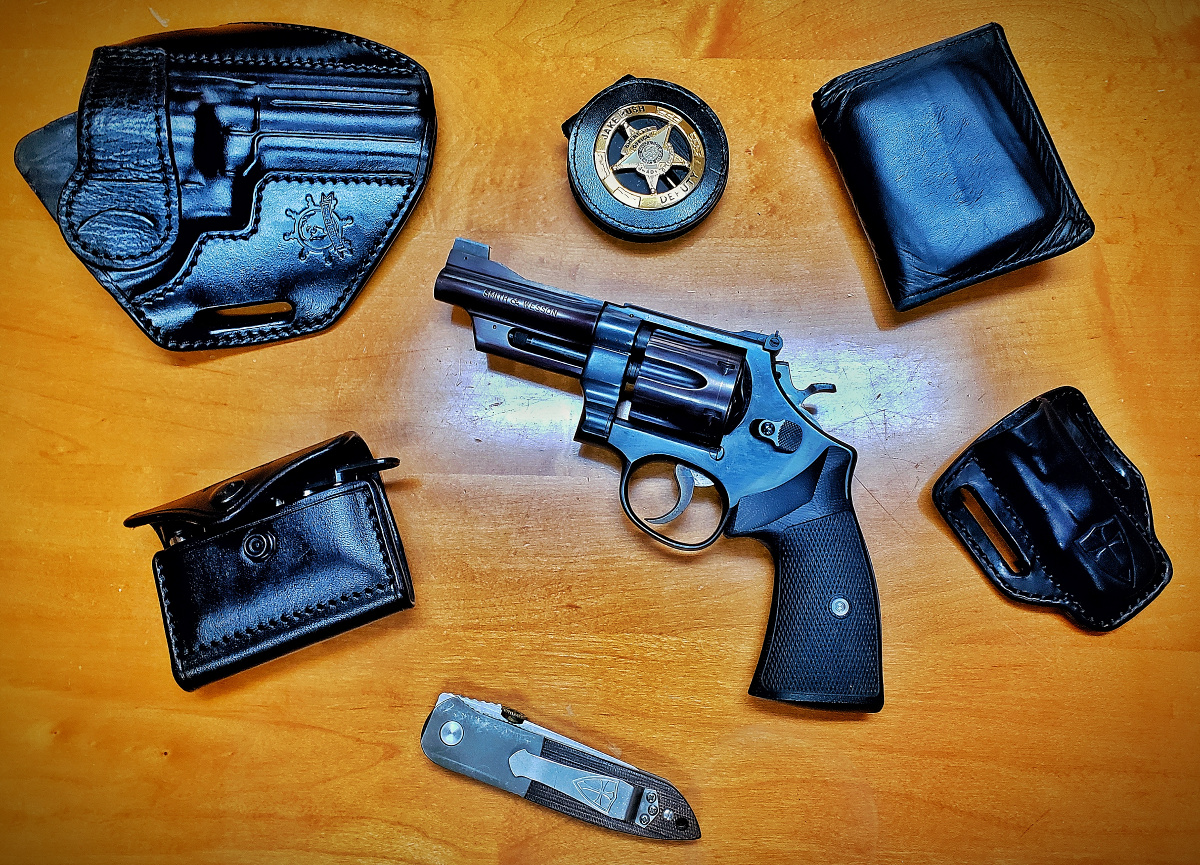 Several years ago, I became interested in wheelguns. I eventually found a custom Smith and Wesson 28-2 converted to .44 Special (a Skeeter Skelton special) by master gunsmith David Clements. A custom gun like that is too nice to sit in the safe and since I wanted to occasionally carry it, I went holster hunting. I asked a good friend, we will call him Uncle Voodoo, who is a retired cop and wheel gun extraordinaire, where to go for a custom holster. Uncle V. didn’t hesitate when he told me to seek out Wes Dahl of Privateer Leather.

I contacted Wes and after some very specific questions and a reasonable wait, Wes told me I had a package en route. I ordered a black Highwayman with shark trim and a Croc speed strip carrier. Also, I asked Wes if he would put my name on the back.

What arrived was simply the best holster I’ve ever had. The finish was amazing, and the fit was so good I knew I had a new holster guy. 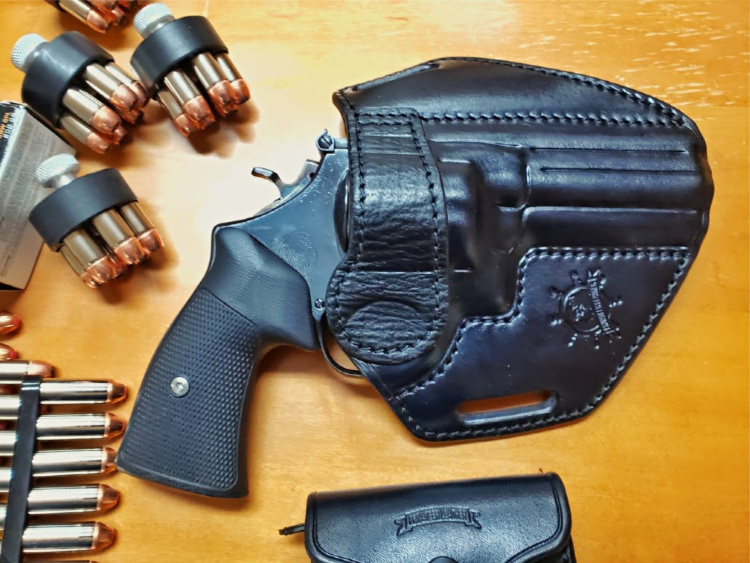 My .44 Special with VZ grips in the custom holster by Wes Dahl. 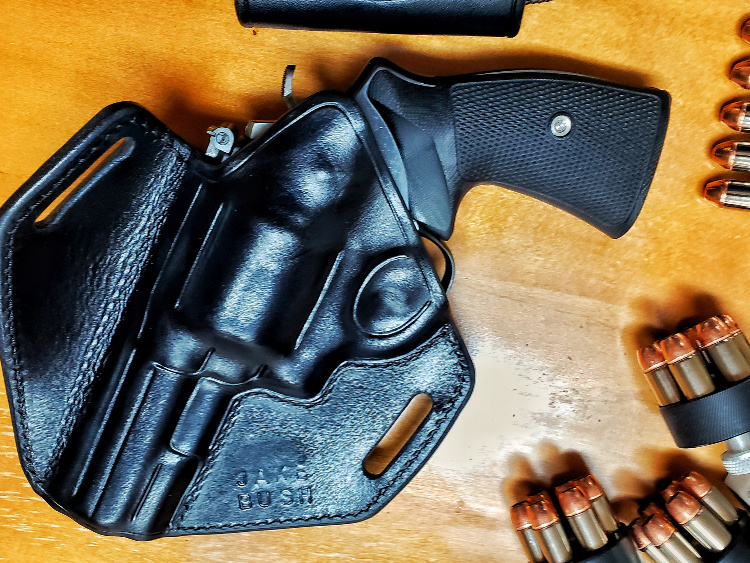 The backside of the holster is as nicely finished as the front and Wes even put my name on it.

When I put it on, I was really impressed. It held the heavy N frame revolver high and tight with the grip turned in. It’s hard to conceal a big N frame gun but it was easily covered by an untucked shirt or a suit jacket. The holster also handled the weight of the .44 Spl. When paired with my favorite gunbelt, it rode well — even after long hours in court under a suit. 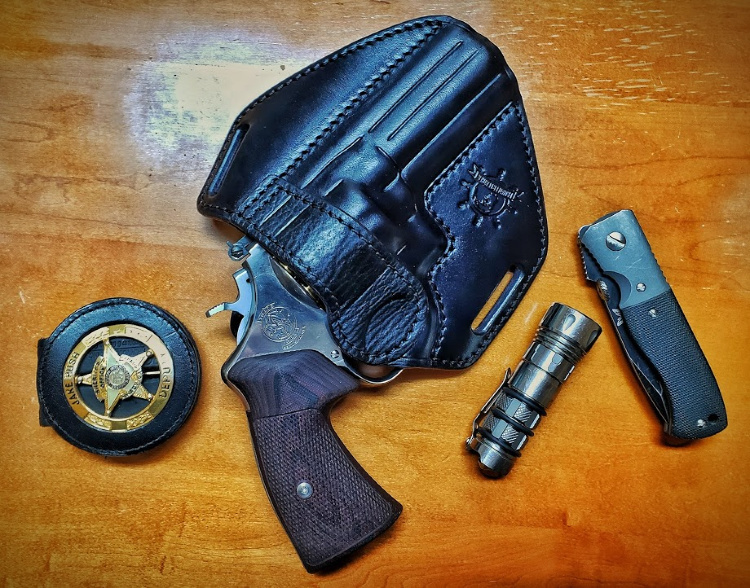 My 45 ACP custom N Frame Smith with Black Cherry VZ grips, a JetBeam Titanium Light, and my PoBoy CQC7. Wes made the holster to fit both guns so I could get twice the use out of it.

I’ve spent a bit of time on the range running the holster between the two guns. I feel perfectly secure carrying the big Smith in the Privateer Leather Holster.

The Croc speed strip holster is a wrap around which holds close to the belt. It is easy on and off, and uses a pull-the-dot snap for security. 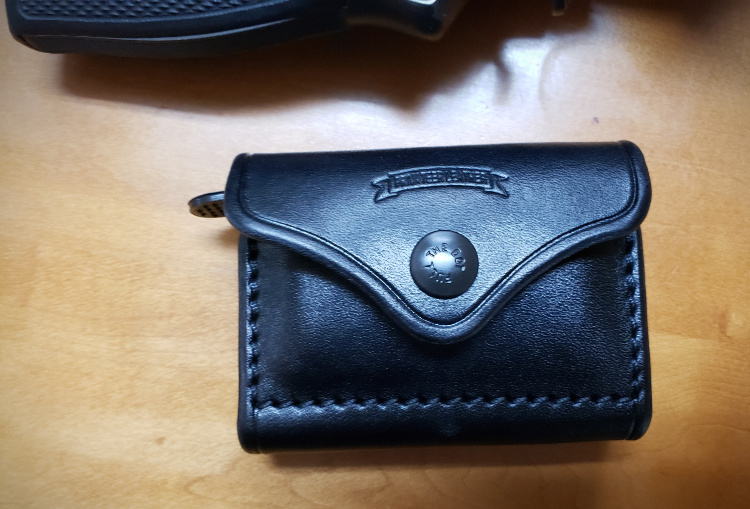 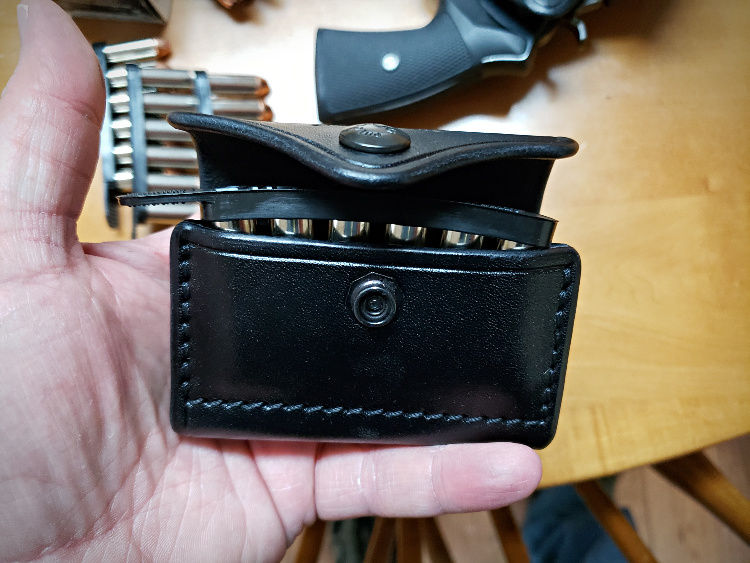 It’s not coming loose until you want it to. Wes’s turn around time was reasonable. His price was more than fair, and the product he turned out is exceptional not just in fit and finish but in function. I’ve since gone back to Wes and he’s working on another holster for another .44 Special, this time a converted Old Model Blackhawk. It’s the matching Skeeter Skelton Special, again converted by David Clements. A gun that nice deserves to be carried.

If you are looking for something other than kydex or polymer to carry a gun in and maybe even to show off a little I can’t help but pass along Uncle V’s recommendations and my own for Wes Dahl of Privateer Leather.

Check it out at Privateer Leather.